The Masked Swimmers - and other COVID swimming musing

Unmasked for racing of course but we have been blessed to go to two swim meets this month due to serious COVID masking and distancing during the meets. 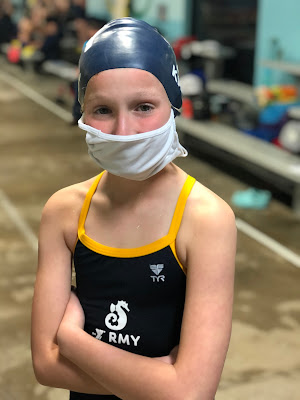 The first weekend of the month the girls and I trekked out to Greensboro for a Friday night and Saturday morning meet. I wasn’t super thrilled about staying in a hotel but we did. The place was dead so that made me feel a bit better. 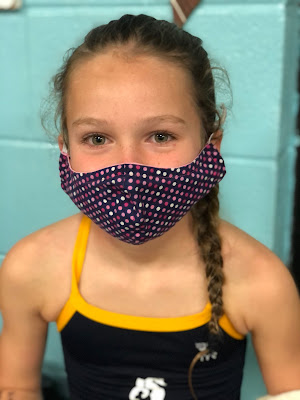 It was strange being in Greensboro because we were there nine months to the weekend - the first weekend in March - the last weekend that there wasn’t a care in the world about masking or distancing or anything. 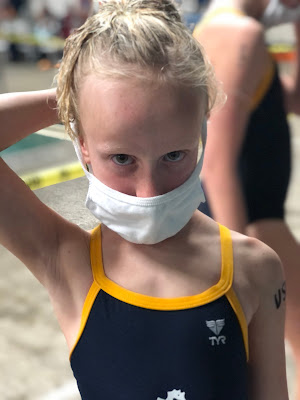 No spectators. A clerk of course. One timer per lane. All have been implemented at both meets we went to, in attempts to keep COVID at bay and allow kids to still participate in meets. Far from ideal but at this point we will take it. 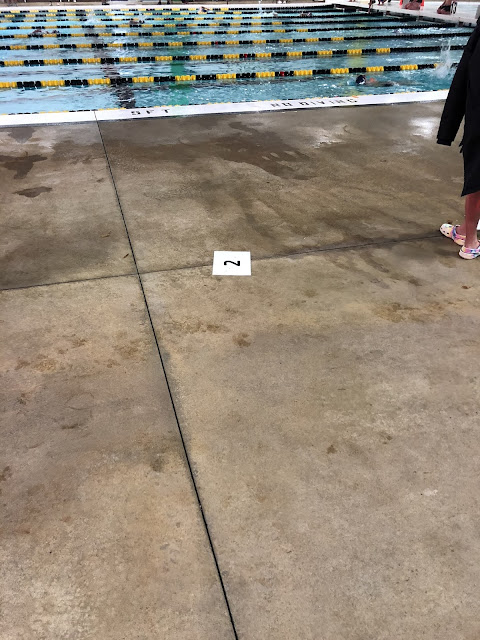 This past weekend we headed down to Goldsboro. After the Greensboro meet I thought we’d be done for the year but the girls dropped a lot of time and wanted to do it. It worked out with our church schedule and we didn’t have to spend the night so that was that.
M has been hoping/dying to do the 500 free so she could earned the highly coveted swim bag - it’s earned not given. Her coach gave her the green light and she was on it. A seven year old doing 20 laps of free - in a race against 11 and 12 year olds - isn’t a huge deal I guess if they’ve practiced - and of course they swim double or triple that in a practice but it still makes me nervous. M was insane. She did awesome. She only finished a minute or so behind the 10 and 11 year olds in her heat. I wish I had the bag in hand to give it to her right after the race. Very proud of her and only have the above pic to prove it because I don’t know if you’re supposed to take pics on deck : ) 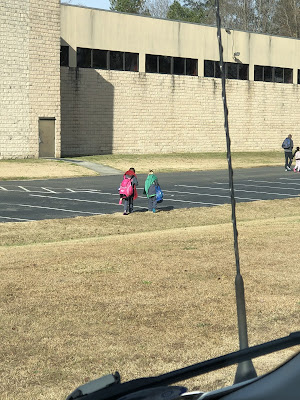 Saturday rolled around and it was everyone to the meet except Papa who was on church pierogi fundraiser duty. Taking non swimmers to swim meets has never been the best of ideas but add some COVID action and they cannot come in. So I sent the girls in marked up with their events and wished them fast swimming. 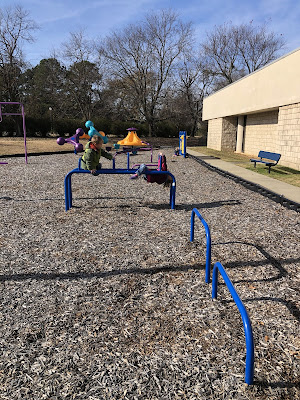 A C and J and I settled into the park in front of the Y. Thank goodness for the novelty of new parks - except it was more like exercise area but we called it the park. 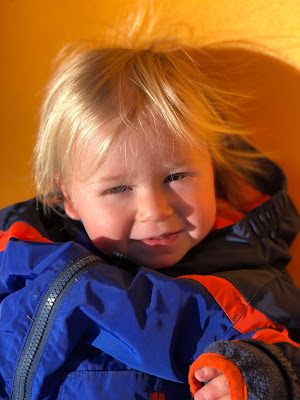 2.5 hours we spent out there with the occasional bathroom break and trot over to the window of the swim meet to catch the girls swim. They all swam in the same heat of 100 free - to which E reminded us she hadn’t swam in months. 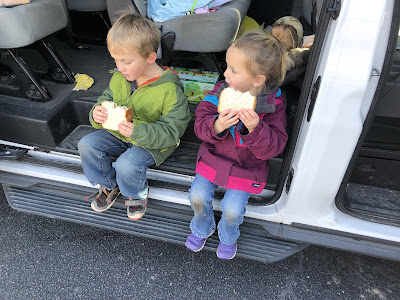 The eight sandwiches I made were all consumed before we left the parking lot. So we headed to CFA for a 30 count nugget and lots of chik fil a sauce. We shot over to Raleigh for church and made it home.
Sunday morning was cold and wet and made me especially appreciative of the nice weather we had with the littles because two hours of sitting around in the van would have been tortuous. 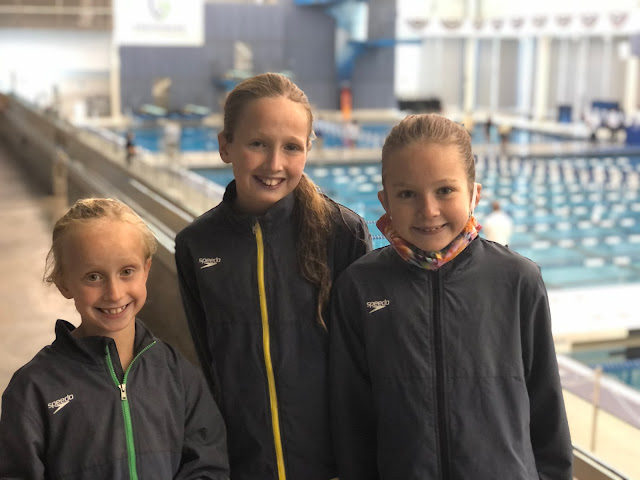 Overall for the two weekends of swim meets the girls took off tons of time and tried new events - R and the 100 fly, M and the 500 free. We are so grateful to have had a swim season at all during COVID. It has been a constant in our lives since June. While the girls practiced over the summer it gave me lots of time with A C and J to explore the parks and pond. Given the situation, I think we have made the best of it. The girls keep motivated (maybe sometimes because they earn screen time for going to practice - earned not given), they get to do something they enjoy and swim with their friends (and maybe chat more than they should when they are doing kick at practice). We are extremely blessed to have coaches who have made this happen for our family and all the RMY swimmers.
at December 21, 2020