Linking up with Kelly ... It only took a month to finish my seven summer updates. Here's to some more of the latest and greatest.
---1---
I think I left off the weekend of Js bday which was action packed with soccer, a flat tire 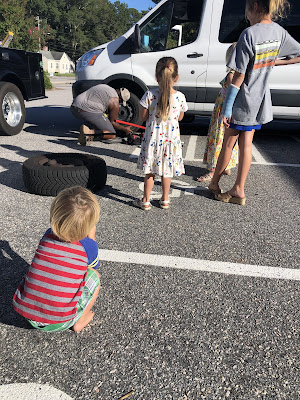 After choir practice, while Lee was in Raleigh for church. Very thankful for the boy who stopped me before leaving the parking lot - because I had no idea - before we were heading 20 min down the road for Mass. It could have been a disaster because I would not have known who to call. A friend whose daughter is in choir happened to be picking up her kids and was like - oh my husband can fix that! Insert all the praise. He came and was better and faster than AAA - which we don't have. He was telling the kids all the stuff he was moving around and super patient with the flurry of questions. God was watching out for us because we were rolling a zillion miles a minute that day.
The next day was As bday but not without a swim meet first 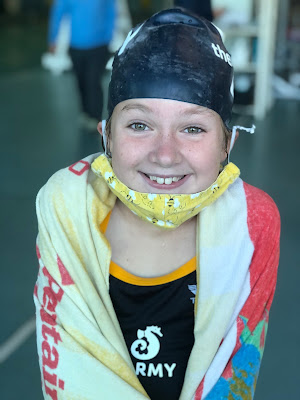 It was the first home meet we had since January 2020. 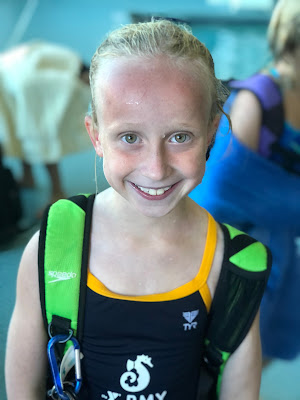 It was a fun, fast and close by meet which are all PLUSES in our book. 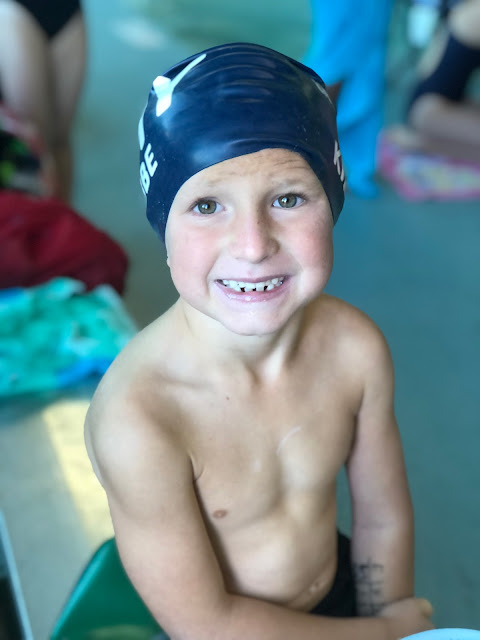 A swam and did well. He almost didn't DQ in backstroke - he flipped over on the last stroke and his 50 free was funny to watch because everytime the coach said something to him, he stopped and looked at her and took FOREVER to get down the lane. 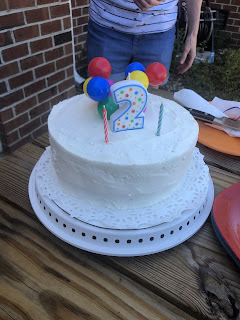 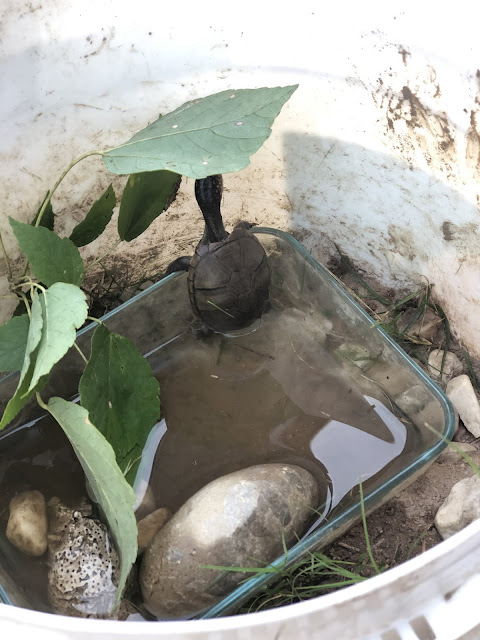 aka Es least favorite day of school because... dogs. But the Tortuga came and got blessed. E threw some fresh grass and leaves in his cage before - so it 'looked better'.
Speaking of animals 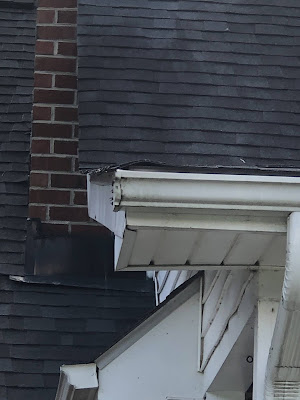 See that hump in the roof - yes? 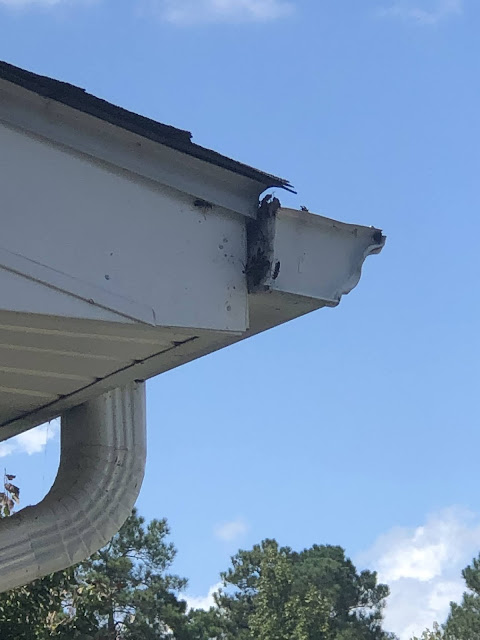 Wasps were building a nest up there and separated the gutter away from the roof/house?!?!?! So random! I thought there were going to be hundreds but when Lee sprayed them there were maybe twenty or so?
---3---
Lots of soccering without many pictures... Papa needs to step up his game! 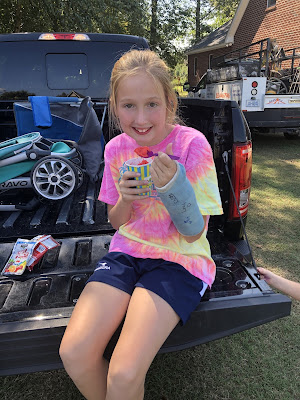 I was conned into Italian Ice after one of M's games 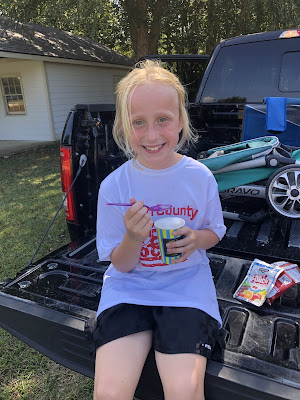 But it was hot and she played hard. I took A and R out that night much to the other two's chagrin. C did not get the nod because she has basically gotten on the field and started crying. 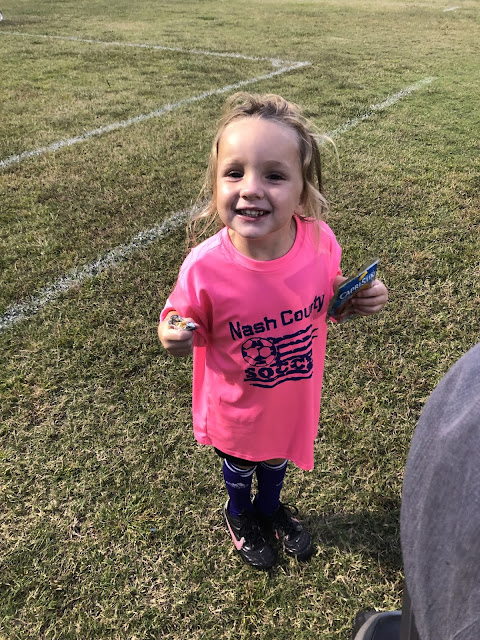 But this week Lady C held it together and played and got her post game refreshments for the first time this season! and scored a goal or two. Proving to me (and hopefully herself) she can do it but I think I'm going to hang up my C coaching hat in the spring : ) 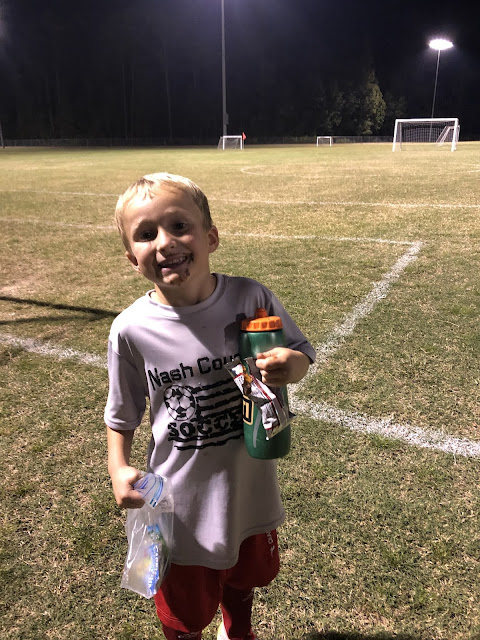 A celebrated his 6th! bday with his soccer team in a late night (for 5 and 6 yr olds) games. I brought cupcakes - in addition to the snacks - and his team sung him Happy Birthday! It was late but it was fun. 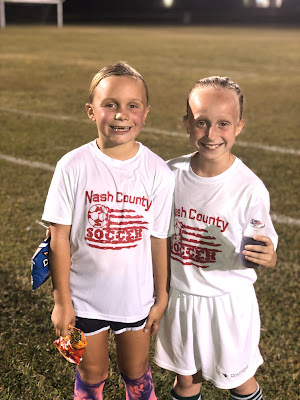 These girls are so intense playing and super fun to watch 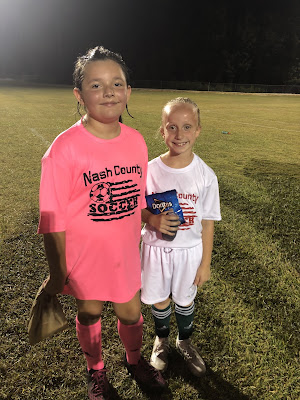 Ms friend from school is on another team but are all smiles when the game is over. There's alot of good action and games in Ms age group at the moment. I don't know if it is the energy of the coaches or the quality of the players but it has been a really fun season of games to watch - and there's still a few more games left!
---4---
H is embracing her role at the office... 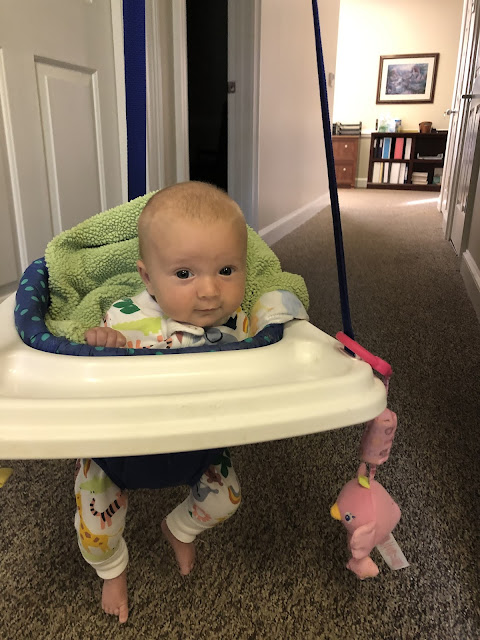 I think she much prefers hanging out in the bouncy seat or on the floor with toys and plants to look at than this swinging chair BUT it was cute while it lasted. I think she'll warm up to this and get some good exercise soon.
---5---
I made a discovery recently while giving blood (I give for the cookies : ) ... 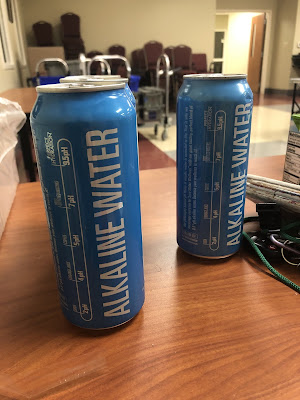 I'd never heard of it and neither had the other donors who were at the blood drive. Alkaline water. Apparently the pH is supposed to help your body hydrate better? I guess it has been around for a while and I'm late to the party (shocker) - more investigation required. It does a little bit different than 'regular' water.
---6---
With all the time and energy going to carting kids to and fro and soccer coaching (which I do like but man it can get stressful), a friend's bday was an excuse for some me time 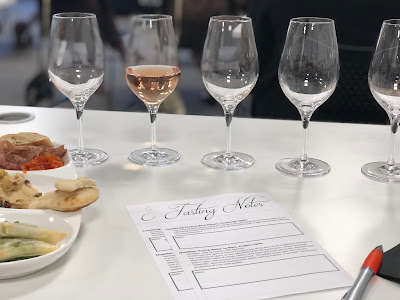 We went to a wine tasting and apparently they are every month so we might need to carve out friend more often. We had a fun time and tasted some interesting wine - some we liked and one really earthy cava that I thought tasted kind of like dirt. H behaved and Lee held down the fort and all its dinnering, showering, homeworking and go to bed glory.
---7---
Despite all the busyness, I can't help but think of this family and how their world was turned upside down; pray for them. Their daughter was two days older than H. Between them and my niece who is still in the NICU - but doing great! - it causes Lee and I to pause and be grateful for our wild routine because every day is a gift.
at October 14, 2021