It has been a while in the posting department so what better to do, then to catch up. Here's how went Lent - even though its Bright Week

Lent kicked off with BIG dessert night the night before. It's become a tradition of cleaning out all the candy and sweets in the house and consuming as many as possible before dessert is nixed for Lent 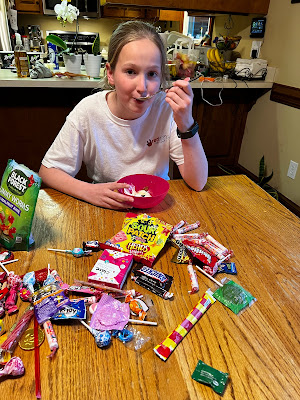 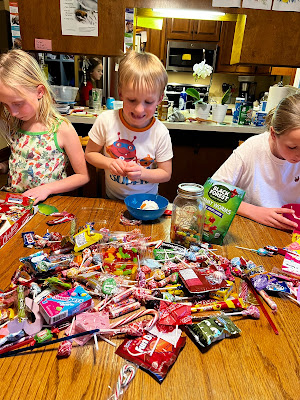 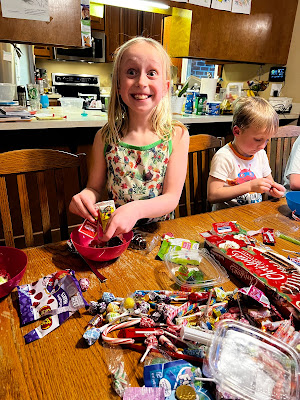 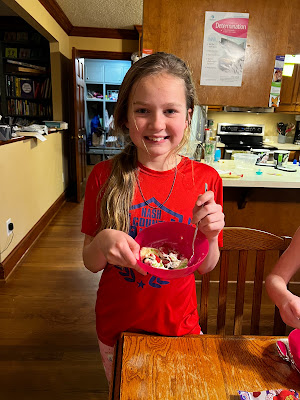 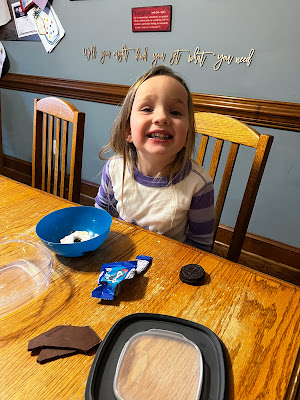 You can eat as much 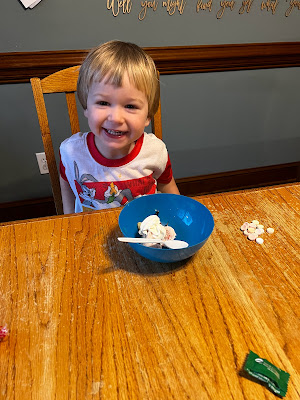 So long as you don't make yourself sick 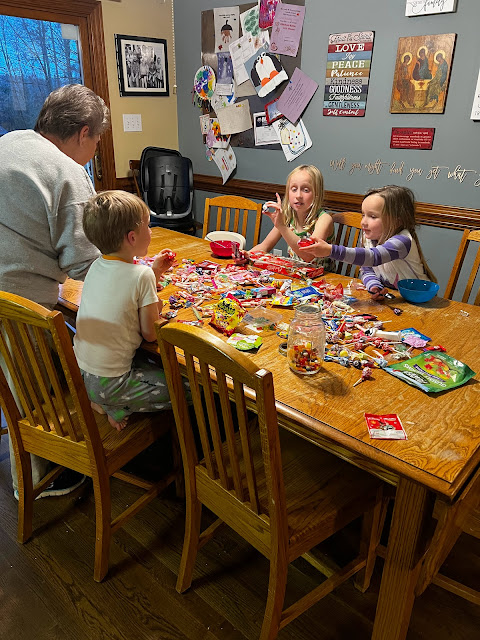 So we will call it a successfully kick off to Lent 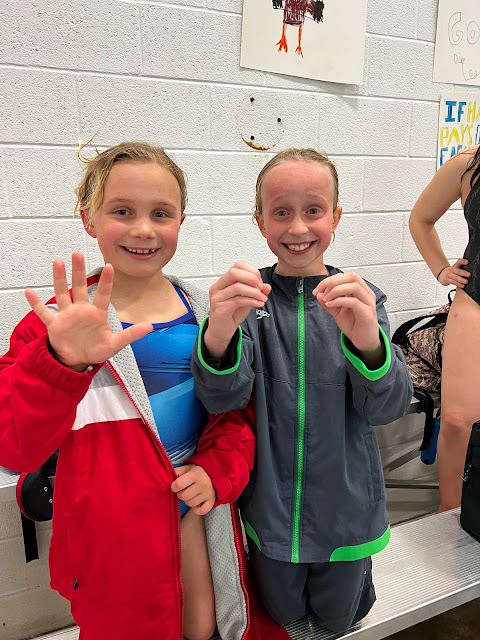 Not long into Lent the BFFs from waaaaaaaaaay back swam the 500 free at the last meet of the season. They pretty much rocked it and I love that they do all the things together (except they aren't on the same soccer team this season - which they are bummed about!) 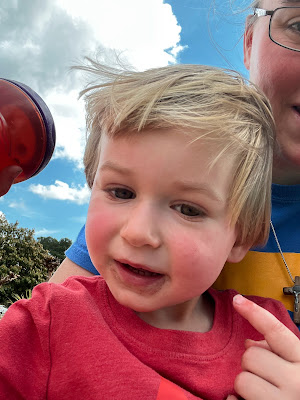 Siblings at the swim meets can be tough 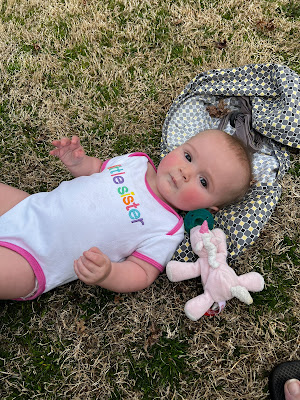 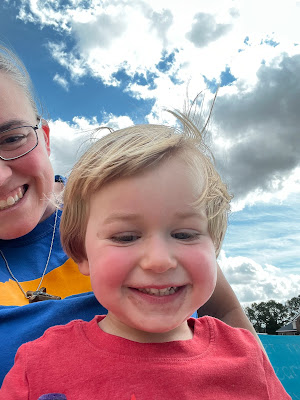 and taking lots of funny pics 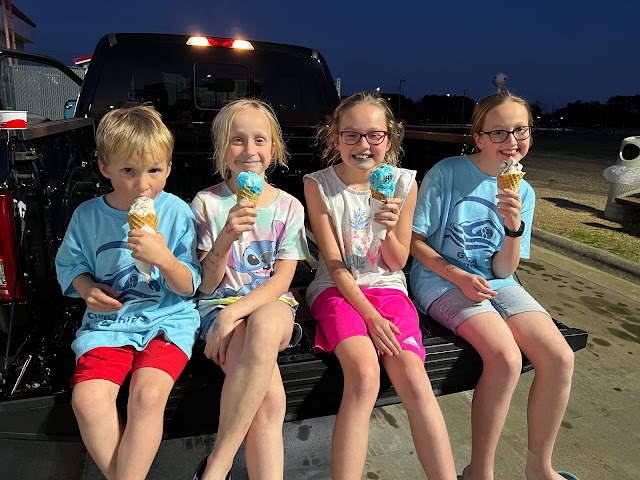 We went out for a end of season swim treat - even though it was Lent - because there were a number of jobs well done. There are some who are hoping for a post meet ice cream trip for the Open Water meet like we did last year 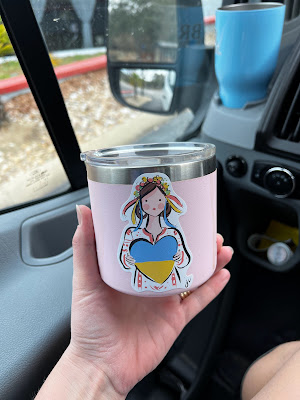 Ukraine has been weighing heavily on my mind and still is 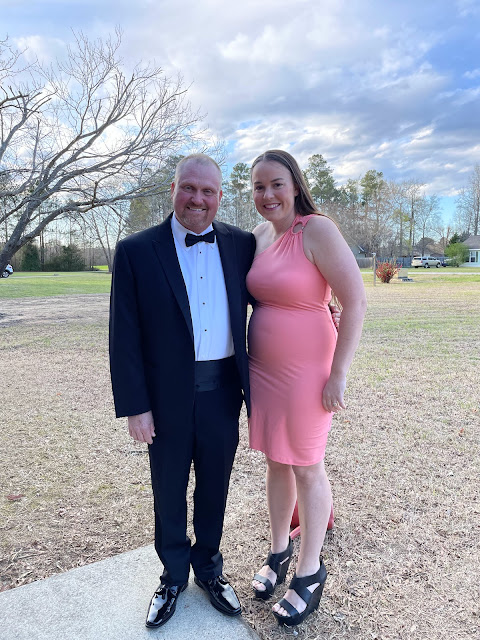 We got real fancy one night and hit the town for a fundraiser. For as much as I didn't want to get dressed up, I had a great time. If I could live, work and play in soccer shorts - I'd be happy as a clam. I suppose it is good I can't so I'm forced out of my shell. 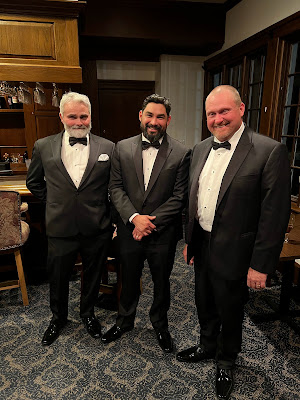 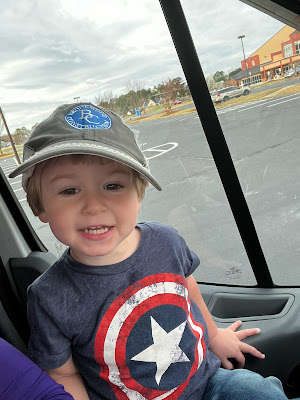 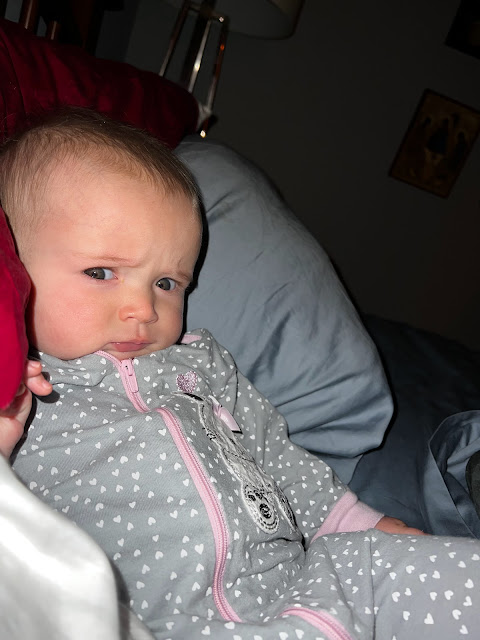 H seems to have finally gotten into the sleeping mode. February and March were ROUGH times in the sleeping department and it felt like we were regressing to newborn sleep patterns between her and sick kids and kids needing things in the middle of the night. 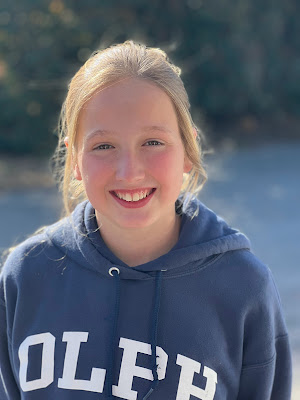 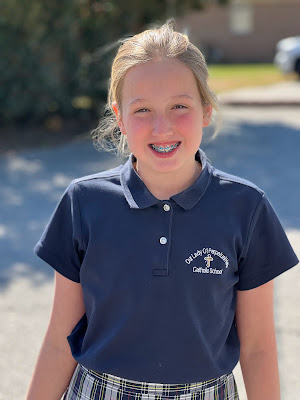 AFTER - she took the braces plunge 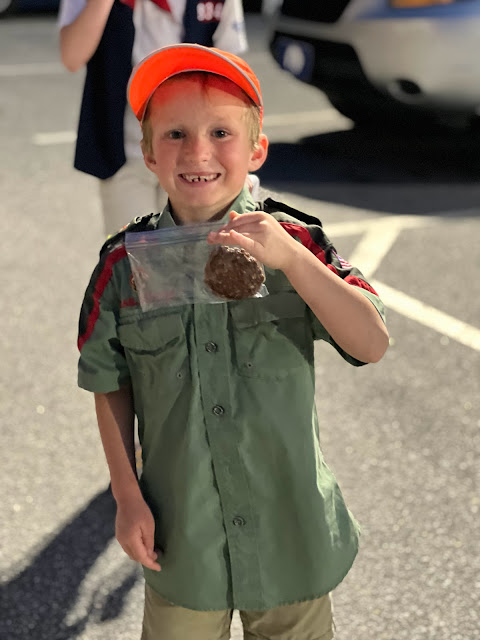 A was way proud of his baking creation at Trail Life 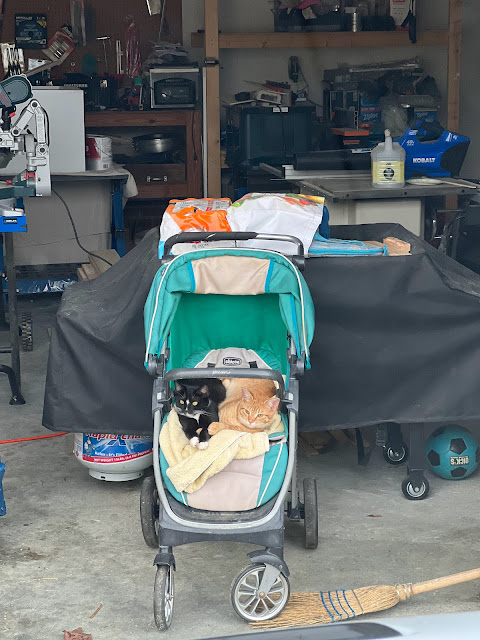 We came cat owners. Some friends had found kittens and we had been looking for some OUTSIDE cats for awhile - since the snake in the bathroom incident. We transitioned them from the garage to the outside and Oreo and Skittles were doing great and then one day Oreo didn't come home. We would like to think she just waltzed into someone's home and hopped on their lap and they kept her. She was a sweet cat. Skittles is too but he is the resident Kitty Cat and we are trying to decide if he needs a friend. Before she departure, Oreo caught a mole so we are hopeful Skittles will follow suit and keep other unwanted animals away. A and C follow him into the tree and brambles behind the house - Lady C has dubbed the Crown of Thorns. 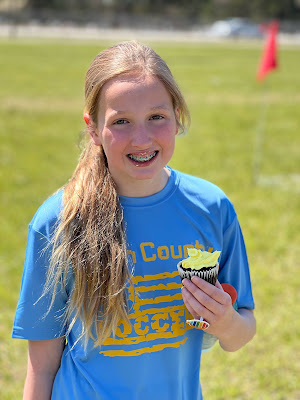 Soccer has started for everyone and this might be the only pic I have to prove it. 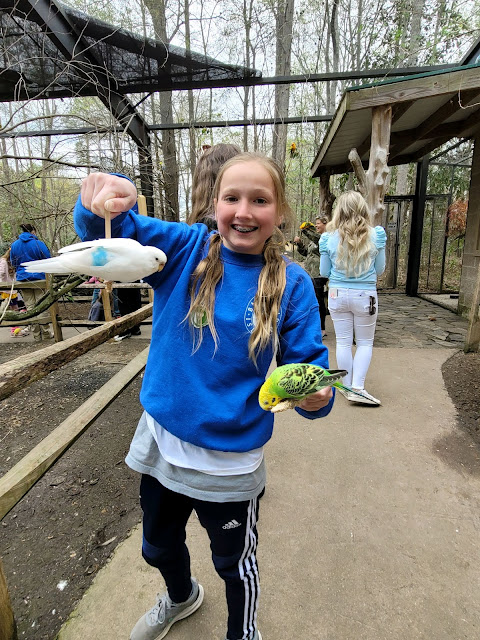 AHG went camping and to the bird park - E needed a night of camping to advance so she camped and I didn't. 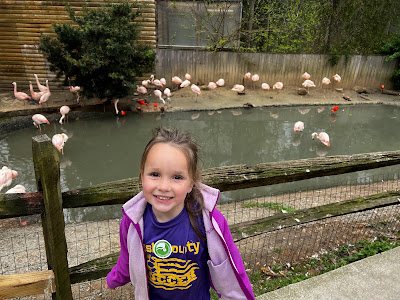 We met up with the troop after soccer since we had never been. 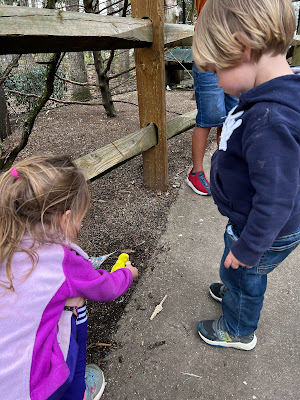 And we will definitely go back 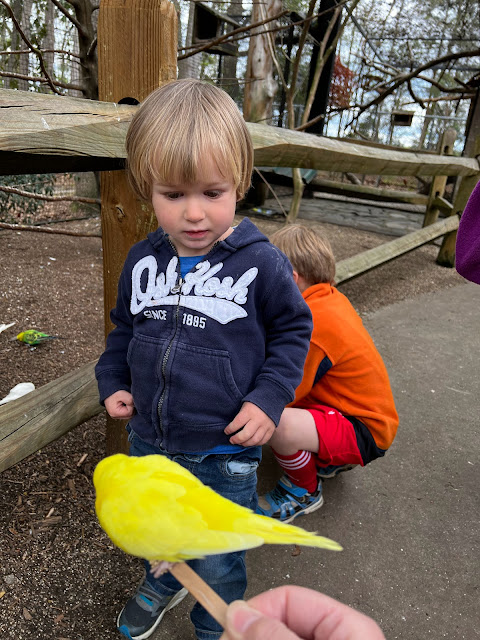 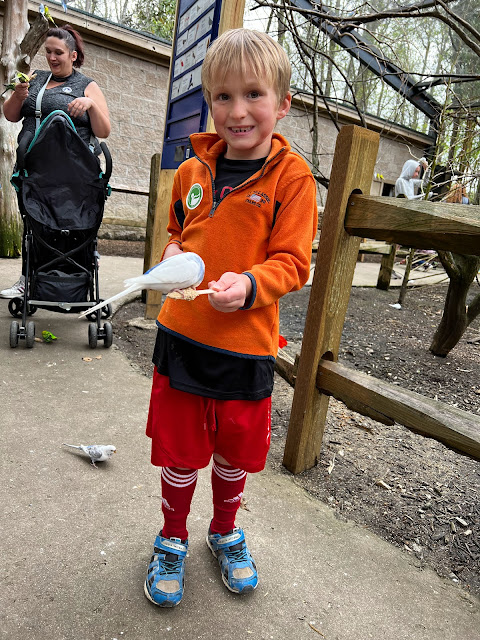 A got the hang of it. C preferred watching from afar 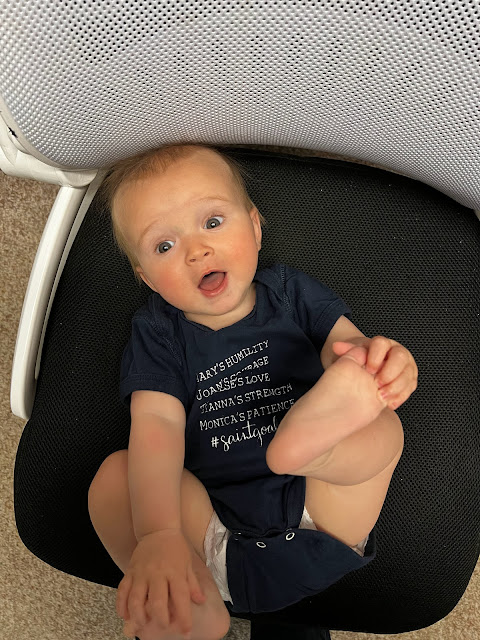 And that's about all there is to report.
May it set up to be an extremely busy month - as it usually is for us. Lots of fun things, new and old, on tap.