"When's the Next One Coming"

I was sarcastically asked this at Swimworld last week and much to the questioner's dismay, the answer is February. February 9 to be exact. So E is going to be a big sissy and Lee and I are going from double coverage to man-to-man. We are really excited about another baby! E is definitely definitely a toddler now and is articulating what she needs and wants - sometimes better than others - and babies are just so stinking cute - and they stink occasionally too. 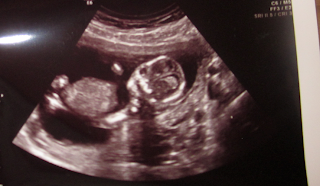 So we knew for 2 months before we told anyone the news and I am clearly behind on the blog posts so that is why its delayed news here. We waited so long because with little E we went at 8 week and again at 13 weeks and the second time they could not find her heartbeat on the doppler - which was a horrible feeling. After a long wait in the ultrasound line and many many Hail Marys the nurse found little E. I knew she was a girl when she was being mischievous because well I just did.

This time its different. I'm not really sure boy or girl. Boy would be great. Girl would be great - especially for E since they will be so close in age. Either way we'll need new clothes because E's clothes are a full season ahead of this little beebster. No we are not going to find out. I am a planner but there are not many times in your adult life where you can say Yes I was genuinely surprised. Yes we have the names picked out and we have had the names picked since before the baby ever came be to. No we are not telling. However, we will say that first and middle names will start with the same letter - as does Little Miss EEK's name.

Its pretty crazy that I am 20 weeks now. I have not gained nearly the weight that I did with E  - which is a good thing because I went a little overboard the first time around. I don't really feel pregnant in many ways. Clearly I look preggo but I am still having a hard time wrapping my mind about having another baby. I don't know if its just old hat now or what. Its weird. Its definitely not to say that we aren't excited or looking forward to this baby but it feels different.

Maybe it feels different because everyone asks me well how are you going to do it. Honestly the answer is I have no idea and quite frankly I don't have the time to be worried about it. I'll definitely have a plan in place but really I cannot waste hours of my time wondering what I'm going to do. Check out Jeremiah 29:11-14 and then you will know why I refuse to be in a state of worry. It will all work out. Hopefully the babies will not have to be in daycare but maybe they will - who knows. MMO is working out really well and the ladies there are so loving to E - I cannot imagine what I would do without them. All I know is that I do not think I can be a full time stay at home mom. As much as I would like to in theory - I must have mental stimulation outside of babbling with babies - you know? And there is nothing wrong with it! I don't feel like any less of a mom because I work - and no mother should. With E I went to work two weeks after she was born and I am very sure that that is one of the things that saved me from postpartum because I was so occupied with things including E and I was around people and that was my support network. 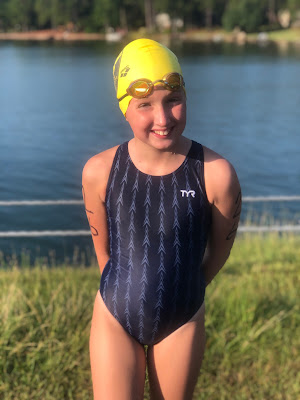