Linking up with Kelly and co... Going from newest to oldest because I could probably do 4 posts just to catch up

We survived the end of year / Christmas programs and party rush. 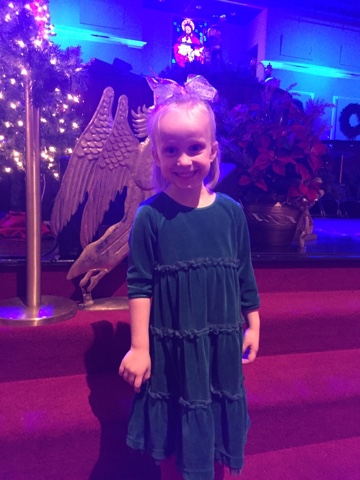 E and R had their program but I went to the dress rehearsal (because I got 2nd row seats and didn't have to wait in the cold for 30 minutes) but also because A would not have survived the program at 7:30. So everyone enjoyed it. E was an angel and R was a sheep - along with just about everyone in the school. I heard for DAYS... I just don't wanna be a sheep - in the saddest voice ever. Anyhow she powered though and was an excellent sheep - my rendition of one of the song Shaggy, Smelly Kids had the girls giggling. M's program was great and we could hear her sing and say her Bible verse.

E and R had parties that I didn't go to but all the remnants came home in their book bags and I am blown away by all the STUFF that R came home with. I (and she) totally appreciate the thought but I did not and cannot send in goodies for everyone in her class because then I'd have to do it times 4 kids and that would be 60 goodies. Even A came home with a pudding cup with reindeer antlers and a eyes and a nose (very cute I must say) but honestly I can BARELY get the teacher gifts out the door. I cannot fathom doing classmate gifts too.

M wanted me to come to her party which entailed watching her eat : ) and stories, songs and Bible verses. It was cute and enjoyable but then she came home telling everyone there was no food at her party - which I promptly reminded her that was a lie and then we went over the consequences for lying... apple cider vinegar. 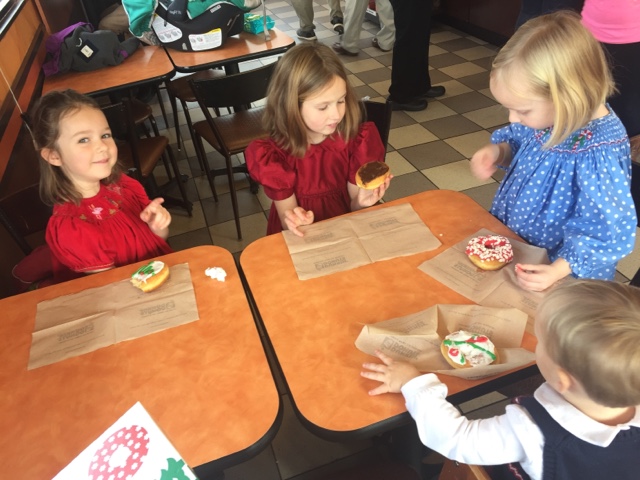 They did do quite well in church so they earned it. A made it in church up until he wanted to help the ushers take the gifts up and got called back - then he LOST it. He got it together and then was in and out for the rest of Mass - which isn't too bad for him. 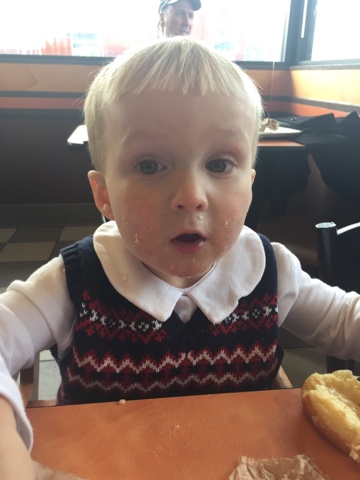 Donuts were enjoyed by all and C slept through the sugar rush : )

On Saturday I got down to baking because teacher/neighbor/friend/people who deserve pound cake gifts were in order. I made 6 batches in total - 3 Saturday and 3 Tuesday and I'm pretty sure I could use another batch or two 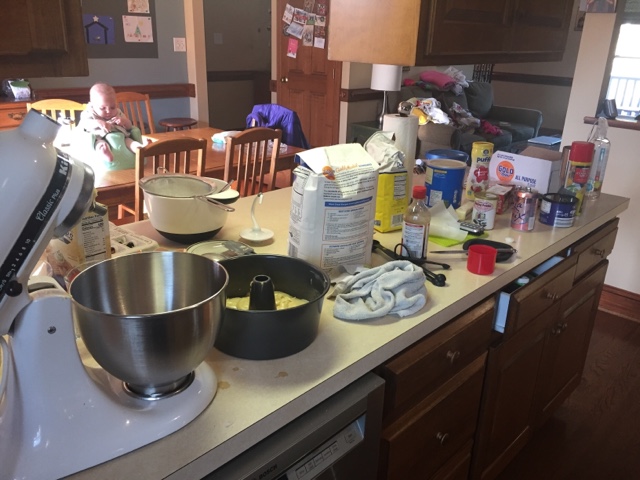 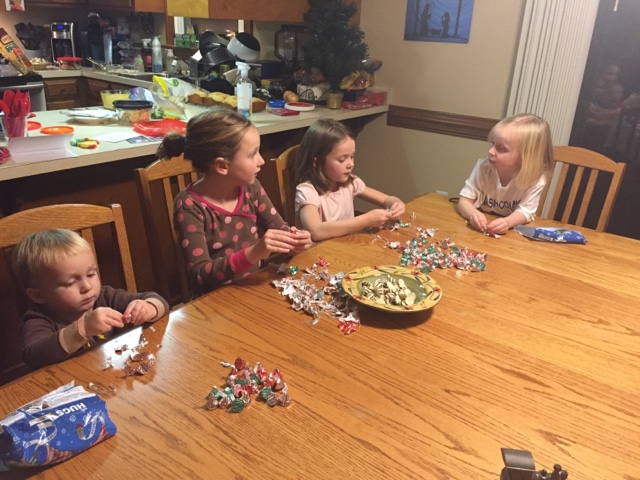 Then the kids unwrapped 8 bags of hugs for our sweet and salty M&M bites. I was impressed A helped and didn't even try and sneak one. Next year I need to use parchment paper with these and I could probably use another 2-3 bags of hugs! 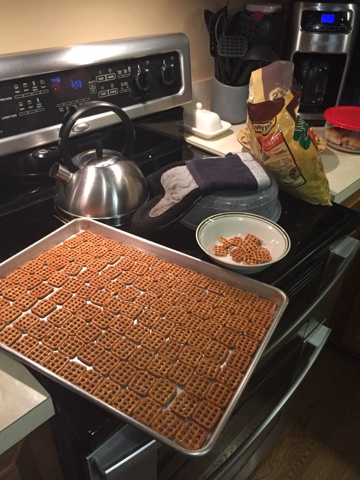 Hopefully next year E can do the bulk of the M&M pressing and hug loading. 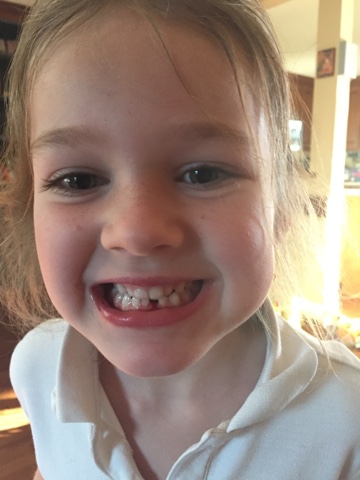 It had been loose for a while and finally one day after school I wouldn't let her got play until it was out because I was convinced she was going to lose it or swallow it while she was playing. She nervously grabbed a Kleenx and popped it out herself.

She was super proud of herself and E got put it her place because E was a nervous wreck everytime she loses a tooth. E noted that R didn't even cry. It was awesome.

The tooth fairy remembered to come so all is well.

We have had some swimming to report... 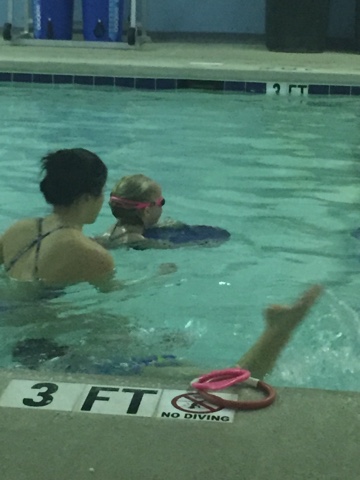 I finally got R and M in for lessons and then I didn't think they'd happen before Christmas but fortunately they found someone to do them. The girls are having a blast and beg to go to lessons so I hope they can be free swimmers before the end of winter - it might be a stretch though 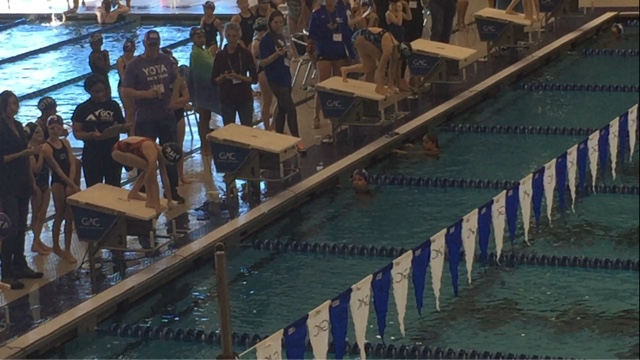 E had a swim meet a few weekends ago. She did a 50 and 100 of LEGAL breaststroke - which is awesome considering a few months ago it was still very much not legal. She almost got a time in 200 IM but those last few strokes of fly DQed her or rather she got herself DQed : (

The weekend of E's swim meet there was a touch of winter weather... 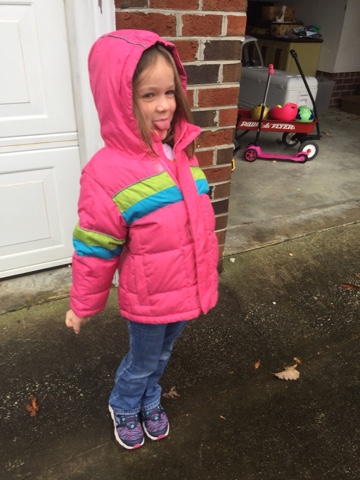 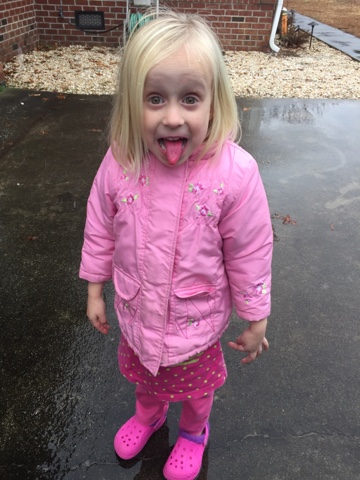 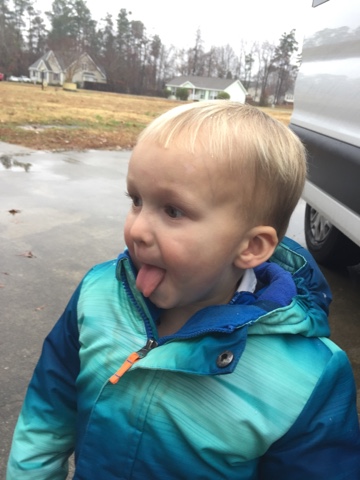 Everyone got a small taste of snow 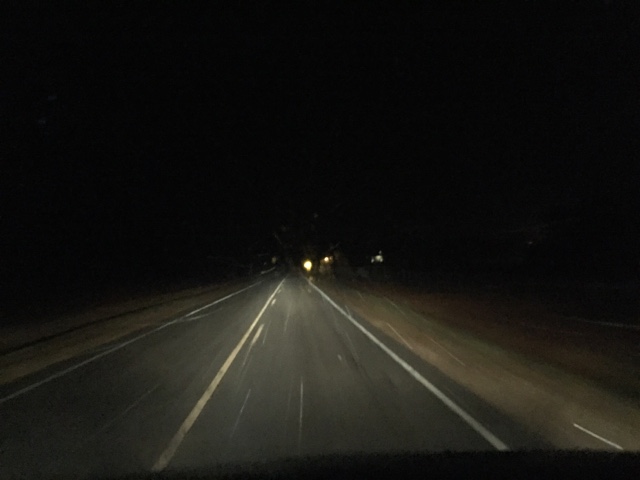 And then we went to a Christmas party - see the snow? 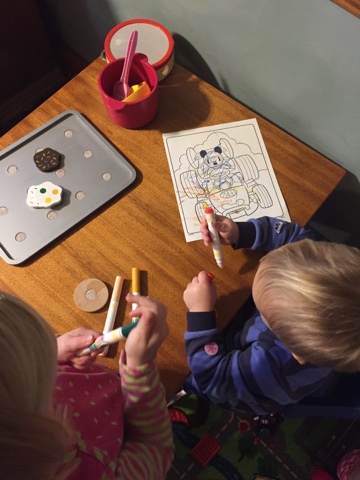 These magic clear markers from Crayola are amazing especially for A. Last minute gift ideas for the 2-4 crowd.

have you finished shopping? I think we are done.