Linking up with Kelly ... without pics but they will be added  they've been added!

Now M's birthday was last week and she still has yet to eat her cake. Her cake is sitting in the freezer due to an unforeseen bout with two stomach bugs it will stay there until this weekend. Basically what happened was M went to visit Grammy and Grandpa Joe and got a stomach bug and stayed an extra night so that she wouldn't share it with everyone at home. I picked her up on Tuesday morning - she had zero contact with E and R - wait for it, wait for it - you know what is next... Yes! E and R got a stomach bug. And I was pretty sure E was just being dramatic and the hypochondriac that she is, but it turns out she wasn't and then I felt terrible. 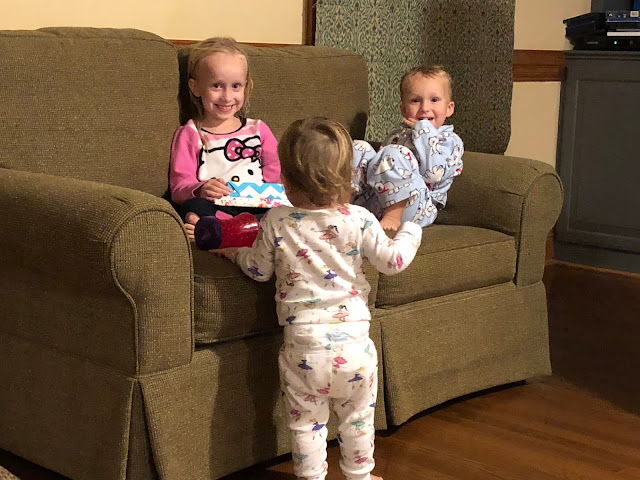 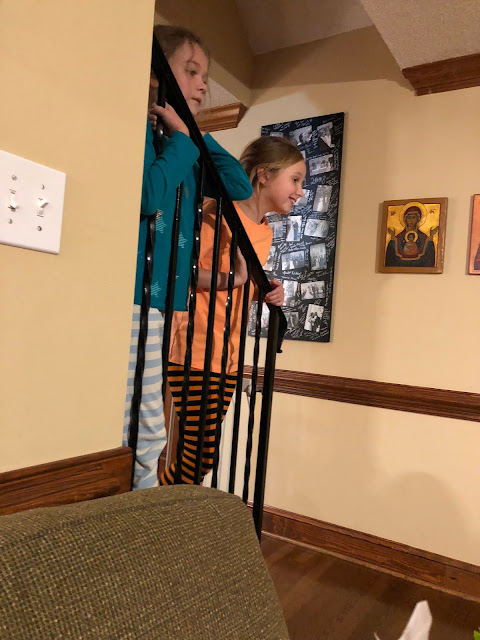 Soooo.... M was getting antsy to open her presents so we let her open her family gifts - Barbies - sigh. And sang her Happy Birthday. We will have a party for her soon and there WILL be pics of the cake as it is epic.

Sometimes, sometimes I find myself doing some of the things I took for granted doing with the big girls. Like visiting the horses and cows near our house. The girls used to love going to the moo cows and we'd get out and check them out. Now they resist and whine so when it is just me and A and C I take A because he loves it - for now. He kept asking where the turtle was - because we found one along the moo-cow road once before. I wish the horses were a little closer but we just said hi from far away.  and I step in ant hills : ( 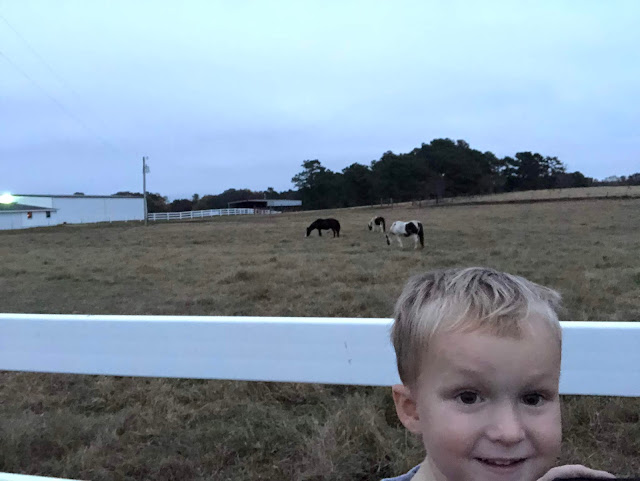 I don't think I documented the time we went to the Post Office with the kids and applied for passports - during rest time. 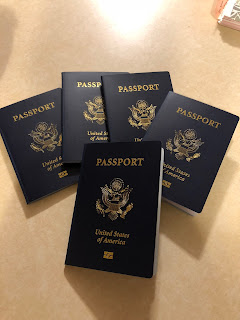 It was an epically terrible idea but we were running out of time - or so we thought because look what showed up 2 months before our departure date! Now to keep our secret from the kids for another few months and we'll be good to go. Though my mind is wandering and wondering how to pack 7 people up for 6 days without anyone noticing. 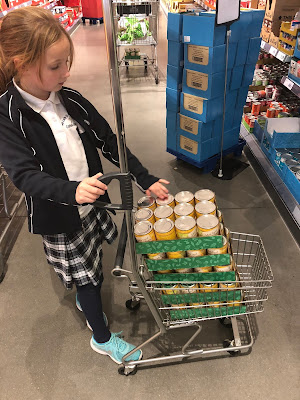 For E is was a good lesson in budgeting as I gave each of them $20 to buy whatever food was on the list. E stuck with the corn since it gave her the most cans for her buck. R was not nearly as concerned.

Put this on the list of things I'd never do in my younger mom years... 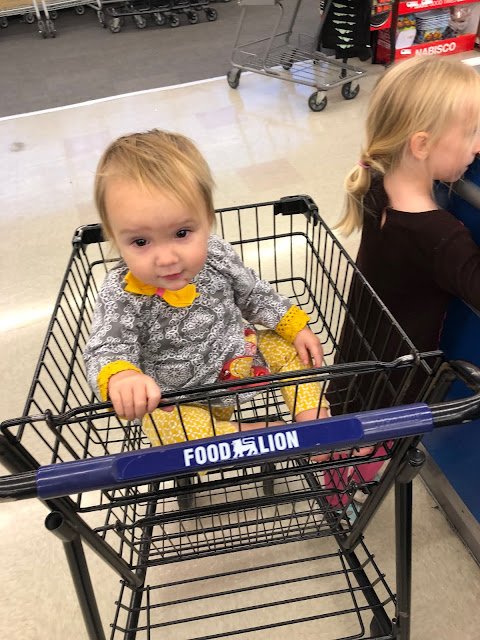 I needed to put C down to pay so it was either the conveyor belt or the mini cart without the kids strap... I think I wheeled her out there too and she survived - imagine that!

We had to stock up on essentials since we has a few dinner guests that night. 7 egg eating kids = a dozen eggs,  7 pieces of toast, lots of butter and 7 peach-chia smoothies. 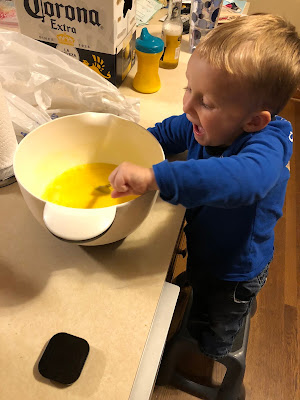 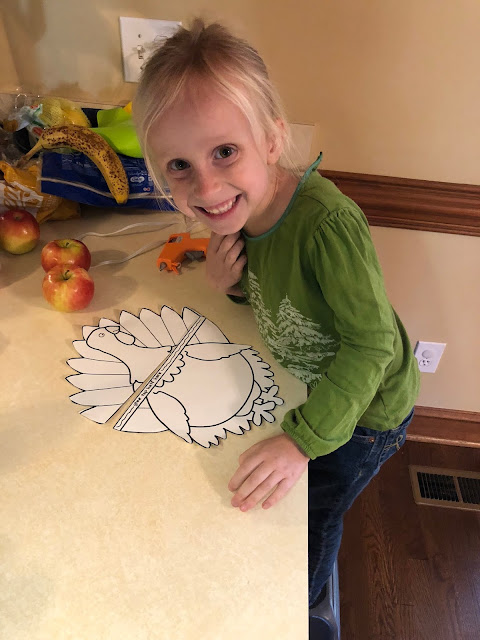 M will present her decorated turkey for everyone on Tuesday.

Next week should prove to be interesting... 4 Thanksgiving parties and 3 of them require turkey cookies.
at November 13, 2018