Linking up with Kelly ... 10 years and counting

First and most important... 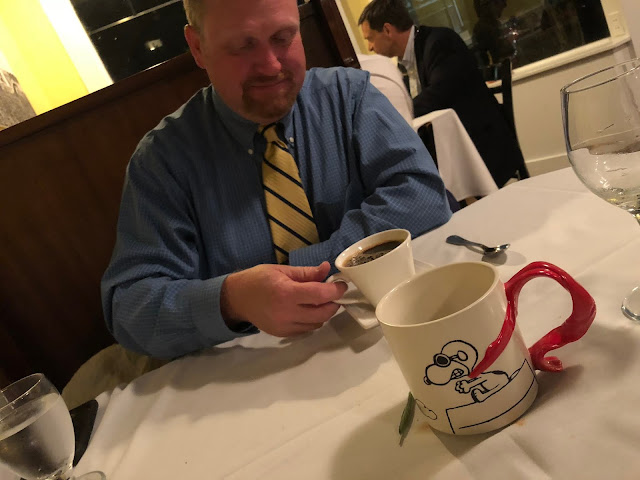 Ten years with this guy!

No the restaurant we went to did not have that Snoopy mug. That is mine. That is what Lee thinks I look like every morning in the van. Every. Morning.

Cheers to ten more (more on that later?)

On our anniversary I often thought about what I was doing on this day 10 years ago versus what I was doing now... in reality. Like dropping a boat load of peeps off at school, going to work, going to a teacher conference that I NEARLY forgot about (like was about to drive off in a different direction with different plan and then did a 180 and was like.....GAHHHHHHH must get to school in nine minutes), and taking this little person to the pediatrician: 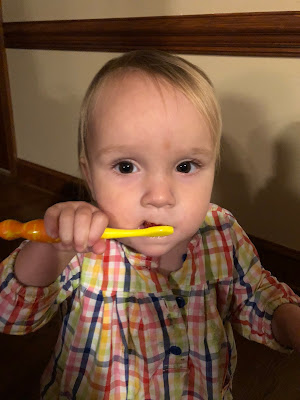 When asked if how brushing her teeth was going? I kind of laughed. I hadn't brushed her teeth. Why? Because no one told me I HAD to. Well we left with a new toothbrush and a prescription for brushing. Which I have charged E with reminding me/overseeing because.... well, you know. 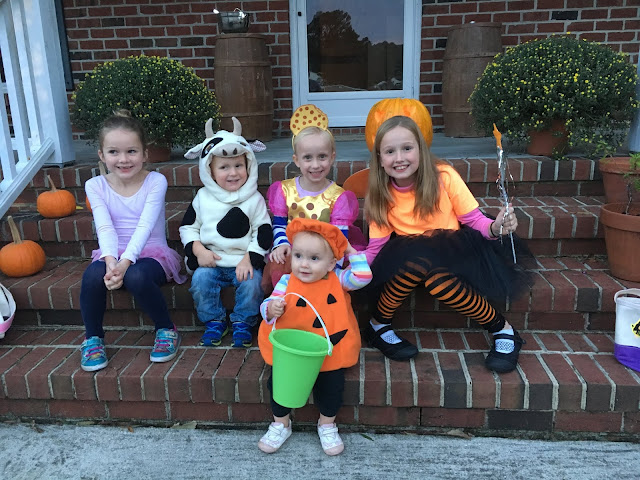 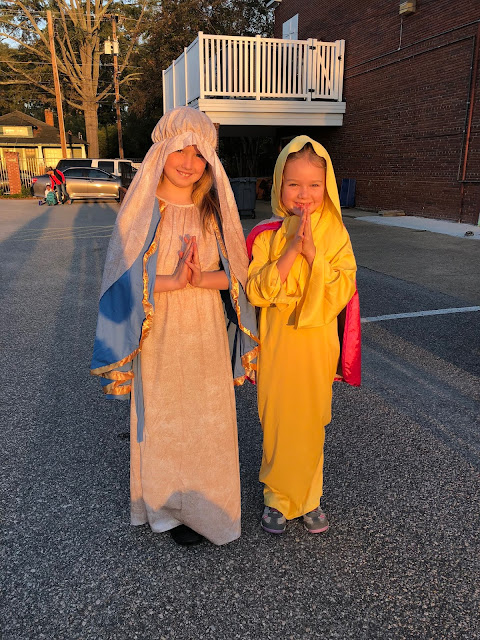 Followed by All Saints Day. Parents have to be on point with one one costume for trick or treating but two and then we get to leave them at school for a sugar-high parade and Mass. Sweeeeeeeet. Don't know which is more difficult, being a Catholic school parent the day after Halloween or a Catholic school teacher the day after Halloween. Let's take a vote. 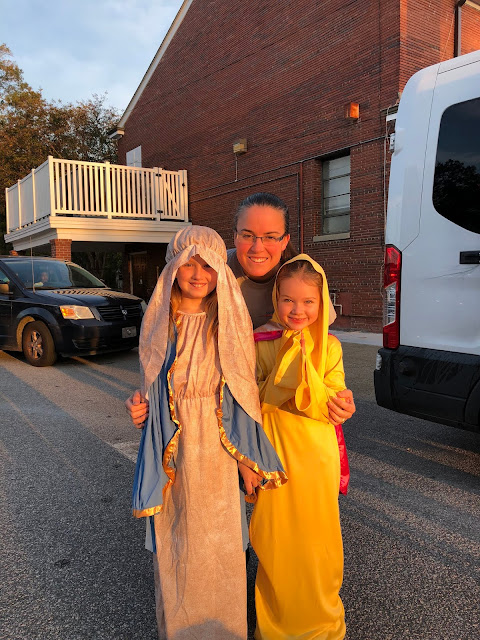 Me with St. Elizabeth, mother of John the Baptist (who looks alot like a certain cousin named Mary but if Mary wore it at the time, St. Elizabeth probably wore something similar?) and St. Rebekah wife  of Isaac. I had zero idea what to get so I went with a basic wiseman costume and a headcovering and rolled with it.

R is actually reading with some good proficiency 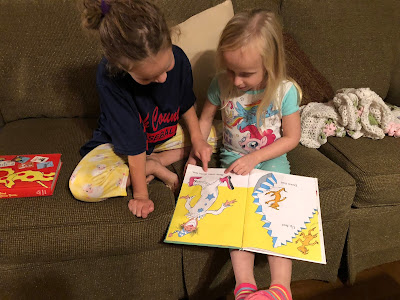 Which is helpful when you want to try and read The Foot Book.

Holding down the fort today... 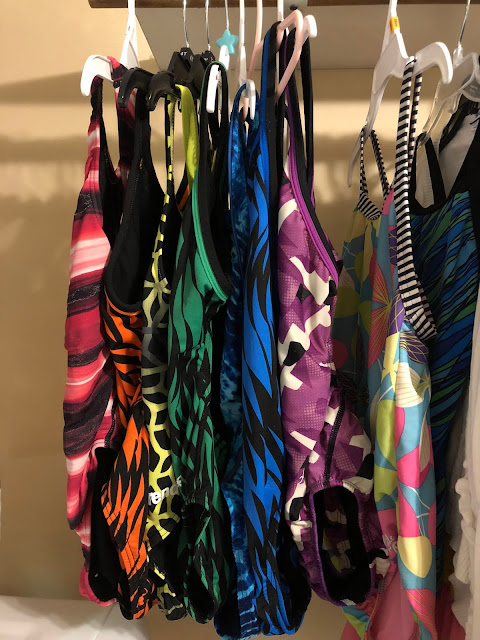 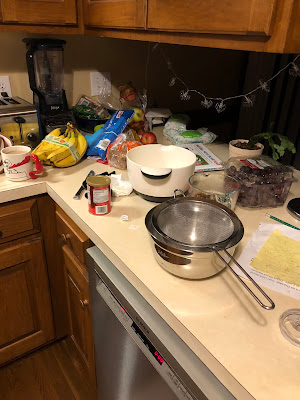 Today was M's bday and she wanted banana chocolate chip muffins... and gracious, there was no all purpose flour at 6 AM without another adult in the house to go and pick up more so I FRANTICALLY texted several people - including Lee who was the brains behind the lack of all purpose flour. I used bread flour. We survived. 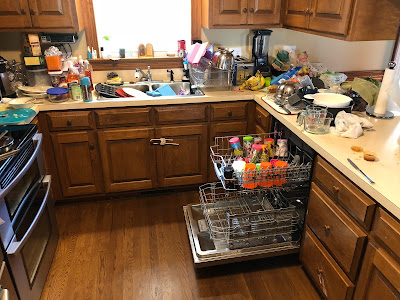 Then I made a bunch of other stuff and I think I ran the dishwasher 3 times this morning. 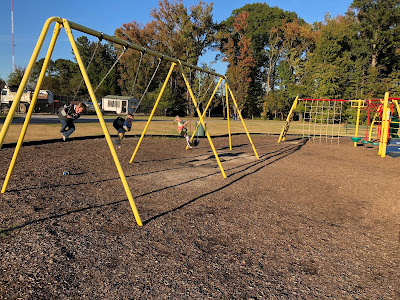 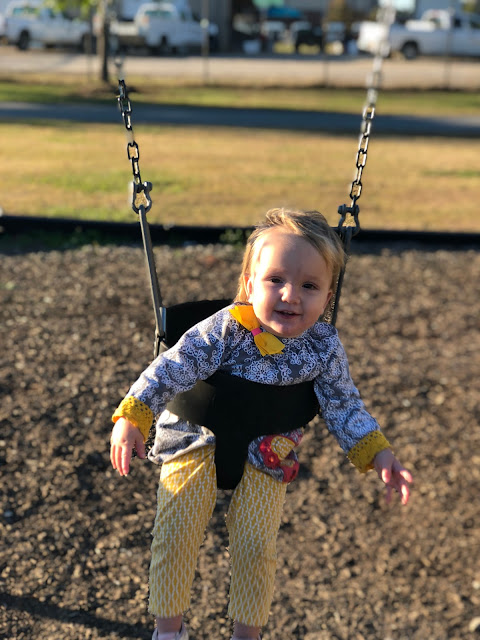 
Last weekend I sorted through the mountain of clothes 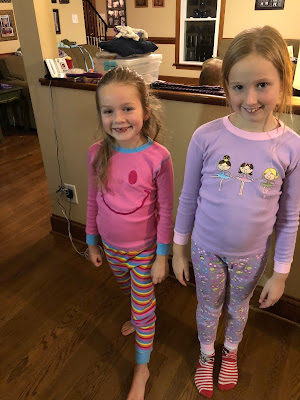 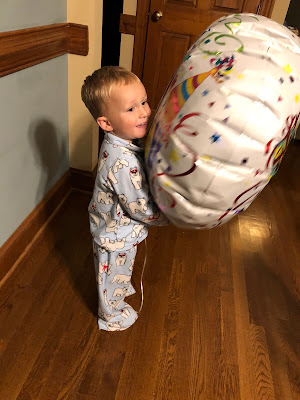 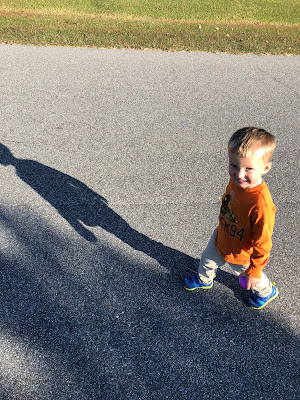 Email ThisBlogThis!Share to TwitterShare to FacebookShare to Pinterest
Labels: outside with the kiddos, traditions