We came, we played and we got out right before a thunderstorm... 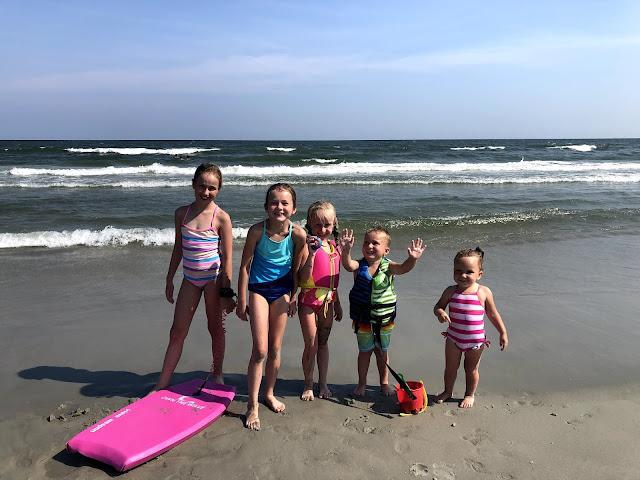 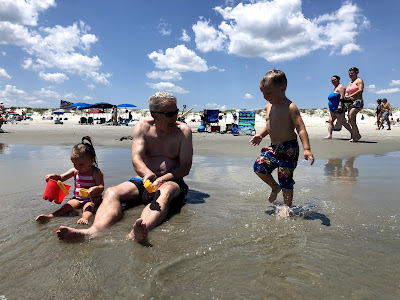 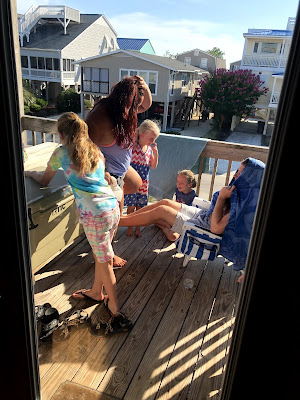 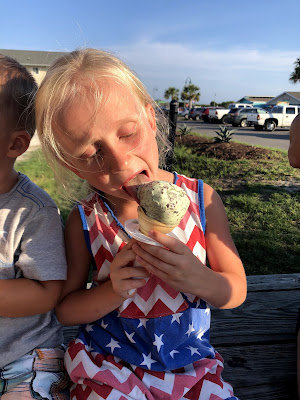 We had to go out for ice cream 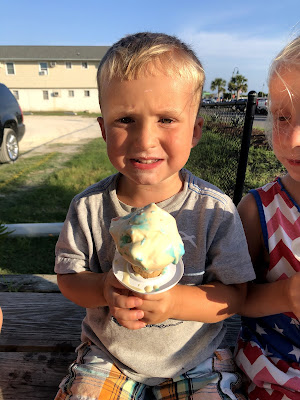 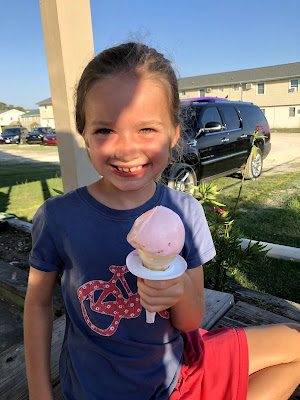 She got pink... of course 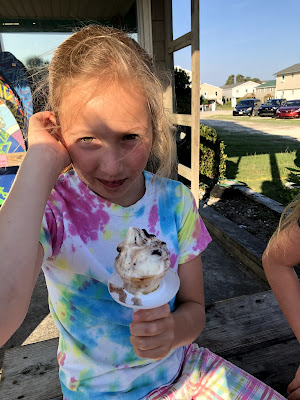 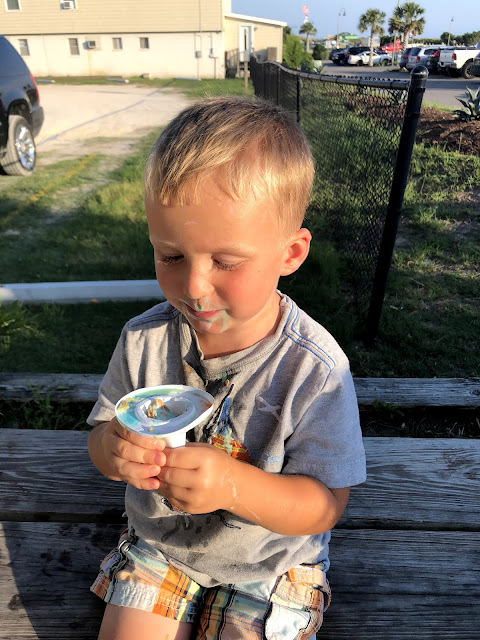 Thank goodness for these cone holders 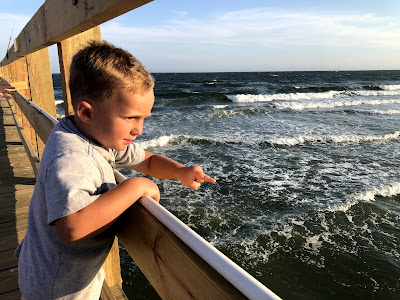 We ventured to the pier 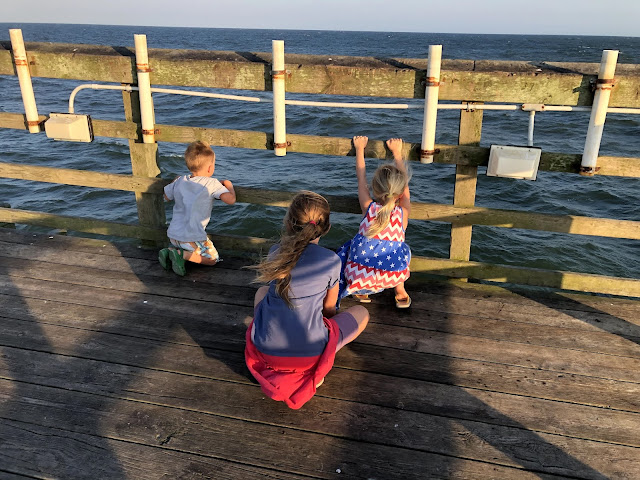 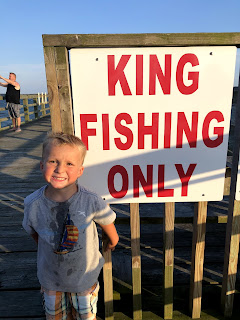 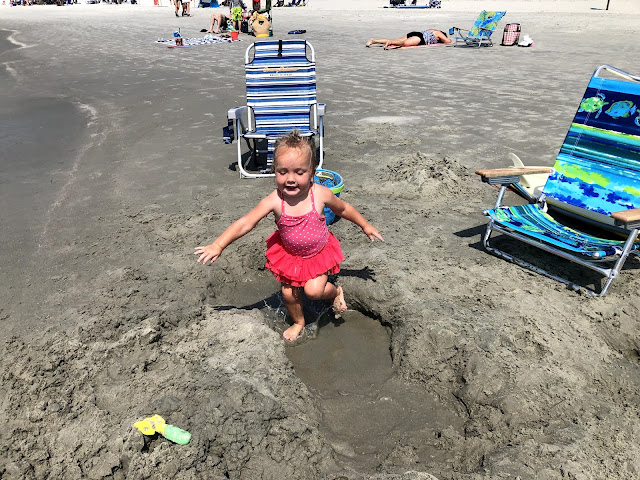 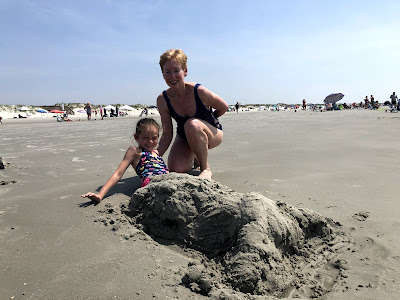 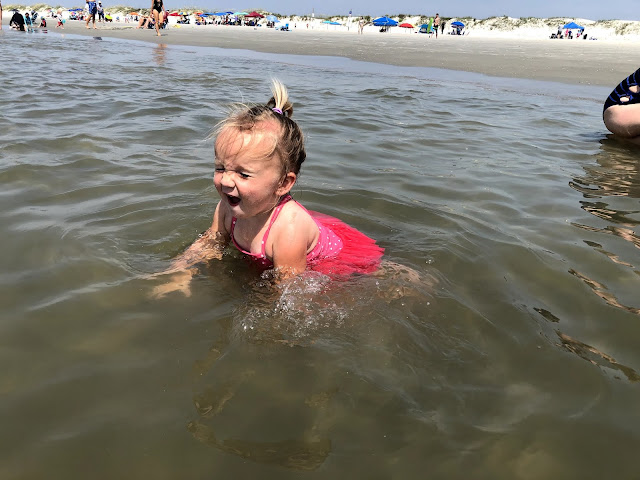 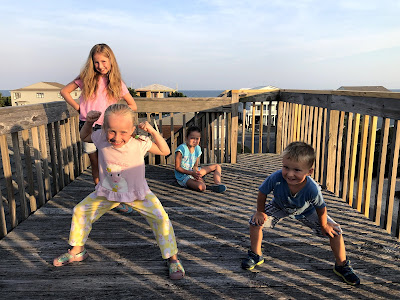 The roof deck... aka the attic according to A 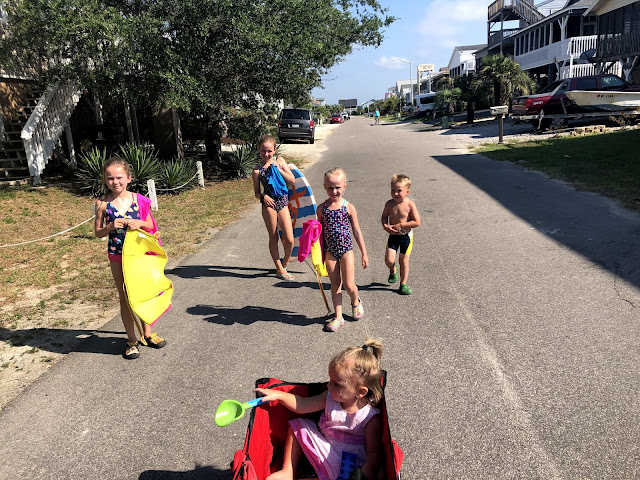 The trek to the beach... moms of little boys looking for rash guards to serve as the bathing suit or to use under (A sometimes wanted a suit to over over the jammers) look no further than the Nike jammers - you can get them in size 20 and fit A well and he is 3.5. 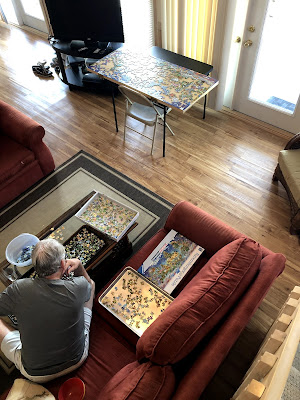 The puzzle. That was a big deal this year for a ton of reasons. I found the one I wanted then realized it had to come from Amazon England! and would be here a day after we left for the beach - so I ordered a similar one but actually Ravensburger is the way to go in the puzzle world. Then they both showed up so we went Ravensburger. Anyways, I tracked and traced daily. Then I told Uncle Kev about the puzzle and he said last year our puzzle was 1000 pieces and so I went back and check the ye ole blog to prove myself wrong because I thought it was a 2000 piece puzzle! So we were up a creek from the start but this year's puzzle was way more colorful than last year's. To add to the dramatics, the puzzle wouldn't fit on the card table by any stretch of one's imagination so quick thinking Kevin unhinged a utility door and it fit but barely on that. And we were off. (Soon to be Aunt) Nicole and I and Gramp Joe had some last puzzle nights. E actually helped this year which was fun. We all swore Uncle Kev was holding the last piece hostage and we stayed 5 minutes over our planned departure time (and left Grammy to clean up the dinner dishes - sorry Mom!) to FINISH THE PUZZLE! It was a crazy fun team effort. But next year, no 2000 piece puzzles... 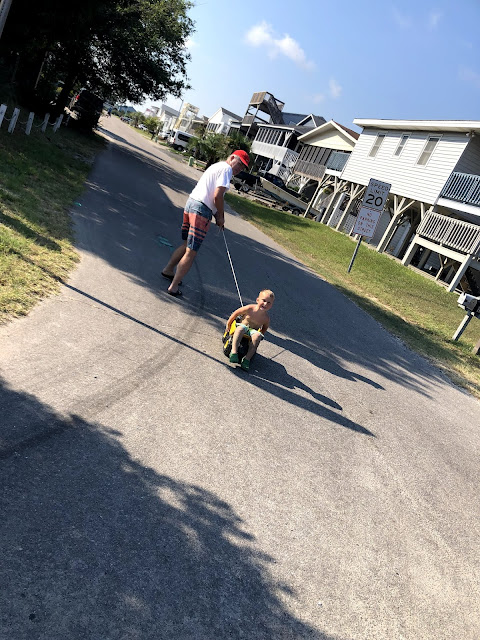 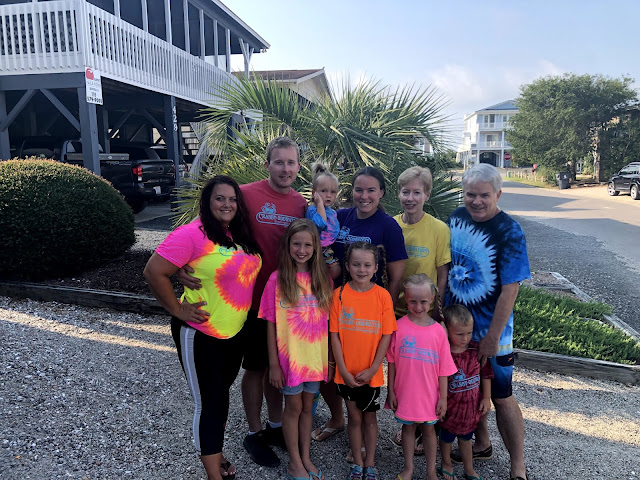 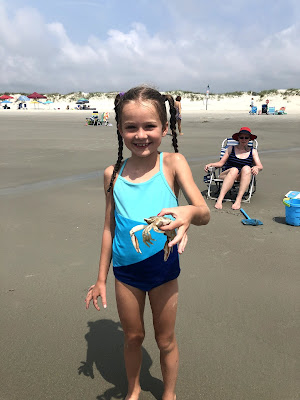 Speaking of crabs... of course the only kid brave enough to hold the dead crab is the kid who brought a dead cockroach for show and tell 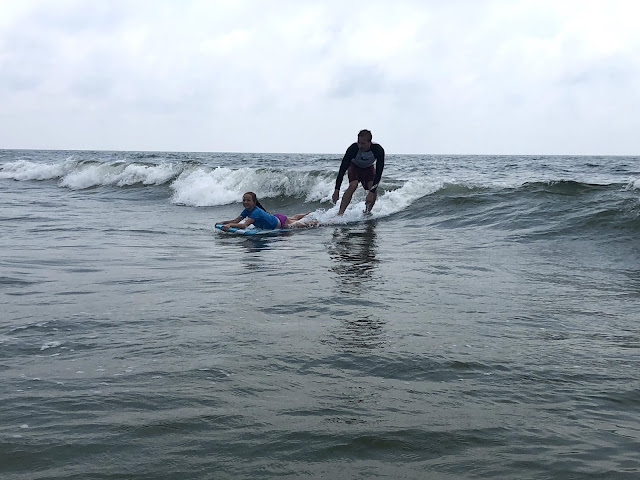 If E could have done this the entire beach trip I'm quite sure she would have been pleased. She was a water bug and stayed out in the water as much as she was allowed. I was out past 2 wave breaks to get this pic but I'm so glad I did. 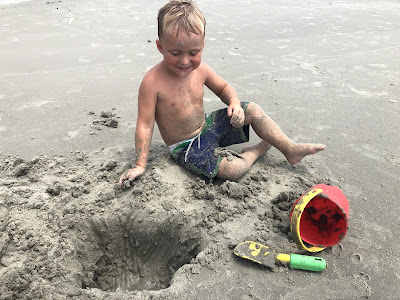 The final dig. We headed up from the beach for lunch, showers and to pack up right before a big, loud thunderstorm rolled through. 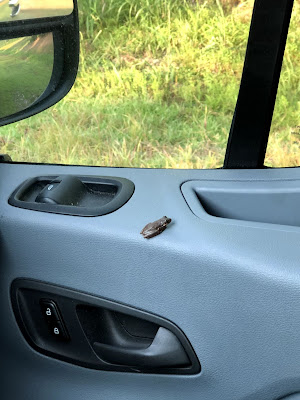 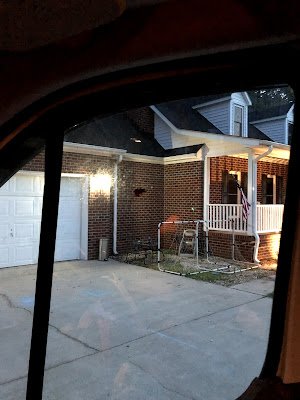 Home and not without free rider number 2 hopping up as we are getting off 95 but I couldn't bear to stop when we were THAT close. 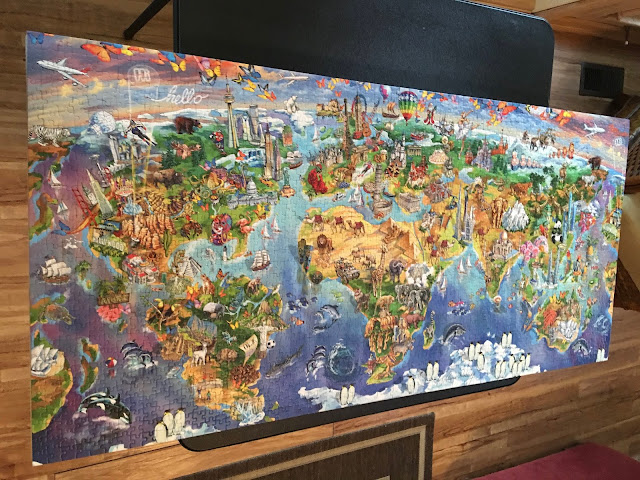 The puzzle and all it's completed glory... how much do you think it will cost to frame???!???!