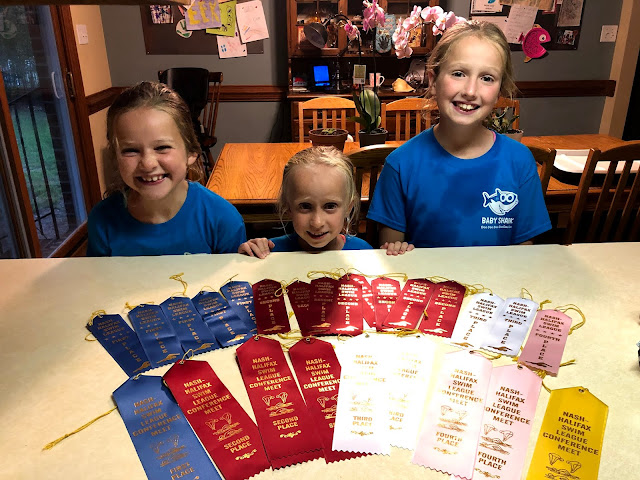 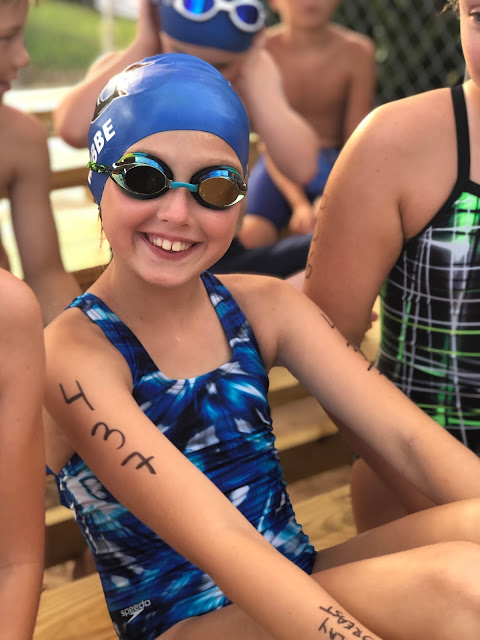 E had a good season. She swam at a few practices above her age group and had fun with the girls she swam with. 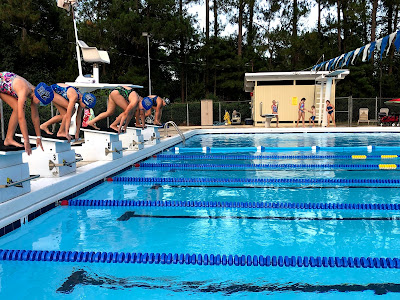 Second from the left 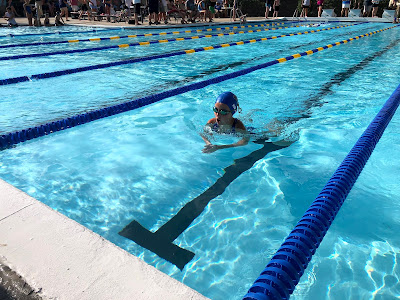 I don't know that there were huge strides made in anything in particular but she had a fun season. Probably my most memorable moment of her swims this summer was the 25 free at the conference meet. She swam in bizarrely fast and when I asked her about it afterwards she said she just decided to not breathe for the entire lap. That certainly made a world of a difference is hopefully she'll keep up her speedy ways going into the fall season. 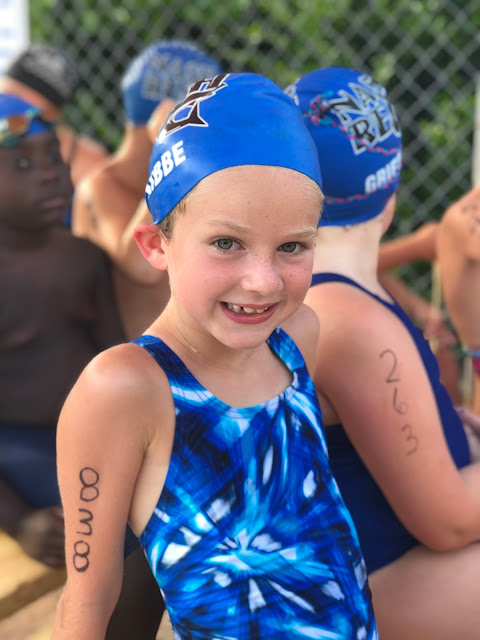 R had a good season as well. She got down the butterfly and worked hard on breaststroke. Her dives need a bit of help but it is a work in progress. 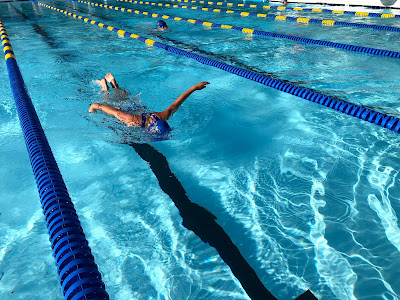 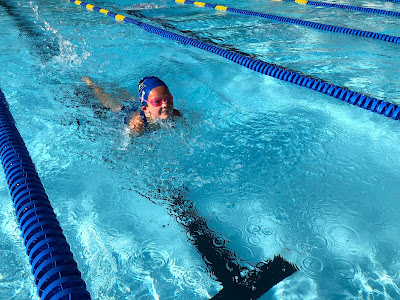 This girl is forever smiling in the pool. Outside the pool when she realizes she didn't win is a bit of a different story but she is the smiliest swimmer. 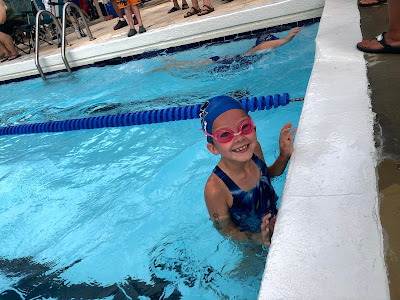 That's how she finishes the race 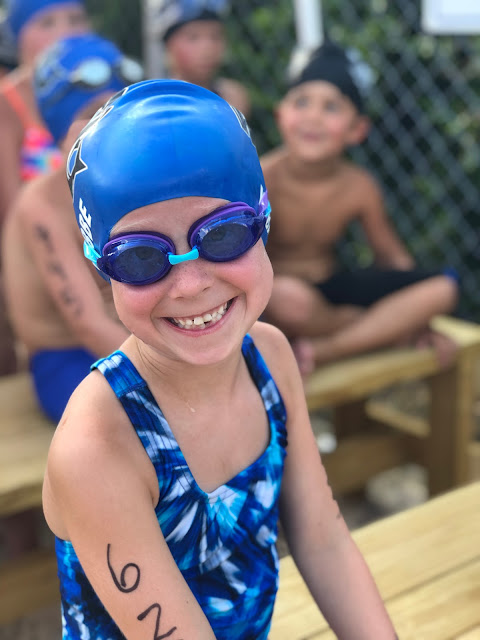 M had a great season thanks to the month of Y swimming before summer league. I am quite sure she would not have had the confidence to swim unassisted had she not swam in May. 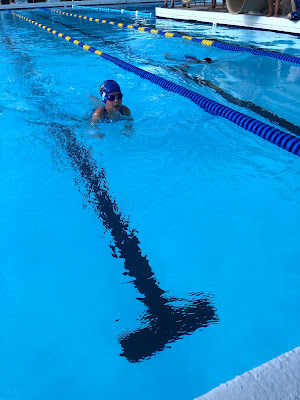 I can't say she's got the strokes truly legal but she's a pretty good backstroker like her big sisters. 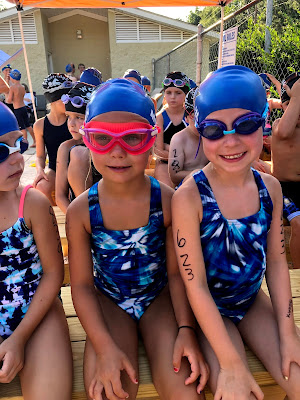 And the summer would not have been complete with her BFF from up the street! 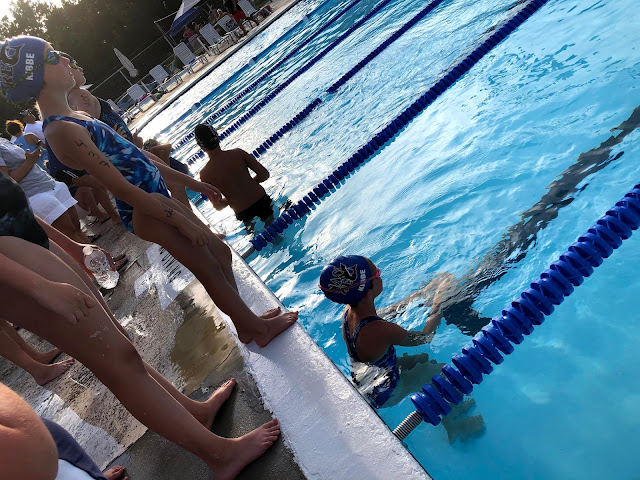 E and R swam in a relay together which was neat! 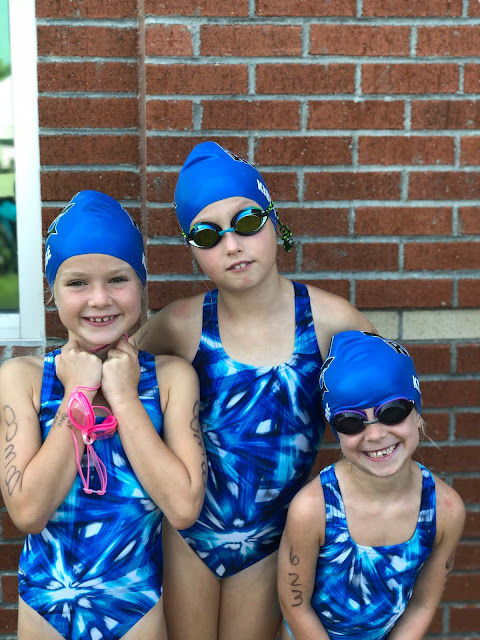 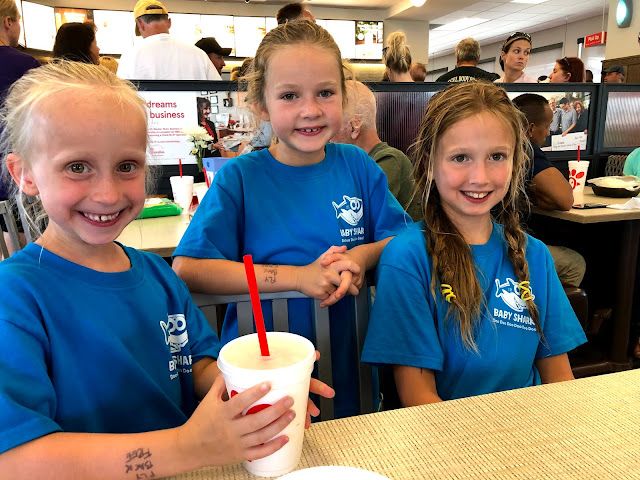