Linking up with Kelly ... I don't even know where to begin
---1---
Because it's 2020 and all things are completely insane.... The girls convinced me to say yes to taking them CAMPING with AHG. 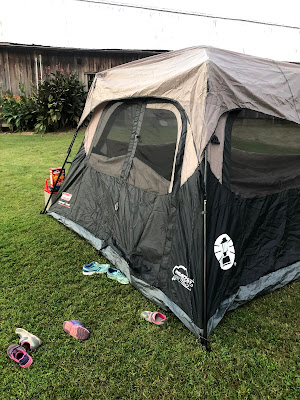 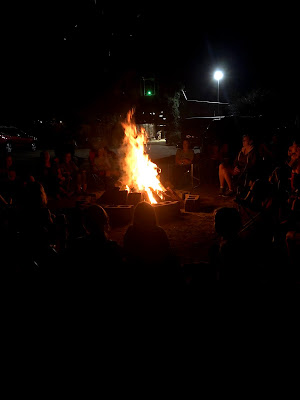 The group was working on their horsemanship badge so we camped at the place where they were doing the riding. It was literally no more than 10 minutes from our house and it was only one night. 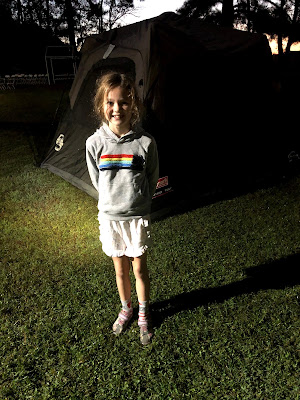 We borrowed a ten from Uncle Kev - set up was dumb-easy. If I had to buy a tent I'd buy one like his. It was nearly as self-pop-up tent. We also used some friends sleeping pads to help save our backs : ) 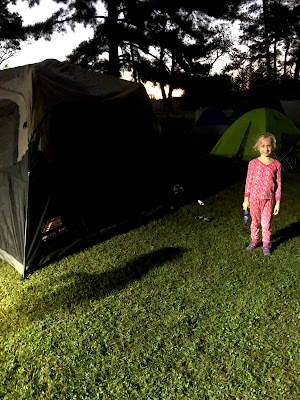 I did buy everyone headlamps which was a wise move. 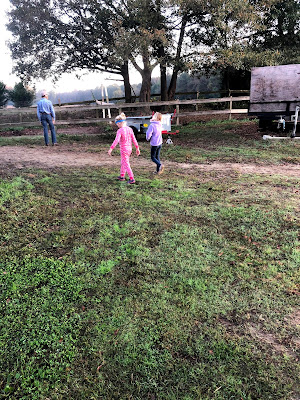 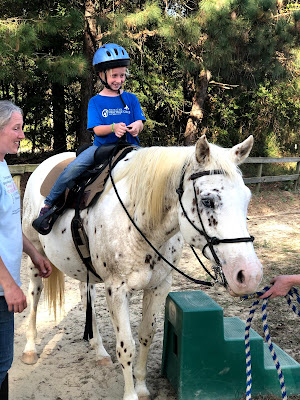 The girls got their riding and badgework in - in between soccer games. 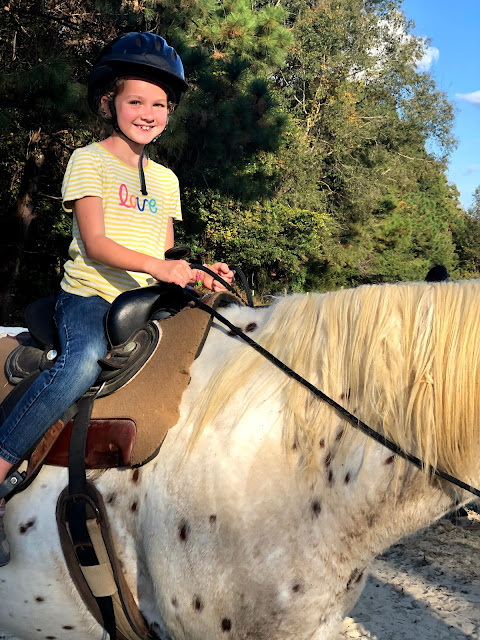 She had a great time riding and hanging out with all her friends. 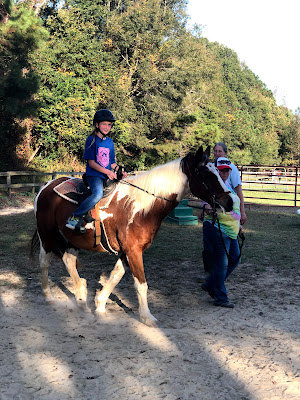 I'm probably most proud of her because this is the kid who is scared of dogs and horses are like 25 times bigger than dogs : )
We packed up and headed home and I think I beat everyone to bed
---2---
All Saints Day 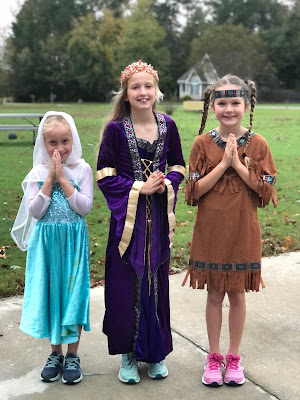 Our Lady of the Snows, Queen Esther, Saint Kateri 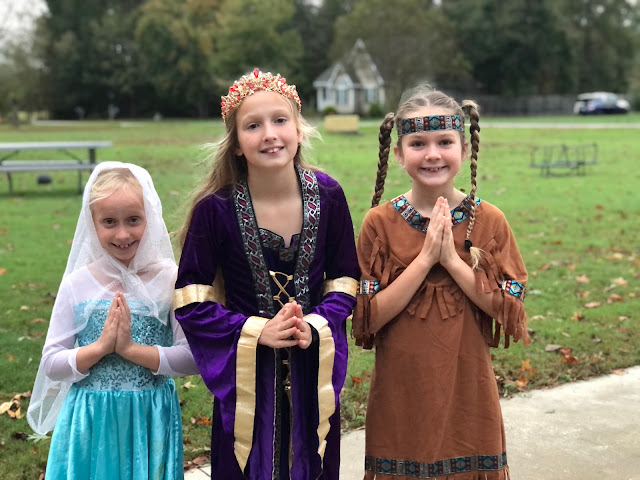 They had a festival/party mid day and it was the talk of the town for the whole afternoon. Games and food. It was like a fall version of field day I think. I think they would have stayed all night if they could have.
---3---
Then there was Halloween 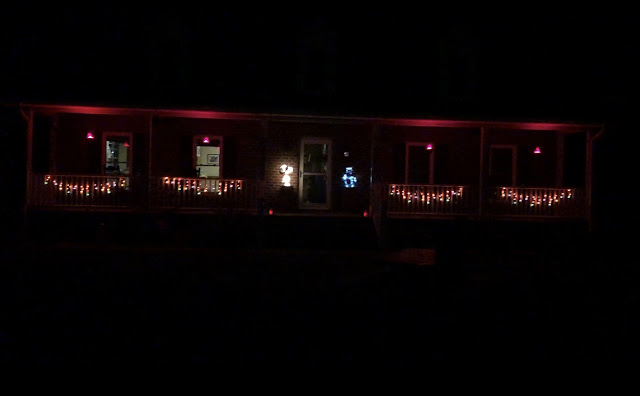 I decorated! This might have been the only time Snoopy and Cookie Monster were on at the same time. Snoopy has a short in the cord and because I got it from Amazon warehouse 2019 there was nothing I could do about it. 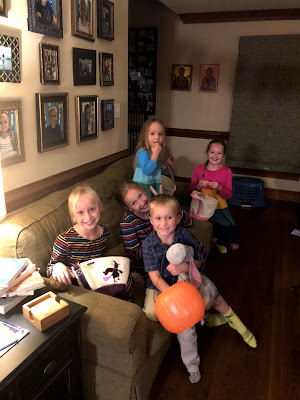 We had church 10/31 in the evening and I had no idea what the Halloween situation was going to be - it is usually hit or miss in our neighborhood. So I told the kids they could trick or treat in the house and I would be in the four rooms downstairs and they could knock on the door and I'd give them candy.  After popping out from behind the shower curtain the first time - everyone pretty much hated it. C still talks about being 'scary' and getting candy. I took E over to a friends house to watch an outdoor movie and there was definitely some trick or treating happening so next year we know where to go!
---4---
The adventures of A and C: 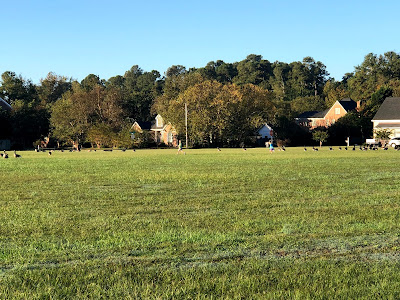 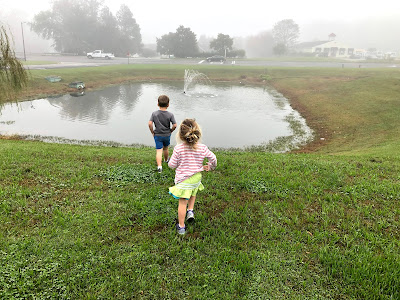 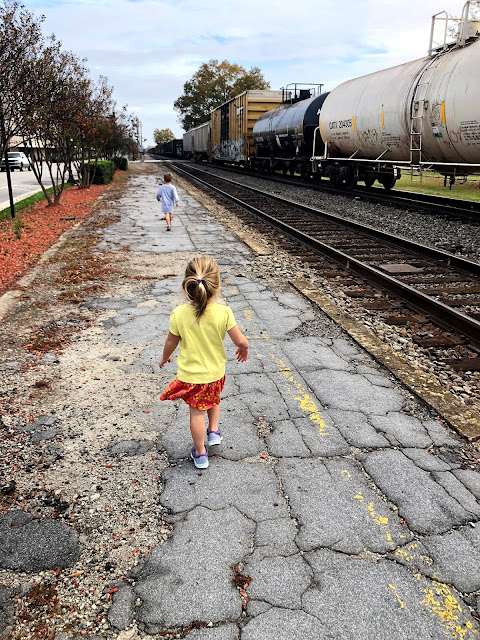 We found ourselves with a bit more time on our hands in the last few weeks (thanks COVID) so after we did the big school drop we noticed a train was on the tracks near school so we took the time to get out and check it out. It probably sat for at least 5 minutes while we were there before slowly grinding up it's wheels and giving C a good scare.
---5---
Crafting... probably one of my favorite mom duties - ha ha ha... 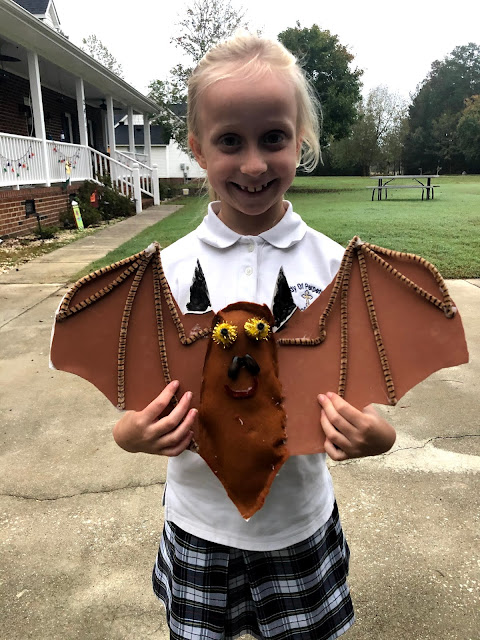 M and her tube nose bat. I think they are from Australia. Her bat probably has some of the biggest eyes of the bat projects I've seen come out of this house. 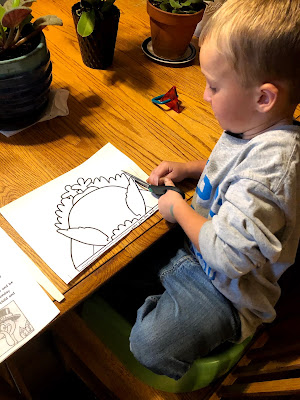 I've heard crafting with boys can be different. For A's turkey project I suggested a few themes and then went shopping so we could stay focused... 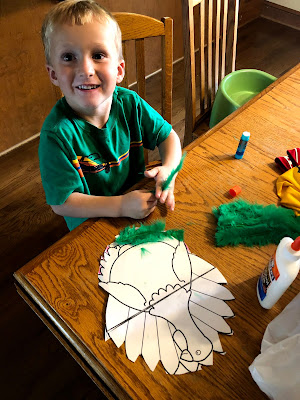 On the Turkey Hulk! 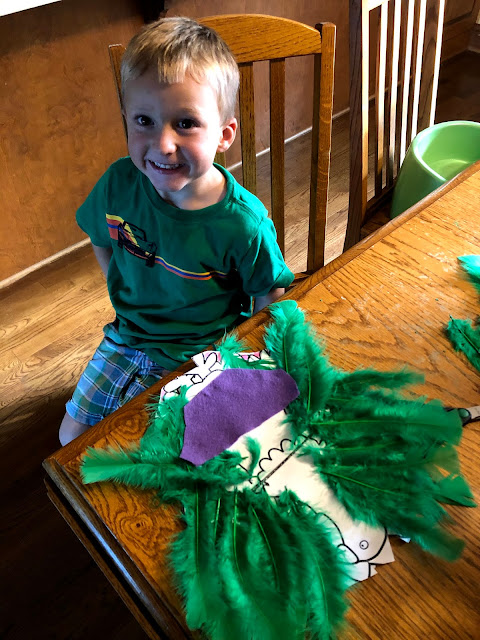 The turkey was done before COVID up and changed plans so the boy and his Turkey Hulk coming as soon as he can present it.
---6---
I found this in an old text and realized it was only seven months old. 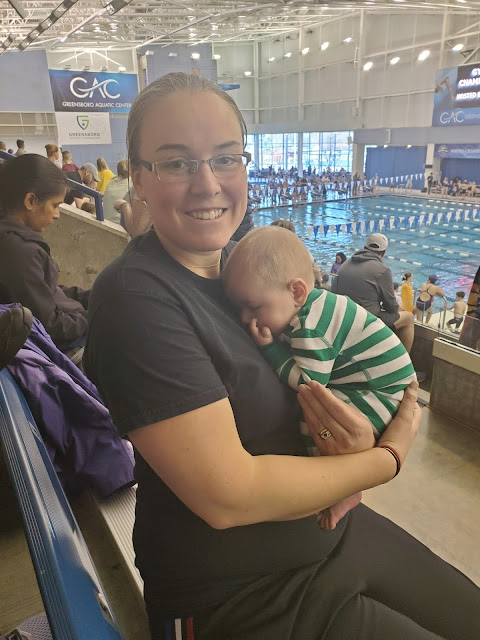 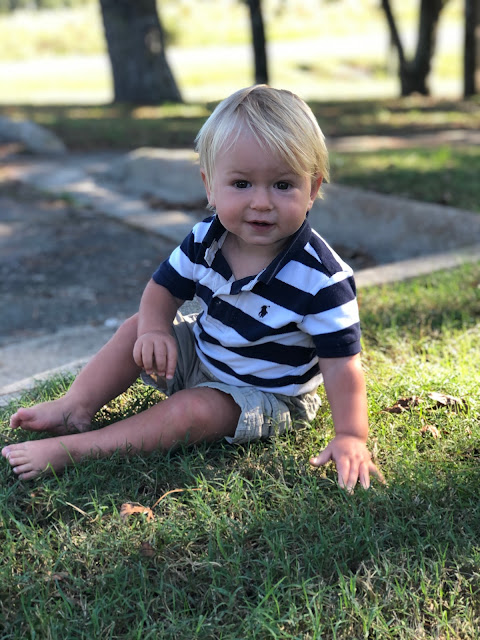 Crazy what seven month will do 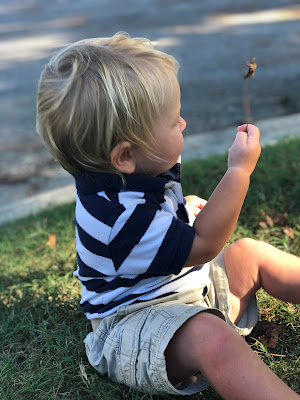 All the hair! J is still as sweet as he can be. Not walking and has just started pulling himself of stuff.
---7---
Lee and I celebrated 12 years earlier this month. 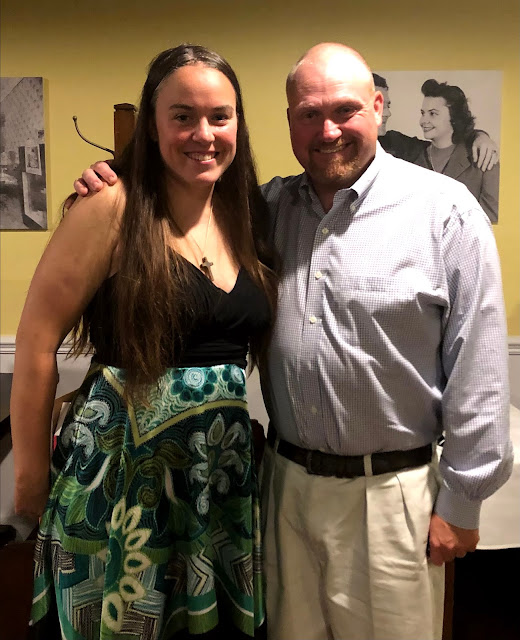 It's been a wild ride of more ups than downs and adventures and kids and activity than either of us could have imagined. God has been so good to us.
And just because it has been so long... 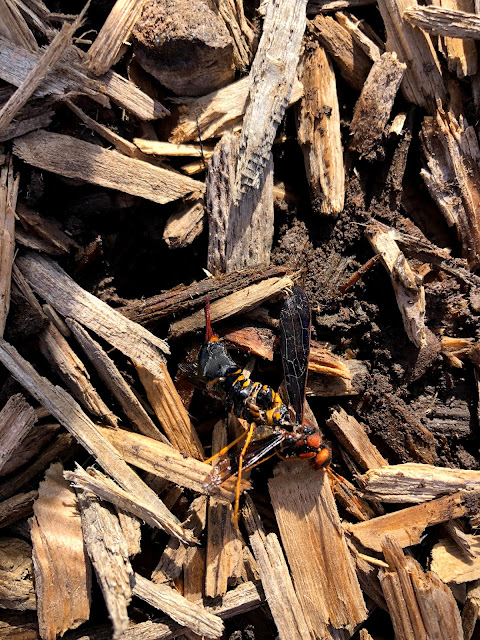 I killed this insect at the park one afternoon. It was enormous. It is dead
at November 24, 2020