Linking up with Kelly ... Well we survived another summer week but not without some fun and some not so fun
---1---
E went to swim camp at State for the week. Grammy and Grandpa Joe taxied her daily which is great because I’m still not 100% sold on overnight camps with unbridled internet access - aka other campers with phone. She says she had a fun time and she’d go back again.

---2---
M had soccer camp this week and has been soaking that up since she missed the spring season courtesy of yours truly. She’s had a few late nights with her friends who’s going and pretty much having a fantastic summer week. 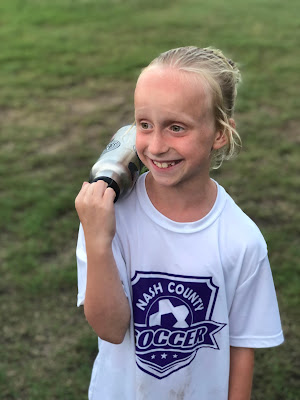 ---3---
It was Rs turn at Willow Springs this week - E went last week. Dropped her off Sunday with her 3 friends and she was set for the week. 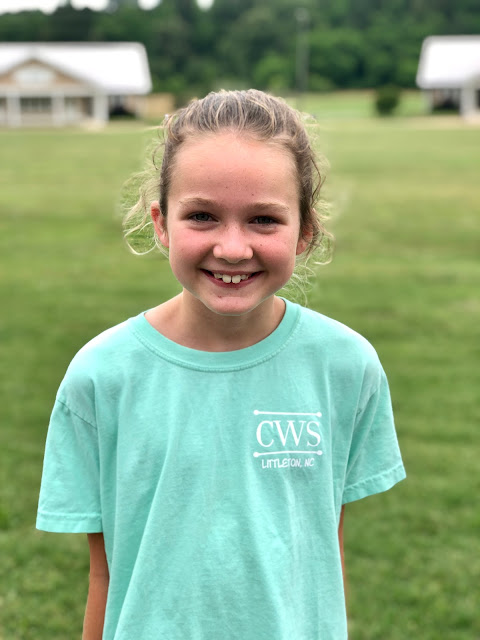 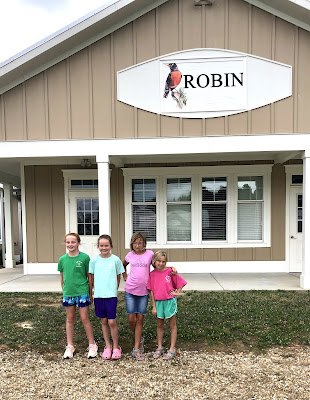 Until Monday night happened and we get a call that she fell off the inflatable jumping pillow - it sounds like a buried 20x20 trampoline. She wanted to stay the night so I was hopeful Tuesday wouldn’t bring another call from the camp nurse - but it did. While I was driving - in the opposite direction to my OB - she said she thought it needed to be looked at. 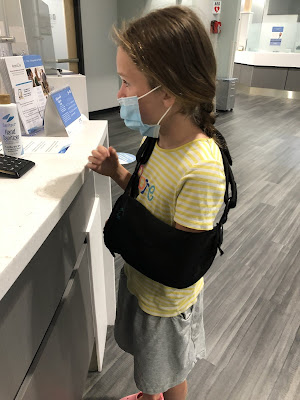 So 3 hours after that call and some pulled strings by a family friend to get us into the orthopedist we had a radial fracture and 2-3 weeks in a sling. I didn’t think it was bad until her arm was rotated up for the X-ray and then I knew she was done for. I pled with her to go back to camp to hang out with friends and enjoy what was left of the week but she wasn’t having it because she didn’t want to see everyone else having fun. Which I get so home she stayed. We can now check the broken bone box of bucket list items for the family.
---4---
Thursday brought the swim meet. C again wouldn’t jump off the block. A had some fantastic air time on his dive in. M killed it in butterfly. E missed several partners in competition but swam despite having qualms about being at swim camp all week. 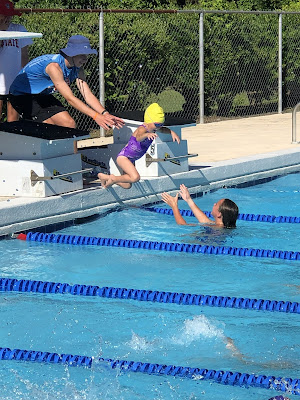 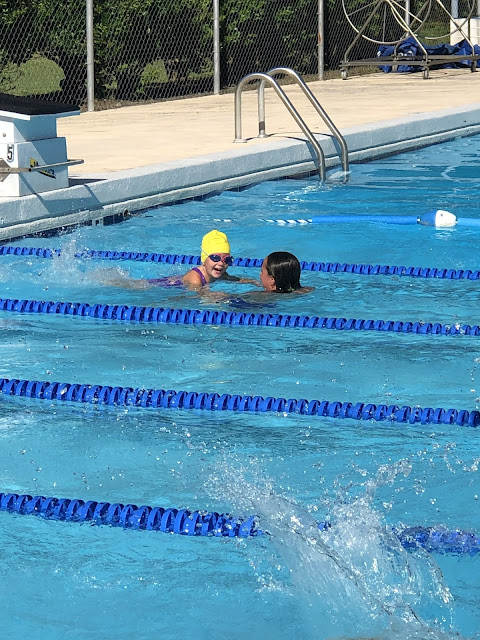 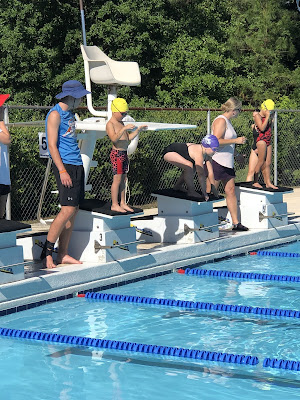 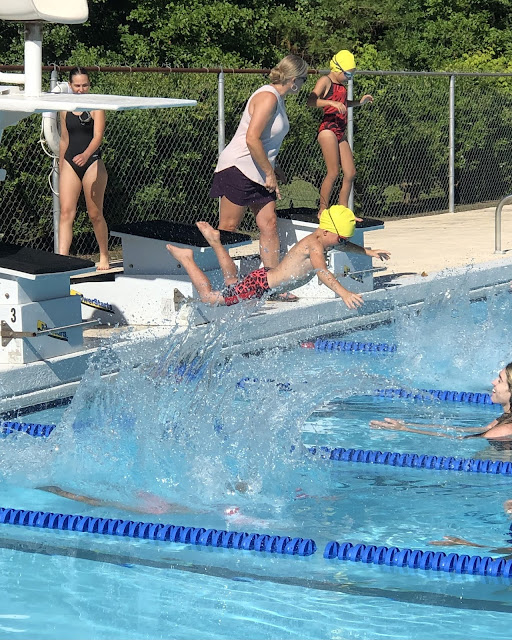 ---5---
The weather this week has been beautiful for the most part. We have kept the windows open for three nights and I’m so proud of Lee for letting us. He’s big on then AC but 50 degree mornings do help the window cause.
---6---
The addition seems to be finally coming to a close. The floors will be finished starting Tuesday which means only one more week without my cubbies! The pantry is pretty epic and the laundry is great. It’s all great but there’s a few things that I am super excited about.
---7---
June is coming to a close but we'll get some dirt and worms in for John the Baptist's bday - which my be the kids favorite saint day to celebrate - it is right up there with Transfiguration. Then it will be nearly time to go to the beach!
at June 28, 2021