Eight is Great - for M 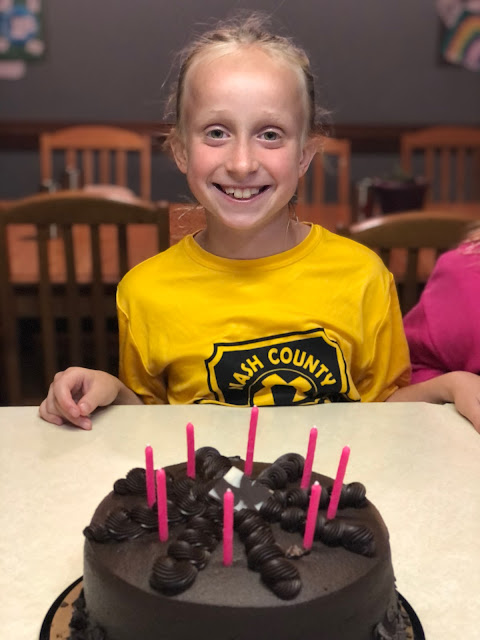 Despite being definitely one of the big kids, she can often be found playing with Lady C or carrying around J - who is a bit denser than she is - so that makes us a little nervous. 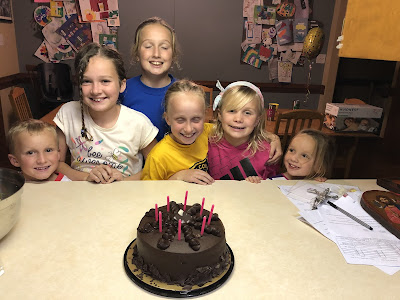 She loves to play soccer and was rewarded with a spot on the County All Star team this fall - she is thrilled! Swimming is not as much her thing but her competitive spirit really helps her out and having a load of friends at practice also helps. 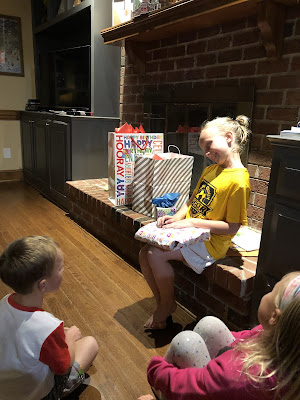 Last week she came home with the Little Flower award from school because she puts others before herself. I told her that was way more important to us than any straight A report card that comes home. 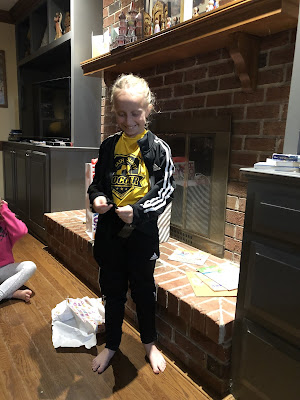 We were recently remind she’s our best ascetic and will boycott dinner if she doesn’t like what we are having - most notably she won’t eat soup on the sole basis that it is soup - that doesn’t apply to chili though.