Hopefully I'll get back to blogging more than once a week. I have a bunch of stuff that I would like to post on. In case you missed what we've been up to and a clue as to why there has been less posting recently - all is explained here.

This is what we woke up to Monday morning.... 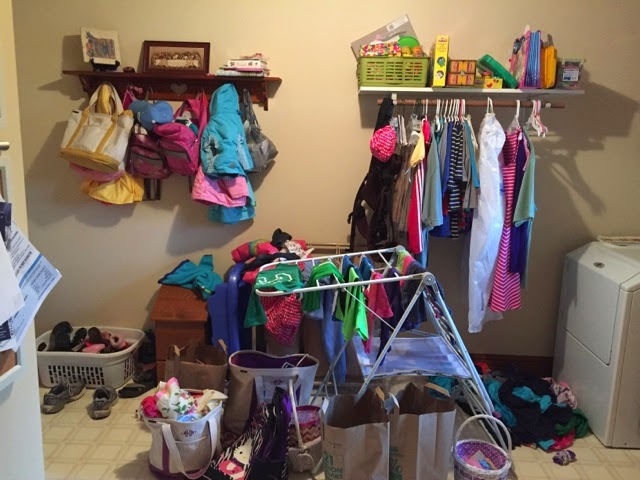 We spent the greater part of the weekend at church and at my parents house so this is pretty standard unload-and-dump practices - especially since Uncle Kev made good on his Christmas present and detailed the van for us. It remains surprisingly clean but since it is Spring Break we have not had the normal school runs this week so ask me next week what the van looks like : ) 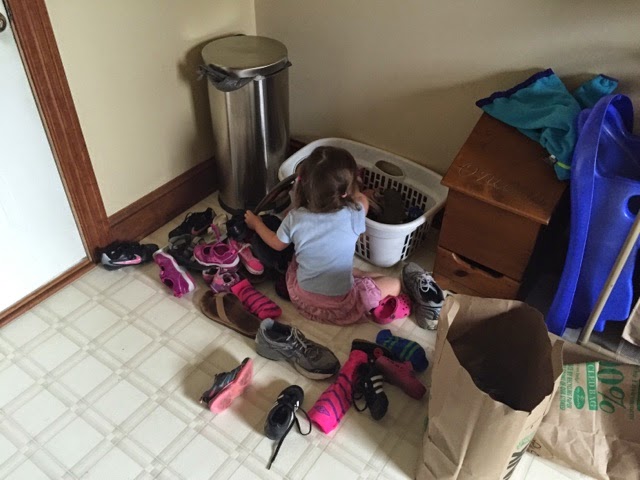 My new theory on R's stage of life and attitude toward most things is... That she does not have an ounce of haste in her body. Which is fine. She is 3 and can move at whatever pace she chooses. It can be frustrating at times but she had taken to a very laissez-faire outlook on life. Example... when she is look for matching shoes she sits instead of stands over the basket and takes each shoe out one by one and dumps 80% of the basket only to realize (after I show her) that the shoe she is looking for is right behind her. And putting them away....

Oh but it doesn't have to but she drags it out....

There's a first time for everything I suppose... 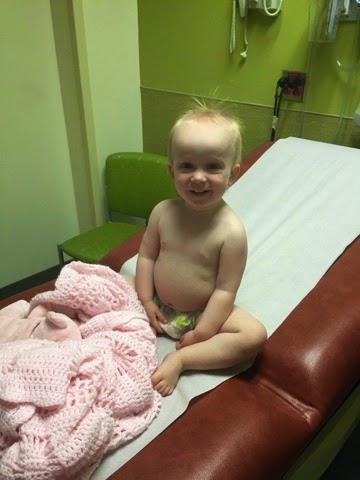 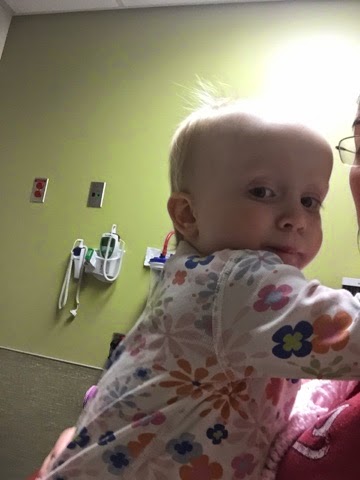 Praise the Lord it turned out to be nothing serious but M woke up Wednesday night crying and kind of gasping to breathe. It sounded like something was in her throat and she just couldn't clear it out. She was bouncing off the walls but didn't sound good so after about 15 minutes it was off the the ER. I drove her but I put her in R's carseat which is front facing so I could look at her when the light was on. She seemed totally normal other than the fact she was not breathing normally.

Anyhow, we made it to the ER (all of 5 minutes away) and there's a new pediatric section so we were taken right back and by that time M seemed to be breathing more normally but she was still breathing heavy.

Fever reducer, chest x-rays, a breathing treatment, a dose of steroids and 2.5 hours later we were back home.

So thankful that it was nothing more... they think it is a croup-like /deep chest cough but still not something I can fathom doing often. Seriously my heart goes out to parents of really sick kids who are in and out of the hospital - I don't know how you do it emotionally and physically.

We detoured to work with all the kids this week. They actually all behaved but it also helped that the phone rang a handful of times and no one came in for a water test so it was pretty easy. 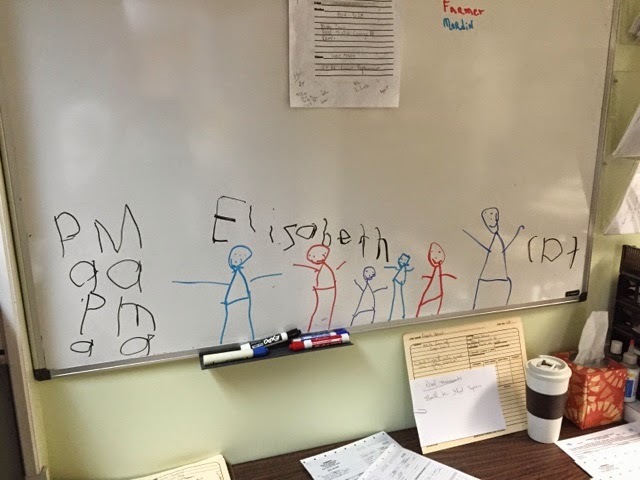 Me - Why did you write cat next to Jibbe?
E - I just wanted too


Then R and M stopped in at my other job to mail something out... 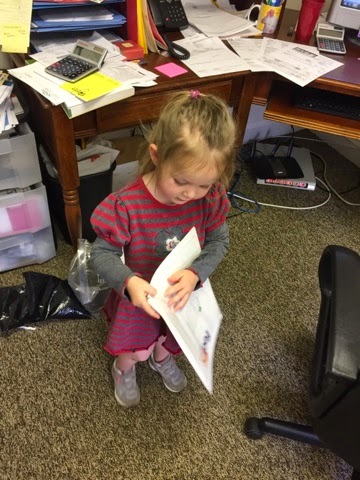 Me - R would you like to help me?
R -Y-essssss
Me - Will you hold this please?
R - This chocolate?
Me - {Wishful thinking kid... next time I mail a FedEx envelope with chocolate inside I'll let you know}

I have some posts that I would like to do including... catching up on things from the last month or so, a whole Pascha/Easter weekend post and a what we are doing for school next year post... Maybe I'll get to them : )