Back from a blogging hiatus for an Easter/Pascha (which I use interchangeably) post...

Christ is Risen from the dead
By death He conquered death
And to those in the tombs
He granted life!

I'll have to do a whole post on what the weekend actually looked like but here's how Sunday morning went down... For outfits this year we went 'shopping' in our closets mainly because I cannot stand spending a small fortune on dresses that don't last. Dresses from Easter 2014 and Easter 2012 has some parts of them torn or buttons ripped off after one or two wears. Maybe its the girls but I tend to think part of it is the quality. And since I don't have a large fortune to spend on Pascha clothes to the closets it was. 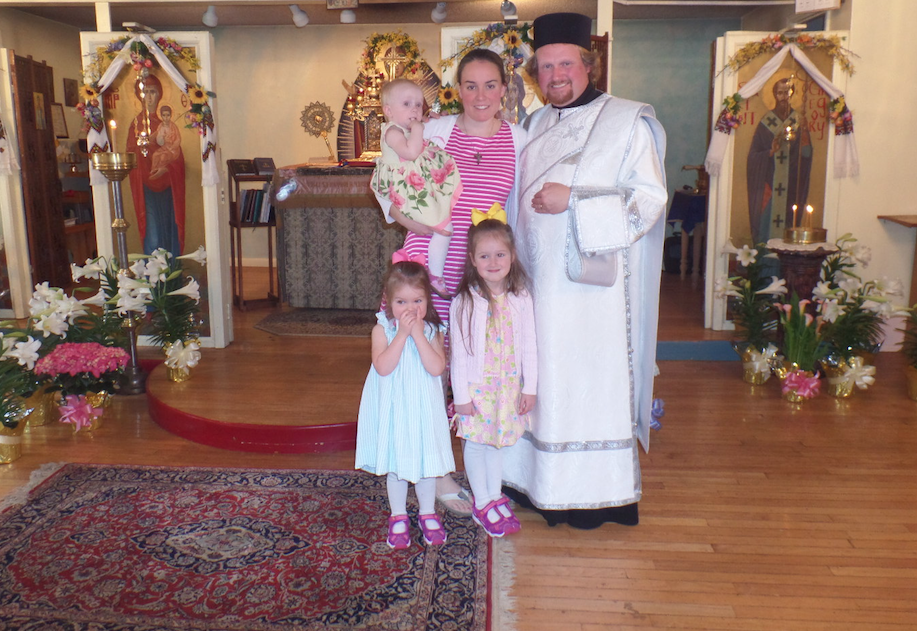 E's dress is a actually from Goodwill. A good family friend scours the racks of the GW often for the girls and some of the stuff she finds is quite amazing.

M's dress is E's Easter dress from back in the day. I really like it and I'm so glad that she could eek into the 12 month size

E and R did get new shoes for Easter which I debated about because they are super pink. BUT they are Stride Rite Made 2 Play and can go in the wash. The thing that drives me crazy about shoes is that kids can tear them up in a week. So it was either these that would last all summer or white patent leather shoes that would have made it half way through church (I did that one year). I was talking to our priest's wife whose youngest is about E's age and she was saying how torn up her daughter's new pair of shoes would be after their romp around the playground. 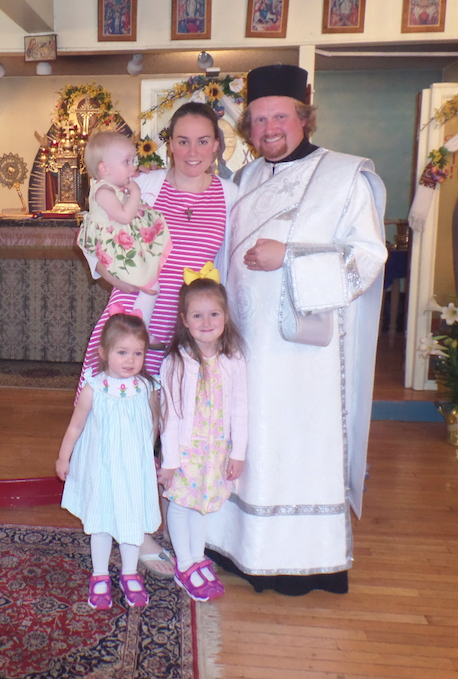 And we are done.

Lee was super adamant about me/us reminding him to NOT take off his vestments for the family pic because one year (it was Christmas and that is one of two obligatory family photo days at church) he forgot and he was not happy about it.

I ended up finding a new dress from Talbots a few days before Easter. I searched the racks of Belks a few weeks before and I was not crazy about anything so I was pleasantly surprised a this find. I still need to find a decent pair of white sandals because the pair I had for a while disappeared when we moved a few years ago.

So now you've seen what everyone wore for Easter 2015 but you might catch me wearing this around for the next 6 months... 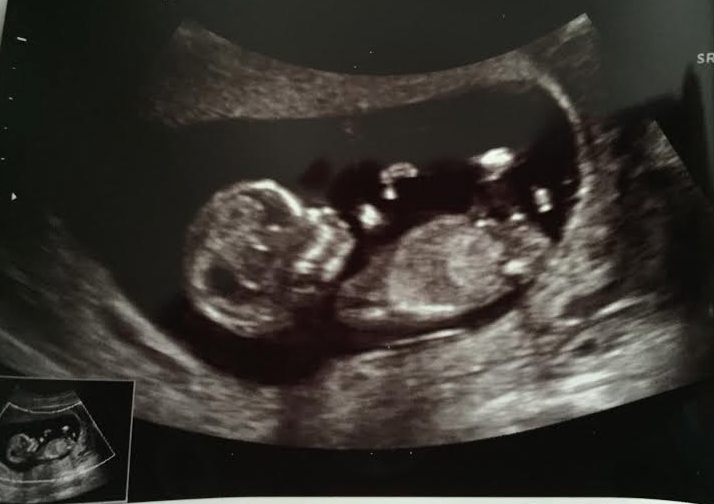 Linking up with Fine Linen & Purple for What I Wore Sunday...