I try and do a little something for Valentines Day and here is how it worked out: 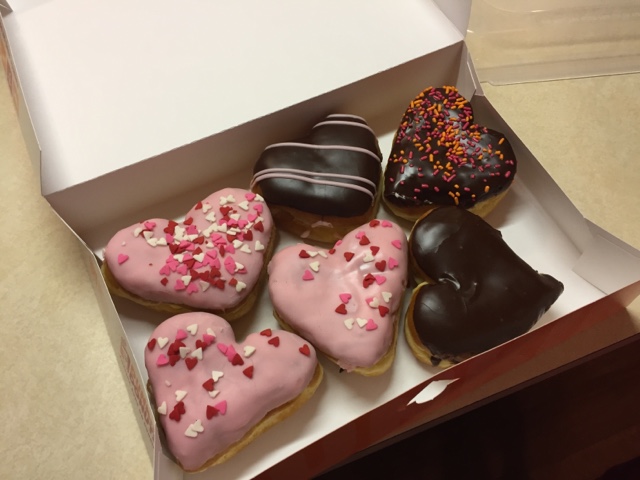 Last minute run to get cards and flowers for the girls the morning of ended in a stop for - of course - heart shaped donuts. We've done heart shaped muffins and toast and maybe next year I'll remember the EXCESSIVE amount of sugar in take for the day and nix the donuts but they were fun anyway 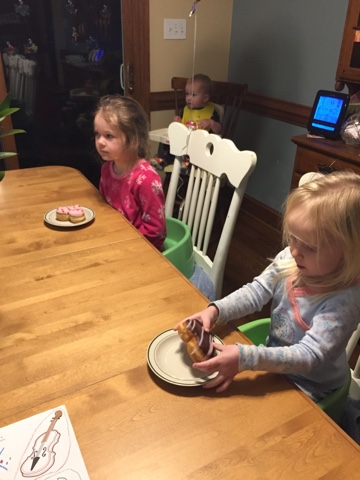 I gave the girls each a cup with a flower in it because who doesn't like getting flowers (and a week later they are still going strong) plus everyone got a card with a DD and CFA invite with either me or Papa. They have to redeem them though - I don't think many were redeemed last year so maybe we can do a little better reminding them ; ) 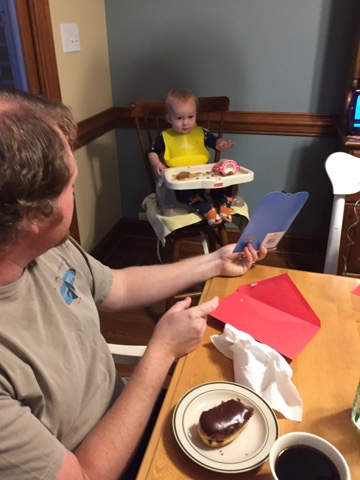 R wanted me to come to her party at school so I did... then I went over to M's which was much more just 2 and 3 yr olds eating than a party they understood 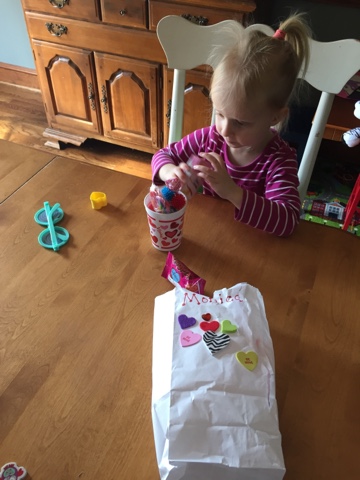 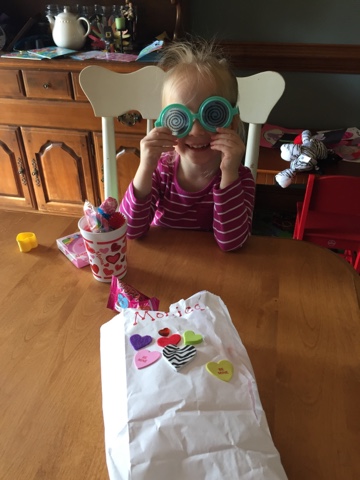 Your brain on sugar overload! 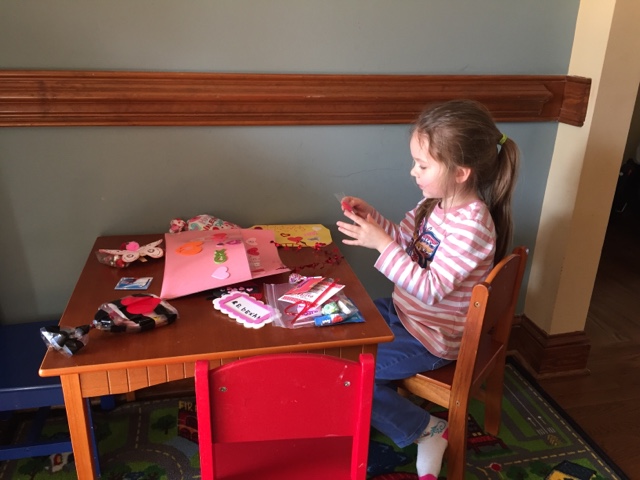 I kind of expected the amount of stuff R brought home to be less than M - but that was not the case. She sorted through her envelope and organized everything for dessert purposes. 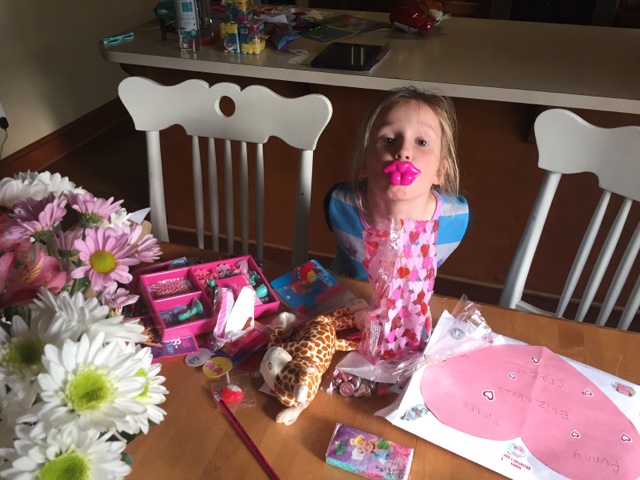 I assumed E would have the least amount of stuff coming home because there was no formal party - that I knew of - though they did have a secret Valentine they had to write a note for and pick up a few things they liked. Well I was wrong. This girl came home with the MOST stuff!

E had AHG later that night so Papa was on double duty for cooking over the weekend - which I didn't get any pictures of - which is kind of a scandal. He cooked me (and the girls) my all time favorite thing he makes - veal scallopini - it's the second time he's made it ever. It sure beats paying $65 a plate at a restaurant when your husband can make it at home PLUS PLUS PLUS you get seconds! Then Sunday night (which was also MeatFare - aka Papa's not cooking any more meat until Pascha/Easter) he cooked the world famous Pine Nut Chicken - crowd PLEASER. Again no pics but we definitely ended Valentine's Day week on a high note with that food!
at February 21, 2017