Linking up with Kelly and the usuals...

Sometimes I have little reminders of my kids... 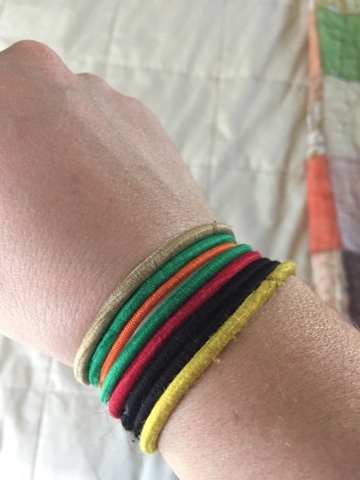 I am a mom to several girls with long hair and finding hair ties is either really easy or super difficult. On this day it was easy. There are already murmurs of cutting our hair. I am still advocating for a pre-school hair cut like we did 2 years ago and I'm not quite sure if M will be able to get in on the action! 8 inches is a tall order for a 3 yr old who has never had her hair cut and whose hair doesn't seem to grow quickly at all but she is the one who is pushing the hair cut the most!

The swimmer does homework: 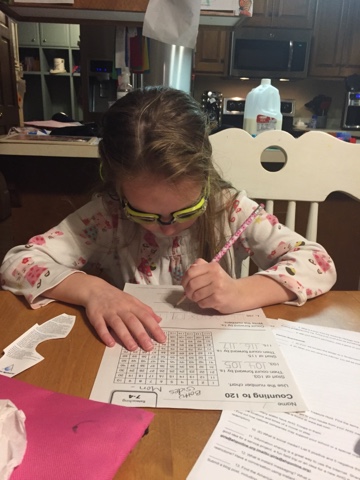 E had to get a new pair of goggles because the band on one of her pairs (she has to have 2) broke on both sides in less than 24 hours? Kind of weird because I thought the one side breaking was just a fluke. Anyhow, she wanted yellow and the brand she had before didn't have only yellow so we branched out to these and she HAD to try them out immediately. 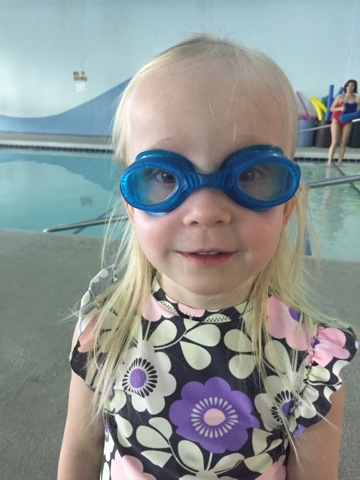 It is super convenient and A stays home with Papa - love you A - so I get a break. 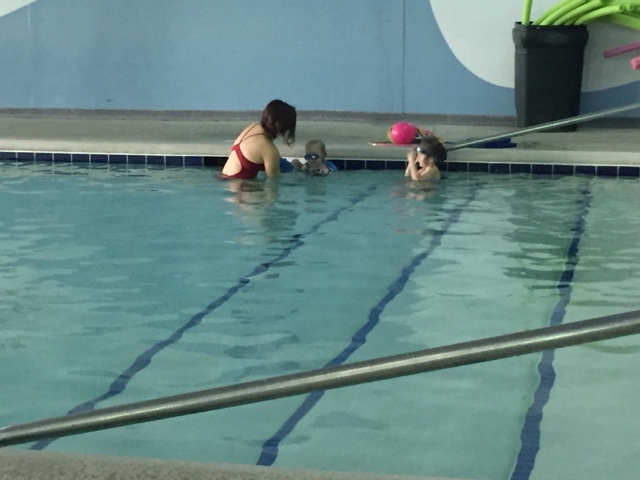 I love that R gets to be the big sister and be 'more advanced' if you will. She LIVES in E's shadow so much it's good for her to be the biggest. These girls are both hoping to swim 6 and under this summer. M doesn't really realize what that entails I am quite sure. R can do it if she wants to and she's eyeing a new bathing suit. Standing offer is if you swim 6 and under you get to pick out a (blue) racing bathing suit and I told E she could get one to match (because she kind of needs one) but also she will help cheer R on to 6 and under glory : ) 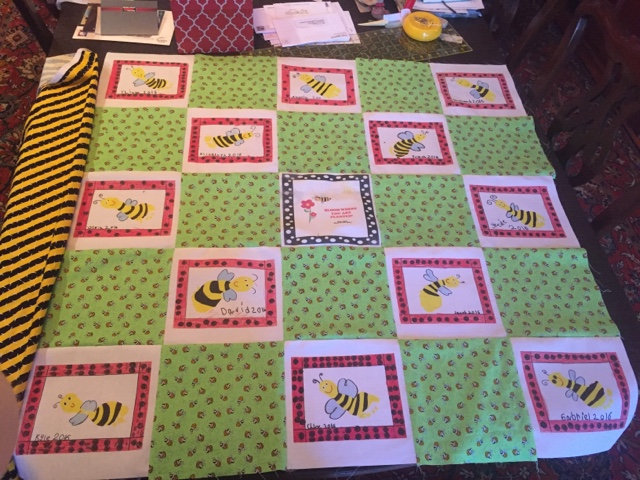 So it is not backed or quilted in this pic - nor did I do any of the sewing to speak of - okay maybe a square or two. A HUGE gracias to the lady who has less time than I who got this done in no time. The quilt is en-route to my case and I cannot wait to see it. Hoping this will be a big bidding auction item in a month!

E was working on her World Heritage badge for AHG 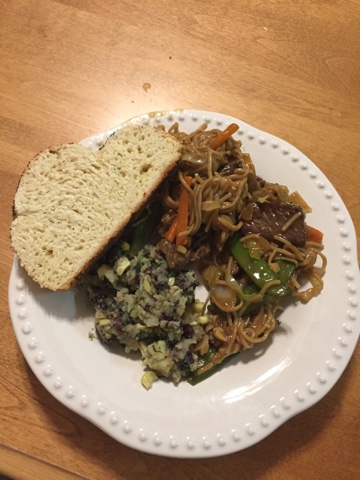 She picked Japan, Israel and Kenya to learn about. Part of the badge is cooking food from those countries. Papa of course stepped up to the plate and made the cooking side of the badge happen #teamwork

We had beef stir fry from Japan, beans, corn and potatoes from Kenya and Jewish bread. I think my favorite was the Kenyan recipes and that will be added to the roles of Lenten recipes!

Catholic schools week was ages ago but here's to it anyway... 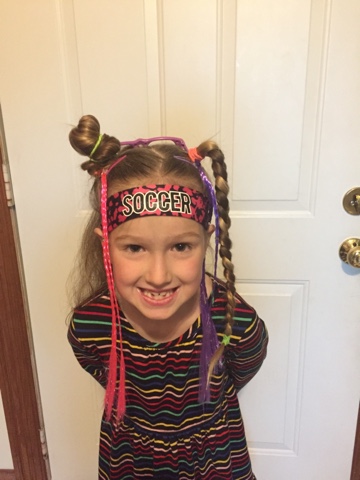 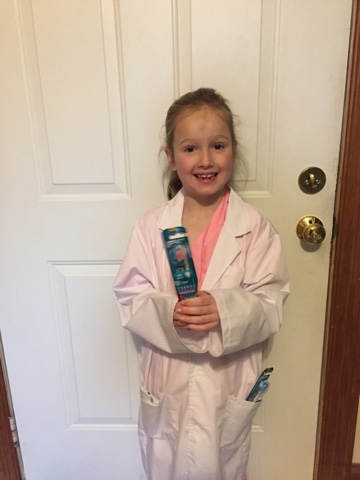 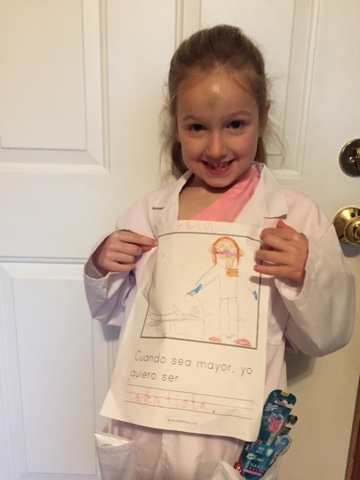 In Spanish the week before they drew and wrote what that wanted to be but I didn't get a clue in time so Amazon Prime to the rescue for the scrubs and white coat. By the end of the day E said she wanted to be a hygienist except she kept on saying - high-GENE-est and I was DYING.

Also, the book fair was during Catholic School Week... 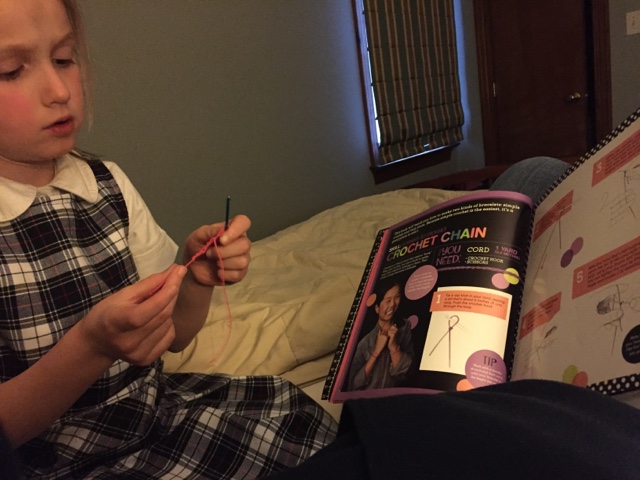 E had a more than great report card so she had some funds to burn. Of course she picked a needle arts book. Let it be known I am not crafty and I really don't have a lot of patience for crafts especially new ones that don't go according to plan. E and I sat in bed for FOREVER trying to get this bracelet started. It really doesn't help our joint cause that she's let handed and I am not. So we are doing things backwards from each other. E isn't the most patient person either (ehem... where did that come from). Anyway, she left more than disappointed. She has still emerged for the heights of the upstairs with her bracelet she is working on. Sometimes you just have to figure it out on your own.