Linking up with Kelly and co... in no particular order

St. Patricks Day was a million years ago two weekends ago 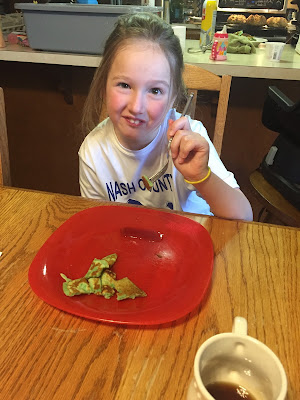 Lee was cooking away all day and some of the days leading up to the big school St. Patricks Day dance 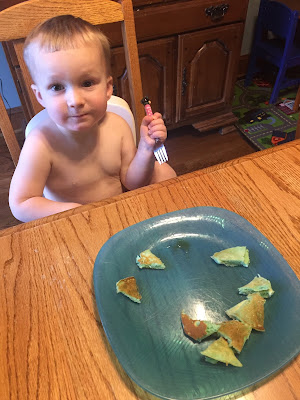 I managed to convince him to make green pancakes because green milk in cereal hasn't gone over well in years past. 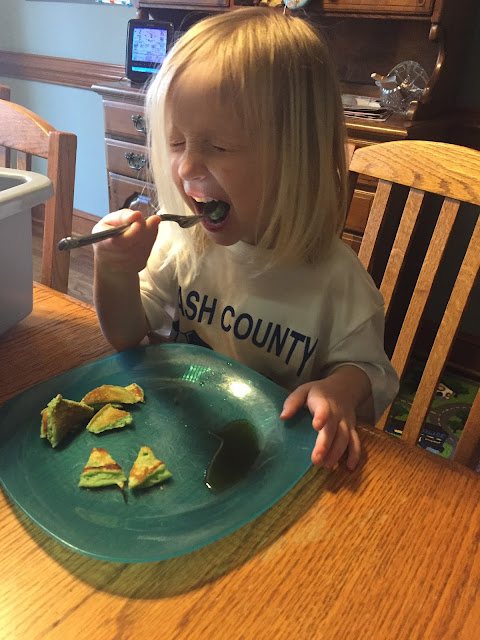 They were a hit 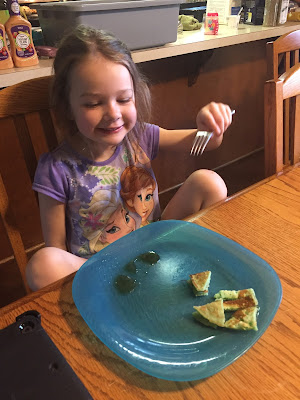 And so was the dance and the food and it was a really fun time for all and a fun and exhaustive time for him but I think he secretly likes it because he loves to cook. I'm telling you, he missed his calling as a chef and I'm good with that : ) 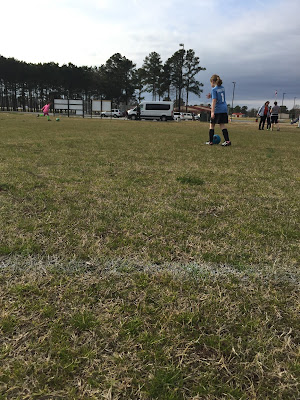 It has been some logistical aerobatics but I think it is working out. I'm coaching E and M's teams - yes both of them. How? I have a sitter come with me to the field to watch them. I am still toying with the idea of just bringing dinner out there for them to eat and once Lent is over I might have to use the evening ball field burritos or something M took nearly 100 pics after her practice.. apparently this was really important 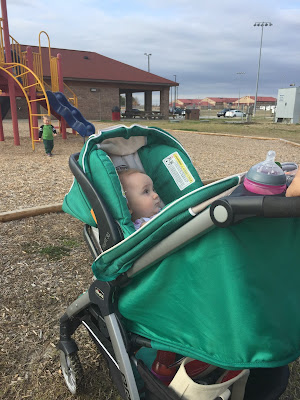 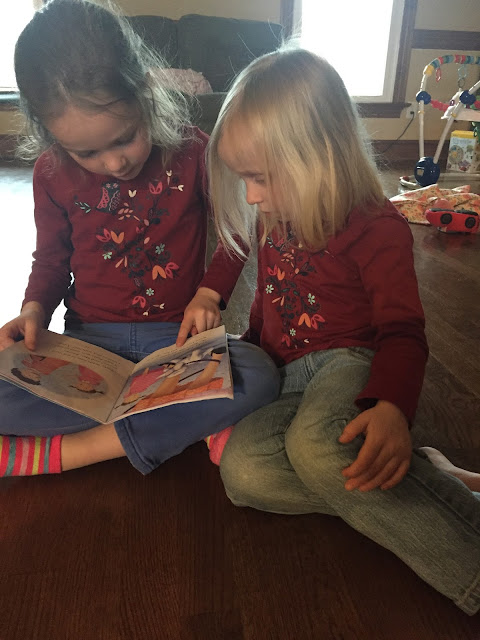 She's moving up the ranks to Pinkalicious and she's up to lesson 60 on Teach Your Child to Read in 100 Lessons. Her reading buddy, Pony, needs to be totally restitched (Thanks a million Build-A-Bear) like I've got loads of time on my hands to nurse an ailing stuffed animal!

2nd and 3rd grade did Live Stations of the Cross 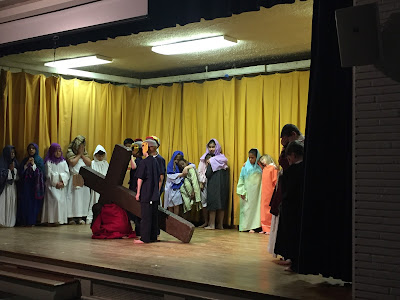 On the night of Live Stations... M needed an attitude check (and continues to need one) Hello drawing on books during rest yesterday (hello photocopy of E) 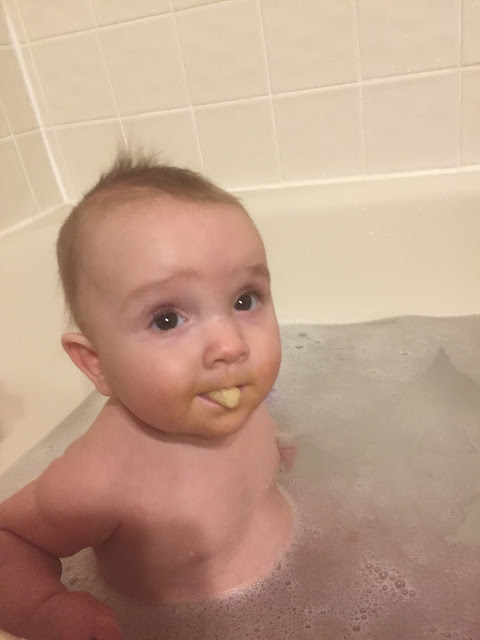 R (has seen them in the afternoon with me), A (it was 6:30 and he's a raging loony tune in confined spaces) and C (bedtime anyone?) were treated to a bath (I think my younger kids are missing part of their childhood not taking baths but they are so terribly impractical. It was big deal and R loved being the boss of the tub and A enjoyed the extra room and C was confused by the big tub. 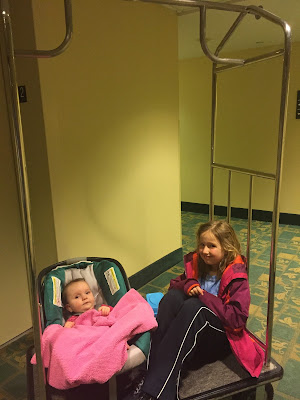 It was nice to spend some alone-ish time with E. We went out to dinner and played tic-tac-toe and she thought it was so crazy I could actually beat her. We shopped and found A his tie for Pascha and it is amazing - it is a zip tie. We found C's Pascha basket. E found herself a American Girl Lego set for 50% off so I've hidden that in my closet for a few more months. I discovered E is not a good bed-sharer - apparently I wasn't either. C was not a good sleeper unless she was in the bathroom - after the second time of her getting up I said enough was enough.

E had a good run this season swimming. 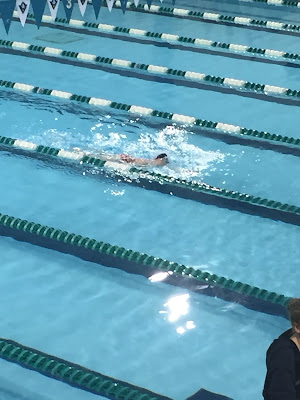 She made some good progress but of course has some work to do next year if she goes the swimming route. 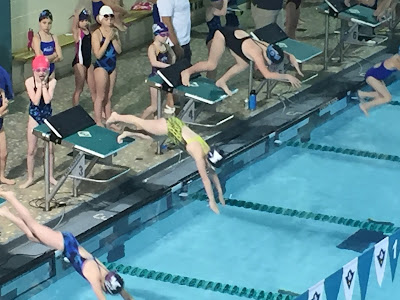 Last year she would have looked like kid #4 diving in. Her favorite stroke is still backstroke and ironically enough she won her heat of back stroke only to find out she had been DQ'ed because of her turn : ( Anyhow, she had a good time though I think next year we are going to impose increased practice requirements for out of town meets along with no complaining.