So apparently I leave for China in like a hot minute... 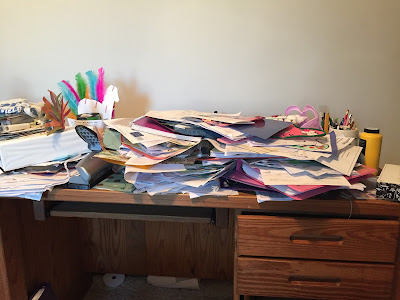 Which means it is March and hello taxes and hello a zillion dollars of medical bills. Ya'll this year I could write a freaking book about the navigating the medical industry and paying the bills to the people who make it happen. 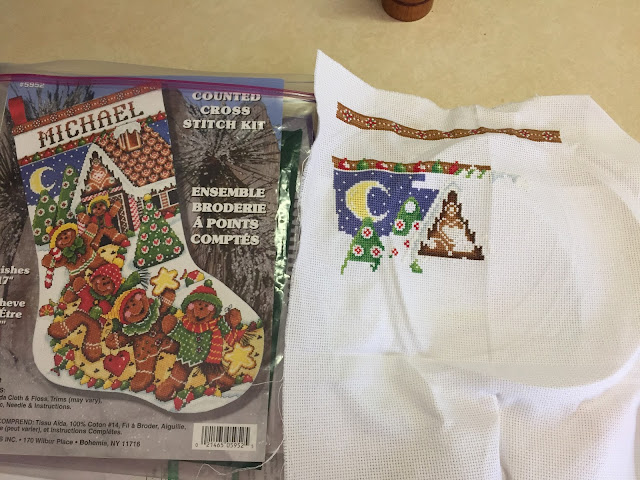 That's how far I got on A's last China trip. I am in the shorter rows of back stitching M's stocking... I'm hoping to get to the bottom of the right tree and through the top gingerbread man. Hopefully I'll have some blocks of time of exhausted awakeness in the early morning hours in China 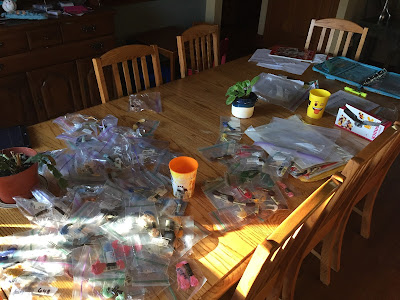 E helped me sort my thread.

It was wacky day at preschool this week... 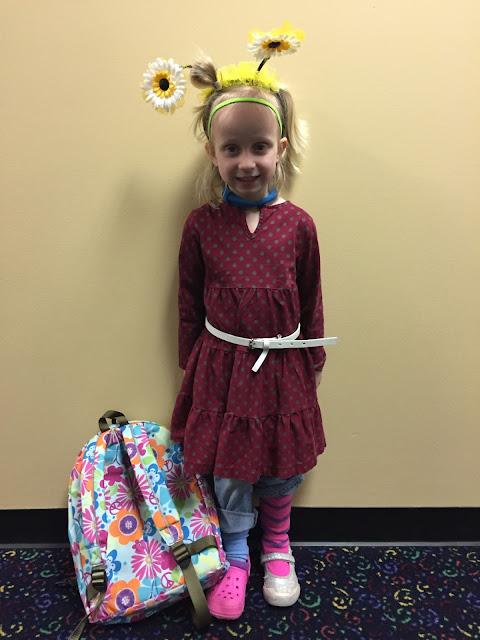 M remembered about half of the Dr Seuss days because it's-his-bday week. She didn't know what to thing about wacky day but I helped her fill in the gaps. Hopefully next week without mama won't yield too many wacky outfits. I asked her if she wanted a veil or a necklace/crucifix and she chose a veil. A yellow one to be exact. 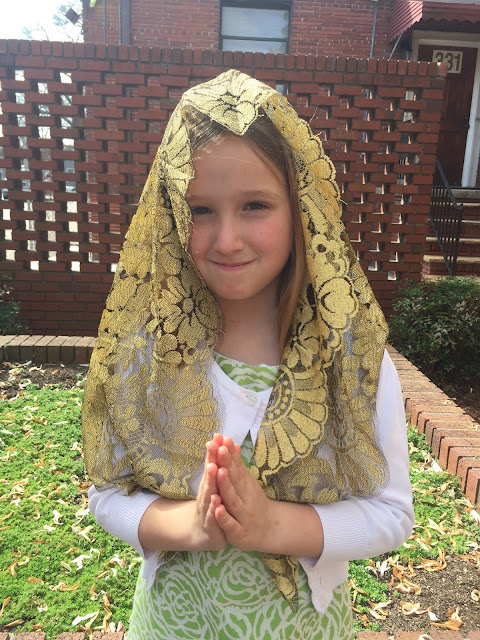 I had to drag the crew along with us because Papa had a deacon day in Raleigh. Which wasn't so bad but A was a nut. But a wipe keep him busy cleaning for 20 minutes. I had an epiphany regarding the sharing of my sharing or rather God sharing my husband with me. Sharing is caring. But SHARING IS HARD. 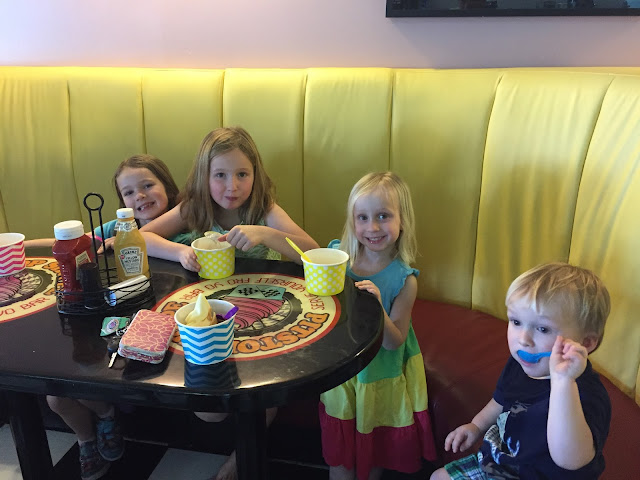 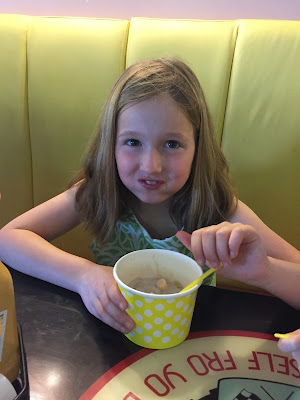 So proud of her! I let her get extra ice cream extra toppings : )

This week in the news... 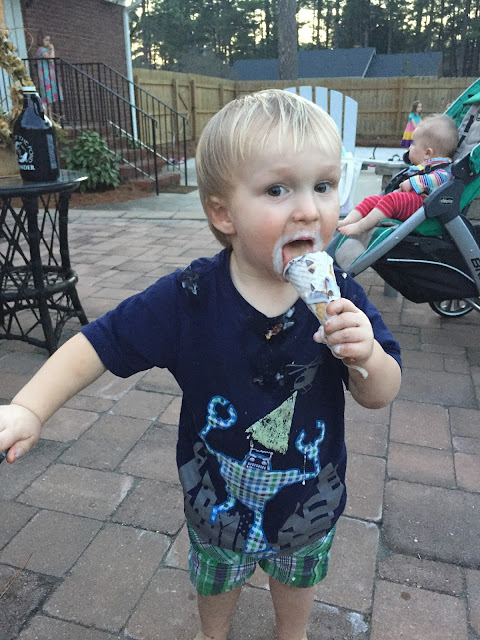 We went to M's future in-laws and had dinner and ice cream and there was a mock wedding and M kept on walking around this week saying that Alex kept on saying that she was his husband but THEY WERE JUST FRIENDS!!!!!!!!!!! 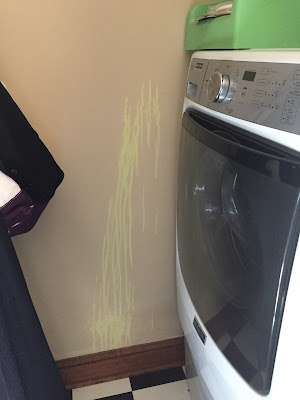 Also, I spilled bleach on the wall

We are getting through another round of swim class 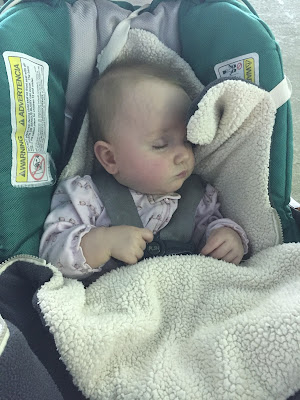 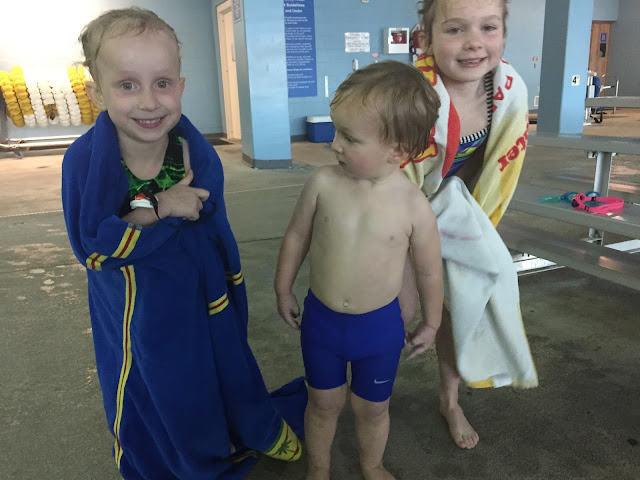 A looks good sporting the jammers

We had a family Lego night not too long ago - actually I think it was a Friday after Stations because we are cra-zee like that. 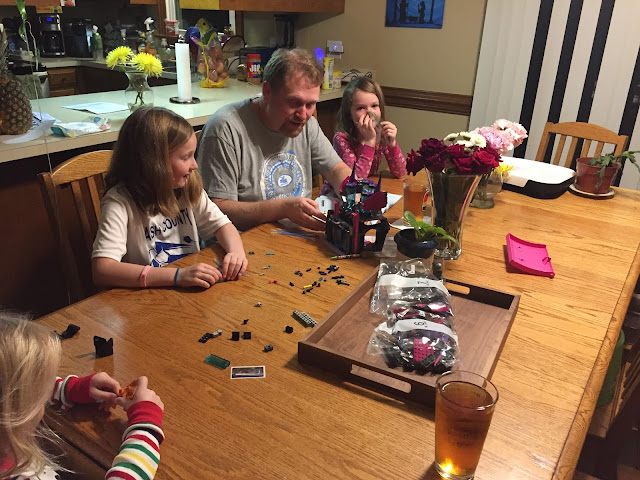 E and Papa were the main builders and R did building and sorting. 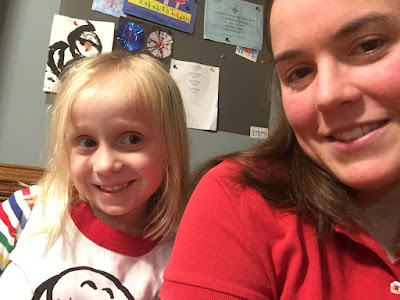 M and I were the main sorters 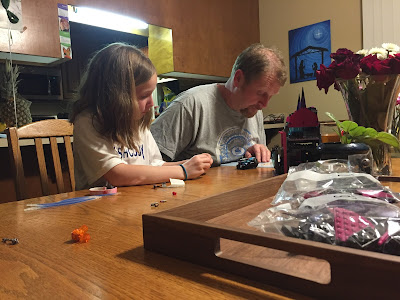 Toward the end it was only Papa and E and M and R were playing stylists of my hair which they always find to be wildly hilarious.