Linking up with Kelly ... another highly busy week (ago)

Monday was teacher appreciation luncheon which somehow I got put in charge of a few years ago. Always a little crazy and nerve racking up until the last moment because I'm relying on other people to do/bring what they say - and of course they did! That sprinkled in with having pick up the little peeps from school and they shoot back over to big school to help with clean up - we did it.

Then it was the normal afternoon soccer practice shuffle... couldn't survive without the sitter for the non-practicers.

Tuesday evening was kind of a hot mess. Lee wasn't sure of his schedule so I was kind of banking on him being able to swoop in and do a pick up. Well that didn't happen. R had gotten the shaft in terms of not going to stuff lately and she didn't want to miss tee ball and E had to get some badge work checked off for AHG because the end of year is coming up....


This is how it played out. 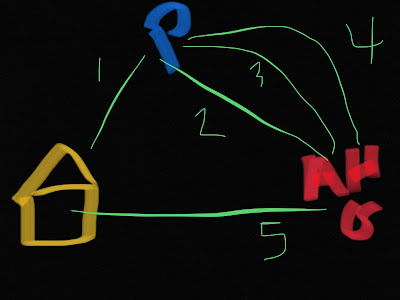 It wasn't amazing and it could have been worse. Probably the most frustrating part was when we rolled in at 8:30ish I had bedtime duty solo because Lee STILL WAS NOT HOME!!!!!!!!!!!!!!!!!! And didn't get home until 10... #poolwifelife

Wednesday we went to church for Ascension (Thursday) - I'll steer clear from the 40 day vs 43 debate. After the night before I was pretty much convincing myself not to go. It is hard. I'll have the kids all by myself. It will be late. We need a break. I'll have to drive back at late-o-clock. I'll have to feed everyone dinner. The devil likes to plant every little seed of doubt. I focused in on a Psalm that I like to mediate on - Show me your ways O Lord, teach me your paths. Lead me in your truth and teach me. Something like that. So basically I knew I needed to suck it up. So we went and it was good to go. 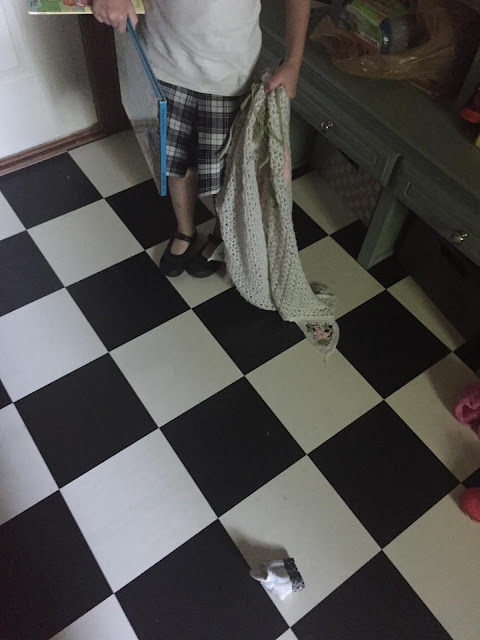 Fortunately when we got home Lee beat us to the punch by a little bit so the van transfer wasn't bad. 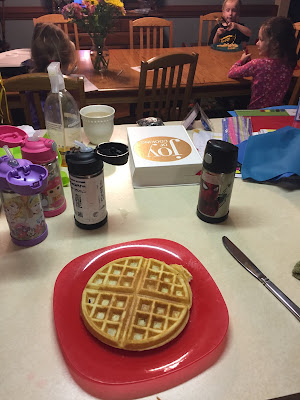 I INSISTED we eat as a family whether it was 5 or 8. I didn't care we were doing it together and singing her happy birthday.

More on that later.

Friday R's bug project was due. She isn't much into crafting or details so I prodded her along to get it knocked out. 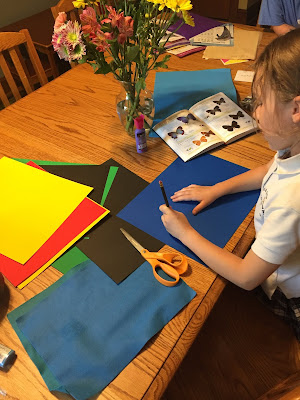 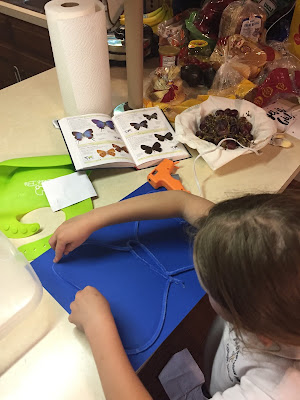 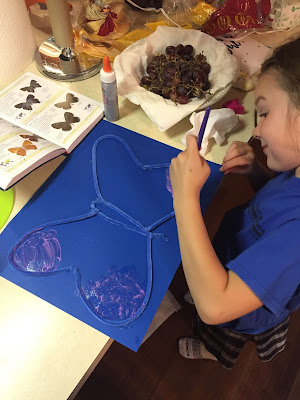 Painting with (fabric) paint - I went entirely too fast through Hobby Lobby. This it all the point at which she decided she was done. 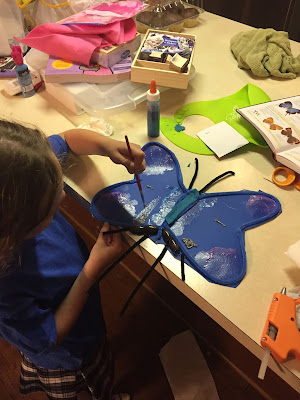 A few more pipe cleaners, some paint and a cut out job later... 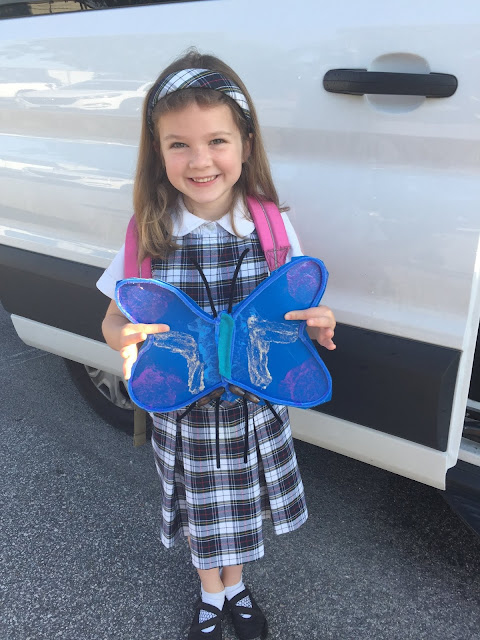 E has not had a single out of class project this year - probably mercy rule in effect because there is SO MUCH STUDYING. But E loves a craft project.  R not so much. E would have bugged me for days to do this. R was halfway interested in starting the night before (instilling excellent habits early)

She chose a blue butterfly and I would have loved for her to chose a different insect but I think E was wielding her influence over the situation (because E did a butterfly too).

It felt great to be done with the week.

First up was R's tee ball game - she had a few good hits and caught a ball at first base and then froze and didn't get the out : )

Then we came home for a second

M had a soccer game and her team did great.

E had a game after that and it was blazing hot and we had no subs and the other coach wouldn't shorten the game. I was terribly annoyed from the get go. Unfortunately the game didn't go very well - which seems to be a recurring theme this year - but we've won 2 so we're holding on to those wins : )

Then E had a birthday party to go to immediately following the game.

Finally it was dinner time and Lee cooked on the grill.

We went to church later which meant breakfast, flowers and cards - which was most excellent.

We all gathered at our house to celebrate a whole lot of moms.