7QTs - Closing in on Summer

Linking up with Kelly ... the week of all weeks

We are basically at the point in May that I love the least. The point at which if I probably reread my blog from years prior I would say - yeah, let's never do anything again. EVER. It is the end of everything season. End of preschool. End of sports. End of AHG. End of school. Which means there's a zillion things going on and it is the middle of May and Lee is busy^uber. So helping hands are in
short supply. 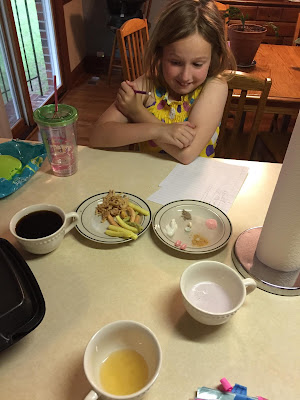 Doing a taste testing experiment for an AHG badge. She had to have R and M do it do. It involved sweet, salty, bitter and sour flavors - there were pixie sticks, coffee, vinegar and salt to name a few.

Monday this week was a quick and easy taco night with no activities (that I can remember). I canceled soccer practice for both teams because we had games later in the week (but the season SHOULD have been over but it rained out our prior Saturday games sooooooo.... onward March!)

Tuesday M had a game at 6 - which originally she had two games scheduled for the exact same time and place against 2 different teams but one was rescheduled but apparently I didn't communicate that well to parents because.... only one other player came to the game.

So we played 2 vs 2 and M and the other girl on our team rocked it out and I gave them double snacks after the game. It was awesome. 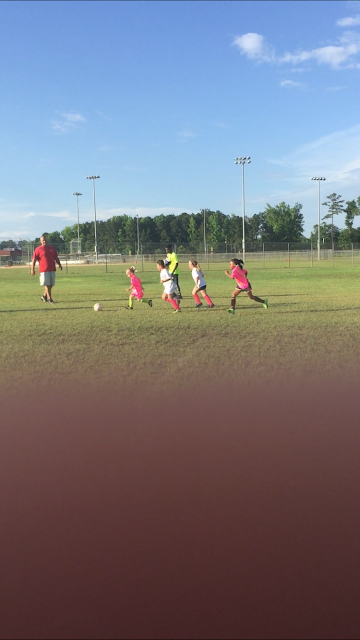 Then we headed over to watch the end of our neighbors game - which was super intense - and A was having nothing of it or his graham crackers that he dumped on the ground. So I buckled him in the stroller and pushed him off to the side because I ALL WANTED TO DO WAS WATCH THE LAST FIVE MINUTES OF THE GAME!!!!!!!!!

He screamed for the entire time - I'm quite sure someone probably called child services on me.

Also he had no shoes because no one (me) doubled checked that before leaving the house and the fields were SOAKING wet.

Also, a kind grandma on the team that we were playing offered to hold C so I could coach the game and what did C do? Spit up on this kid woman. Not terribly but still...

Then A wanted to snuggled when we got home and got showers and I nixed that plan... he screamed so much and so loud I was DONE.

And I nixed going to AHG for E by myself with 5 kids because I had done that 2 weeks prior and I just said No. And it felt good. She can get the badges next year for all I care -

Lee ended up getting home early and I let A and C stay home with the sitter so he could enjoy the games which is funny because we got rocked in both games : (

E's season started out so very promising and did not end the same. In the game she was playing goalies and she actually ran off the field because she was scared of the girl kicking the ball.

For the first time this season, M's team lost. It was more competitive than E's and I think I could have drafted kids from her team to play with E's team.

Anyhow it was a peaceful but disappointing end to the soccer season. 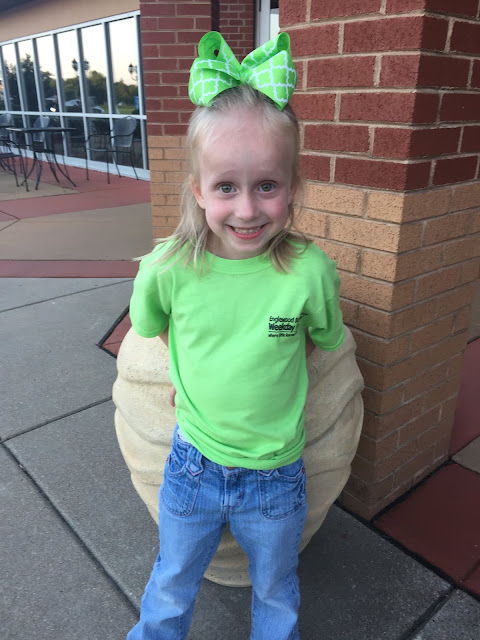 She did great and was very upset about saying  - see you in August to her friends. 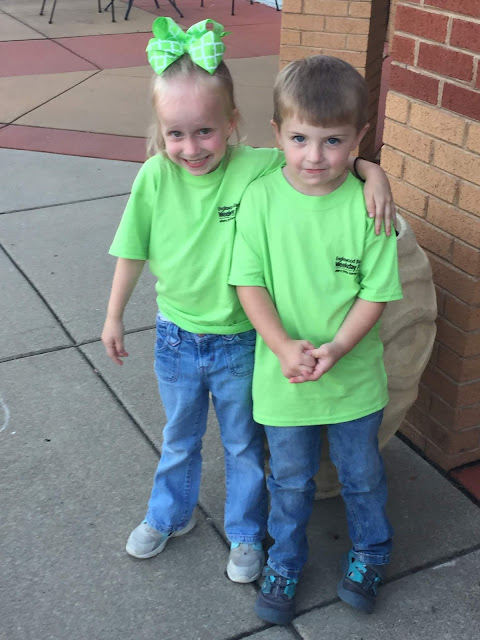 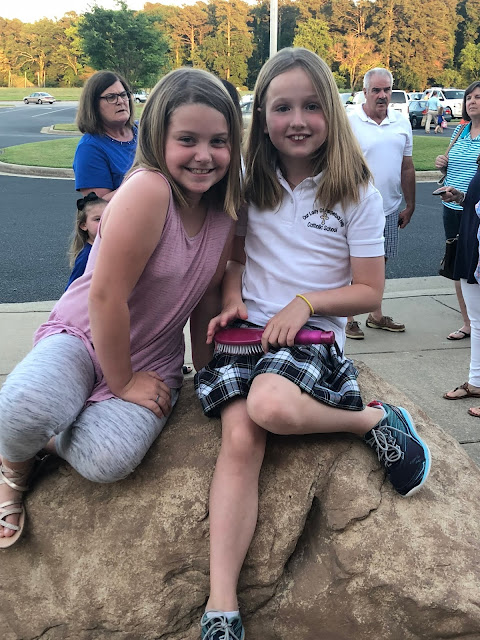 These girls have been friends since they were about A's size.

It is always cute but 6:30 is not a lovely time for the 2 and under crowd but A and C did surprisingly well.

I am so glad it was Friday. I think I probably told that to just about everyone I spoke to today - and I spared them the details as to why. 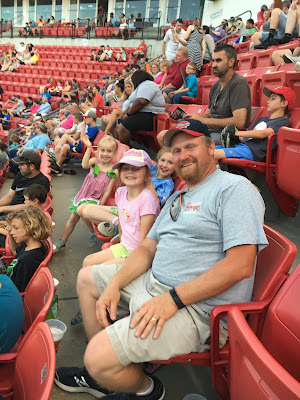 Lee took the big girls to a baseball game. 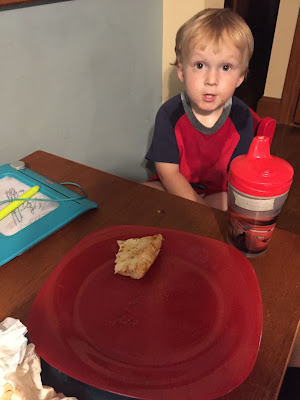 A and my cheap pizza date. Roomba ran a lot. He cleaned up all the Duplos in his room which was impressive but the reward of dessert will do that. I got a head start on weekend laundry so maybe I'll get to wash everyone's sheets...

The May calendar remains blank which is a reminder to me we are in day-to-day mode. And I'm perfectly okay with that.

I cannot wait for our summer sitter to start. She is super great and the kids love her and I need schedule in my life.

The next 3 weeks are going to be a lot of piece-milling stuff together and just going with the flow as much as possible.

AR is DONE! I dragged R to her year end point goal - but she was happy she got there. E had resigned that she wasn't going to make it but then last week we went to the library and her interest was rekindled. She stayed up past 11 the night before the test deadline to finish her 13th book. Nothing like procrastination to bring out the adrenaline in a person. I told Lee I was good with her not getting the goal so that'd she learn a lesson but I'm happy for her that she did make it. Hopefully next year she'll remember the fact she had to frantically read to squeeze in her points and that wasn't fun.

Next week hold swim practices, last tee ball game, K graduation, end of year school party, a pool party and probably a few other things that are just escaping me for the moment.

We've been listening to E's CD for the musical she is in this summer. It is a two week boot camp and production. I think she'd going to really enjoy it. She's hoping to get to be a penguin or a lemur but I don't think her chances are super high since this is her first year. Hopefully she'll gain some confidence and that will carry into some of her other activities.

Summer swim team will be in full effect next week. I let R pick out their racing bathing suits in anticipation of her swimming 6 and under - which I am nearly positive she will do. She is excited. E is ready to conquer the mountain of a goal I set for her this season. We'll see if M dapples in 6 and under swimming or if she'll just hang out in pup squad.

The kids are begging to go to the pool this weekend. It is supposed to rain a bit I hear. Also I think the pool will be different for them because our across the street neighbors moved and they were such a huge part of our pool experience the last few years.... Miss you guys!
at May 25, 2018