Linking up with Kelly ... let's back up and catch up

I've been trying to hit the pool with the kids on Fridays because it gets us out of the house and C is mostly good there. 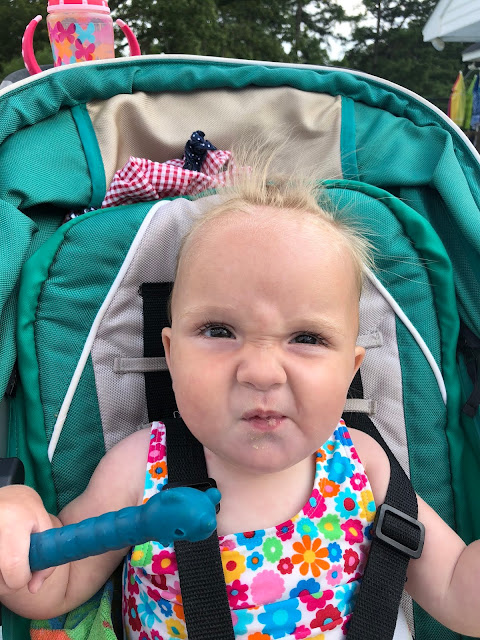 Someone found this really squishy wang thing in the lost and found and we promptly dipped it in the pool and C when to town.

For some reason it feels as if summer days are waning but I have to keep telling myself we still have some time left. 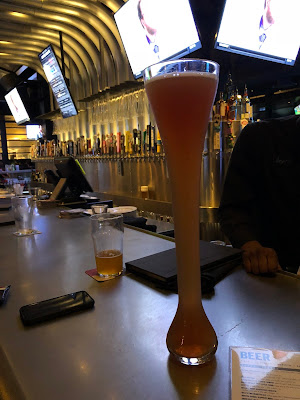 Thanks to Lee and my parents and Jibbe and others who held down the fort. It is so funny to me at these meetings people would ask me 'who is keeping your kids?'.... Their dad? My husband? (Grammy and Grandpa Joe had the baby) but still people, dads are parents just as much as moms are parents - dads are fully capable -trust me. Do you think that the guys were asked (nearly as much or even at all) who was watching their kids while they were at this conference? Me thinks not. 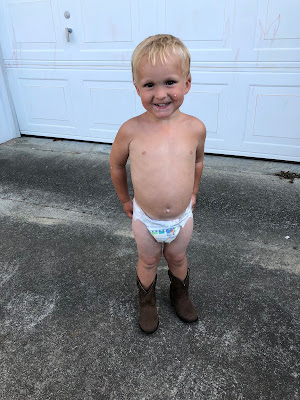 Cowboy boots and a diaper and potty training him is, well, going... He goes sometimes and sometimes he doesn't. Just the other day at the pool we were getting dried off and he shouted... I PEEEEEED... right there on the concrete. So much for drying off!

The girls had VBS the week I went to San Antonio 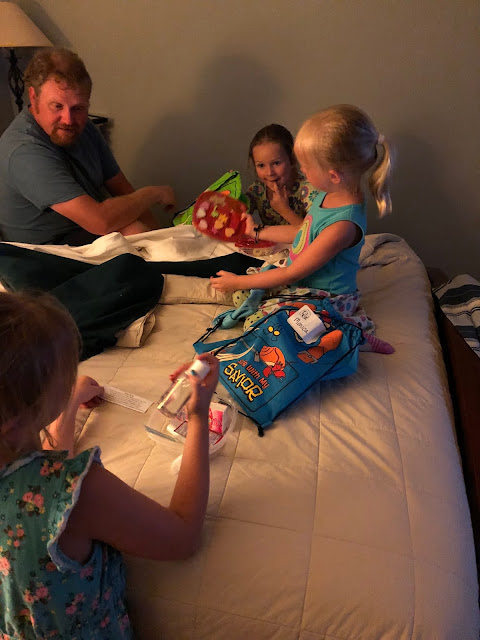 They had a really great time and are still singing songs. So thankful for the volunteers who made it possible. 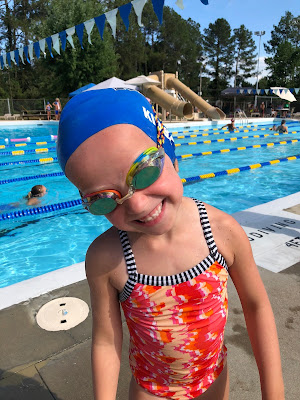 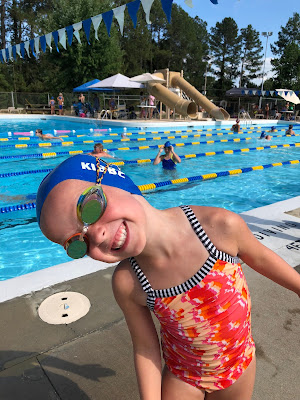 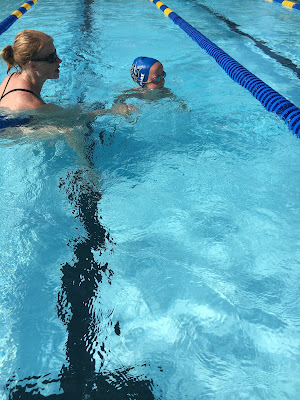 I'm quite sure she totally could have swam down the pool by herself but I don't think she really wanted to. She's done it 3 times for me but gets quite vertical when taking a breathe.

R did her normal back, breast, free routine... 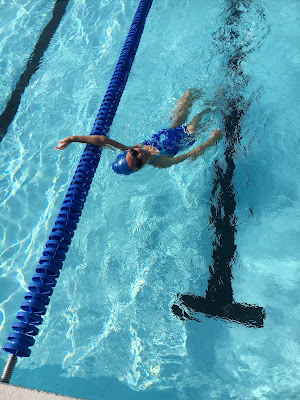 She did great but didn't breath one breathe the first half lap of breaststroke... so that was funny : ) 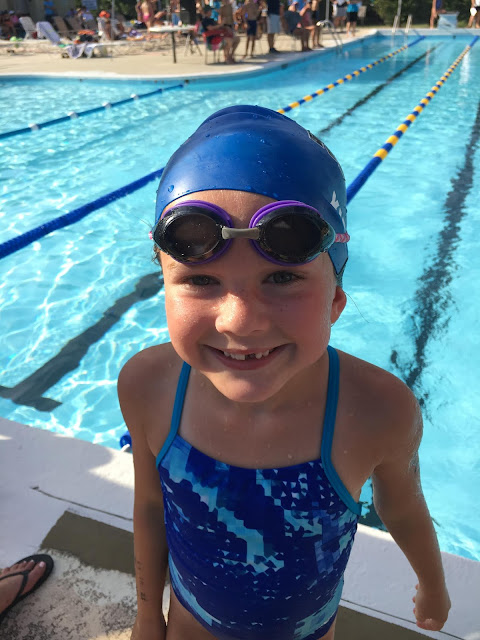 She's in it for the fun times and the snacks and doesn't really mind too much about her times or ribbons like her bookend sisters do.

E still has her eye on a conference medal... 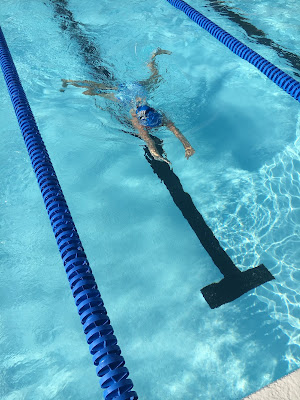 Which is going to be tough for her but she thinks she's got a fighting chance. So we'll be cheering her on til the end!