Linking up with Kelly ... semi-back on track

Last Friday I set up the pools that we bought back in May... 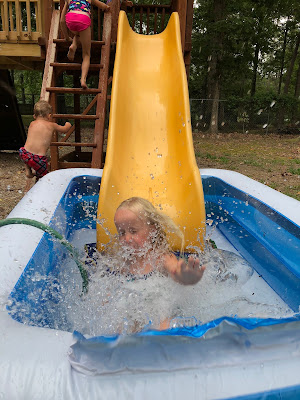 The sole purpose was 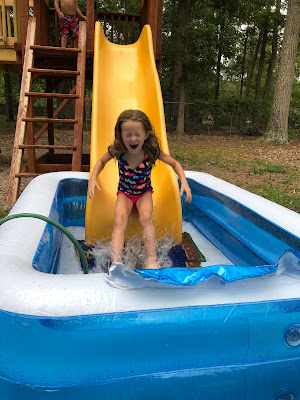 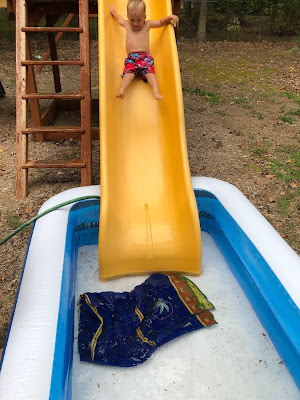 Which was not without issue - hello, putting air in these things. 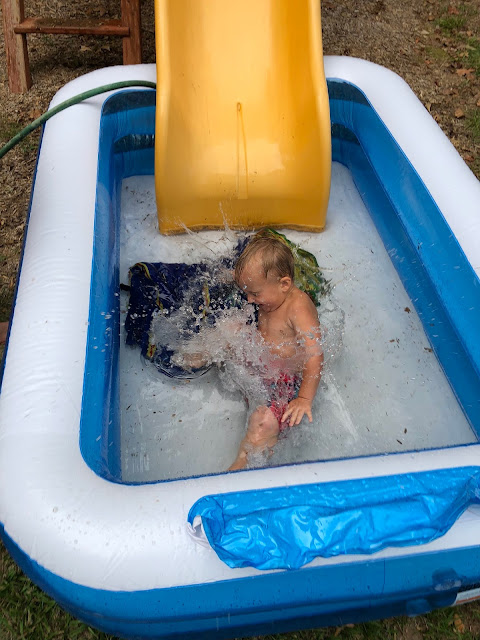 A definitely got the best ride 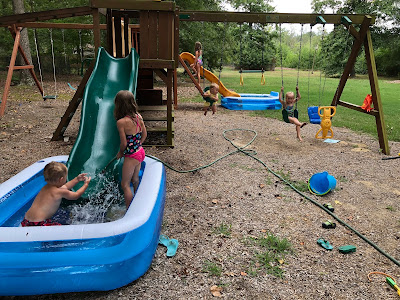 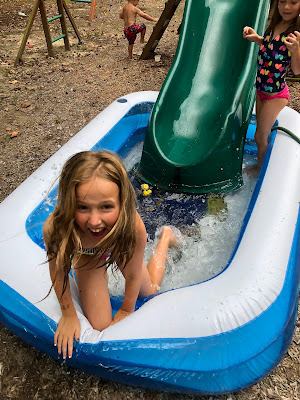 So it was fun for them and maybe we'll do it again.

Saturday we had dinner with preschool friends which is so nice and important to keep up with friends the girls don't see everyday at school. Friendships take time and work so chose wisely :  )

Sunday Lee was home for all the Masses. We hit the 9 am. People, we did not have to leave the church - like not even in the narthex. I don't think I released it until well after the fact. A roamed a bit and wanted to help the ushers pass the collection baskets. That was cute.

For dinner we gathered with R's spring tee ball team for a celebration of a perfect season. For a group of 5 and 6 yr olds it was quite impressive. They maxed out on runs every single inning they played, and obviously, didn't lose a game. One more season of tee ball (which is really semi coach pitch) for R. Oh how much easier it would be if she just wanted to swim with E BUT... that's not how we roll.

Wednesday we headed to the Y for E's EOY swim dinner. That was great seeing everyone again and we'll be hitting that pool before we know it.

This week we pulled the trigger and got plane tickets for a friend of mine's wedding / (six weeks early) 10th (i know, crazy) anniversary trip. It should be a total blast if I am not a total wreck about leaving the kids for 5 days.

Let's see, I finished a book this week. Shocking I know.

The book is called, The Gospel Comes With a House Key.

Honestly I could barely put it down. It was super thought provoking and a fun and interesting read. I have a few more books that comes through on my FB newsfeed/ Amazon suggestions so I'm on a reading high after that one and I'm worried the others won't measure up.

We've spent quite a bit of time at the pool this week... 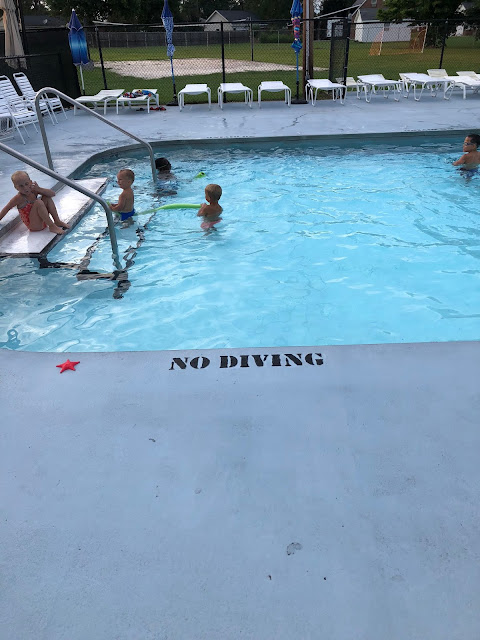 A has loved the noodle and loves that water can freely or forcibly flow through the noodle. He thought it was hilarious and other little boys helped make the noodle fun for much longer than I would have ever expected.

Saturday is the big end of summer swim meet. It will be an early morning for us so praying and cheering for some fast swims.

Email ThisBlogThis!Share to TwitterShare to FacebookShare to Pinterest
Labels: baby brother, books, outside with the kiddos, swim time