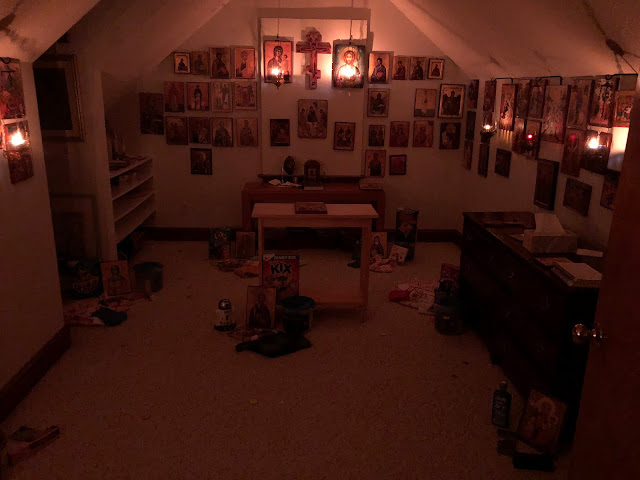 I LOVE the peacefulness and the silence in the candlelit chapel... if only a bit of incense were burning 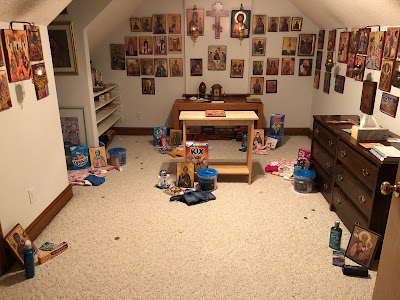 Lee and I did matins AFTER we got all of the things that the kids (and parents) designated for St. Nicholas put away and a few treats from St. Nicholas out. I was worried E or R might wake up and catch up but they didn't. (Lee PROMISED me the dresser would be out of the chapel by the end of the year - here's to hoping he'll keep his word!) 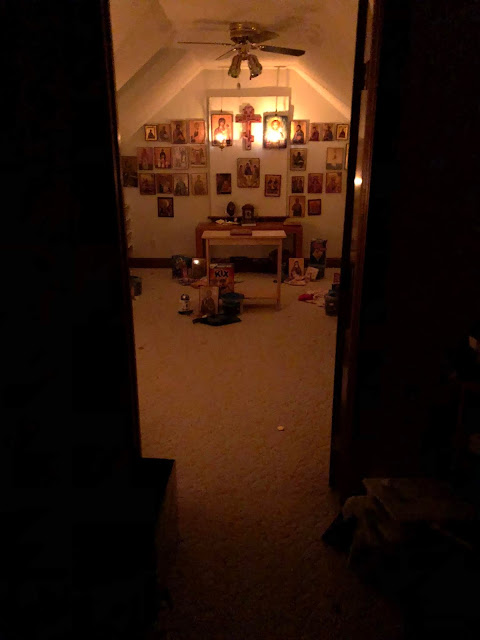 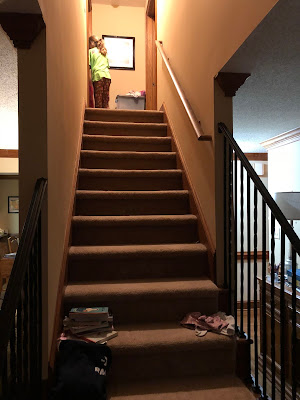 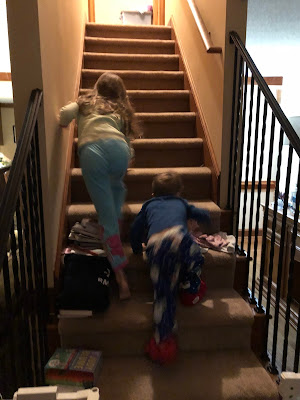 The excitement they had was contagious and all week they kept on talking about St. Nicholas and how he was coming and can you believe it? 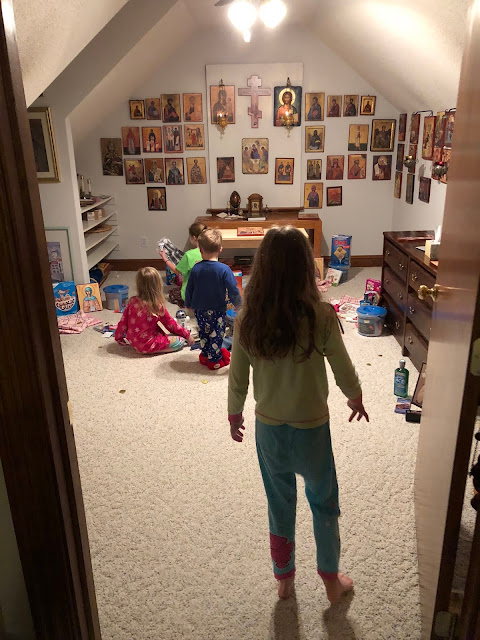 Gold coins, sugary cereal (I never buy), toothpaste, mouthwash? - we live on the edge -, gum, chalk, books, Christmas outfits - they were thrilled. I had picked up some socks at Target but then I realized we have a million socks so I thought better of them 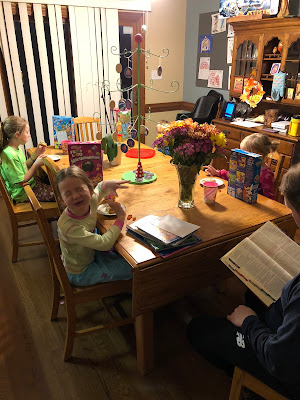 Then we headed downstairs and found St. Nicholas had left us some chocolate milk! to go with the cinnamon buns. It was Jesse Tree readings over breakfast.

We were all supposed to go to Liturgy tonight BUT C has a nasty cough and I had to get her from school early sooooo.... It was Lee and the big girls. A and C and I (if we ever had an I kid name then I would have to be careful about typing that out - because you know everyone is A. asking when's the next one coming B. R and M have talked about me having twins for a month C. but no, no, no) held the fort here for the evening and are hoping to kick this crud by the weekend!
at December 06, 2018