It snowed a week ago. It was pretty. It was wet. It was short lived. It was fun. 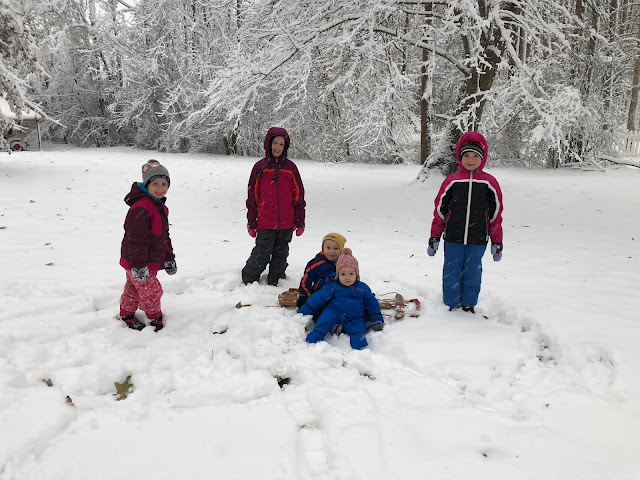 There is this iconic picture of my dad and his siblings I would love to reproduce. 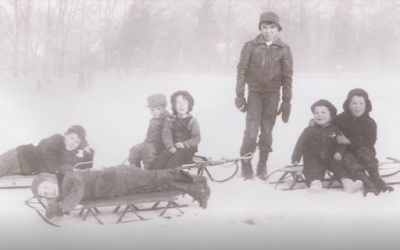 My version didn't come out exactly as I was hoping but it was a valiant attempt given we don't have 4 sleds. 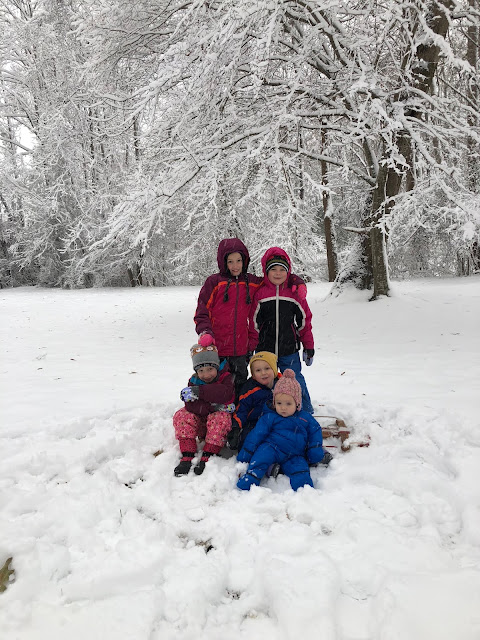 Anyhow, we dragged out all the snow gear and found that for the most part we are pretty well covered from head to toe with amazing hand me downs and stuff from years past. I will say after Christmas I plan on getting a pair of ski pants for me because I'm the outside snow parent and Lee's the insides snow parent (which I love and works great for us but I don't have good pants for being outside) also I need to add a pair of boots to the footwear because A and M could be wearing the same size and M was falling out of her boots - which was no fun. 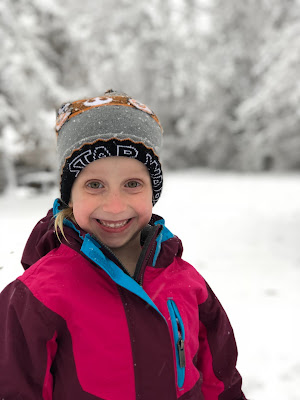 It had started snowing in the middle of the night 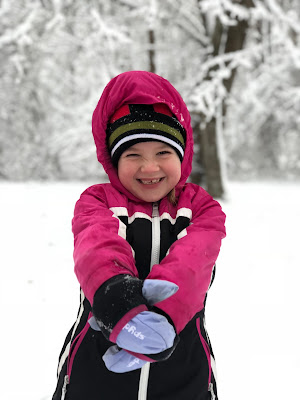 And snowed nicely until about 9:30 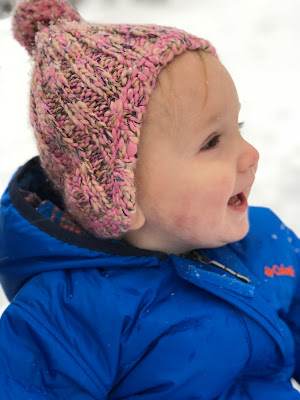 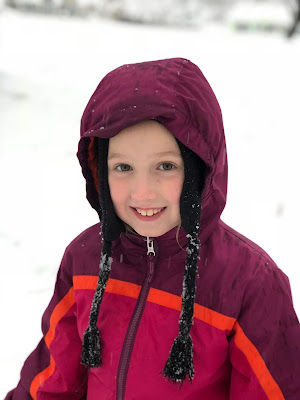 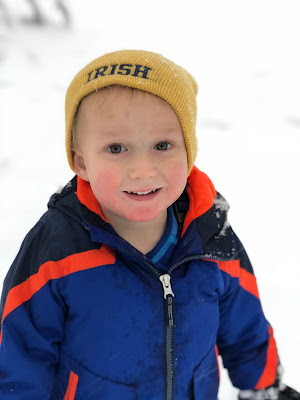 But this is the earliest snow we have had in a while. We had a 12/26 snow within the last 8 year 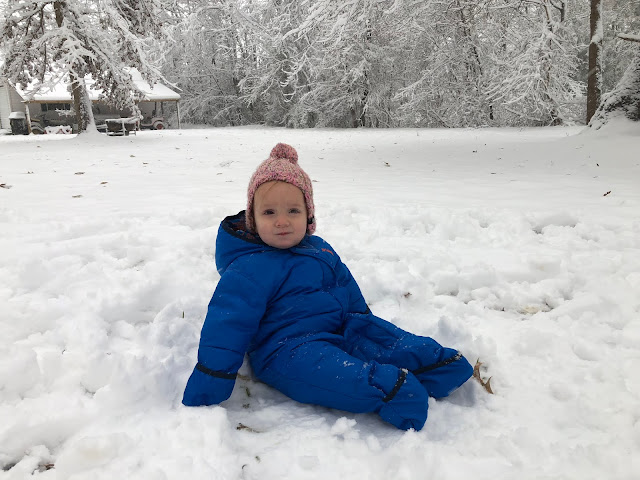 Everything was cover and it was really pretty 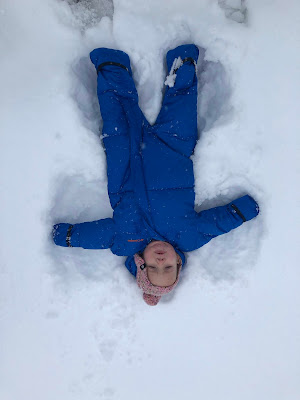 She was not happy about making a snow angel 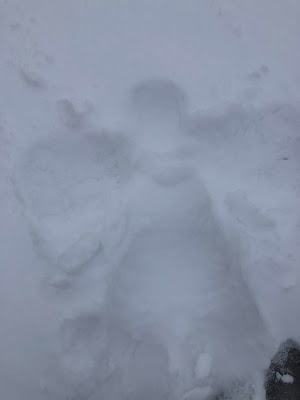 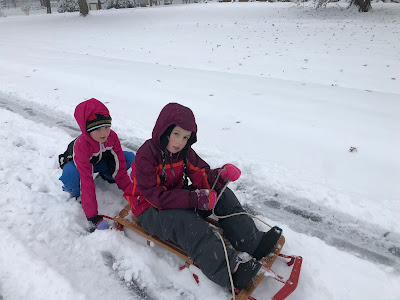 The girls really wanted to sled but this was really not sliding snow so disappointment abounded. 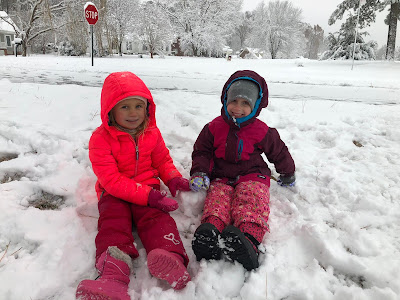 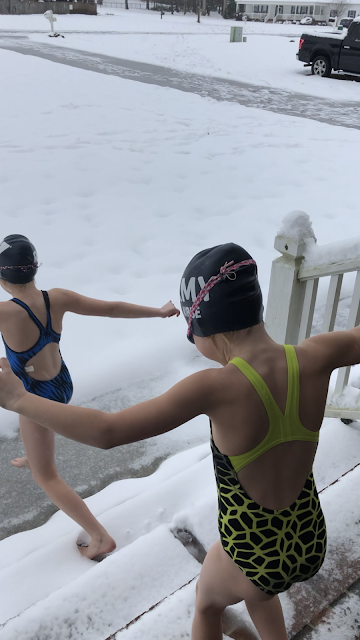 Then we went in for the day. The snow turned to rain and it was just not fun and cold 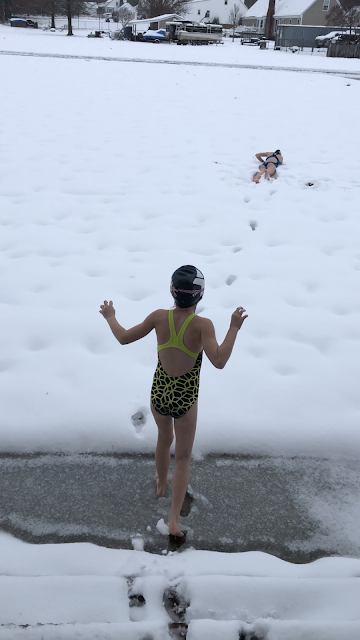 But that didn't stop E and R from getting in on a snow swimming challenge that was circling the swim team.

Hopefully next snow will be the same volume or more but about ten degrees colder.