M and A had their preschool Christmas program 2 weeks ago: 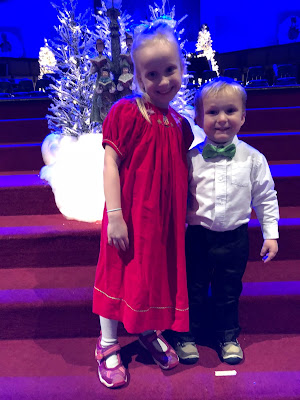 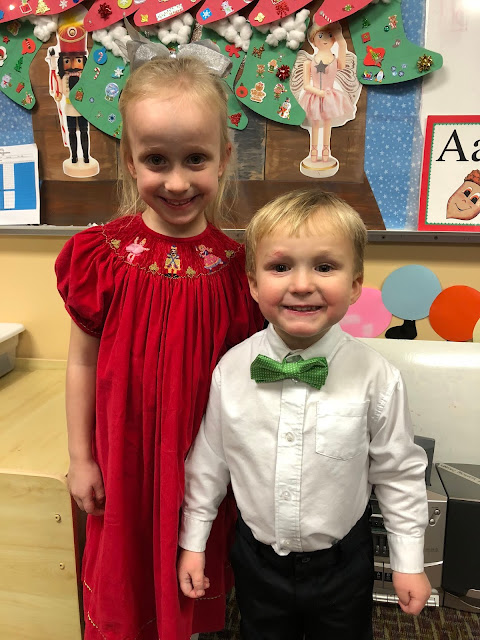 Don't you love a good bowtie? 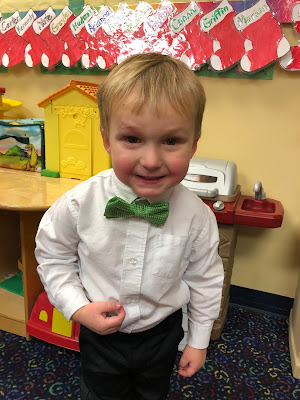 A was a touch under the weather but looks a lot worse because he ran and tripped and fell so his forehead was a bit swollen.

My favorite memory of the night was him singing Jingle Bells and jingling the hand bells (that were in his right hand) but jingling both hands (because he is left handed). 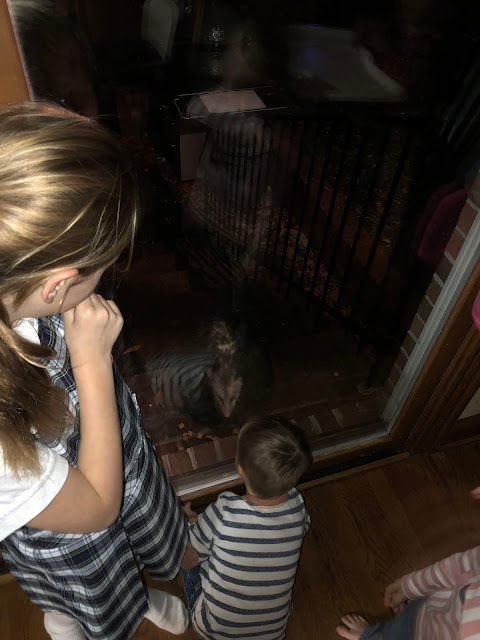 We have a friendly opossum that patrons C's scraps in the evening. We have seen her a few nights in a row and read the riot act to the kids about not opening the door for Polly (like they would - because 3 are terrified of all things with fur)
---3--- 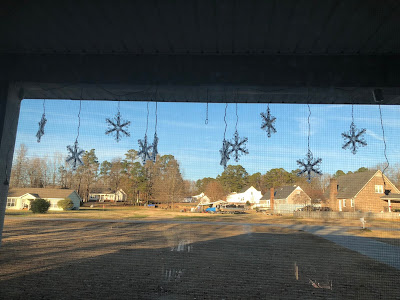 Except the team in charge of R&D failed because they do NOT string together like the icicle lights do. You know, you want several snowflakes strands strung together to line the porch.... NOPE. There is only a plug on one side of each strand so basically it is terrible and I was stuck with 100 boxes of snowflakes and I was super annoyed 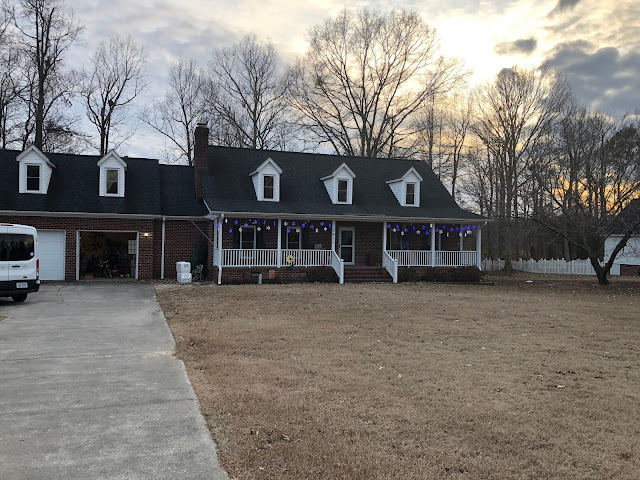 Until Lee put up hooks (those 3M things are worth anything) and then got a million extension cords and made my vision come to life. I promise a better picture but please note there are at least 6 extension cords just making my snowflakes light up : )

Little C is a full 18 months 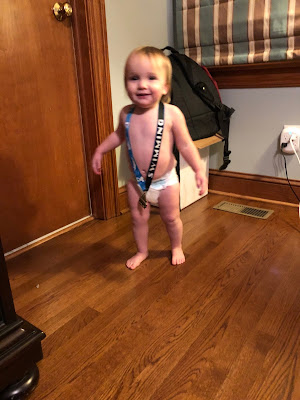 And already for swim team! Gosh I love her!!! Even though she's kind of a mess

E and R had their Christmas program... 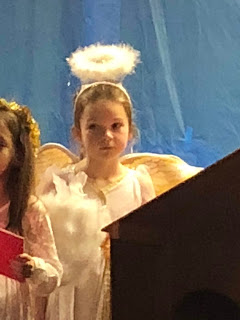 It was cute. The best part was going to the dress rehearsal and not fighting for a seat and not having to mess with A and C who hung out with me during the evening performances. 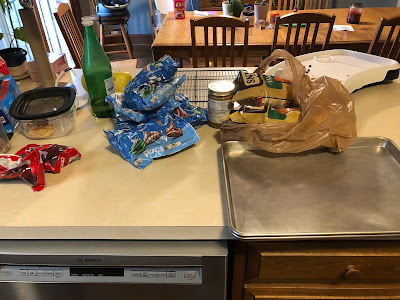 It was a good amount. Not manageable on the oven side but not too bad for them 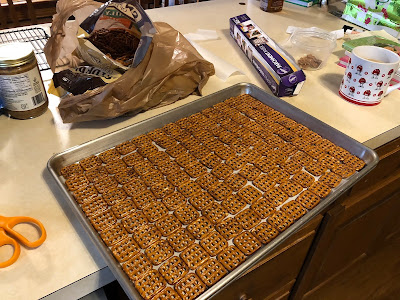 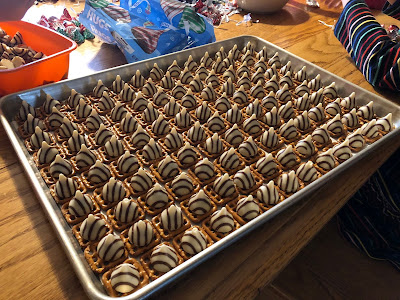 So the whole process took way longer than I would have like BUT... it's all good. 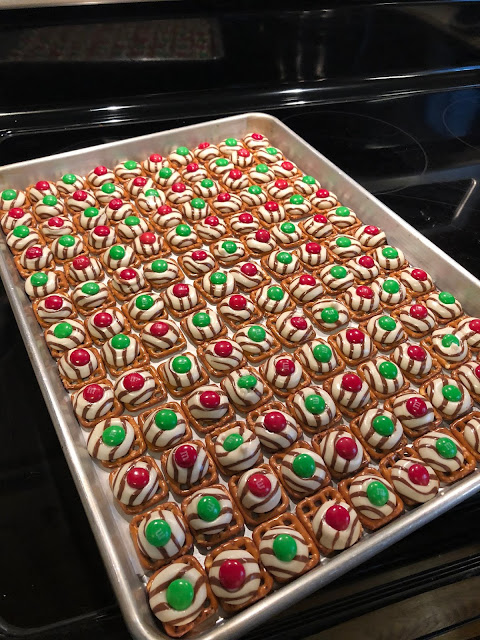 These are the best fresh out of the oven... my OCD cannot handle my color error 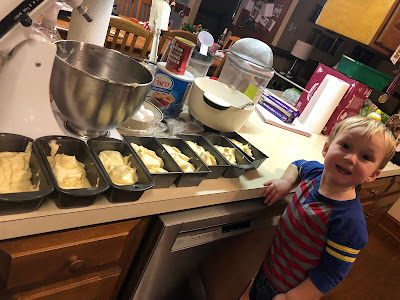 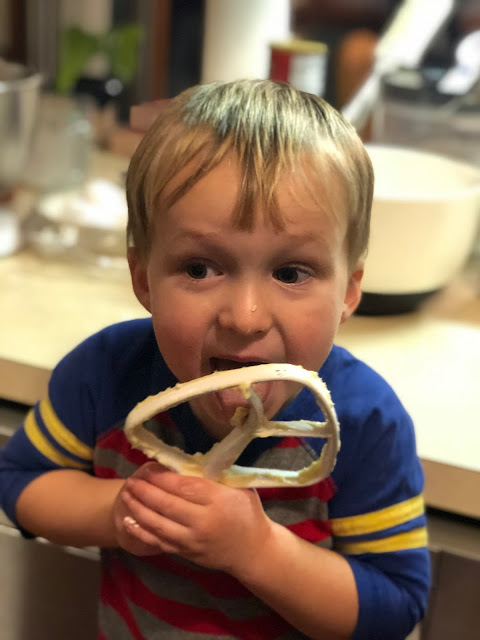 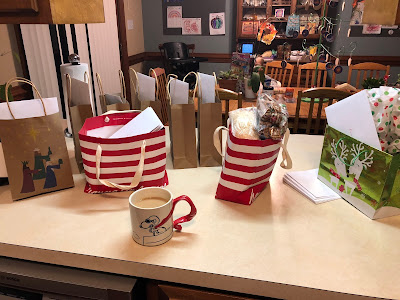 Ready to pass out the gifts

Two Sundays before Christmas we went on an exhilarating tree hunt... 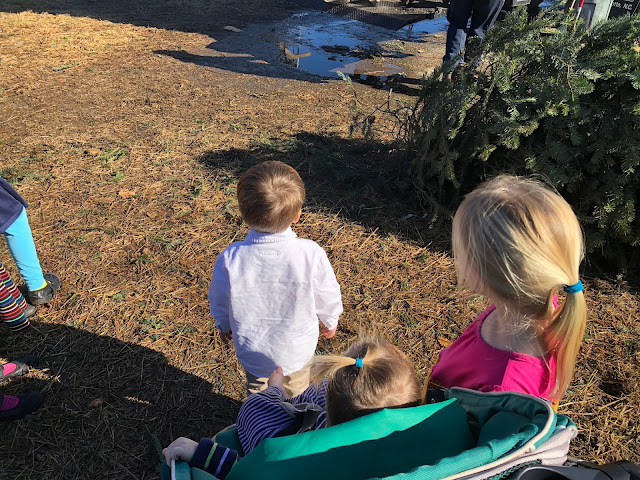 There should have been about 15 vendors with trees.

I'm quite sure there were more people looking for trees than were available trees so there were very few deals to be found which was a bummer. I think we passed through every spot at least 3 times. I called Lee (who wasn't tree shopping with us) and was half convinced we'd end up with an artificial tree. But we didn't and I caved on a long needled tree that looked like one side was hacked up and missing and the other side was immaculate.
at December 27, 2018