The Saturday before Christmas the girls' school went caroling at a retirement home. 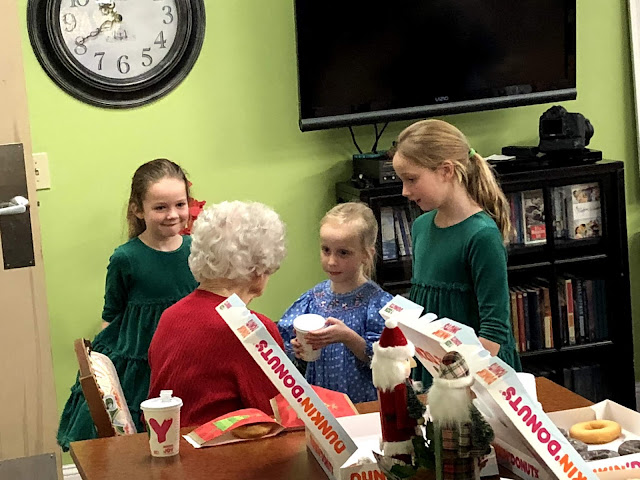 It was a really good experience for them and they went around and spoke to residents when the singing was over - and there were lots of donuts to go around.

Then Christmas Eve rolled round and we survived vesperal Divine Liturgy... 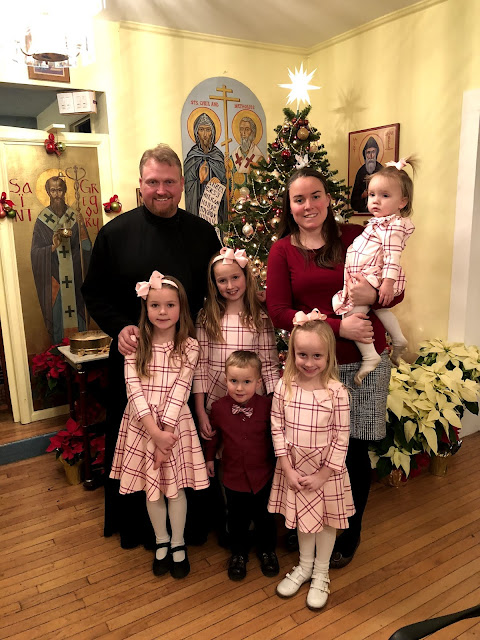 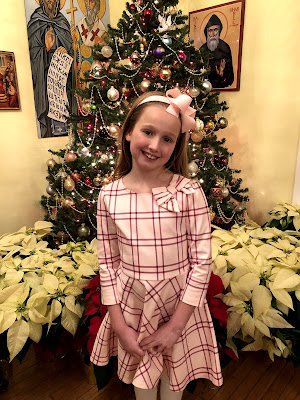 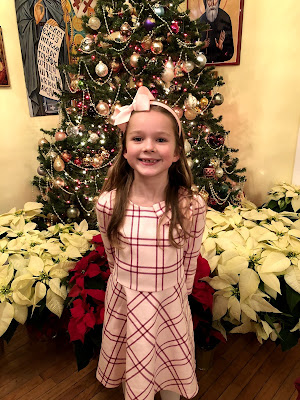 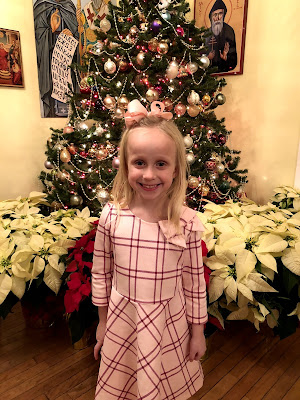 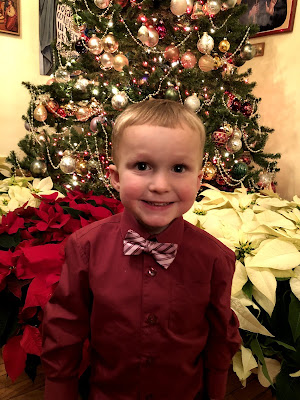 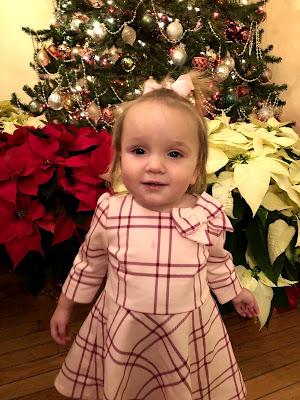 I didn't do Christmas outfit pics this year on our Christmas card so I took everyone's individual pic just because. The girls outfits are from Janie and Jack that I ordered nearly a year ago (on super sale). I wished E could have had a size up especially because she actually likes this dress but whatever - and yes I ordered next year's dresses already. A's shirt and bow tie I found on Amazon and they aren't the best but they match and that's all that matters. 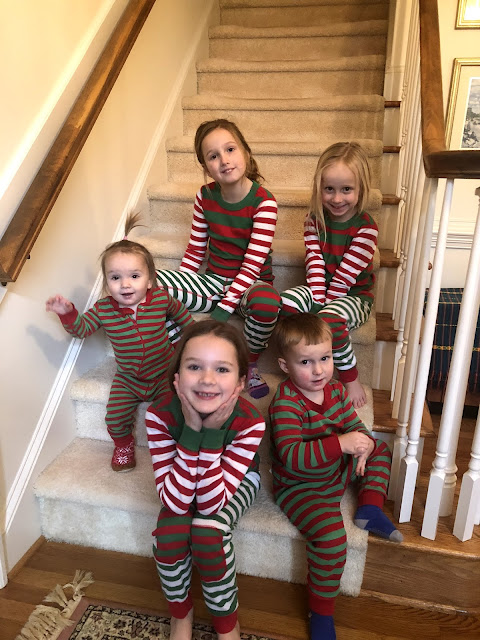 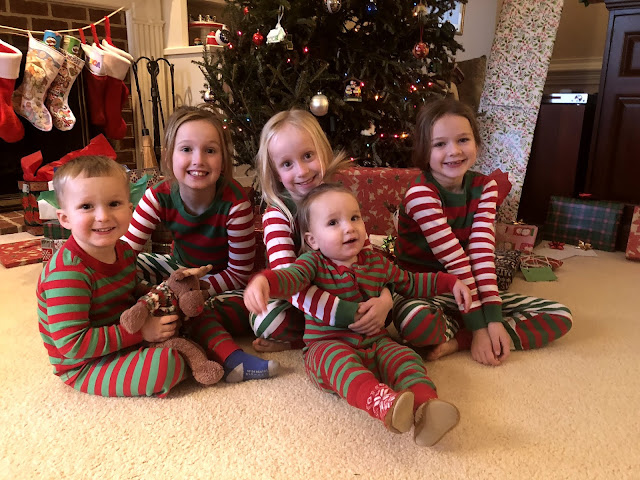 They cooperated twice and waited a while to open gifts so they are troopers. 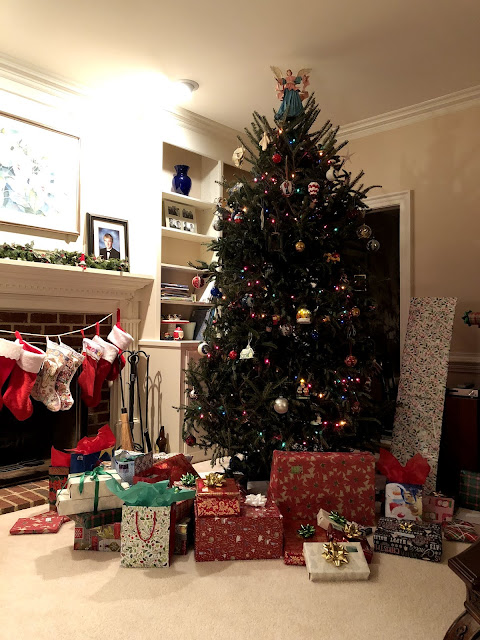 We ate some breakfast before present opening which helps slow things down because even I get overwhelmed by it all. 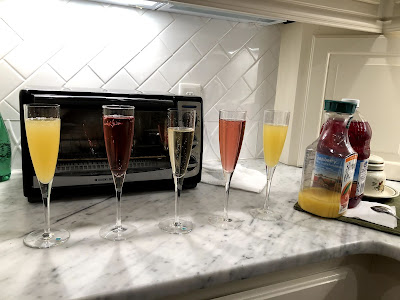 There were mimosa and poinsettia to go around plus 2 egg bakes, coffee cake and crumb cake 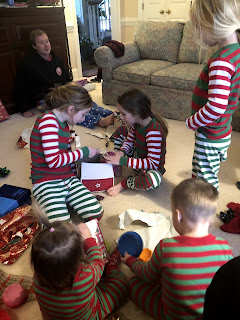 We did secret siblings again this year and it is always lots of fun for the kids to pick something they think their sibling would like. 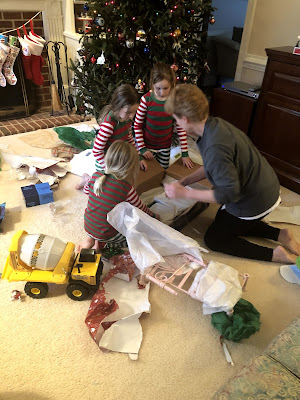 E and R received beds for their dolls and they were thrilled. 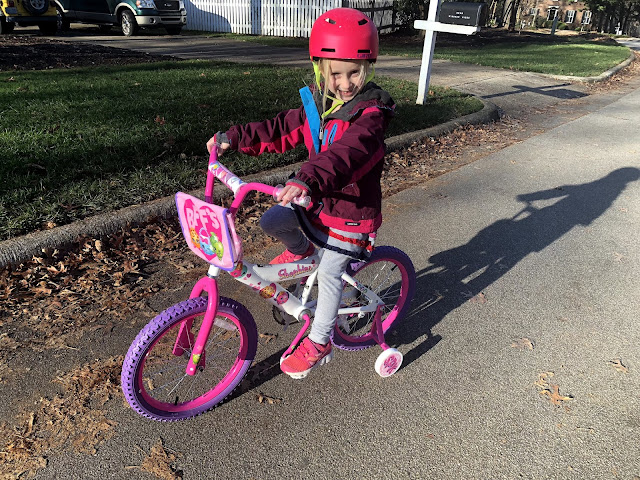 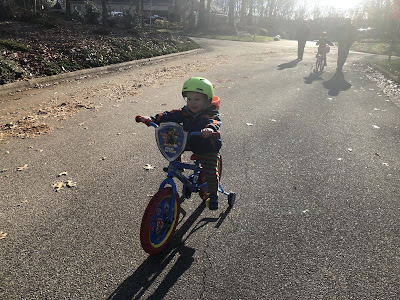 A is cruising on his Paw Patrol bike even though it is a hair big and we are forever grateful for Uncle Kev who put them together. 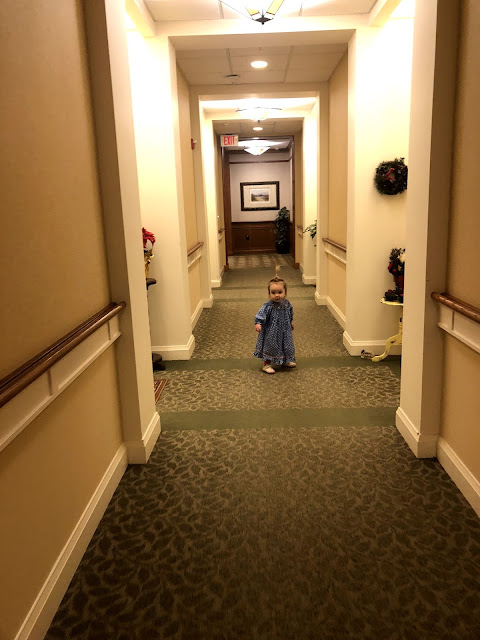 We visited my grandparents later in the morning which was nice we could see them on Christmas now that they live close. C was the star of the show. 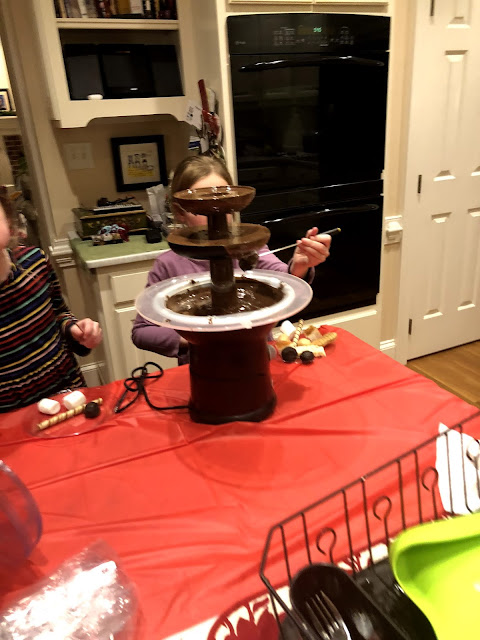 After snacks and insanely great lasagna there was chocolate fountain/fondue for dessert - which was a huge hit. We had a great time at Grammy and Grandpa Joe's and made some good memories.

The next day we headed to Jibbe's for Christmas round two on the second day of Christmas - this is after I let the big girls take over decorating the tree. They love it and got alot of ornaments up so I didn't have to do all the work! 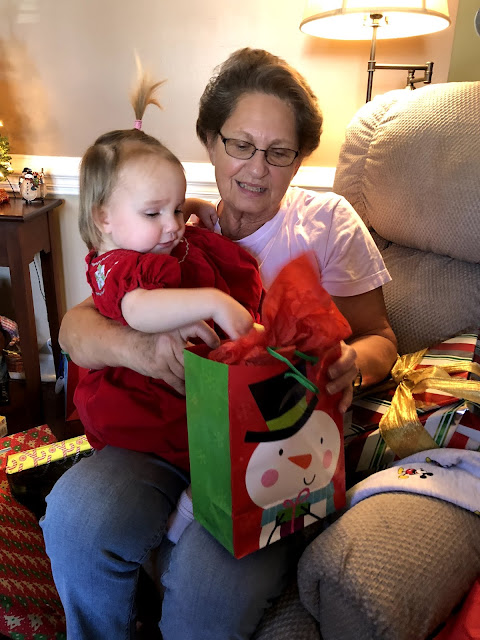 This is where C stayed for the entire day basically. The kids had lots of fun opening gifts and spending time with cousins (so much fun I didn't take any pics : ( 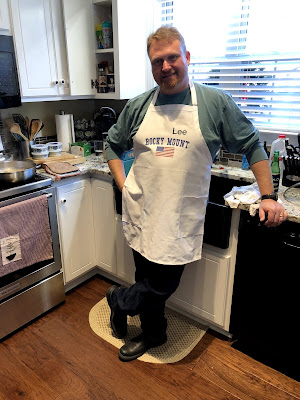 Lee and his brothers and Jibbe cooked up quite a meal - with my favorite ever blue cheese and mushroom sauce. We took a family walk to the park down the road and then loaded up for a quick ride home.

The outside of the casa. 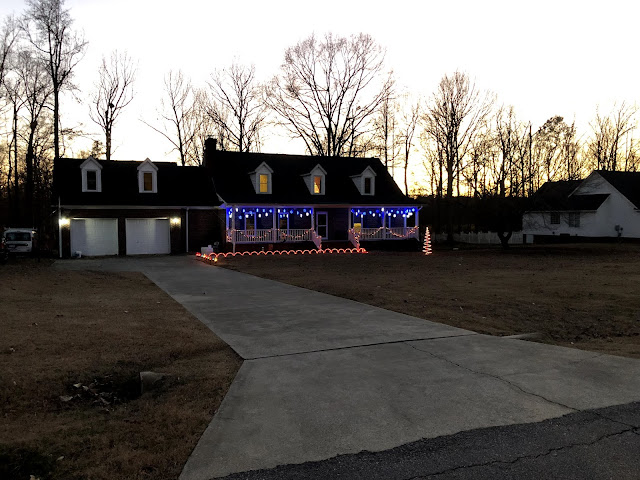 I love the snowflakes so much and I'm glad there are hooks in place for next year! 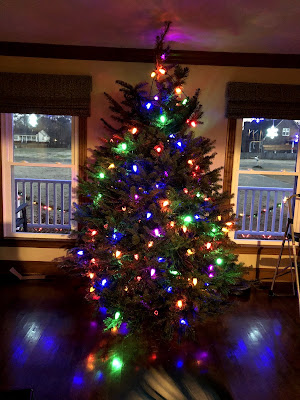 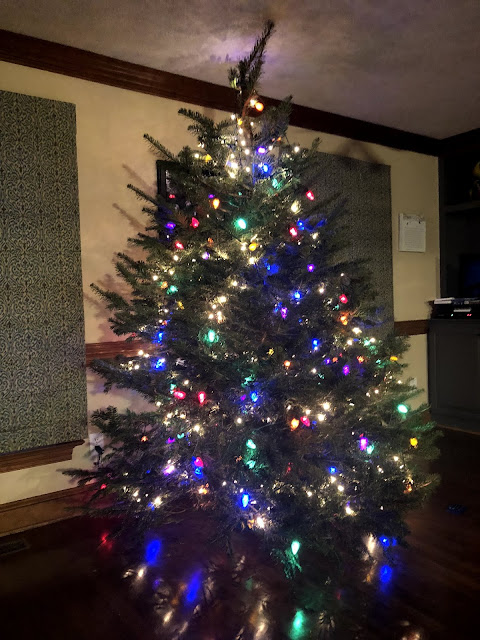 Then on the 26th I decided I'd put some small white lights to go with the big colored lights and I REALLY like the way it turned out.

There's nothing like waking up early and sitting in the dark room with the tree on.