The Day We Went to Monster Jam

For A's Valentine's Day trip we went to Monster Jam. This was a pretty easy pick except I was worried it would be too loud - I  When we were loading up to go to Monster Jam he really thought he and I were going to the store or something - so I think Monster Jam was a welcomed surprise. 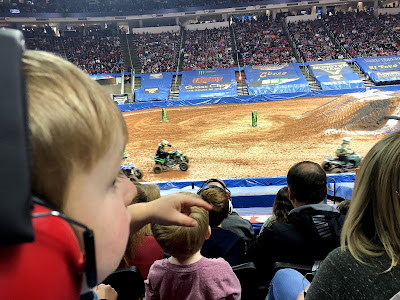 We didn't get there too early which was good. We had time to get our seats and watch some highlights on the jumbotron and it started. 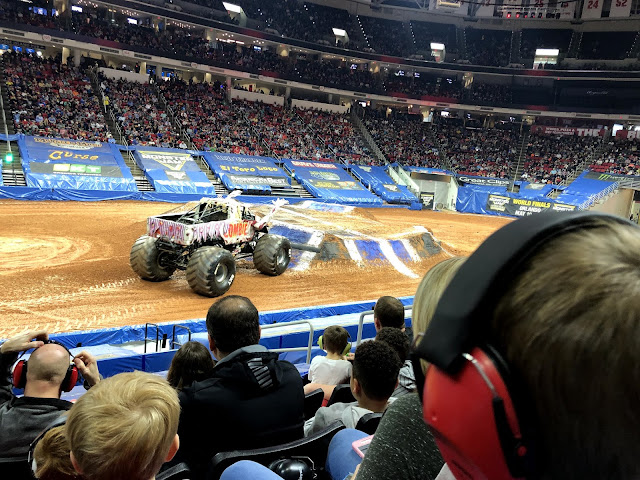 This was A's favorite truck - which he called Hands. But it is really Zombie and it is really weird and of all the trucks - I liked it the least and it wasn't a very good racer from what I can gather. 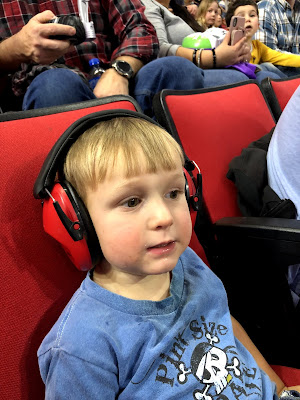 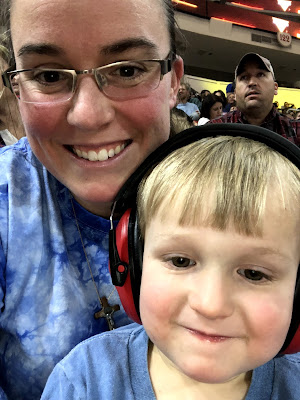 We had a fun time and it was easier if he stood up in between my legs rather than fight with the folding chair. 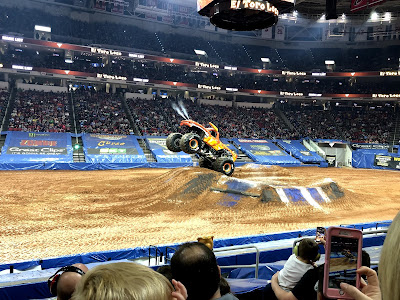 He liked watching them jump and do tricks. 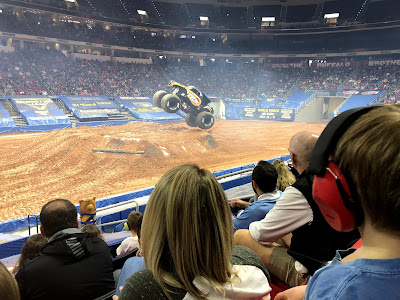 But soon he was ready to call it quits and we got some popcorn and stayed a little bit longer. 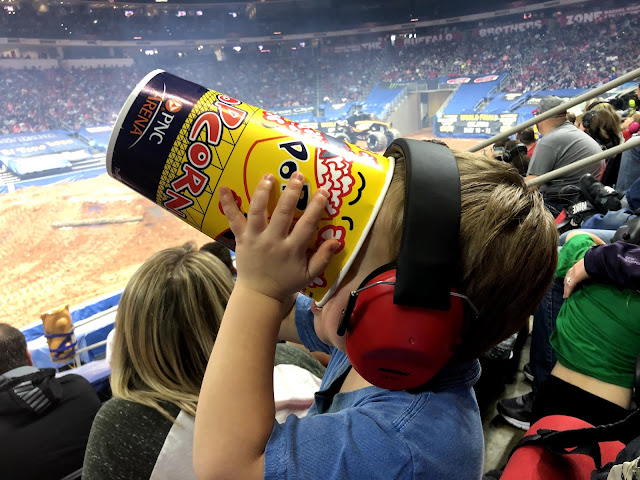 Once the popcorn was gone we headed home with his new favorite truck and some fun conversation topics.