It's Your Day... You Get to Decide


It is not often that those words are spoken around these parts. But when E and I went skiing for her Valentine's Day outing I told her that over and over again. More on that later. Here's the background...

When I concocted the idea to do something with each kid for Valentine's Day this year - this was an EASY pick for E. She's been wanting to earn her skiing badge for AHG since forever ago - she'd earn every single one of them if she had the time. She's in the short rows of being a Tenderheart so this was the winter for the badge. 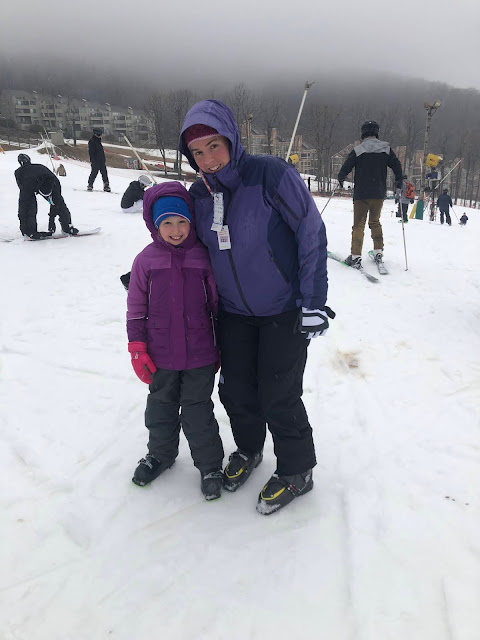 Now, we were supposed to go skiing the Saturday BEFORE we actually when. The weather was going to be good. The bus still had some seats but I still hadn't bought the bus ticket on Friday morning and man I'm glad I didn't. I got a call from Lee before 9 that E fell and couldn't move her arm. An hour later and a long story made short - nothing was broken but her elbow was beyond sore. I had made a point to not tell the kids where they were going on their outings but I did tell E we were supposed to go skiing (just to see if she was overreacting) an if it wasn't better by the following Saturday skiing would probably not happen at all and we'd have to figure something else out.

Fast forward a week later and the weather at Wintergreen looked not so great. The bus we were going to take canceled because no one wanted to ski in the rain - not terrible rain they were calling for .25-.5 inches. So I told E the situation and that it was going to be cold and wet but it might be our only shot because March weekends be looking crazy. She wanted to go so we packed up extra sets of dry clothes and got ready for an early wake up. 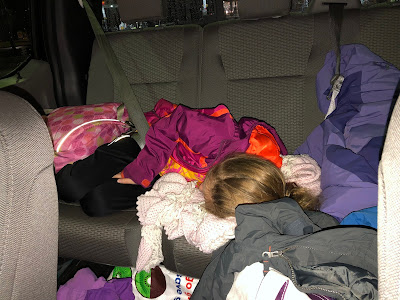 We left not long after 4:30. Quick stop at Sheetz for some coffee and then a surprisely long stop at Chik-Fil-A for breakfast that included a free biscuit for our wait time. We got to Wintergreen after 8:30 and after changing and suiting up E barely squeaked into her 9:30 ski lesson. 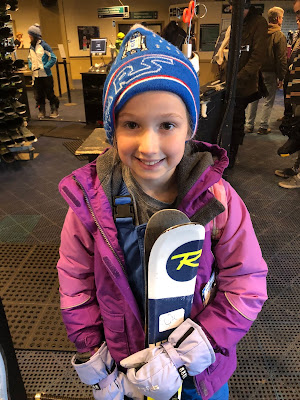 I got some runs down on the longer easy slope and it was thrilling and terrifying at the same time - it was only the second time I skied and the first time in 15 years. That was interesting but after E was done with her lesson it was me helping E the rest of the day. She wanted to change her gloves after the lesson and then got 3 runs in on the the short easy hill before lunch. She figured out quickly that falling forward to stop leads to face planting in the snow. 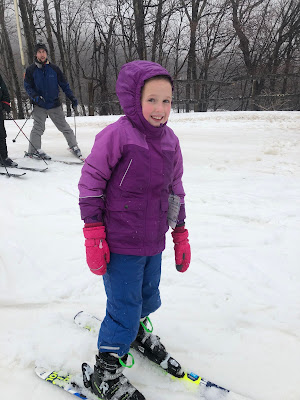 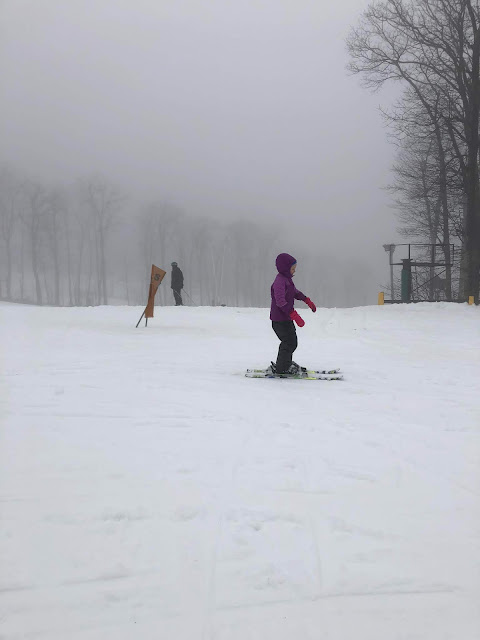 After we refueled with hot chocolate and tea plus a cheeseburger and chili it was back to the slope. I was actually surprised how long she stayed out because it was pretty cold and wet plus she fell at least 3 times a run though she did get the hang of standing back up after falling. She asked how long we were going to stay and I told her until 5:30 or until she was done. Each time we'd get back on the ski lift she'd stay how cold she was or how wet it was and I kept telling her - It's your day, you get to decide when we leave. We can leave whenever you want. 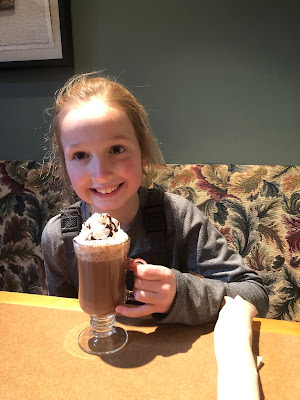 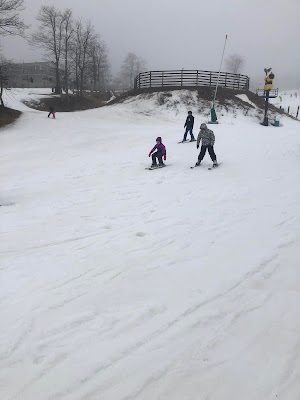 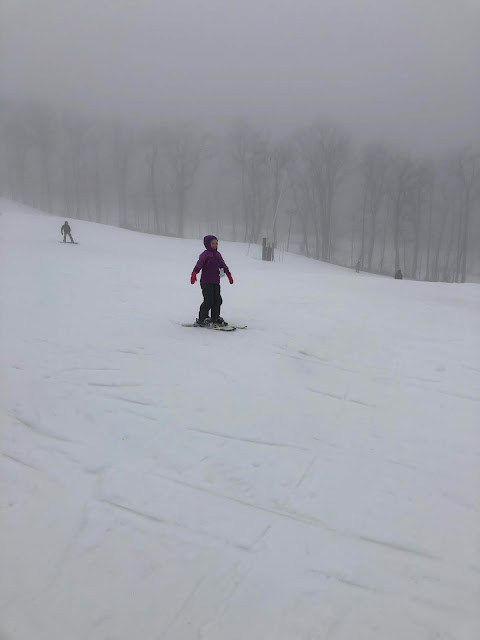 Can I tell you how nice it was to say that? Like you are in the drivers seat.You don't have to worry about your brother or sisters schedule or what someone else wants to do? You get to pick. In a family where compromise reigns and you don't always get what you want, as a parent I enjoyed being able to give E permission to call the shots.

We ended up going in after 4 - about a hour and a half before our lift ticket expired. We got suited up in our nice DRY clothes and headed out. We hit Panera for dinner and sat as close to the fire as humanly possible because even after 2 hours of heat in the car, I still wasn't warmed up all the way. 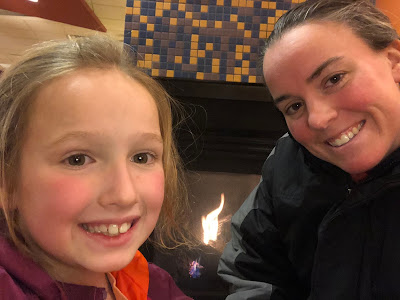 We got home not long after 9. Tired and sore. But with a bunch of fun memories. Would we do it again? Yes. Even in the rain? Maybe. I think if we went with more than one kid I'd stick them all in 6 hr kid ski school. It was fun and I hope it is not another 15 years before I go skiing again
at March 03, 2019