Linking up with Kelly ... we survived and writing about it a month later 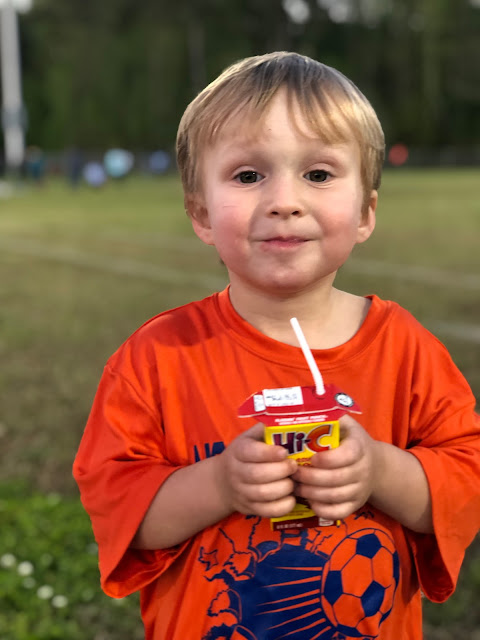 A's team is the Tigers and A is intent on scoring a goal so he can go out for his first goal ice cream treat. He thinks he scores goals in warm ups but I keep telling him it has to be DURING the game. We are working on that concept. 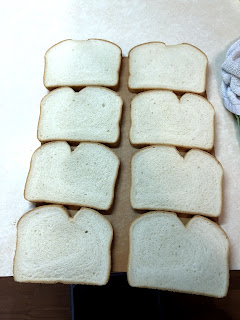 Good Friday vespers and PB and jelly or honeys was our simple meal of choice. I remain quite proud of the kids powering through 5 of 8 days at church services and all the travel time that went along with that.

Holy Saturday is a strange day, no? Not solemn like Good Friday but not celebratory like Pascha. Lee cooked all day. The girls and I made cupcakes to go along with a meal Lee was cooking: 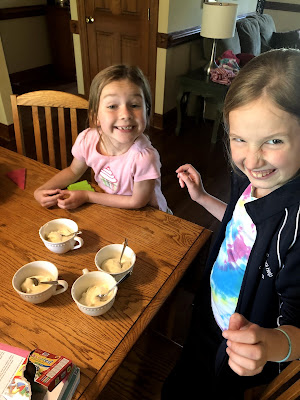 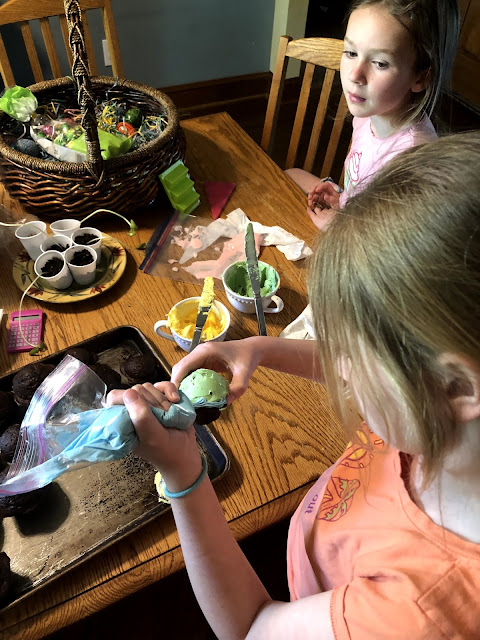 They worked on their Cake Decorating badge for AHG. 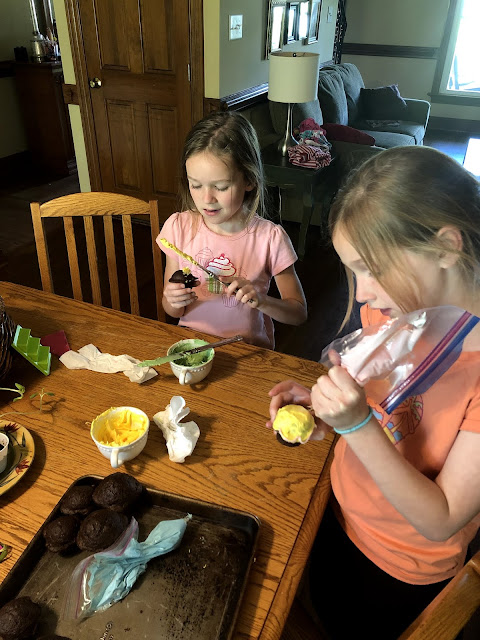 We learned about different frosting dyes and piping with the star tip. That was interesting to say the least. 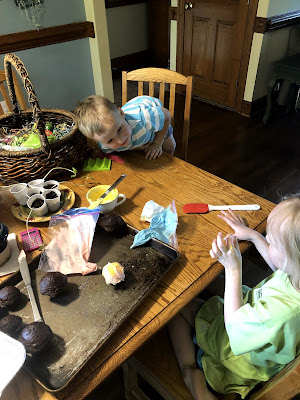 M and A decorated a few remaining cupcakes with sprinkles which was waaaaaaaaaay more up my alley. 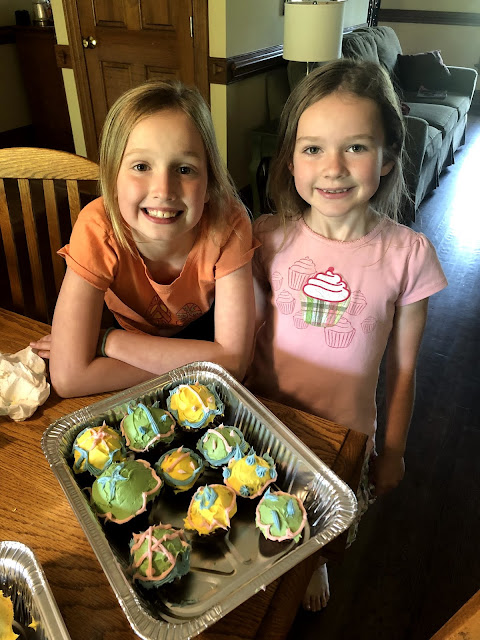 Their flower and butterfly cupcakes with piping! 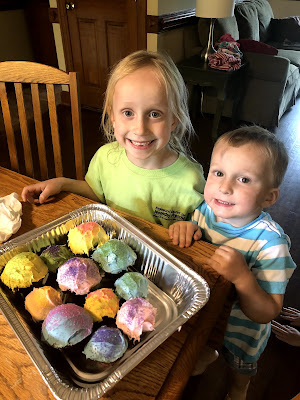 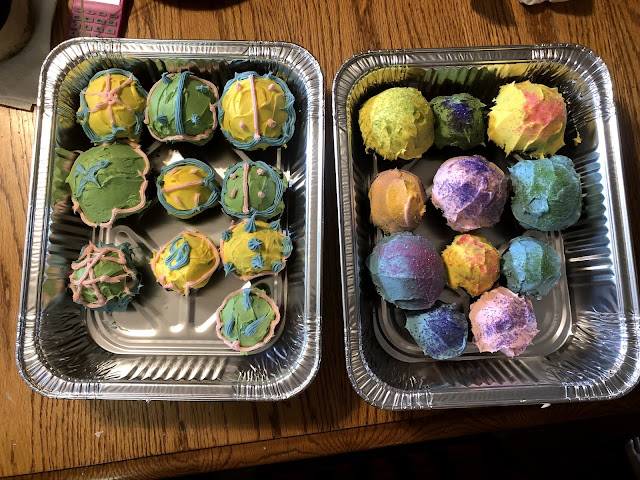 We dropped all of them off knowing there were lots of sweets to be had at church and at Grammy's the next day but there was lots of bowl, and knife and spatula licking :  )

It was a late and colder Pascha than normal 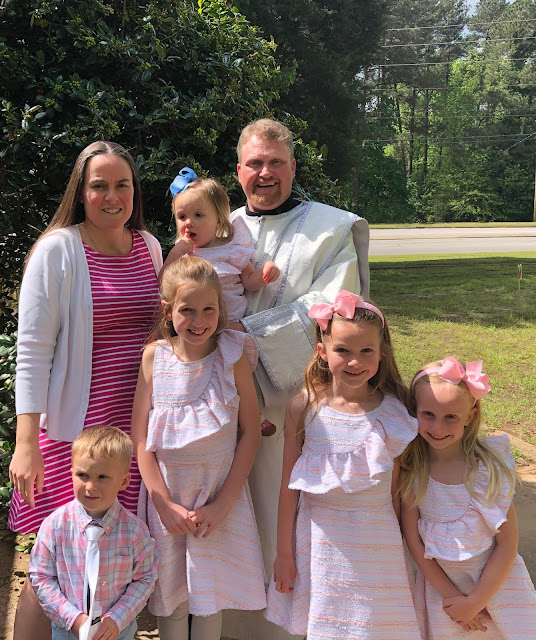 As in I had to swap out the sandals for tights and closed toed shoes late Saturday night. Pascha Matins and DL is a LONG service and the kids gave it their best. 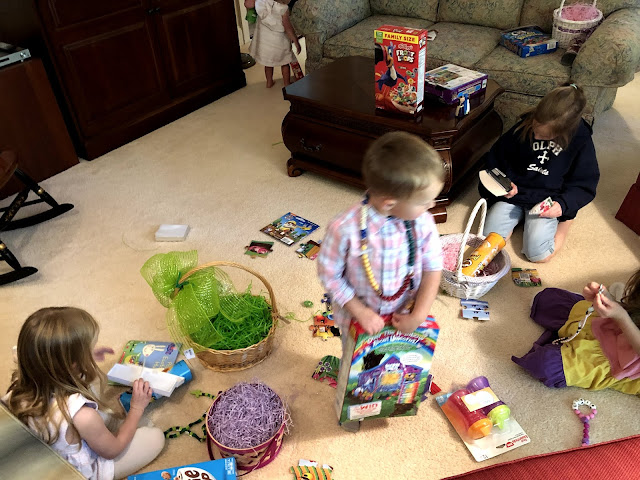 Then we went to my parents for dinner and basket hunting. Pringles and cereal are also a huge hit and I am still looking for about half of the peg dolls I gave them (which does not make me a happy mama).

The last week of April aka Spring Break - I decided that M needed to giving swimming a whirl - just so she could feel good about it going into the summer season. Soccer was off that week and they were out of school so it seemed like a good idea. 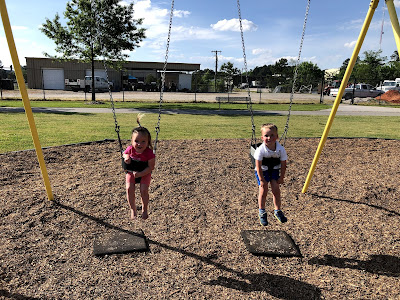 Which meant lots of park time for A and C 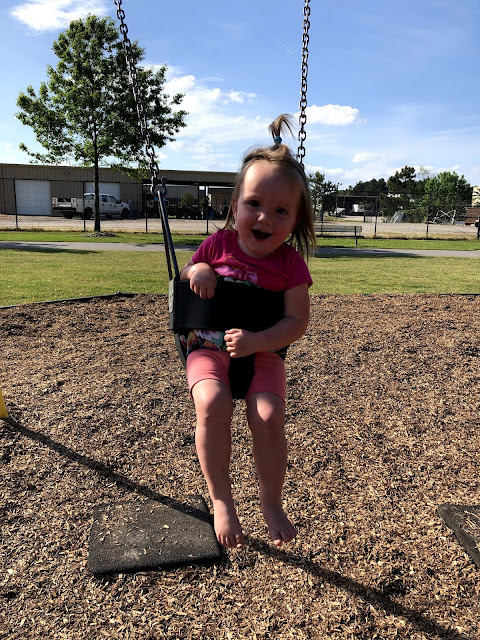 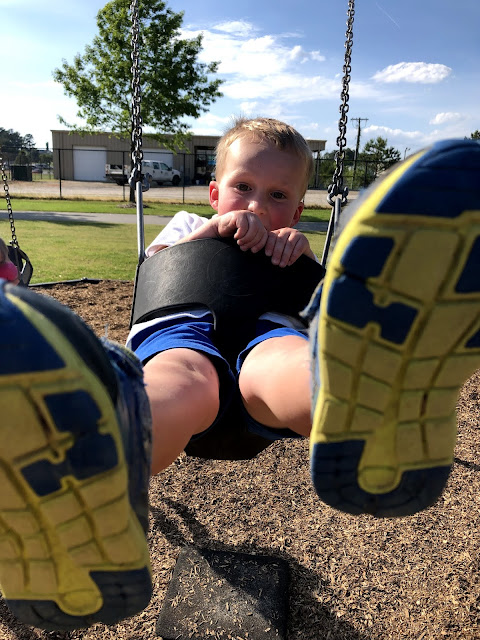 Forever with shoes on the wrong feet... 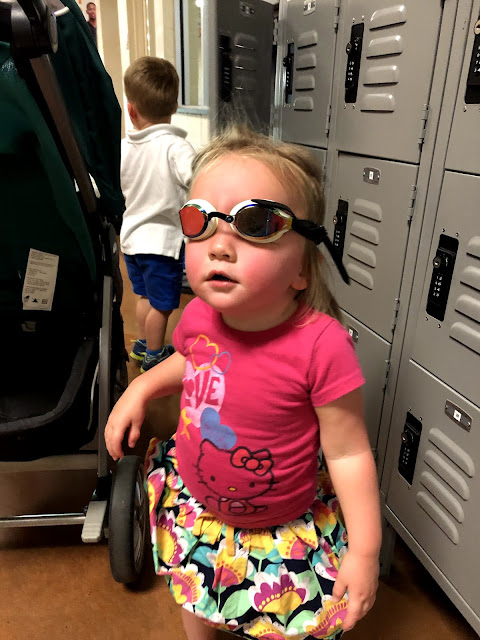 
The Friday of Bright Week it rained 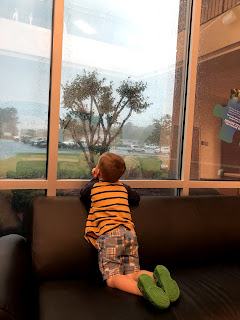 So A and C and me were stuck inside while the big girls did yoga during their swim. I realize there are some questionable breathing and noising and intentions that cane be made during some yoga classes but I trust that is not being taught at our Y. E even said she wanted to go to yoga class so maybe there will be a kids yoga class in the works?

Then we all headed home to enjoy some super meaty pizza on a Friday which is basically unheard of around these parts : )
at May 26, 2019