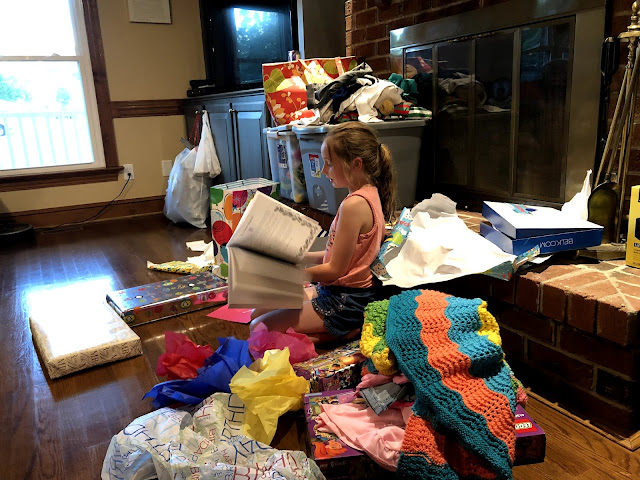 Yesterday was E's ninth birthday! Crazy I know. We had her party on her actual birthday which made her day because she got to open all her presents on one day. She was given some pretty neat Lego sets and clothes and a long awaited new scooter and a knitted blanket. 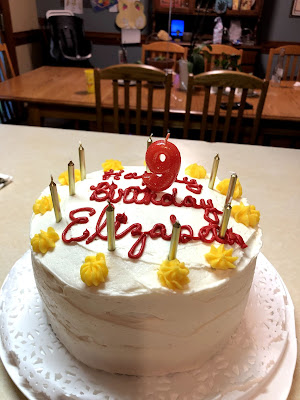 Grammy made the cake (of course) and it was delicious. 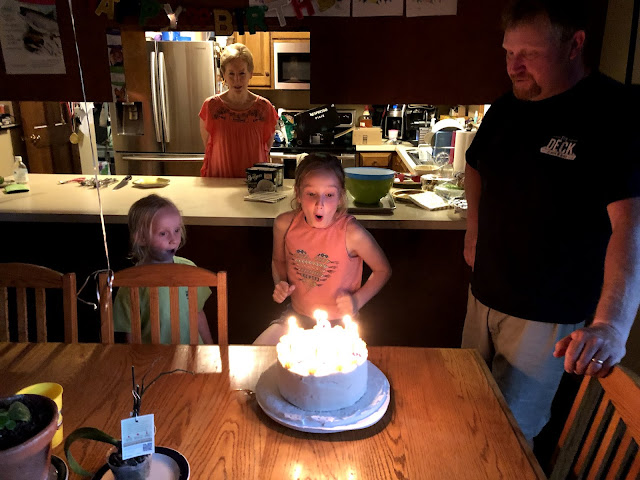 She needed a running start to blow out the candles! 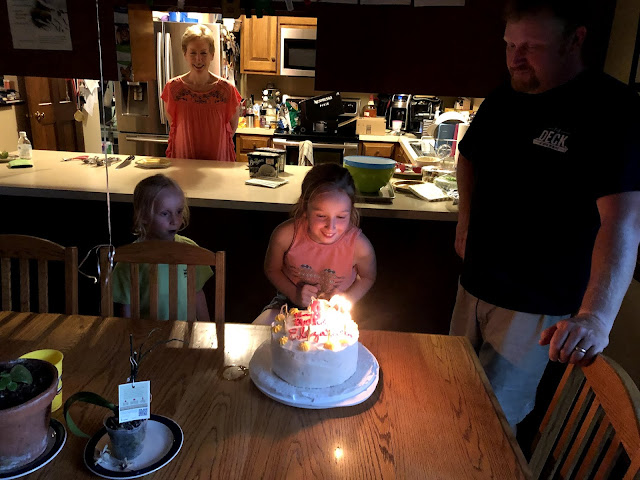 But didn't get them all on the first try : ) 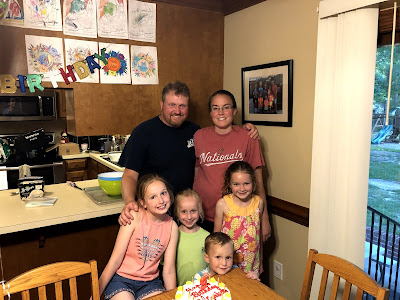 Our family pic sans C because she had a fever and slept through the whole thing. I was really worried that E would lose it when her one friend couldn't make it because she was sick too but E was surprisingly good with it. She requested popsicles for a treat at school, after swim practice (before her party) and after her soccer game (the next day).

Next year I told her she could have a party with all her friends (if she wants) and she read this book (shocking) about an escape from Alcatraz which sounded like an Escape Room - ish kind of thing and so now she's busy planning her Escape Room 10th birthday because she's a planner like that.

She's a planner and a constantly thinking about things to come (we are trying to encourage her to live in the moment and not anticipating the future). She's an avid bookworm and hard working student. A dedicated swimmer and gaining-some-confidence-soccer-player (which has been really fun to watch over the last several weeks) which we are sure she'll continue to work hard it both sports. E is very excited about her summer musical she's in and has read through the script at least a few times to decide what she's going to try out for. It has been a busy, joy-filled nine years with lots of twists and turns and learning curves. We are so grateful God blessed us with her as the leader of our kids.