Linking up with Kelly ... weeks two and three ran together as we are finding some normalcy and sticking to routine

This week seemed strangely normal. Everyone knew the drill, everyone whined a little but overall the unknown of two weeks before was gone because we KNOW we are in this do-everything-from-home situation for the long haul. 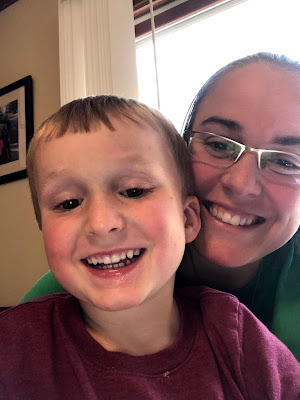 Things I am thankful for: being able to check work emails with this guy, flexible job situations, a job, a husband who walks in the door from work and showers and cleans up the daily ravaging of the house, teachers for checking in on their kids, local restaurants, friends who are checking in, GORGEOUS weather yesterday, our house chapel. 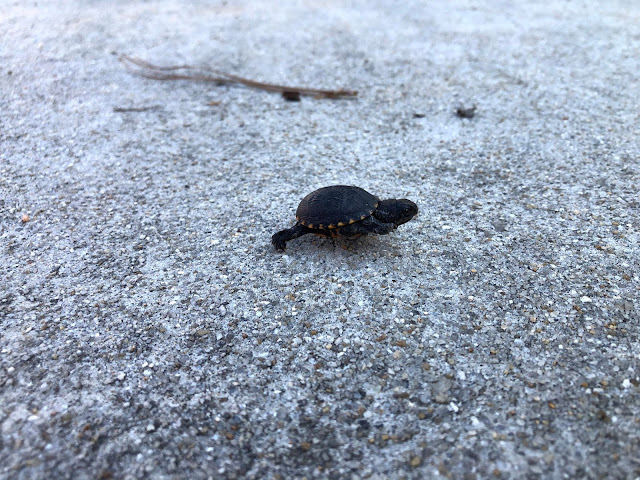 We caved and got a pet. Or rather found a pet. Last week it rained and washed a turtle up close to the garage and we decided to keep him around. He is currently living in a 5 gallon bucket in the laundry room sink. The girls have installed a swimming pool complete with rock features, lots of dirt, moss, sticks and flowers. We take the bucket outside in the morning for him to get some sun and I take him out a few times a day to walk on the driveway or grass. I am legit worried C or A will step on him. Right now he is called The Turtle, Yertle and my vote is Corona though I wouldn't be opposed to Frank or Francis. 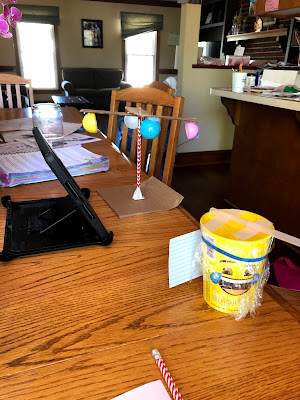 School work from home is going well-ish. I know why I don't homeschool and work at the same time because it is basically really hard. I encourage the girls to get their stuff done in the mornings so they don't have stuff to do in the afternoon and finish up things by Thursday so Friday is a free-bie day. We still maintain The Schedule on Fridays but if there's little to no schoolwork then it is kind of like a weekend day? E wanted to work on an AHG badge which involved making a rain gauge, anemometer and barometer. No biggie except R was studying for a religion test, M was doing math sheets and I was placing orders for work and she kept asking for supplies that we didn't have so she kept searching for different ways to make these weather machines with stuff she knew she could get her hands on. Definitely applauding her effort and determination.

After breakfast, getting ready time and prayers it is time for what I like to call - the morning torture session 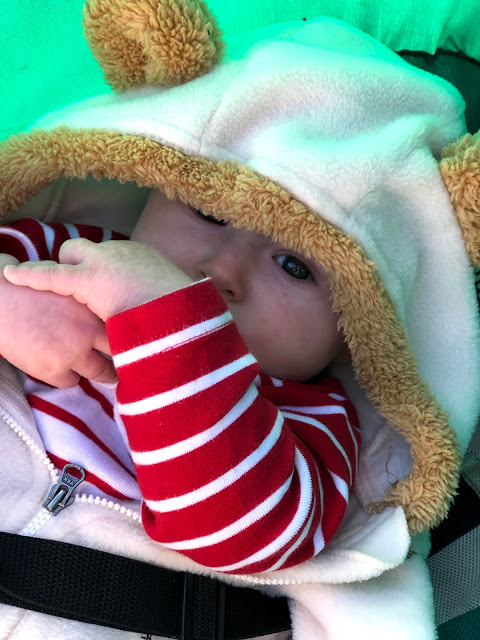 Also know as taking a walk. In the past three weeks (that I have been home) we have gone on our morning walk all except one day. Just for the record on the mornings Lee has been home they've only walked one third of the days. : ) In his defense those days many have been chillier BUT that's what coats are for. 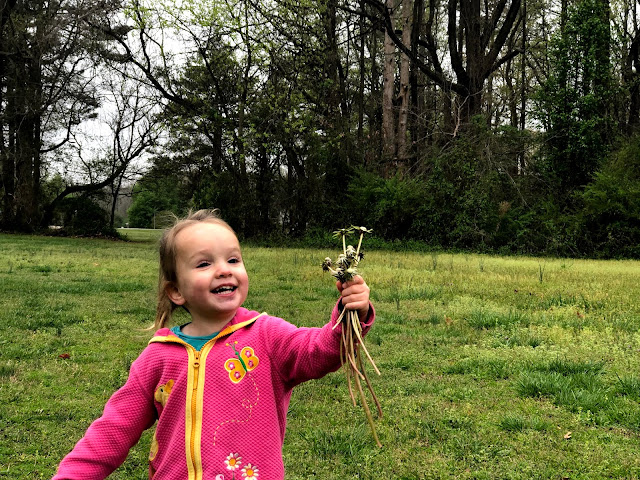 I enjoy the jaunts around the neighborhood. The kids usually get over the fact we are going by the time we hit our mailbox. Then there's debate over the short, medium or long walk path. Basically no one is ever happy with the decision but it is usually quickly forgotten. There weren't as many dandelions this week much to A and C's disappointment. But on these walks I have seen my kids flutter down the street without a care in the world and as much as I would like things to be normal again, I love the things I can see because of our current situation.

The outside time has been great. 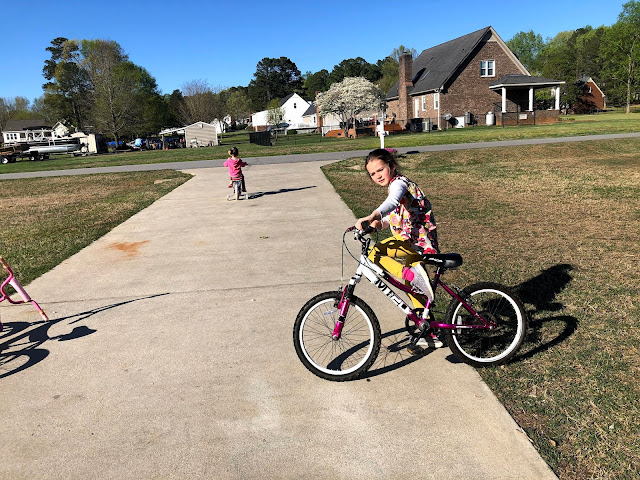 I love our little street that has about one car per hour going down it. The trash truck came the other day and I got a bit nervous from my work perch so I ran out to check on everyone and of course everything was fine. One morning A and C wandered and C found a puddle and came back with wet brown shoes but that's not bad for three weeks of this. They were scolded and haven't left the yard again. 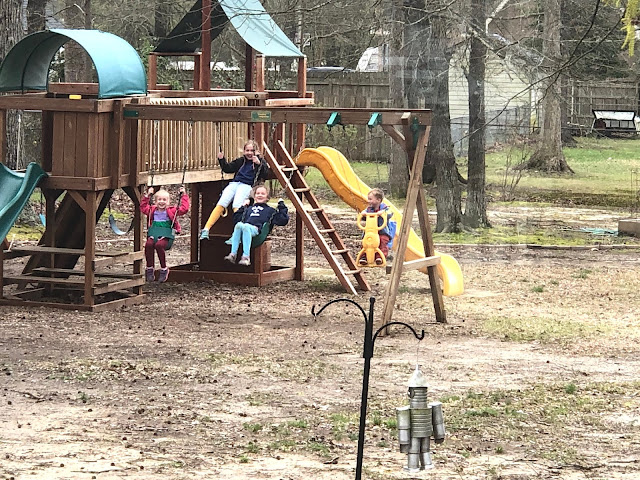 They may complain that I force outside time but once - move forward with your life - (said often around here) they can have quite a bit of fun. There's fighting too mind you but that goes with the territory. 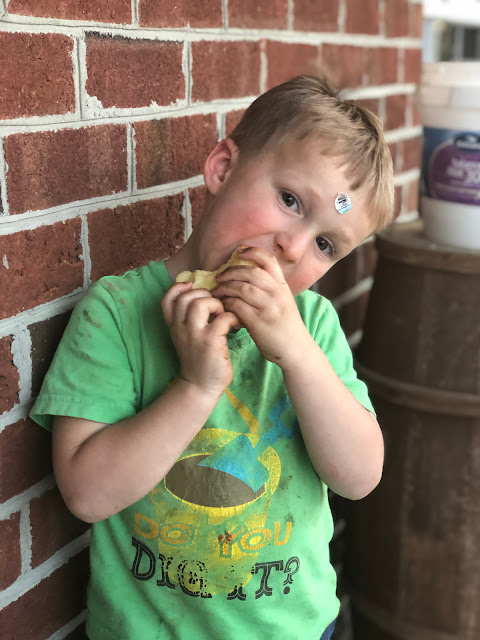 How about all the food the kids eat? It is a good time The Schedule notes feeding times because they would snack all day. At lunch I'm amazed at what they eat. Sometime after TV time on the way out to (more) outside time I cave and let them have an afternoon snack. 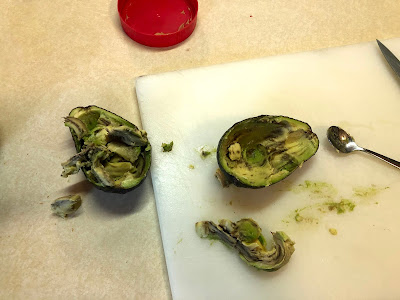 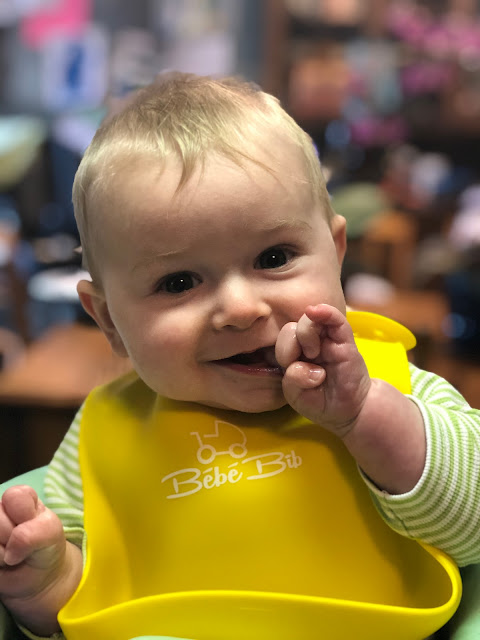 The higher fat foods are for this guy who up until a few days ago didn't want any part of baby food. Now he at least opens his mouth for it (but spits it out almost immediately). We do think he is actually eating some of it but the initial response is spit instead of swallow.

Evidence of a fun, late evening with neighbors 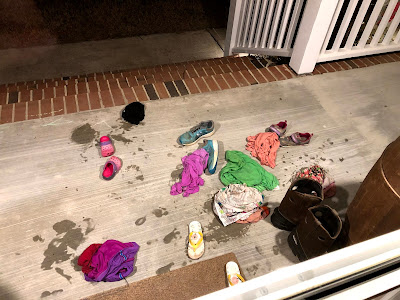 Which probably won't happen again because we aren't supposed to be in groups over ten and our family is at 80% capacity : ( and it is probably just not a great idea BUT it was fun while it lasted. Having completely FREE weekend schedules instead FULL Saturdays has afforded us a few weekend dinners and it has been so fun and so great.


Puzzles. Let's talk puzzles. I LOVE a puzzle. Usually we have zero time to do them plus where to we put them? 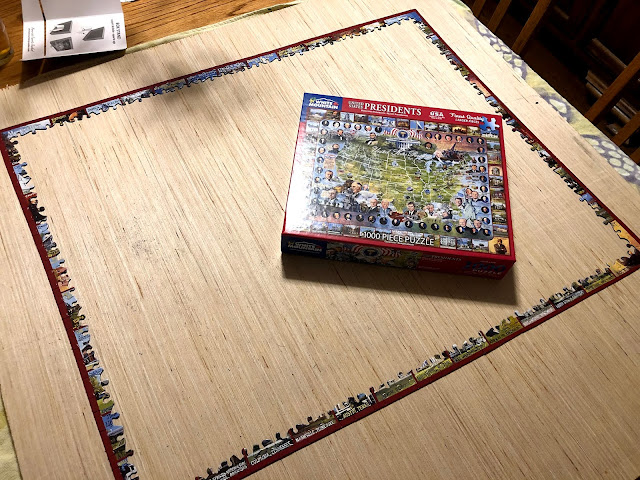 The presidents puzzle was the first puzzle we did and finished in about 2.5 days. I love it for its history and makes me wish I had retained more about the order of presidents from US History. E and I got Lee hooked because he LOVES presidents. Also, I ordered this puzzle and an NC puzzle right when all the shutdown stuff started - now there is a black market for puzzles and you can't order this puzzle anymore? My dad reports the WSJ had an article about the shortage of puzzles right now! 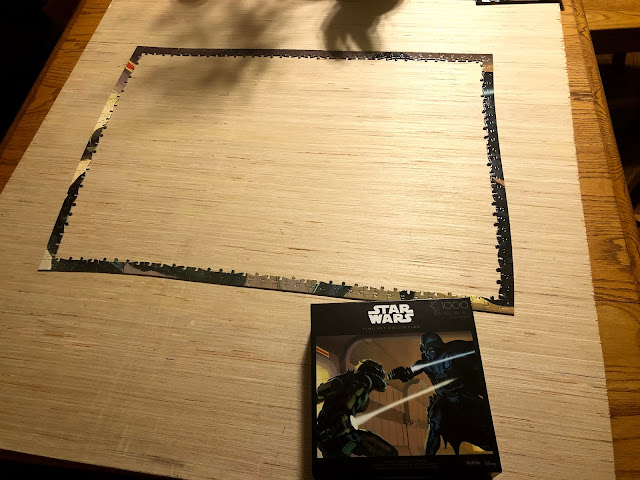 Then in was onto this puzzle which has proven to be a bear but we are nearly done with it after almost 2 weeks. There are probably 60ish pieces of Vader that are completely black so it is going to take trying every piece individually in order to finish. Lee cut this 3x3 board which has been great! 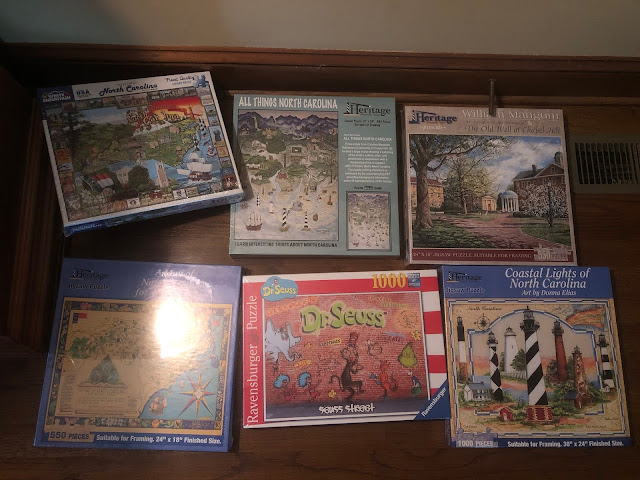 Other puzzles that are in the works... Everyone is laying claims for which puzzle they want hung in their room. Seuss is going in Js room I think. We might save the lighthouses for the beach though there is another beach puzzle that I am eyeing so we will see. I think once Star Wars is done the Old Well is next which I would like to put in our room. The top middle puzzle I'm thinking for entryway - that one is 550 pieces so it should be a cakewalk! Basically we will have no bare walls once all this corona is over and we can get these puzzles framed!
at April 04, 2020

Email ThisBlogThis!Share to TwitterShare to FacebookShare to Pinterest
Labels: AHG, Corona-Quarantine, outside with the kiddos, puzzle, turtle