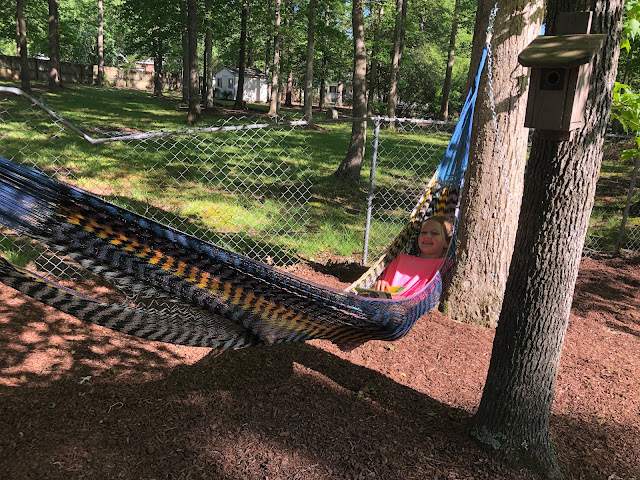 Speaking of hanging out.. 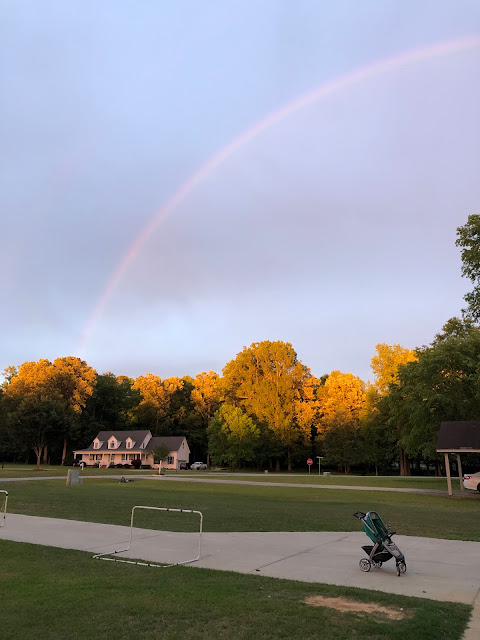 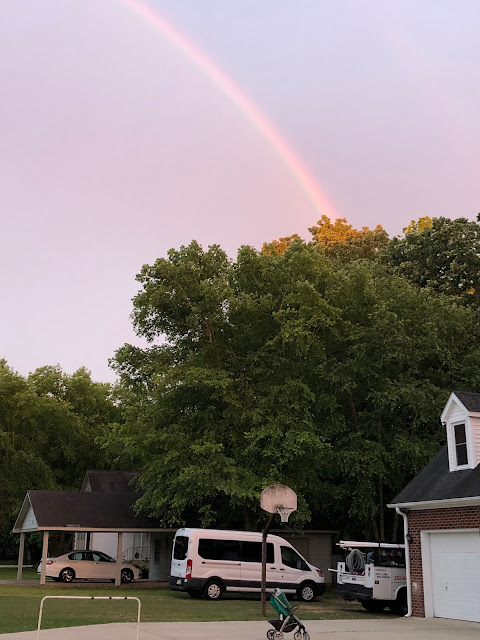 It was truly majestic and the pics don't do the colors justice.  A reminder of God's covenant for sure.
---2---
I still drag everyone on our normal morning and sometimes afternoon walks... 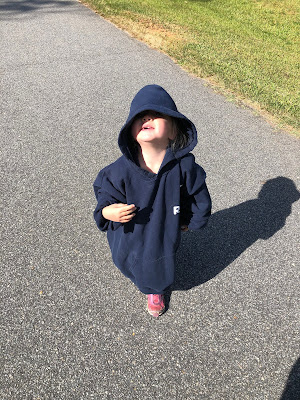 I thought C was wearing one of the girls hoodies but it turned out to be mine. 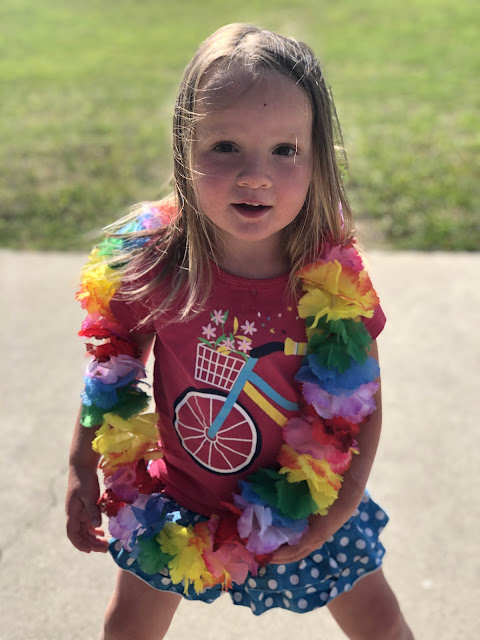 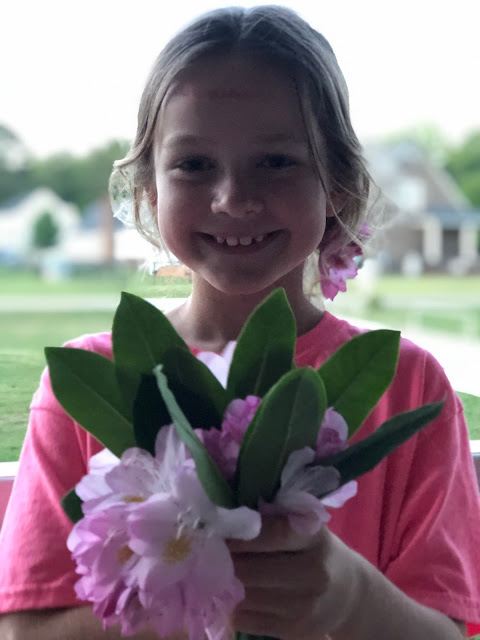 R knows I love flowers
---3---
In my spare time (hahahahaha) I've been inspired to fill up the walls with puzzle and other assorted frames... 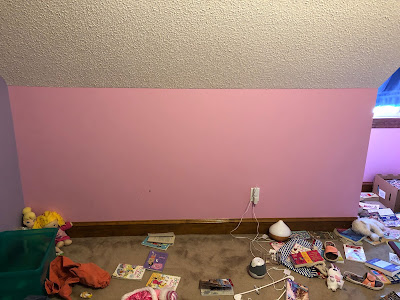 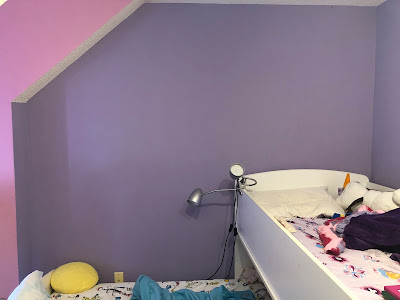 I'll have to post my weekend progress on the girls room. E's begging for a wall color... maybe in the fall?
---4---
The boy needs a haircut and I told him he could not buzz his hair like Papa just yet. 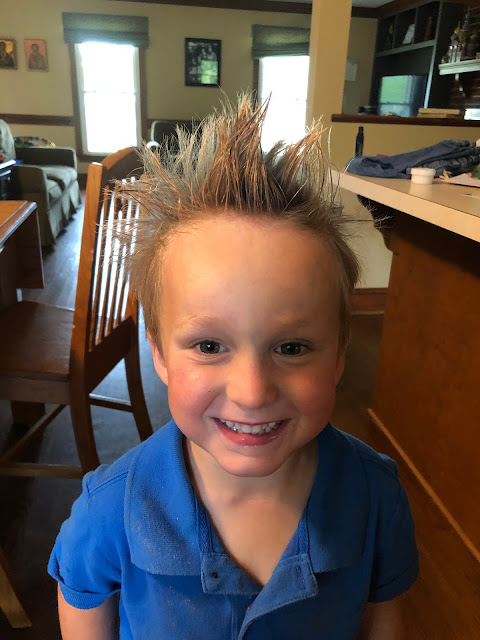 Great excitement around the house one day last week was... 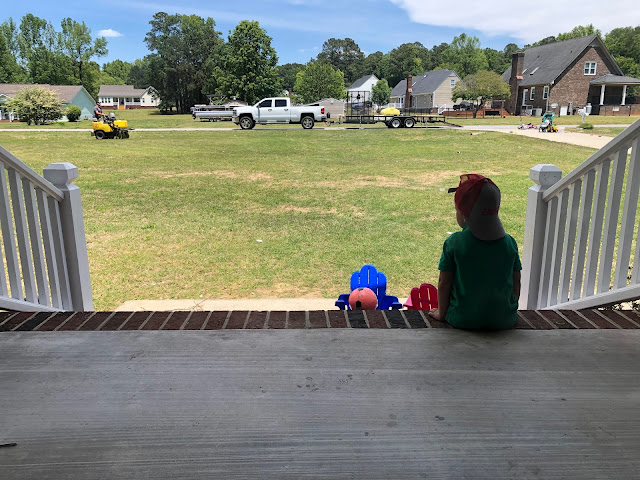 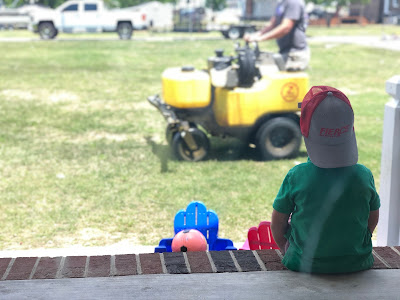 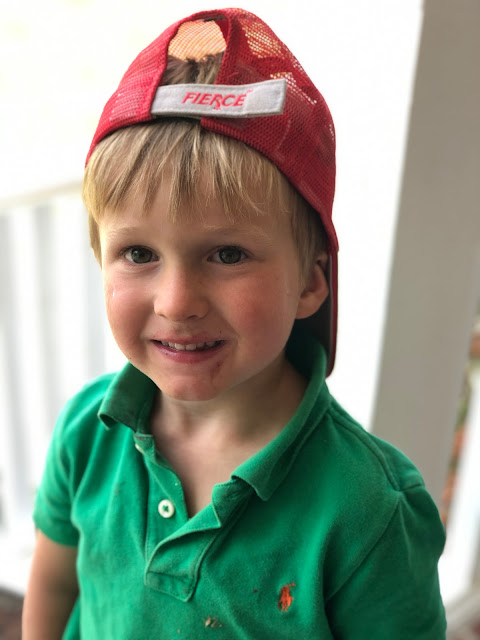 He's getting so big, if I sat and thought about it long enough I could cry. 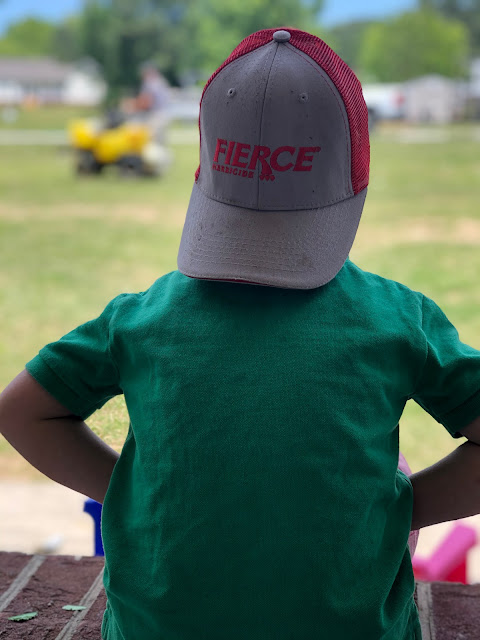 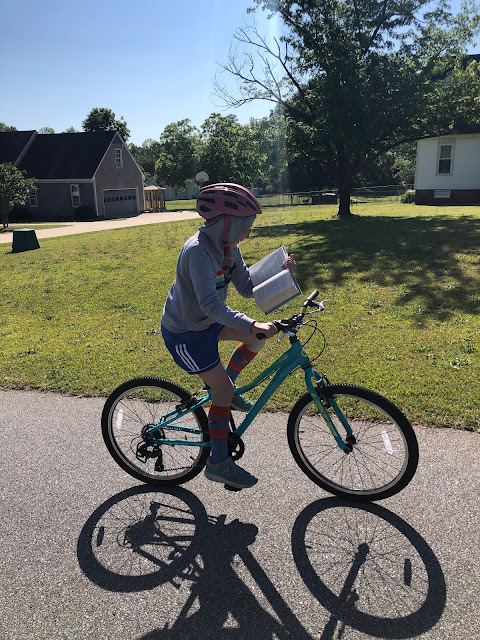 She's got a book problem.
I started reading Charlie and the Chocolate Factory (aloud) to the group this week (so we can watch the movie) and it is AWESOME. We are loving it! 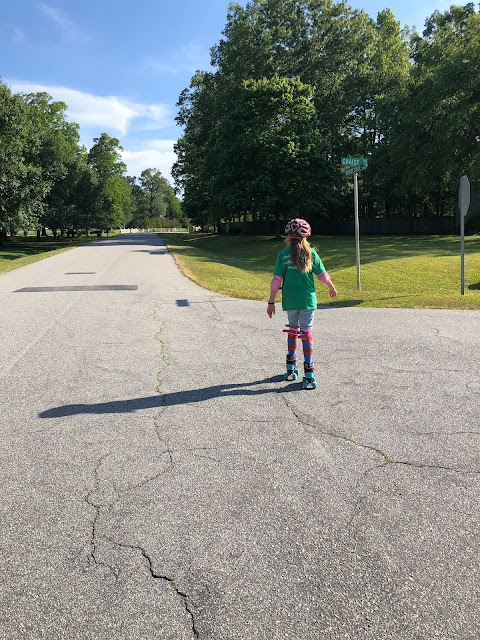 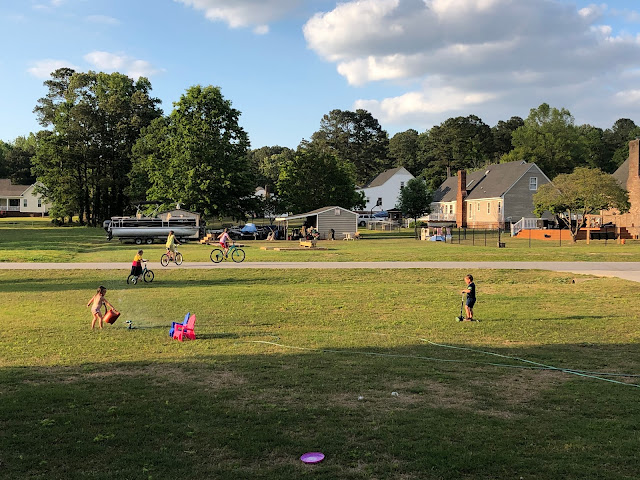 E BEGGED to turn on the sprinkler Friday night and I made her call Lee to confirm which was oh so wise on my part because once she fiddled with the front sprinkler for 15 minutes she drug the back sprinkler all the way to the front - much to Lee's chagrin the next afternoon (but I told him he couldn't be mad at them because 1. he approved it and 2. she was being resourceful). C may have been better suited in a bathing suit because she didn't realize clothes are REQUIRED
---6---
The Puzzle Report: 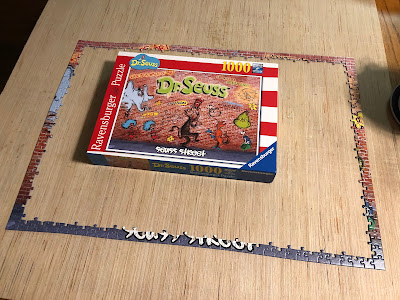 We are onto another puzzle... Six maybe? E has claimed this for the nursery and I tend to agree with her. The brighter evenings has afforded the big girls a little extra neighborhood freedom so puzzling into not what it used to be but its okay.
---7---
Wildlife Report... 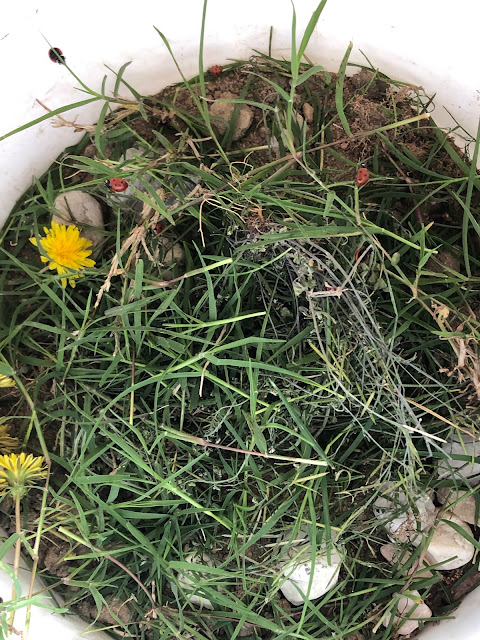 The girls were collecting ladybugs for the "Ladybug Hotel" - they were having a hard time keeping them in so we opted for the hotel theory. M has to do a bug project for school and she chose a ladybug. I was hoping she'd find a round rock and paint it red (they have gotten into the painted rock selling business in the afternoons) but that didn't happen. The project is due Monday and all we have so far is a styrofoam sphere. 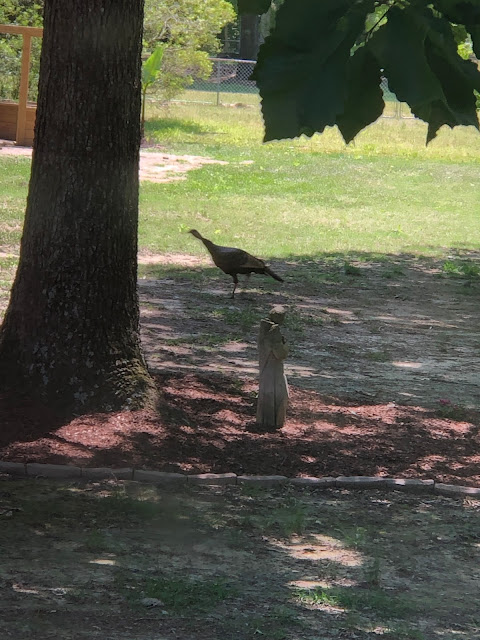 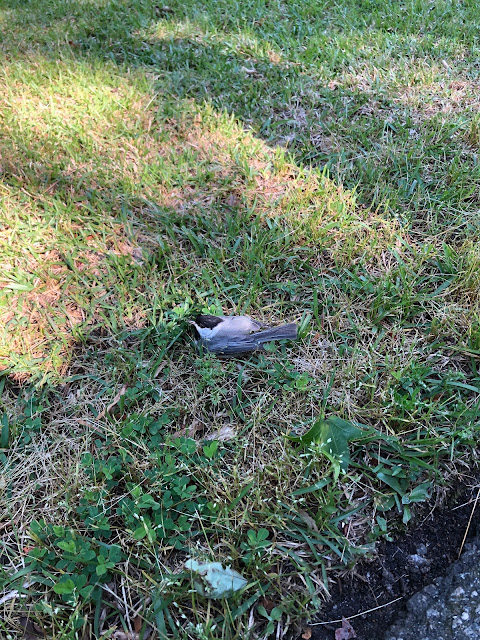 E nearly stepped on this during one of our morning walks. We hoped that by not touching it, its mom would come back and teach it how to fly. 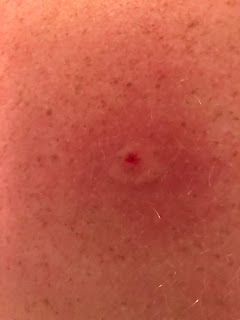 Last night I pulled a tick off of Lee. It hadn't fully burrowed??? but it did bite him because a small part remains stuck under the surface of the skin. Praying that it is not a lyme carrying tick.  Oh and M saw a black snake slithering across the back yard today which was a topic of much conversation.
at May 19, 2020

Email ThisBlogThis!Share to TwitterShare to FacebookShare to Pinterest
Labels: Corona-Quarantine, outside with the kiddos, things i think, trying twos