We woke up to snow Thursday last week. It’s been nearly a year since it snowed so we were kind of ready for it. The ground was super wet before it snowed so it was a really wet snow that didn’t stick around long. 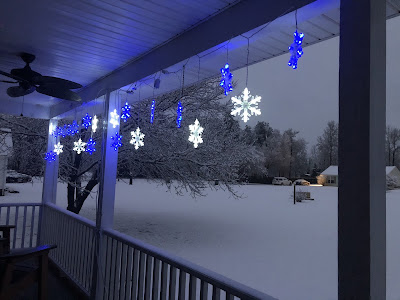 Lee ran out and turned on the snowflake lights which seemed super appropriate as the snow finished falling in the early morning. 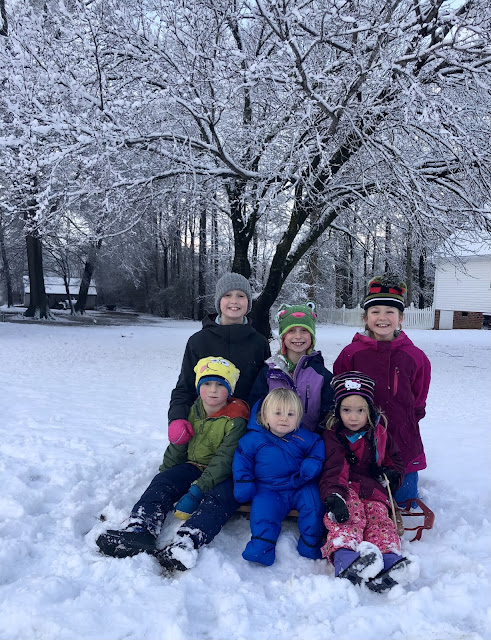 Everyone got dressed early after breakfast and headed out. It was helpful the big girls could almost completely get themselves dressed. 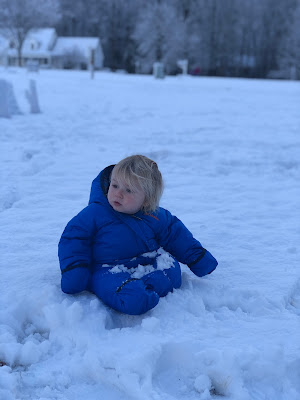 J wasn’t super thrilled about the snow because it was really windy so he went out for the obligatory family pic and then retreated inside with Papa fast. 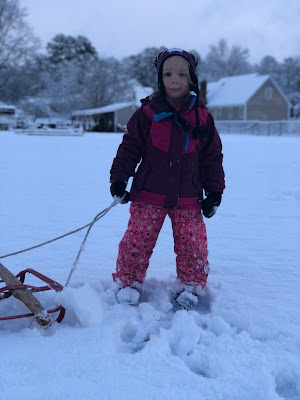 We got the sled out but it was basically pointless. 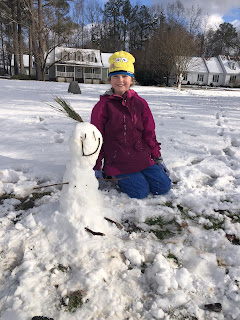 R worked on her snowman for a good while 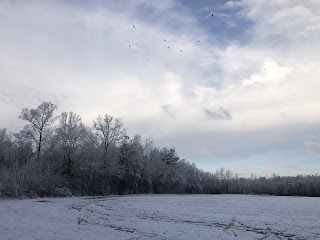 The field after the snow before the sun. Some of the kids headed to the swamp and got pretty wet. I think we could use a morning and afternoon snow outfit for everyone 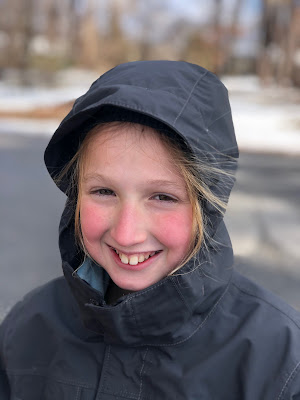 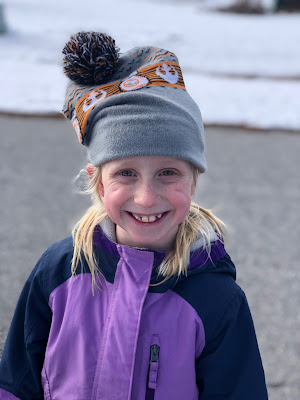 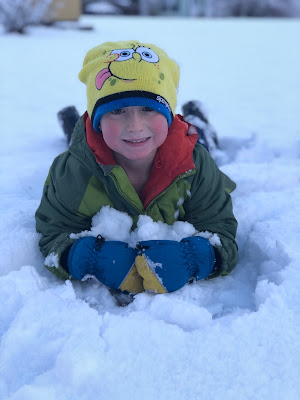 A said he wanted to stay the whole day outside and he did last quite a while and enjoyed getting to run with the big kids to the swamp. 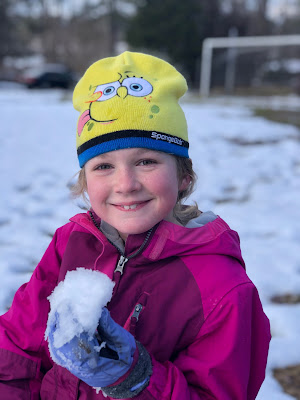 The resident snow eater
After both of our snow jaunts and the kids take off all the snow hats, gloves, boots, bibs, jackets, socks - everything in the garage. I go out and collect everything and hang up and put over vents or put in the dryer. They are enjoying hot chocolate and not thinking about the behind the scenes - I feel very mom-ish. I cannot imagine all the times growing up my mom did the same thing for us because on snow days if you’re a kid who has time to think about how things will be dry because there’s hot chocolate and snow cream to be eaten.
at January 31, 2021