Here's how Thanksgiving week panned out... 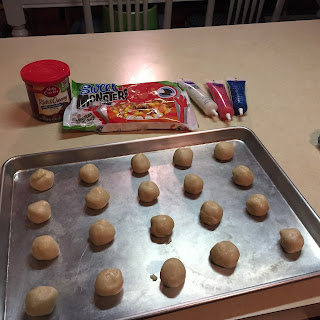 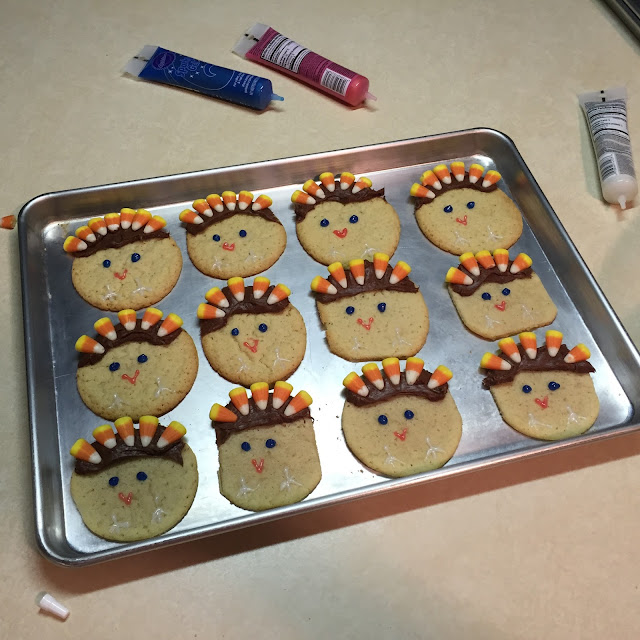 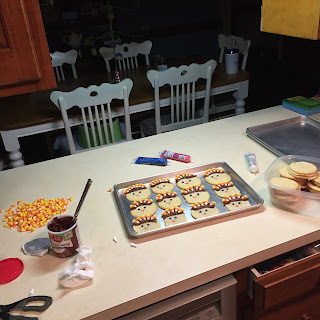 I learned that the ONE darker pan we have cooks at a much faster rate than the lighter pan...

Me - My last batch of cookies overcooked and they were in the oven for several minutes less than my other batches.
Lee - That's weird
Me - Yeah, I cooked them on that dark pan
Lee - Oh... well that pan cooks stuff faster
Me - WHY DIDN'T YOU TELL ME THAT! Now I have 15 overcooked sugar cookies.
Lee - I thought you knew that Chicky

When will he learn that my kitchen skillz are at the pre-K level. 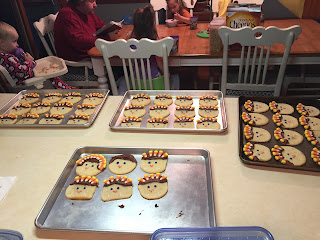 I'm bound and determined to get better sugar cookies. I might just even have to make them from scratch because while I only overcooked 15 - all of them were flat and I would prefer fluffy turkeys. Someone hit me up with a fluffy sugar cookie recipe - I'm going to guess its got some baking powder and soda in there to make them stand up 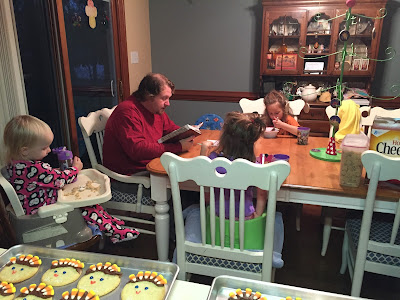 We are slowly be surely getting through the Jesse Tree. The morning of the turkey cookies Lee also had to figure out how to place 4 sheets of cookies in the van without them getting trampled on OR moving around too much! - He was successful! 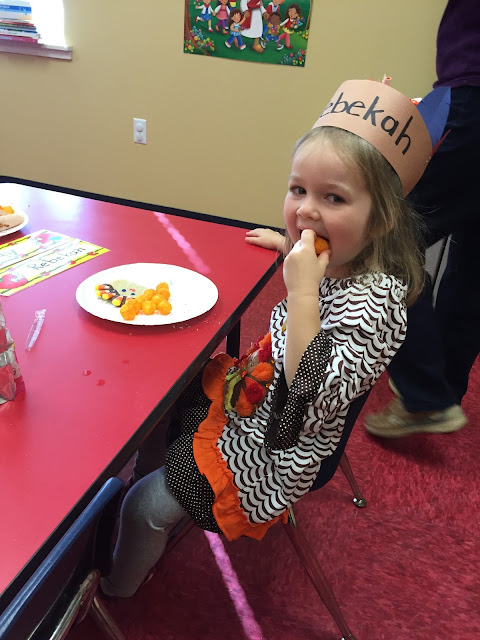 R had her party at school and nothing says party like Cheese Balls. I still have a bunch left in the jar so hopefully they won't get stale because E has called dibs for her snack day in December. 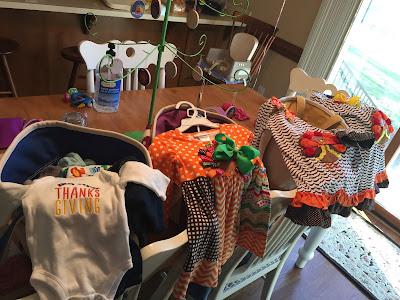 Wednesday Lee and I both had to work - we worked in shifts since schools were closed. Then Thursday we packed up and headed for the hills. I tripled checked our 4 bags, with 4 outfits, 4 changes of clothes and 4 sets of pajamas. 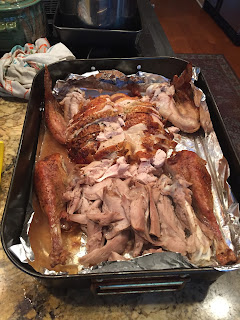 There was lots of food and good times with my family. 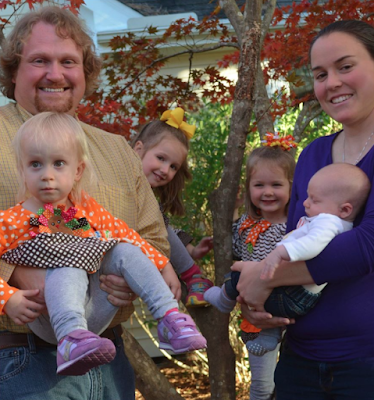 This could be the first family of six photo that's been taken - thanks Uncle Bill! 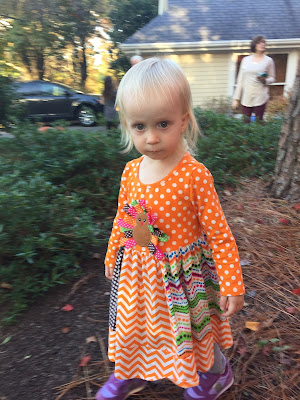 I really only took a few pics 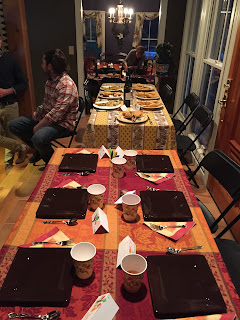 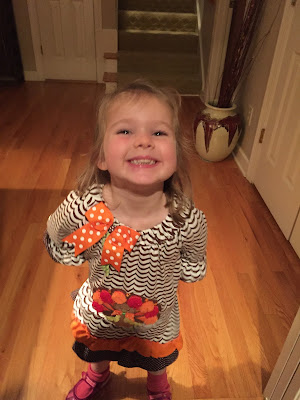 So very ready to eat. R had lots of fun with my cousins kids.. Hello piggy back rides! 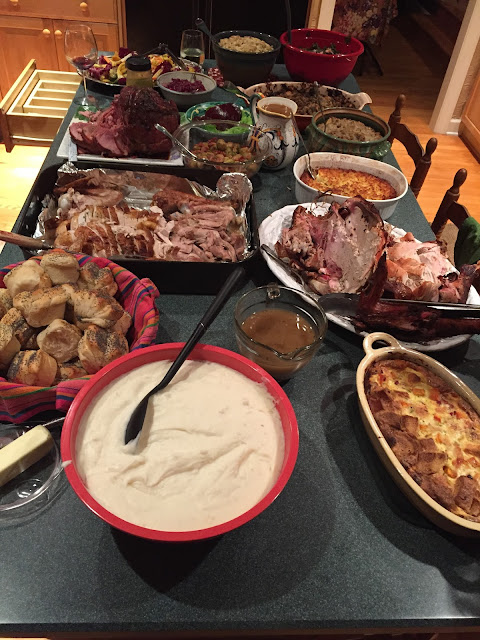 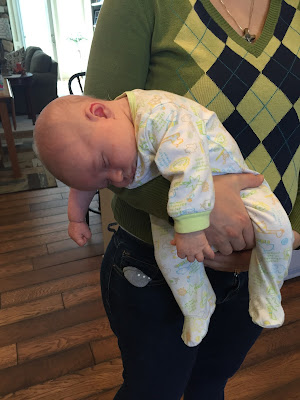 A finds the most unusual positions to fall asleep in - and stay asleep! 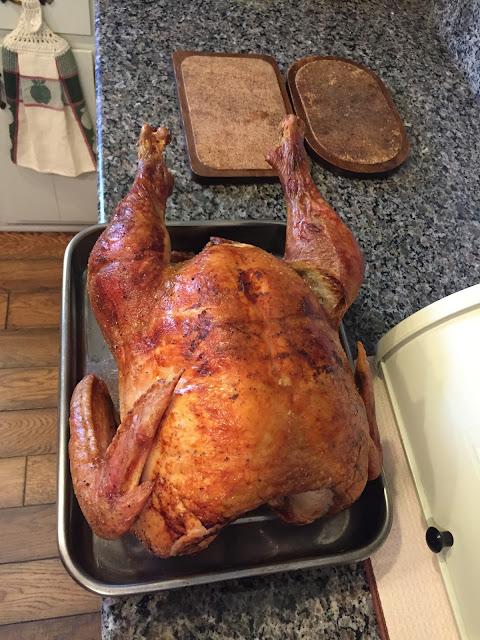 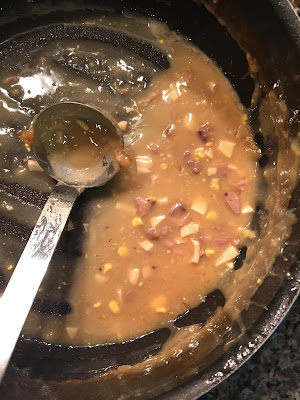 Gravy anyone? I know there are different schools of thought on gravy. I did not have chewable gravy until I met Lee. I will admit it is growing on me!

Let's see. Again I clearly didn't taken enough pictures. But the girls had fun with their cousins which is awesome. It was actually a bit lower key because we were missing some cousins : ( but they will be here for Christmas so : )

On the third day of Turkey, Lee took the big girls to the movies - first time - to see Peanuts. M and A and I headed to a friend's house. Then we headed to Jibbe's for leftovers!!!!!! Probably the best part of Thanksgiving is the leftovers.

On the fourth day of Turkey, Jibbe and Aunt Mary came over for dinner with turkey hash - which I'm still not a huge fan of (I can do the country gravy but the hash still needs to grow on me).

Then we said to heck with the turkey because it was all gone except for the bones which Aunt Mary was going to use for soup!