This now seems like ages ago even though it was just two weeks ago...

--- 1 ---
Sometimes I find myself wondering if Lee isn't a modern day Renaissance Man. Some days he does so many things so very well I'm kind of in awe. Here's a sample of what he did a few Saturdays ago: 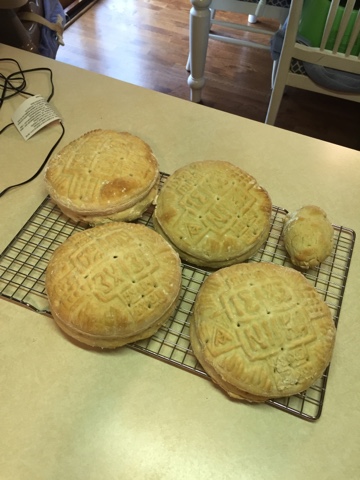 Made bread for church

And also made bacon, eggs and toast for breakfast as well as started on his so-so-so-so good Pork Soup (One of our church fundraisers is making kielbasa - which he is heavily involved in - and that requires lots of pork butts, so instead of throwing away all the bones he'll roast them and work his magic in the kitchen and make is amazing soup). I don't have a picture of it but you'll have to trust me. 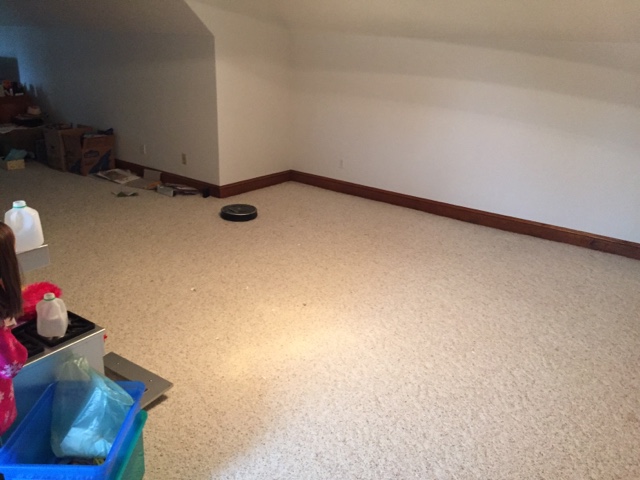 As he are prepping the soup and I was going to the store to get his necessary supplies (twice since I forgot the garlic) the girls were charged with CLEANING UP the upstairs. It had been booby trapped with Legos ever since Christmas. Putting good little Roomba to work! 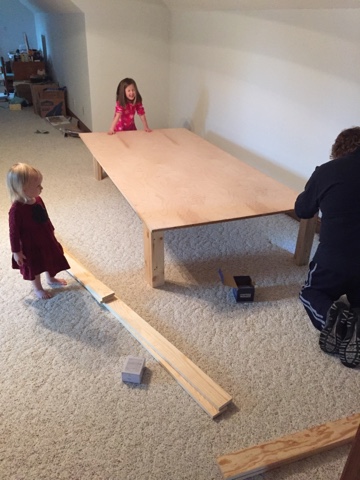 The cleaning was necessary because... 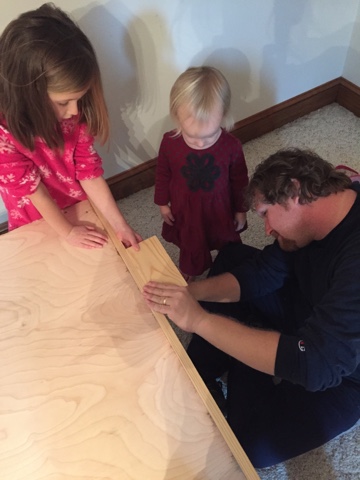 He was making good on his word of a Lego table so the girls had somewhere to assemble and we didn't kill out feet EVERYTIME we went to the chapel. 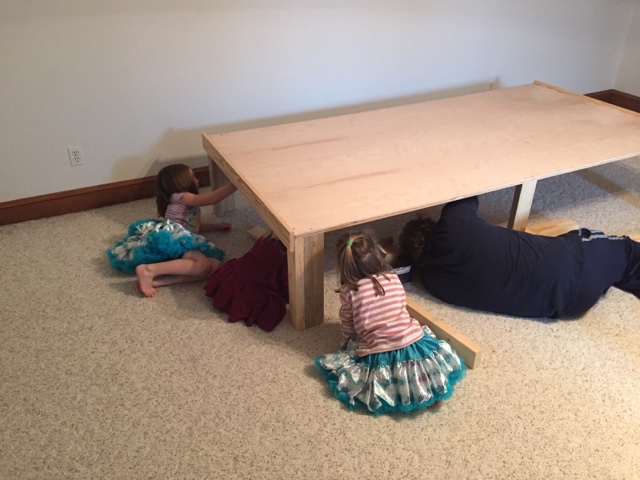 Once the Lego table was complete (as if the bread, pork soup, breakfast, and Lego table weren't enough he wrote his homily for the next day since he was on the books for preaching at A's baptism).

And all I could say for myself was - the laundry was done : ) well that and A was fed but you know!

Speaking of the baptism... 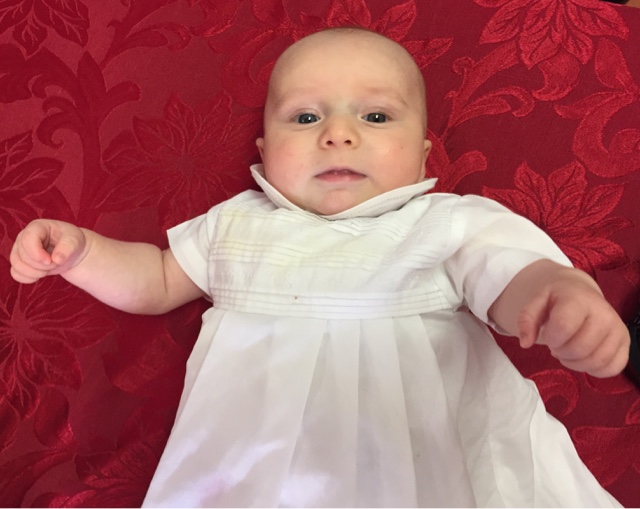 There's A smelling so fresh and so original-sin-less : ) and like Chrism.

---3---
A and Papa enjoying some football after an action packed weekend! 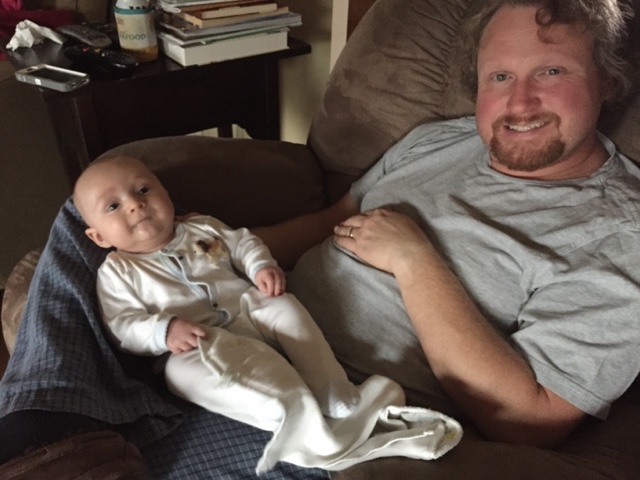 They are so stinking cute!

R had some homework to do for school so we knocked that out... 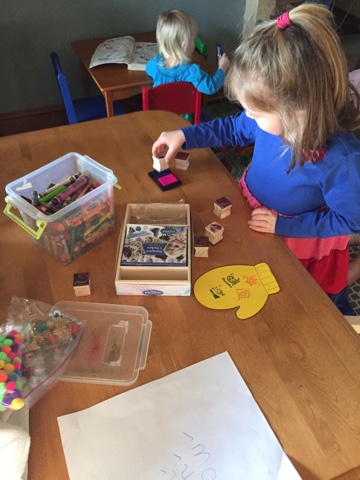 Thank goodness for stamps and stickers! 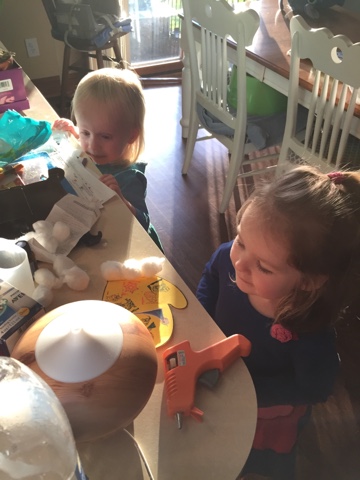 M begging to get in on the homework action! 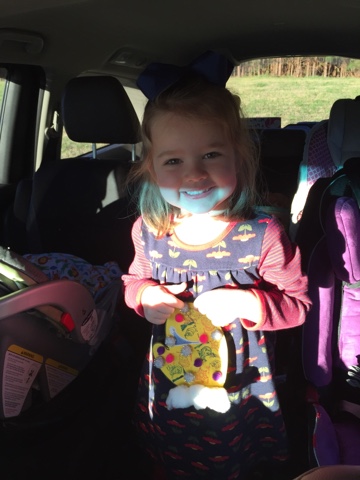 The huge-est difference between E and R when it comes to this kind of stuff is, R is not begging me to do her crafty homework as soon as she walks in the door the day she gets. If E gets wind of anything craft related she pesters us about doing it until it is done (and she tends to get carried away - nothing can be simple about it). With the nightly page of homework that E comes home with now (not craft related) I have to wonder what R's response to the homework will be in K.

I'm quite convinced I couldn't use that kind of logic/reasoning/motivating/reverse-psychology-ing with R because ten bucks says she just wouldn't do it. They are just wired so differently and it is very interesting learning how to parent them. 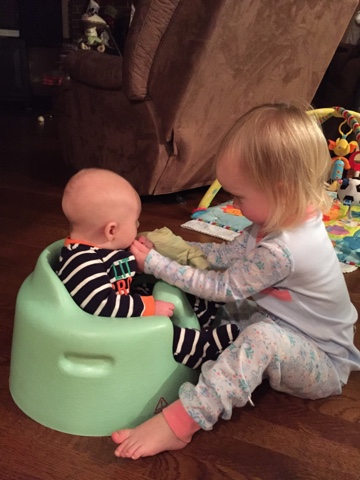 Can I tell you how much M loves A? Pretty much a whole lot. I don't think I've ever seen E or R dote on a baby as much as or as consistently as M dotes on A. M LOVES A so much and tries to comfort him when he's crying, she'll wipe his face if he spits up... 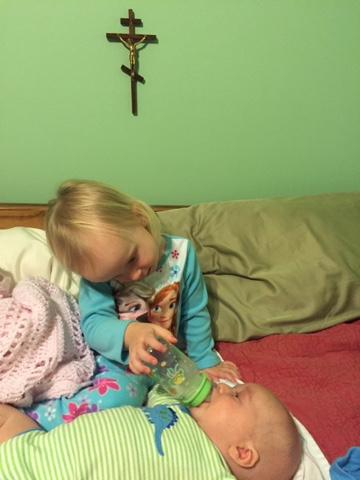 And she has to be RIGHT where he is most of the time. Also, she loves to burp him and it goes something like this

Gosh 2 yrs old can be such a great age. 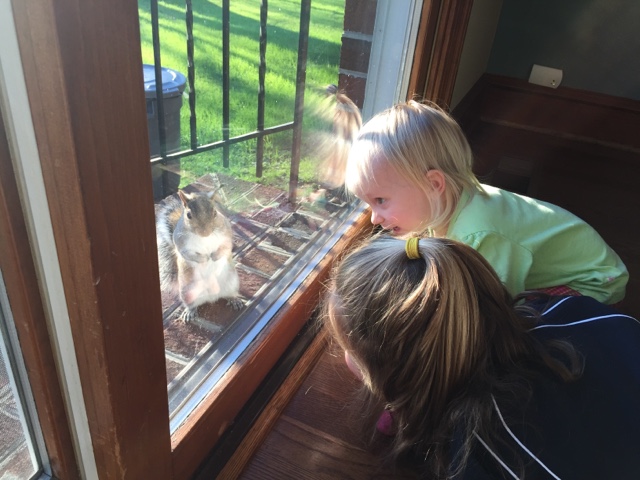 Whatever his/her/they're name is these squirrels provide such entertainment around here. They must watch us and when they see us sit down to eat they come up to the back door. I've been tossing out some stale Rice Krispies (leftover from Rice Cream Pie) but bread crust and other assorted table scraps have made it out the door.

The problem is these squirrels a fearless. They stay right at the door even when we make noise before opening the door. There has been serious discussion over how terrible it would be if a squirrel got in the house 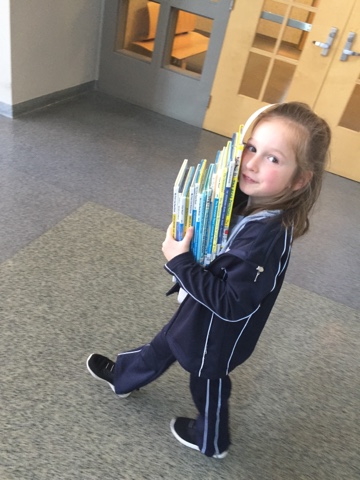 We went to the library twice last week because when your child asks to go to the library and you have nothing else on your agenda, and you drive right past it on the way home from school you have to say yes right? We ended up with 14 books each day so our family room has been scattered with library books : ) 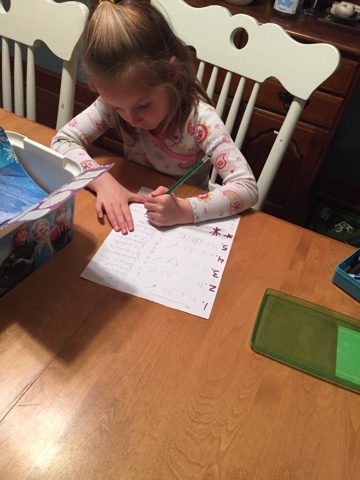 In other school related news... Spelling Words anyone?

E - Why do I have to say-it, spell-it, say-it
Me - Because Grandpa Joe says so