A longing to be outside with the bigs 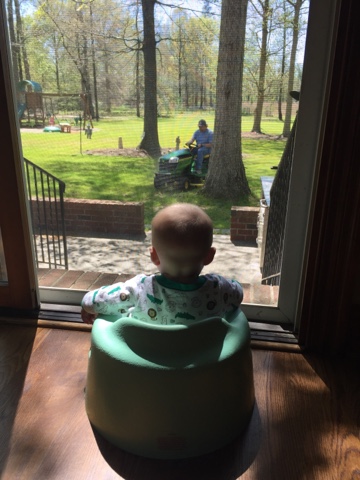 Next year little guy... next year. 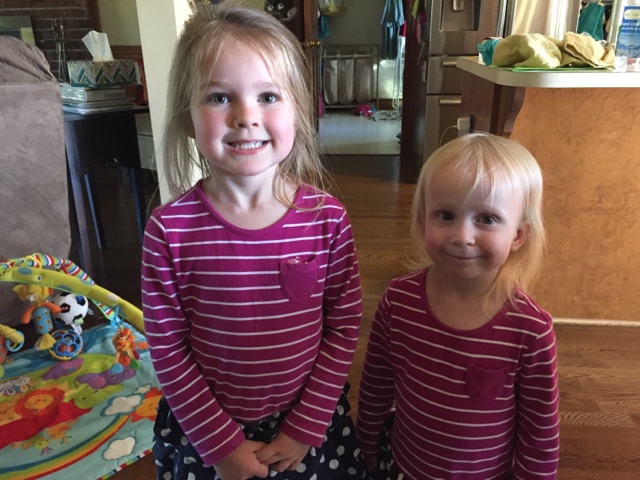 R and M were in a matching mood for much of the past two weeks. Which worked out well because I still haven't put away winter clothes and for whatever reason the weather decided to be insanely cold-ish in the mornings last week.

This however did not sit well with E who deemed it UNFAIR that they got to dress as twins (a favorite past time of hers if you recall). But then we talked about R being twins with her in a mere 15 months and M could be triplets with them in 3 years. E still wasn't 100% convinced.

R had some homework to be done... 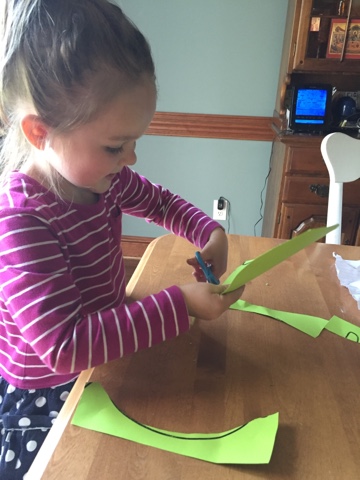 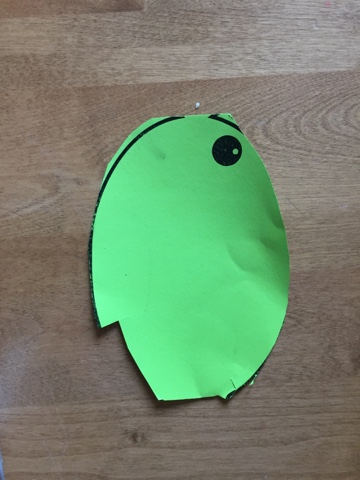 She was so very proud of herself for cutting on the lines.

E - I guess you just cut that a little skinny this time... 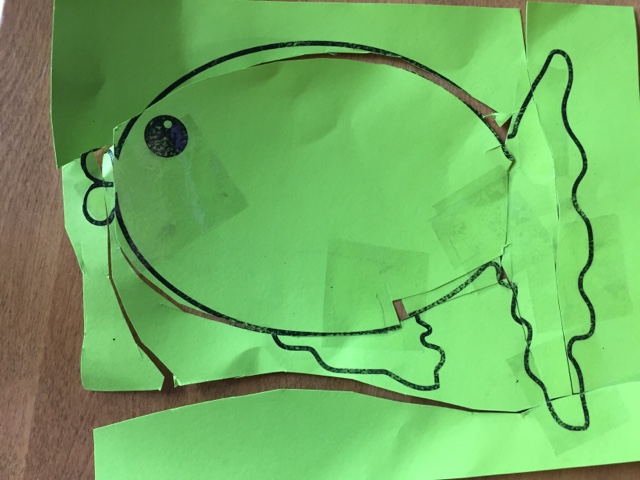 I doctored the poor skinny fish back up and she was as good as new and R didn't even mind that I gave the fish it's lips, fin and tail back. 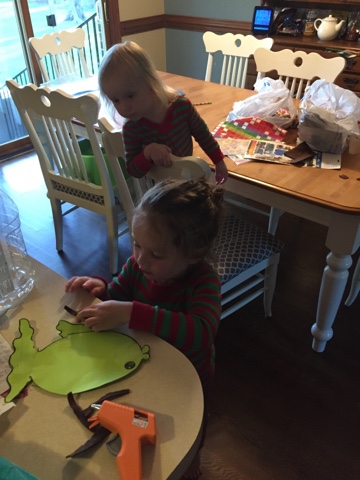 R had a minor freak out session when I told her she wasn't doing her homework the same night it came home - 'but all her friends would have it done!' Right.... 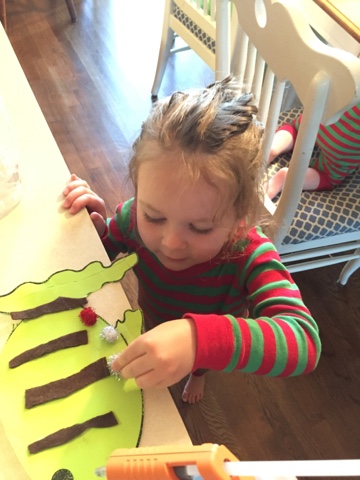 But we did end up doing it the following night because it was AHG night and E couldn't be jealous about the crafting and she wasn't there to put in her 25 millions cents on what she thought R should do and being EXTREMELY vocal about it. : ) 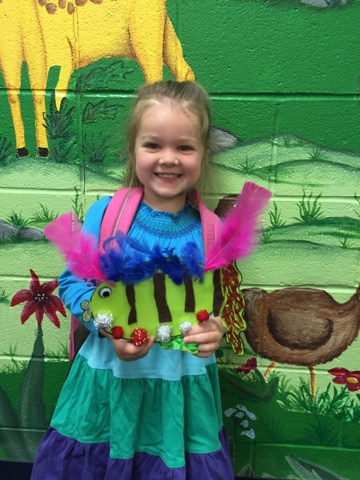 I think the fish looks a bit like a blowfish with the feathers on top. I think I might have heard R refer to it as her zebra fish so maybe that's what it is.

A's world is about to be rocked when pool season starts. 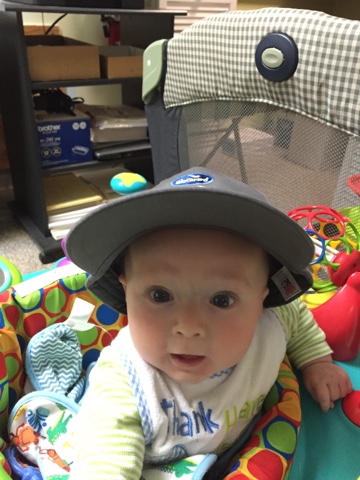 He's going to have to start loving being in the Beco carrier or else. Mutiny is not an option. 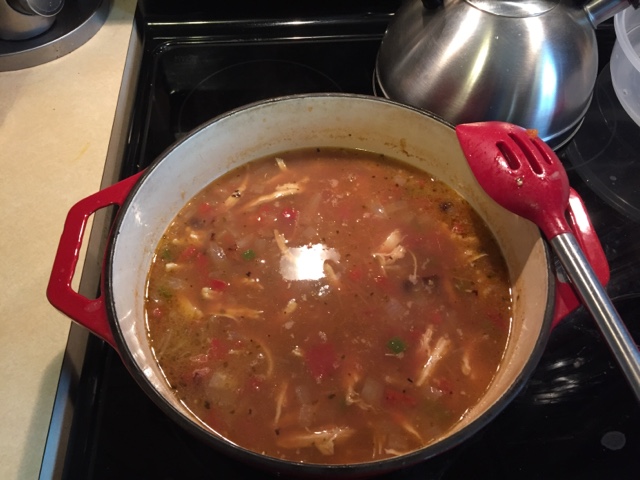 I already has the chicken cooked but I think it would have been more flavorful had it been cooked in the soup like the recipe said. If you think I pulled the chicken and then poured the soup over it (like the recipe says) then you don't know me that well. The lime and cilantro were KEY as was the cumin I added that reviewers of the repine said was missing. Oh yeah and toasting tortillas? Can we say tortilla chips?

I was pretty stinking proud of myself for cooking this because I followed the recipe and it worked. And everyone liked it and wanted seconds and thirds. The house smelled ha-mazing. I did this all while M had a potty accident. A was screaming like a crazy. Imagine what I could cook if I didn't have all those distractions.

Soccer season is in full swing. The (pink) Panthers are ready for action! We had our first game last Saturday. It was insanely windy and it was sleeting during a few minutes of the game - thank you NC weather for being completed crazy. 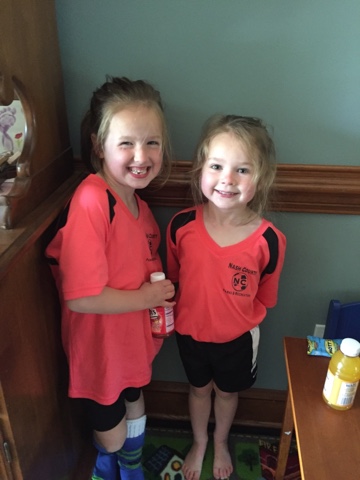 E and R did pretty well. I think E tallied a goal and R actually ran around which was a vast improvement from last season.

I think I failed to mention how we got to be the pink Panthers. I told them they could pick pink jerseys if there was a separate girls league again - which there was. Except the pink is more pinkish not a hot pink or pink-pink if you will so E decided no to pink. Then purple was taken and black was out of the question so there was teetering over white and silver and finally melon-ish pink won out. Seriously the amount of time and thought that went into the jersey color was excessive.

Oh and then the numbers. R is generally amicable to whatever number she ends up with. E has started with 2 back in the day and has worked her way up to wanting to be 6 or 7. She had her heart set on 6 this season and because of jersey sizes 6 was not an option.

Let's discuss the epic meltdown that occurred. Or let's not. Oh the overly emotional (and unacceptable) responses that my children have over the silliest things. Fortunately she didn't make good on her threat of not playing this season because she didn't get the number she wanted.

I could blame my lack of posts on this... 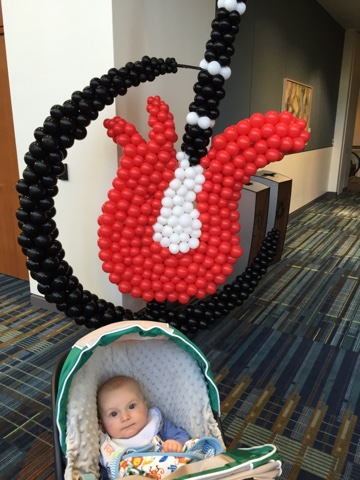 I ran in the Rock and Roll Raleigh half marathon last Sunday. 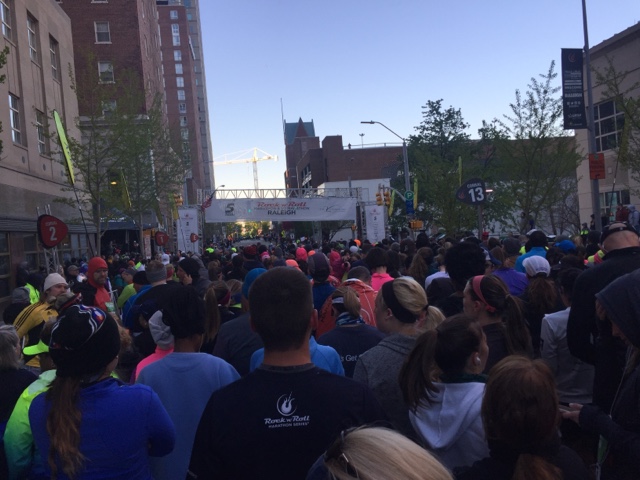 It was good. Not nearly as crowded as the inaugural race 2 years ago that I ran. I cannot decide if I want to squeak in another race before the summer heat. I pretty much need a race in mind in order to muster up the will power to go running. And while I knew that training for the R&R would help me kick all the baby weight - I am now within the single digits of getting to that pre-baby weight - which is kind of awesome.
at April 19, 2016