I had about .001% free space on my phone for the first part of the week so my pics are few and far between.

Sunday we had Lee's side of the family over for a cookout. It was great and the girls (plus boy) love seeing their cousins.

That being said, out back sliding door/screen door was opened and closed many many many times - which means that many, many, many flies made their way into the house. I am quite sure between Sunday night and Tuesday afternoon I had killed close to 20 flies. Not kidding.

Now I know why flies were one of the 10 plagues because man, they are annoying.

Speaking of bugs and plagues... 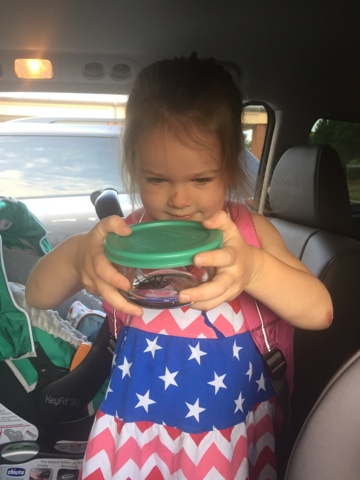 Okay guess what R brought for show and tell.

Take a look at the pic... really closely

Yes you are seeing that correctly.

Yes she wanted to bring a cockroach in for show and tell.

Fortunately the thing was dead and had been dead for at least a day before we found it on Wednesday morning in our chapel. E and R found it and M almost stepped on it because she was oblivious to the gross factor. I played it cool - like it's dead. Who wants to bring it for show and tell this week? Okay now let's get it to the trash ASAP.

Except, R said she was bringing it for show and tell. And I thought maybe she'd forget about it or be convinced that bringing a cockroach would be way gross. Maybe I should have had her put it in the container and then she wouldn't have taken it.

Anyhow, she insisted. I was totally grossed out but glad she was being fearless about bugs. I felt a little bad for her teachers but they were given fair warning. And apparently there are worse things you can bring for show and tell than dead bugs... like articles of your mom's clothing.

This week I was out of the van for a few days - except this time I was driving a brand new Odyssey. There was a recall on a cylinder and it was misfiring and it actually sounds like I know what the problem was but I don't other than the check engine light and the little light with the car and the tire tracks was on. And I was pretty sure my car was going to explode at any given moment because that's what cars do when the check engine light is on, right?

They fixed the van up before there was an serious problemos but driving a different van when I live out of my mine is interesting. Check books? Diapers? Coats? Soccer cleats?

So I had to pick and choose what to take in the loaner. I packed up a nice box and took A and M's carseats and threw in backless boosters for E and R in the third row.

Here is my observation. Even with backless boosters in the third row, it would be a tight squeeze to get three across because the seatbelt clips get covered by the booster.

Not that'll be needing to seat another person in the van as far as I know but seriously, 'the next one' has already been mentioned to be at least 5 times this week.

Stay tuned for any announcements in that regard because we've got nothing to announce as of now.

This weather makes me want to let the kids stay out and play forever and ever. So I try and stretch their afternoon outside time as long as possible. Which means that I might just read stories at the dinner table before soccer practice. 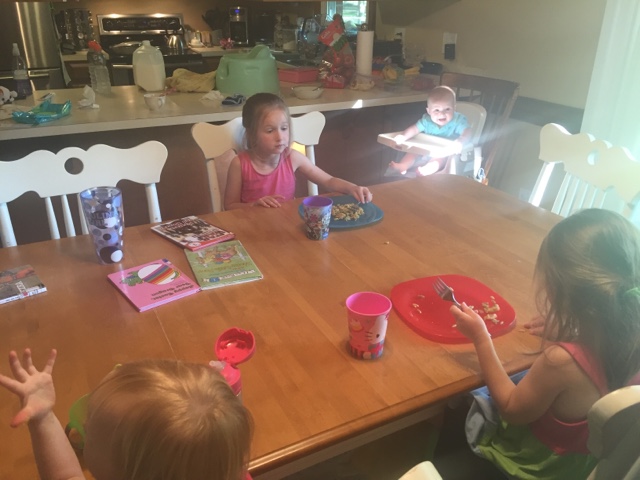 Oh and I was feeding A bananas as this was going on too and Papa was mowing the grass and we made it through practice without much ado. Then Papa had to leave for a work appointment and then R face planted on the sideWALK while RUNNING to the water fountain.

Surprisingly she wasn't too worse for the wear. She's a tough one for sure.

Last week my #5 was dedicated to dinner so this week it will too... 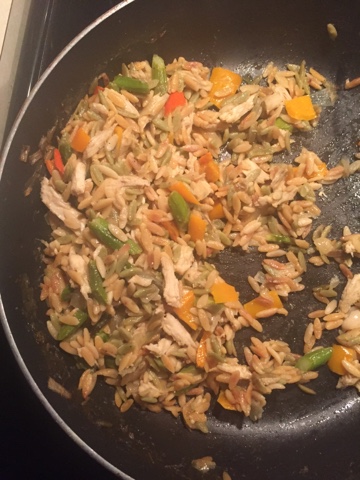 I've been trying to get just a little bit better at meal prep because summertime is coming at us faster than a freight train. I was supposed to make Chicken Orzo on Tuesday BUT silly me forgot to take the chicken out of the freezer before work.

Wednesday was my day. I mean Dinner was cooked BEFORE 6 am. And I have 2 bags of cooked and pulled chicken in the freezer ready for a future two dinners.

So why was Wednesday so productive?

Monday and Tuesday we were late for school. Not bad but still it stressed me and E out when we are late. So I decided I need to get up early again - now that A is 6 months old - and get myself with the program.

I was reading the Bible each morning and having some coffee time to myself. But recently I haven't been getting up early enough so mornings have been a frenzy of rush-rush-rush-rush-rush to go-go-go-go.

I started putting my phone in a spot where I would have to get up and turn it off and you know what - that makes a huge difference in waking up. Also I instituted a firm 6:30 wake up call for my people who take a leisurely 30 minutes to eat breakfast. Apparently my father-in-law was a slow eater so maybe that's where they get it from.

So by the time 6:30 rolls around I have had some 'me' time plus I've got a least a cup of coffee down and maybe even lunches packed. I still have not figured out how to get all the dishes in the dishwasher and the table wiped off because the rush between 7:10-7:20 is still intense just not as frantic. Plus E hasn't been able to find a CLEAN pair of socks since Tuesday so just added layers of stuff that pop up and make getting out the door just that more fun.

So I'll leave you with some happy pics... 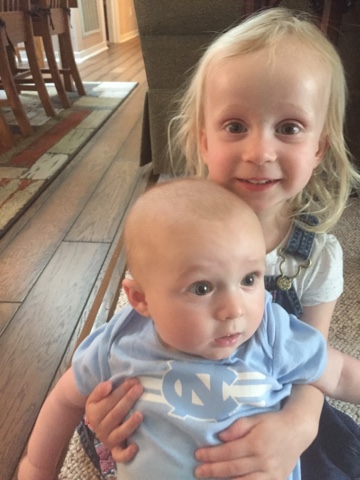 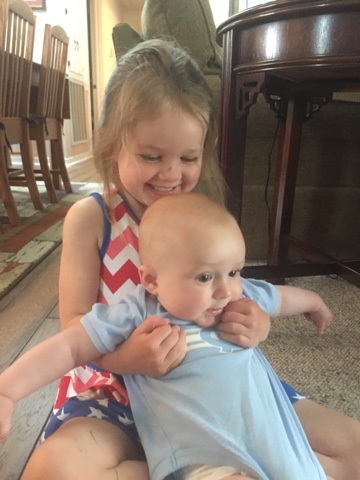 Email ThisBlogThis!Share to TwitterShare to FacebookShare to Pinterest
Labels: food, how we survive, Hurricane Kibbe, life with kids, quick takes, things i think