This actually from last week...

R finally finished the elusive pre-K workbook she's been working on since the summer... 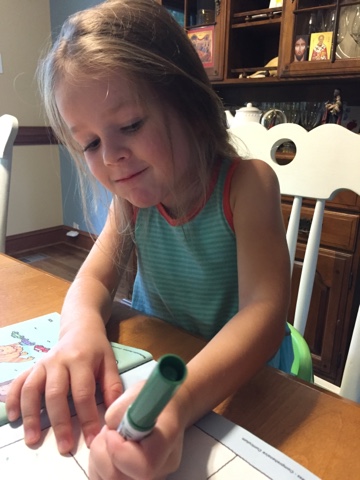 It has not been all smiles... 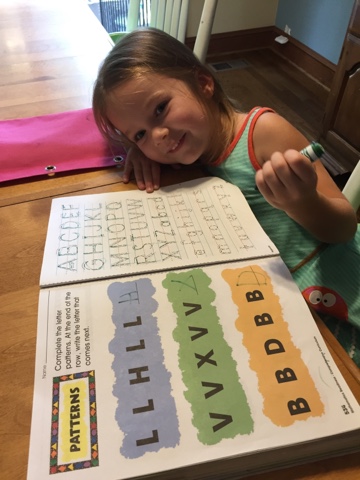 She's not overly motivated so it took awhile but she traded that baby in for: 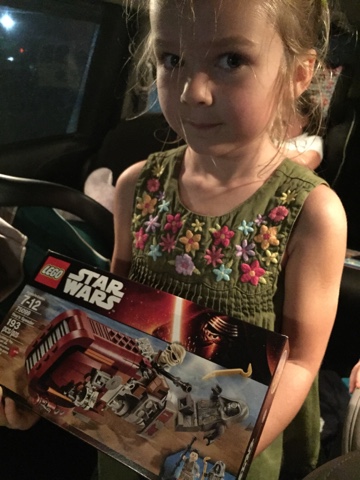 Trying his hand at homemade pizza... 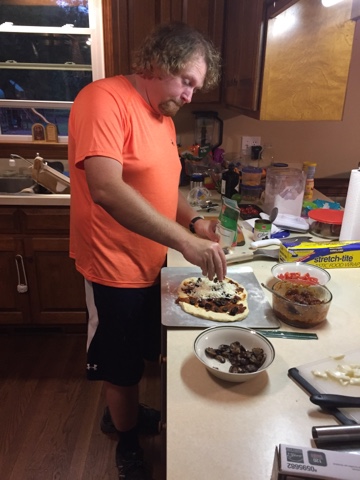 Everyone got their own with toppings ranging from olives to mushrooms to tomatoes. 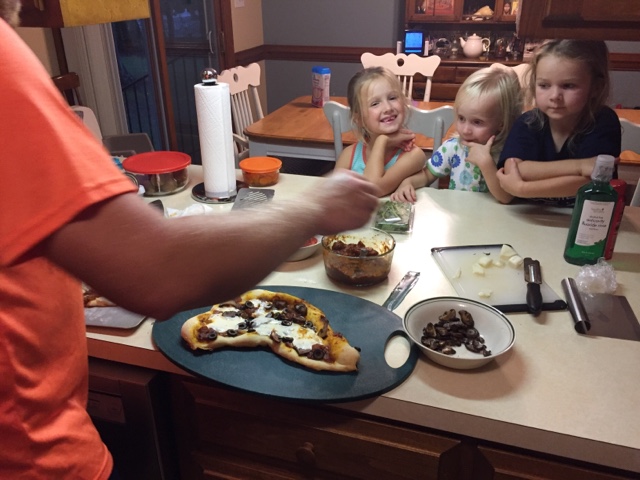 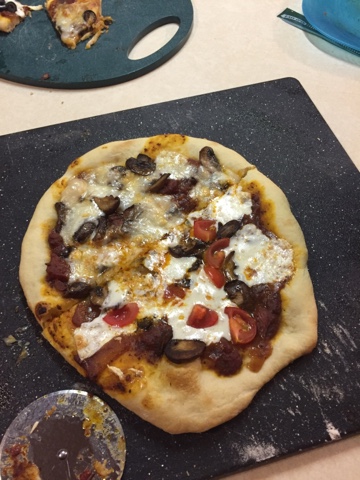 I think this might have been before pizza... We went to the opening of a new domestic violence center. 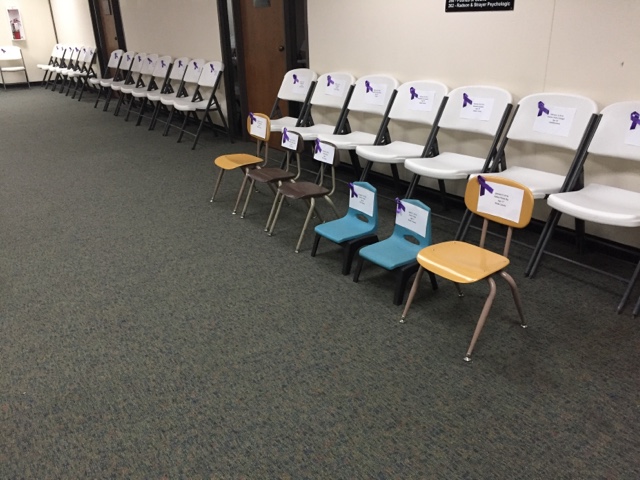 Try explaining 6 empty chairs representing the 6 minors who had been killed THIS YEAR in NC because of domestic violence, to a 6 yr old. There was a 2 yr old. There were 40+ chairs for the adults  who have been killed. There are no words. 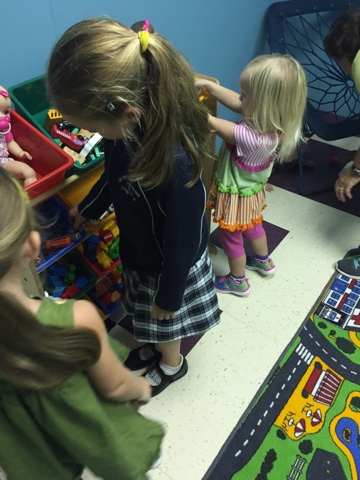 The new center has a children's room which is Kibbe tested and approved. 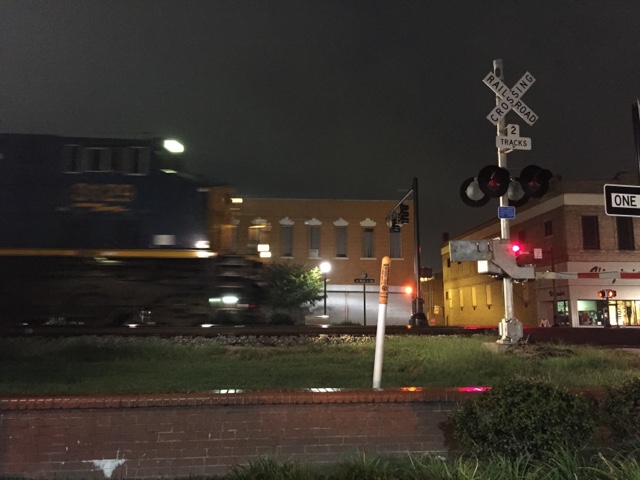 On the way out we had to cross the tracks (aka the county line) and got caught for 11+ minutes by a lovely freight train.

Here's the Wildlife news from one afternoon... 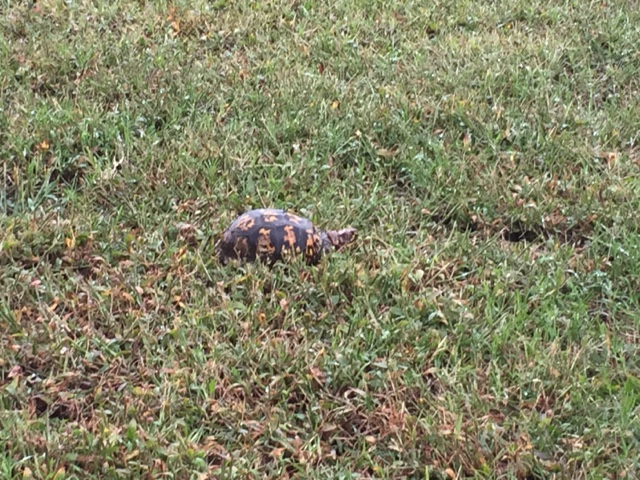 So there was this turtle crossing the road and I stopped and grabbed it and took it home and then took it to pick up E and then 25 million kids petted the turtle and E was freaked out (of course).

Then we let him go in the back yard and the next morning he was back in the front yard...

Injuries of the week... 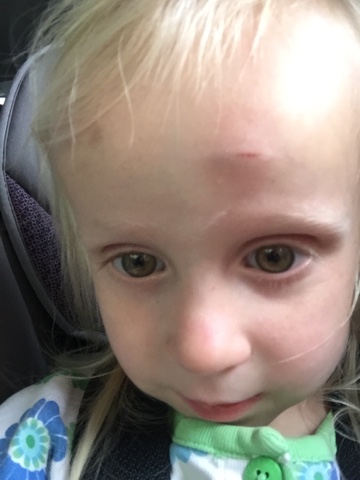 Holding onto the counter and bouncing up and down is a terrible idea... 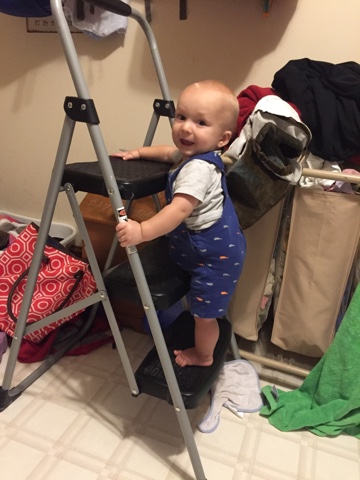 M got to go to a princess birthday party... 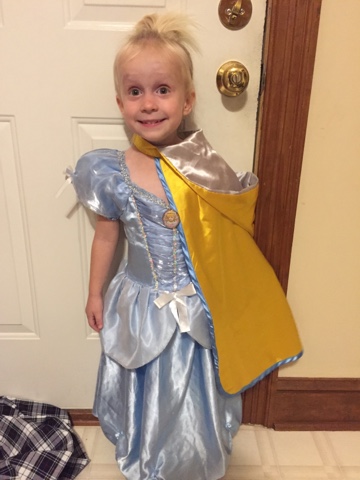 And this was Matthew... 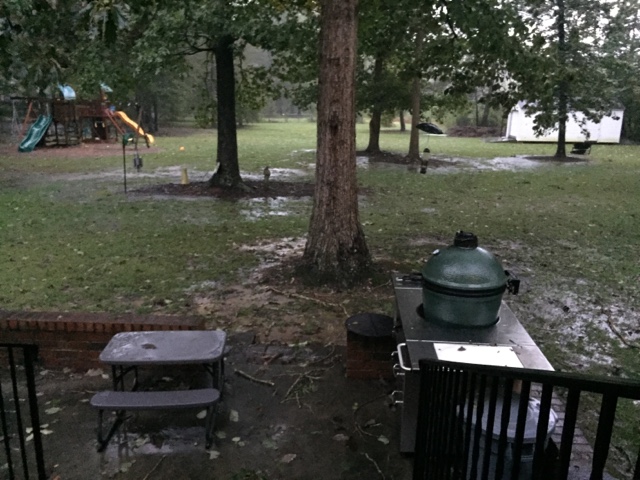 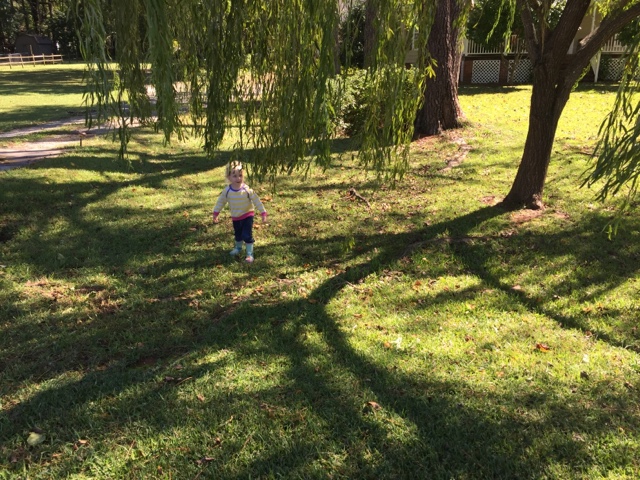 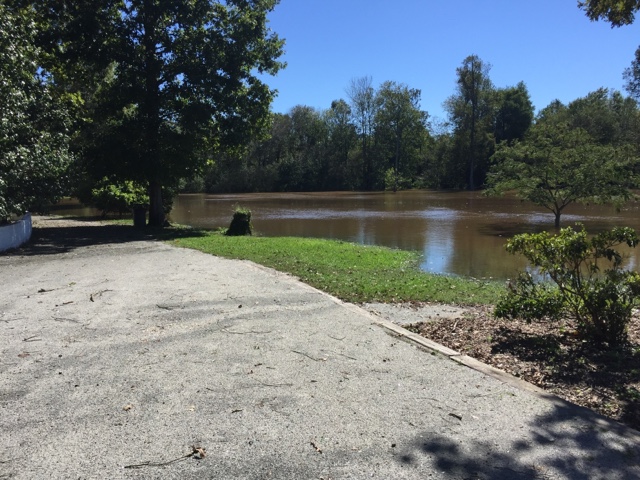 This was our neighbors backyard that flooded during Floyd. The water was 20 ft from the house... #swamplife 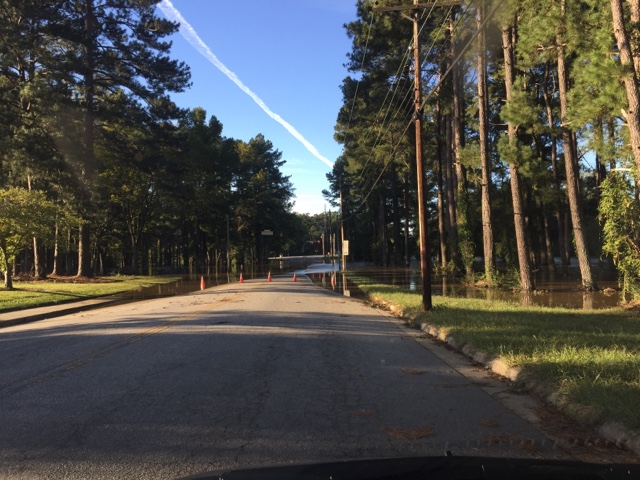 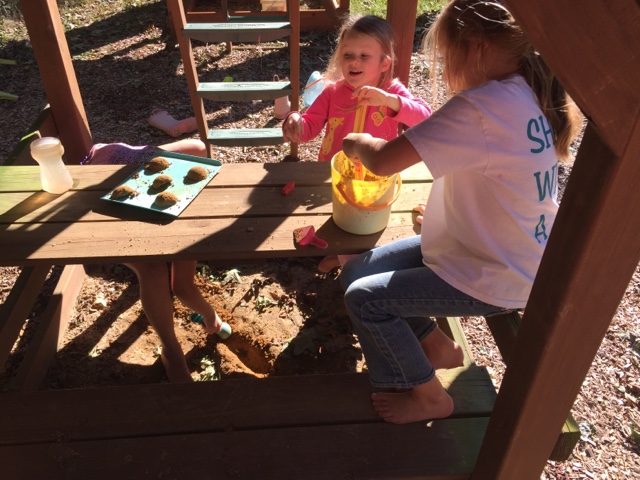 But the weather was really nice 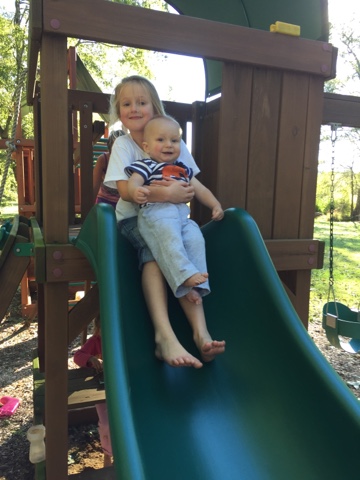 And I cannot decide who enjoyed this more E or A :  )

And I would be remiss without mentioning the need for prayers for those who lost their homes in Matthew. It was really bad for a lot of people.
at October 21, 2016

Email ThisBlogThis!Share to TwitterShare to FacebookShare to Pinterest
Labels: baby brother, how we survive, Hurricane Kibbe, life with kids, outside with the kiddos, preschooler, quick takes