Maybe I'll actually get caught up. 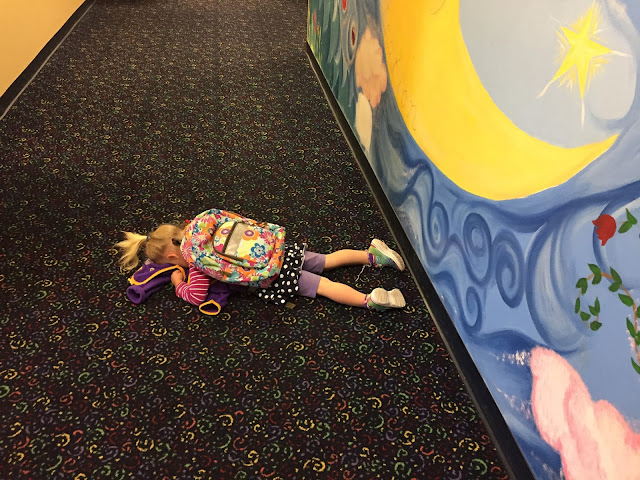 You just need to sprawl out on the floor and be mad?

And other days you just need to wear a cape around... 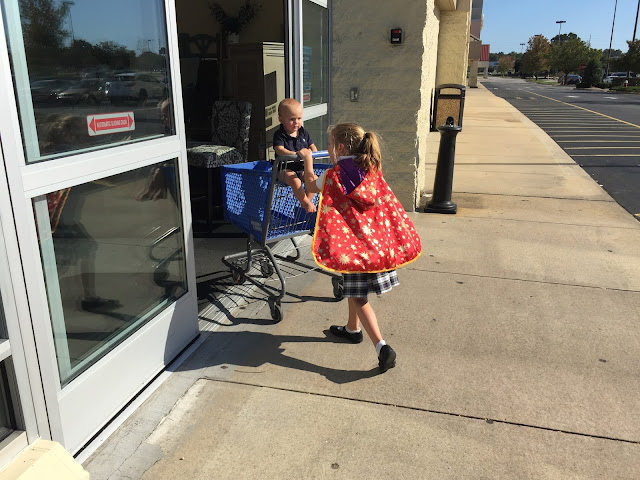 She didn't even think anything of it : ) 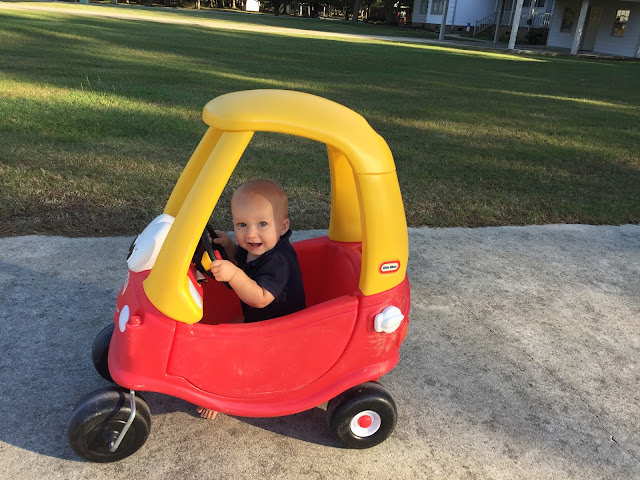 He loves the car 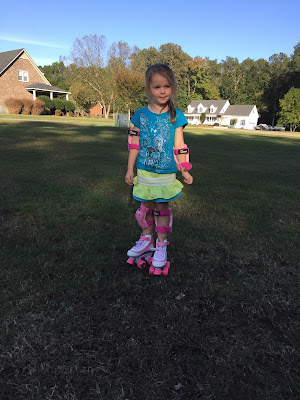 Went through the trouble of getting all that on 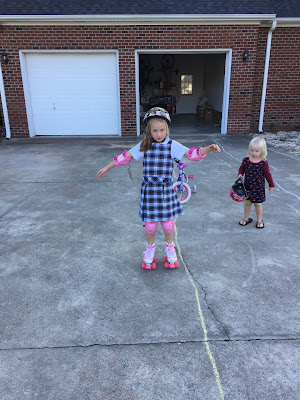 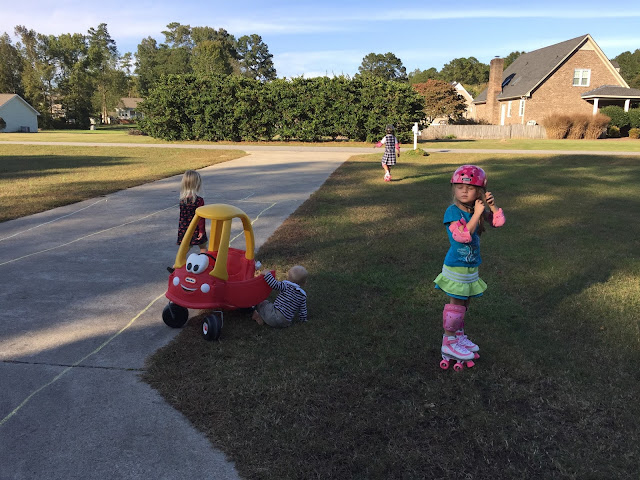 Overall it was a success! 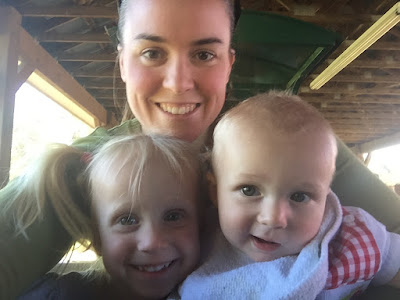 It was loads of fun 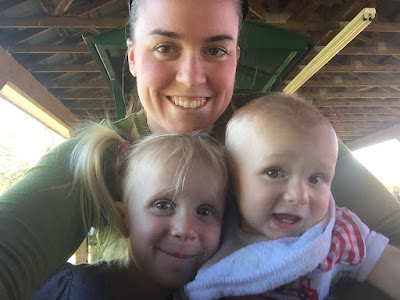 And everyone had a great time 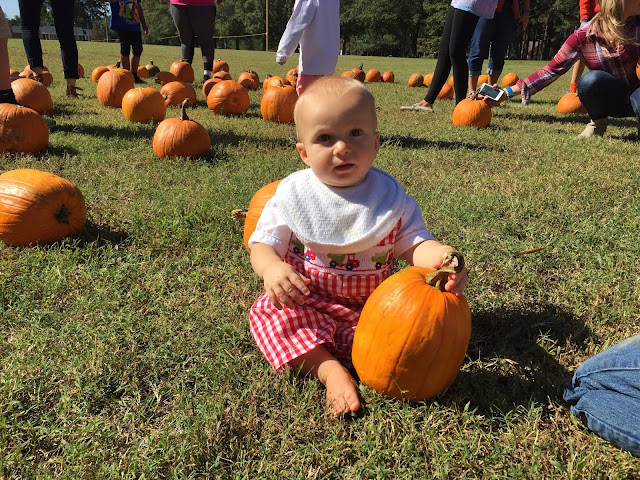 The girls there but they were going 100 miles a minute. A liked to roam free through the pumpkins 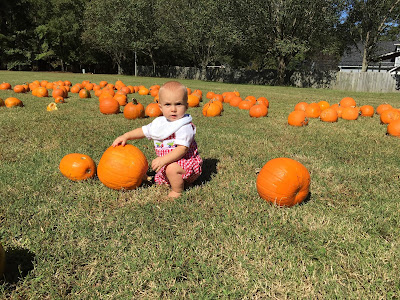 The only complaint was that we had to leave when the party was over instead of going back to the fun inside farm. I was going out of town for a day and needed to get organized and there was a certain bat project to finish... Basically I ruined it ALL for E but ce la vi... Next time we won't go at all!

Also, E had been at a swim meet the day before... When we were debating on going in the first place, for some BIZARRE  reason I thought it would be okay to load everyone up and drive 2 (except it was 2.25) hours and watch E swim for about 3 minutes total. But fortunately I came to my senses and realized that would be a TERRIBLE idea so we made a last minute change of plan (for the smarter) and Papa took E. 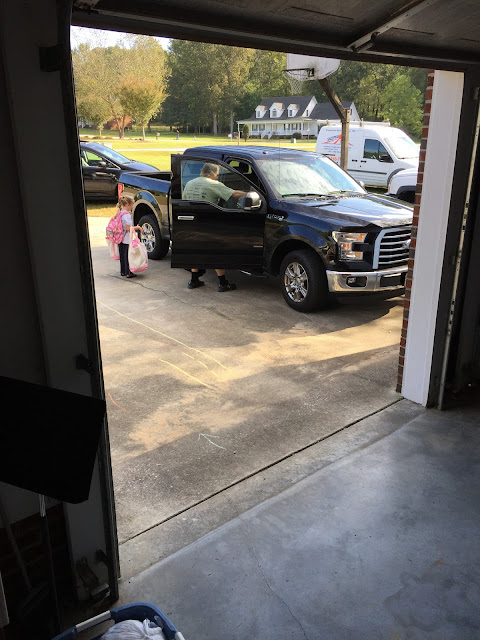 I was sad not to see her swim (or get any pics! - but he timed so I guess that is okay).

But I held down the fort with these people: 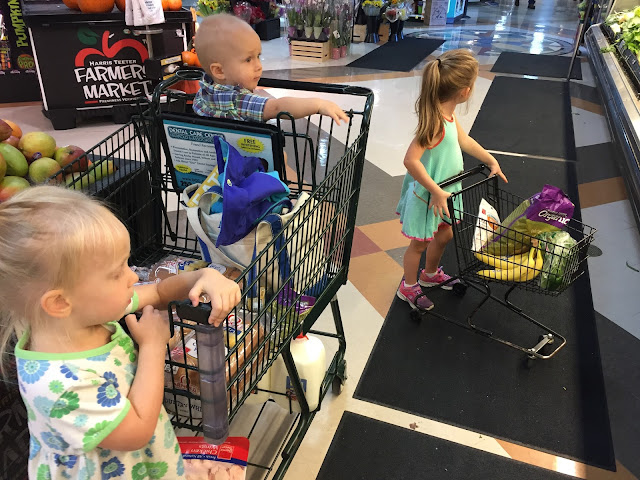 Shopping with three is way easier than shopping with four. I just took all of them after Mass today and it was not something I'd like to do anytime soon. 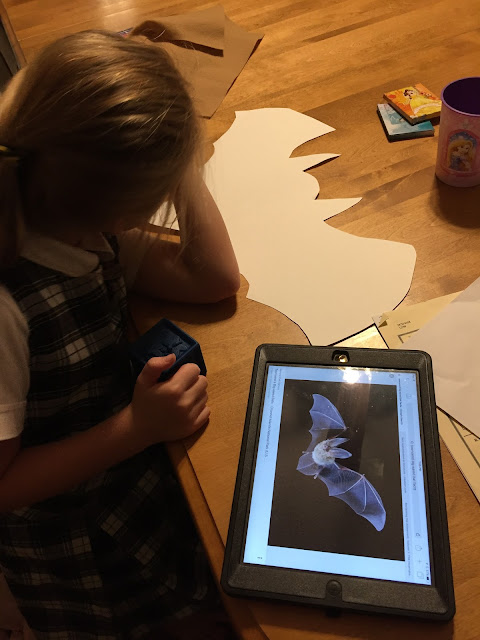 A Townsend's big eared big that is 3 inches long with an 11 inch wingspan. E measured the cutout that came home from school and it wasn't symmetrical or 3 inches and she was totally prepared to do some surgery to it but I nixed that. 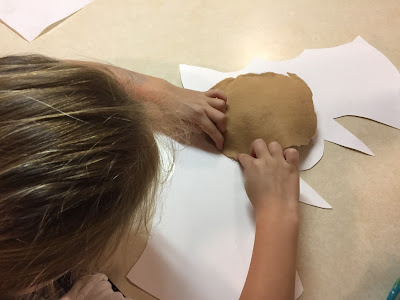 Only way to glue felt is with a glue gun 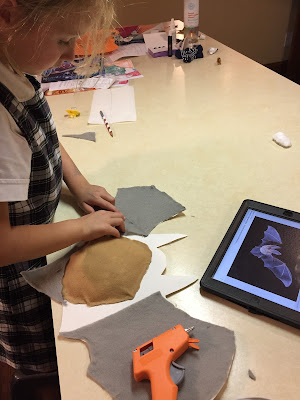 I was the glue gun shooter so E had to press the felt down and had a few glue marks to prove it. 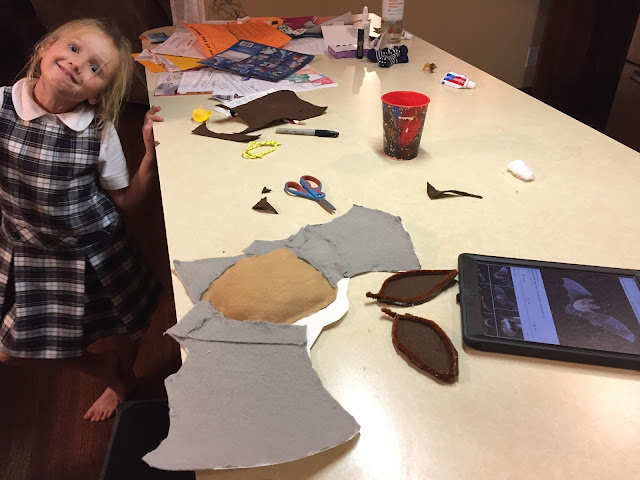 She did decide that the ears on her cutout were too small for a BIG EARRED bat so I let her doctor up those appendages. The girl LOVES pipe cleaners. She hoards them in her desk. I think St. Nicholas might just bring her a pack this year. After 1.5 hours of crafting I called it a night 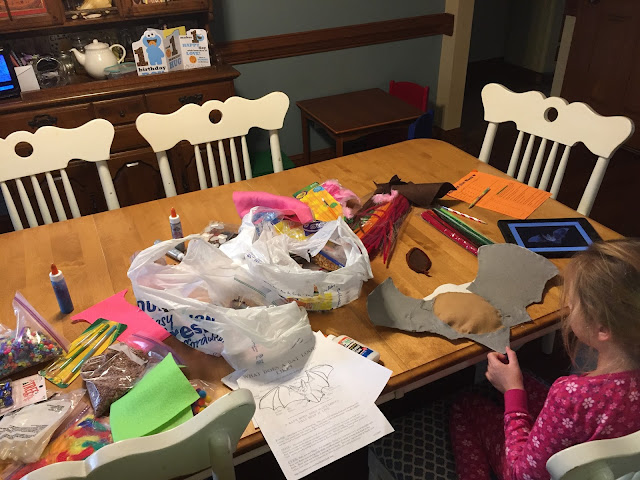 Then we were back for more after a better attitude from the birthday party departure. 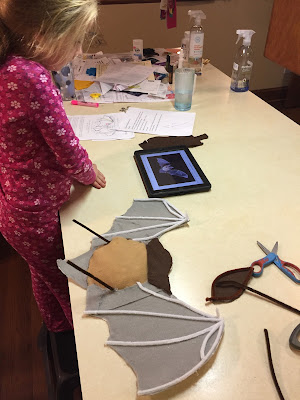 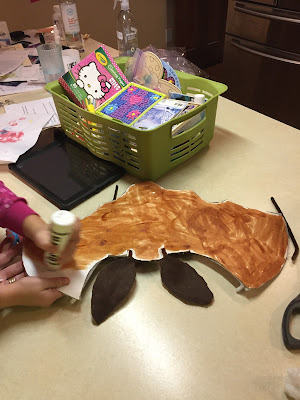 I rounded up some brown paint for the back 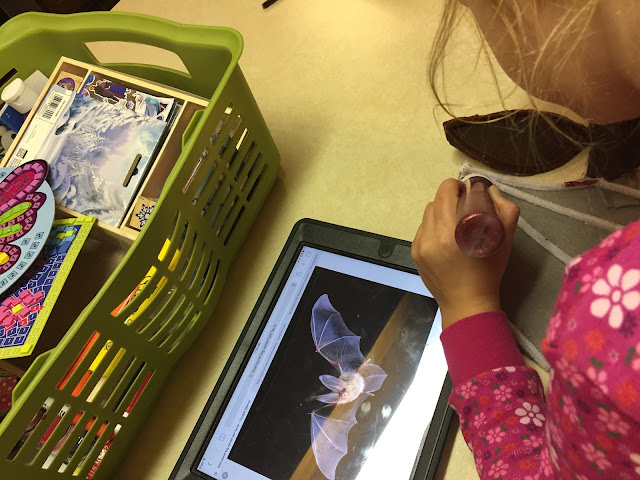 And no project would be complete without glitter glue so E put some 'blood' around the bones because the pic online did look noticeably red in the fingers. 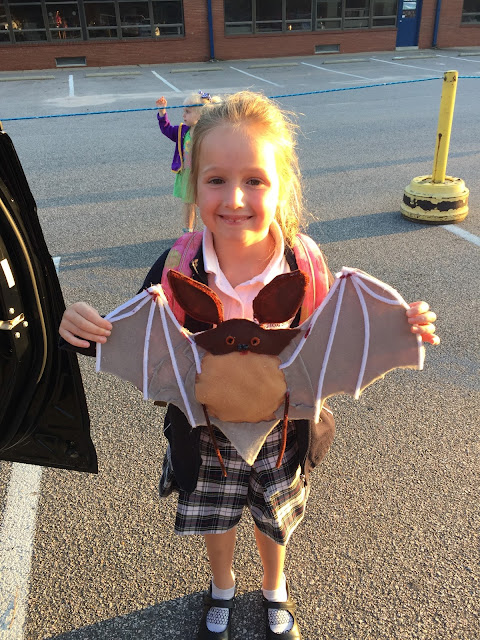 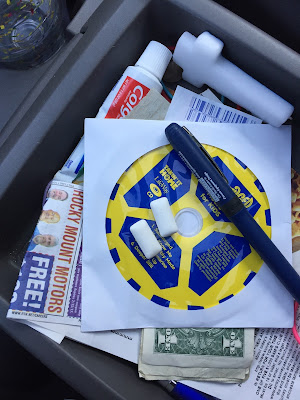 Lee left me these after dinner before M's soccer game. It's the little things... He loves me : ) 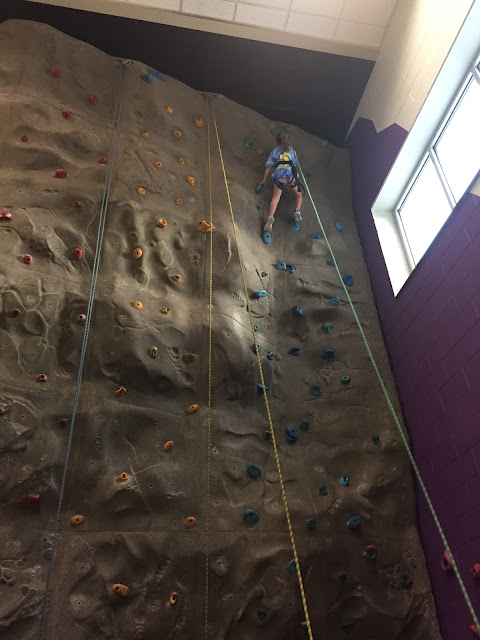 E made it to the top of the rock wall!

Passing on my love of hoodies to E... #winning