Linking up with Kelly for the first time in forever! I'll try and catch up a bit on what the last few weeks of Advent looked like...

A very brave and gracious friend invited us over for gingerbread house decorating... 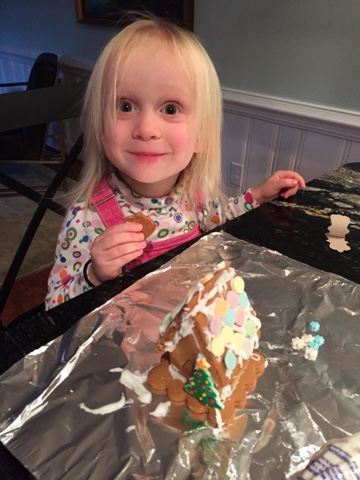 M's was the only one out of our girls that did not collapse... 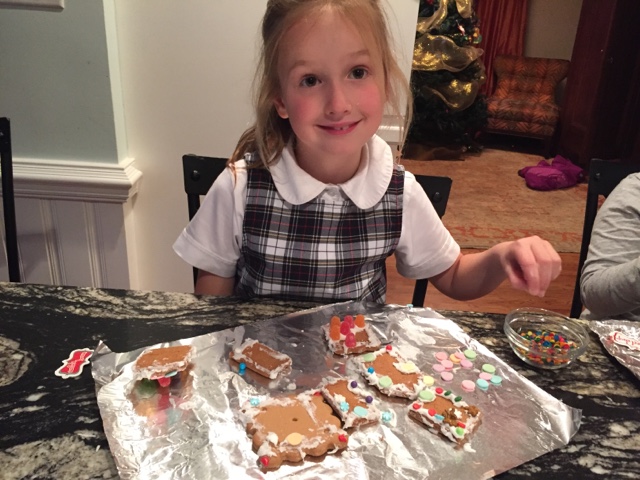 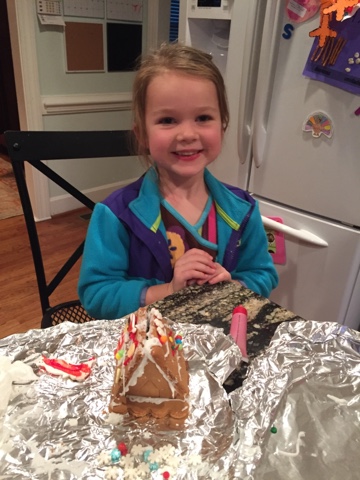 As much frosting/glue as I put on R's you'd think her's wouldn't have caved but it did.

A got some good floor scraps and learned all about taking off ornaments from the tree from M's classmate. It was funny and good that he hasn't tried that here (yet) 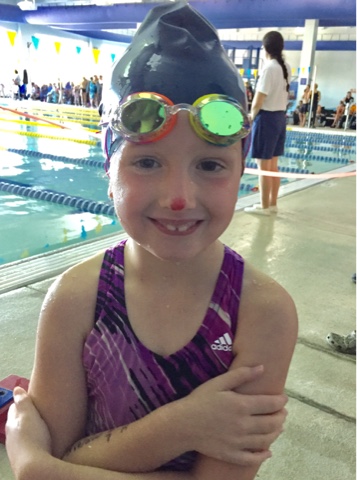 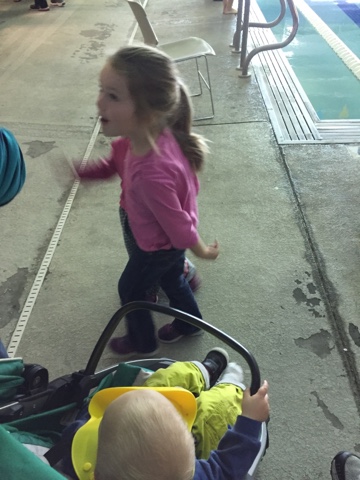 A was perched in the stroller for most of the two days... Thank goodness for that bib because I could slip some food in there and let him eat at his own (non-stop) pace

One of my not-really-but-kinda Advent activities is getting the kids to help with teacher gift making... 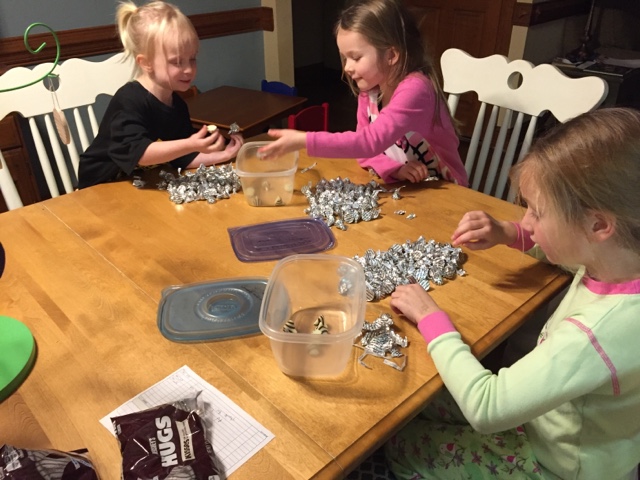 45 minutes and 6 bags of Hugs later... and none were eaten because teeth had been brushed and I'm just a super meany mama like that 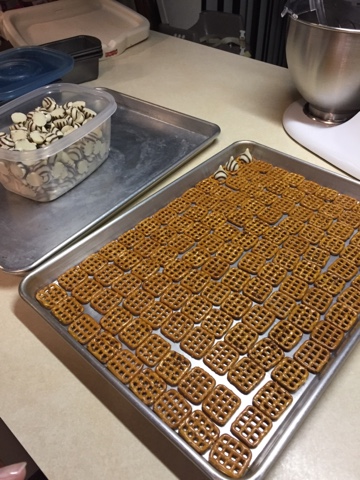 I started doing these way too late in the morning (as in 5:20) and it was just crazy. I thought I was going to faint standing over the warm pans (thanks bebe #5), then I had to flash freeze them so I could get them off the tray and in the frig because it was a Thursday and I was going to be gone all day and I didn't want them frostbiten because I think about stuff like that!

Next year, start earlier or do it in the evening when I'm not pregnant and have some energy and maybe even E can help with the pretzel/Hug set up? 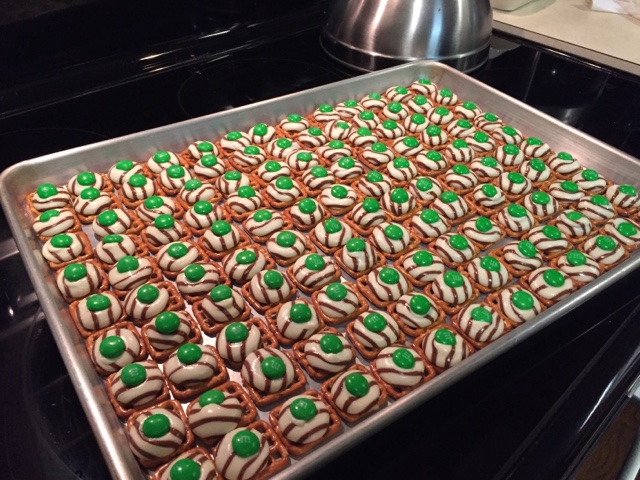 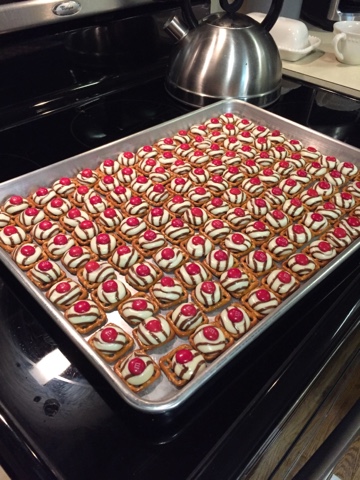 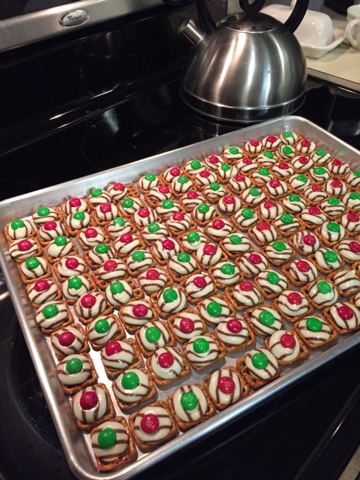 On the same day as the pretzel making morning I was driving for a field trip... 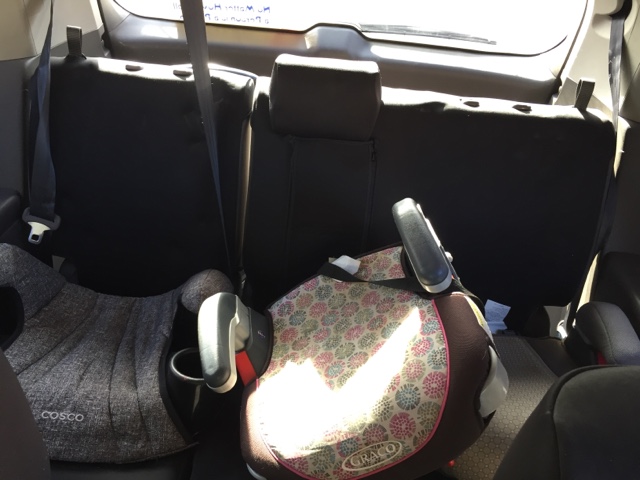 Three boosters across the 3rd row... I had 4 different brands too! No dice. So that's when I decided to convince Lee we needed a conversion van. He was onboard. Then I got to looking and was excited and then I started freaking out about the gas mileage. 11 in the city and 14 on the highway? Down from high teens in the city and low 20s on the highway??? Plus the minivan is worth more to us then what we could sell it for sooooooo.... I am torn. A diesel would be great but there are ZERO to be found used. More space would be great but could we eeek it out for another child in the mini.

Now I'm leaning toward the Clek Fllo seats across the back for the girls (because Diono and I aren't friends) and spending $1000 on carseats - that I can return if I hate, because new carseats are cheaper than a van. I'm thinking that's the more responsible thing to try and we can always put up cardboard blinders if people need personal space?

Let's see... One Saturday M was under the weather and I figured a trip to the doctor was in order... 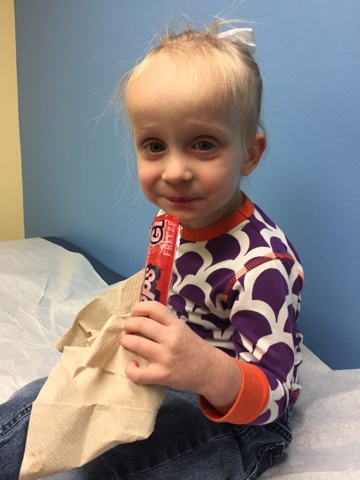 I thought she might have pink eye or something but low and behold a throat infection (thank the Lord it was not strep!) which explained her gross smelling breathe for the 2 previous days - seriously it was terrible. 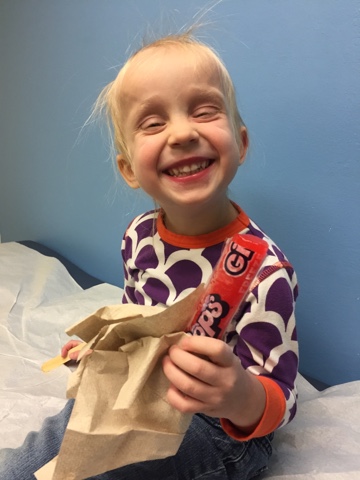 She was thrilled to get a popsicle and was not too much worse for the wear. We stopped at McDs (mostly gag but for a milkshake and Egg McMuffin - #judgeme) after we got the Rxs. 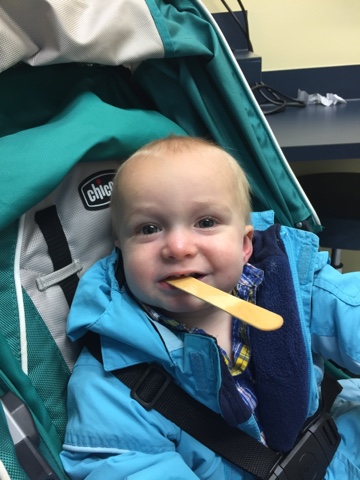 Poor A was stuck with a tongue depressor and an ear infection sooooo.... we were batting 2 for 2 on doctor visits

The week before Christmas M and R has their Christmas program 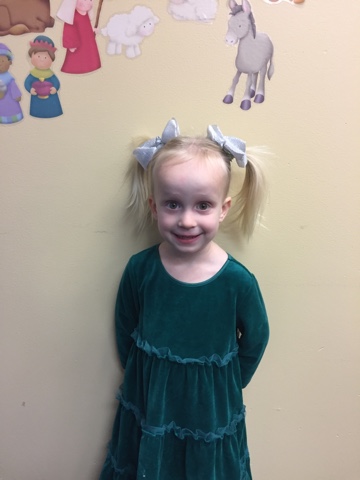 The 2s are always cute 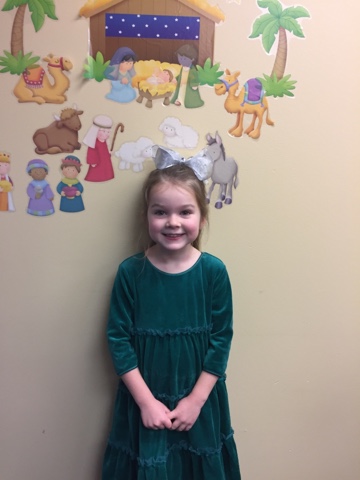 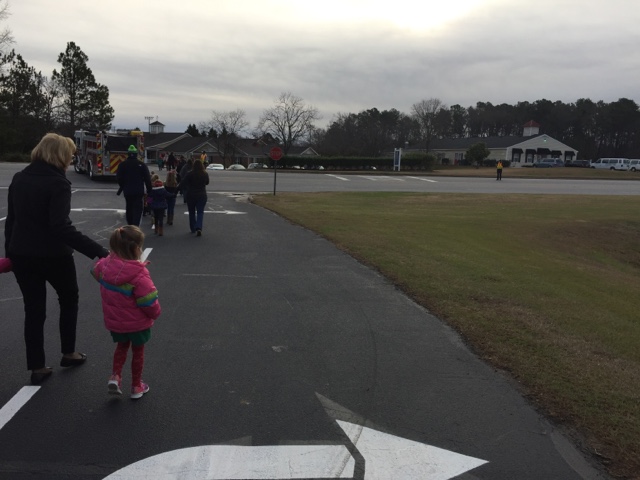 The next day R's class went to the nursing home across the street and sung Christmas songs and the fire department stopped traffic for us. E and M and A trekked along as kind of an Advent thing... 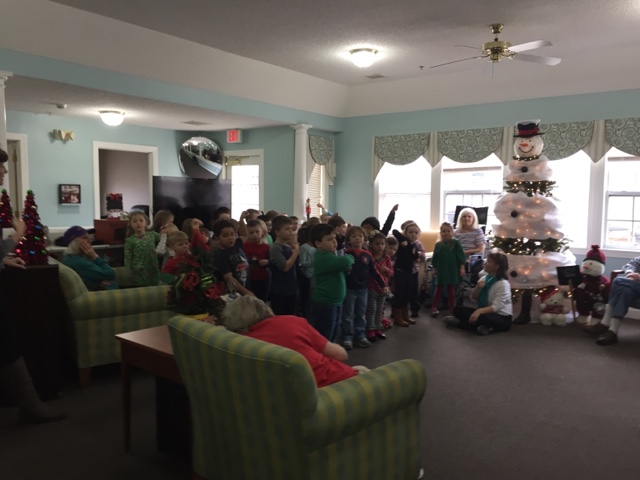 They did a great job!

And now for a bit of randomness... 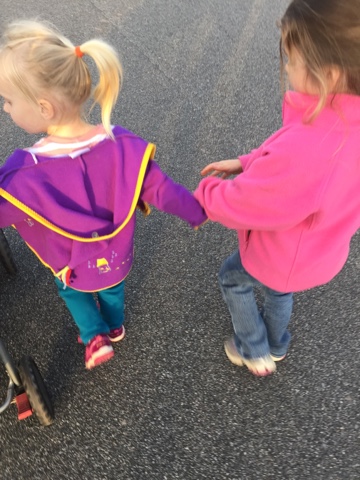 They are so cute together 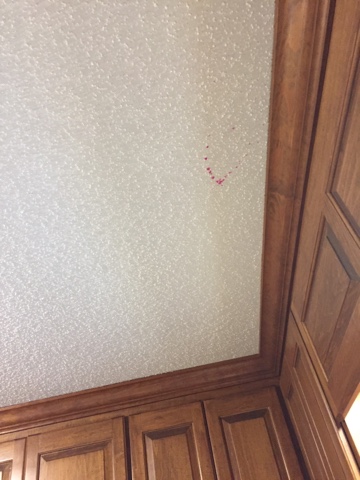 Lee gave the green light to an art kit E came home with and promptly shut that down when the paint made it all the way to the ceiling... I told him he should have know better! 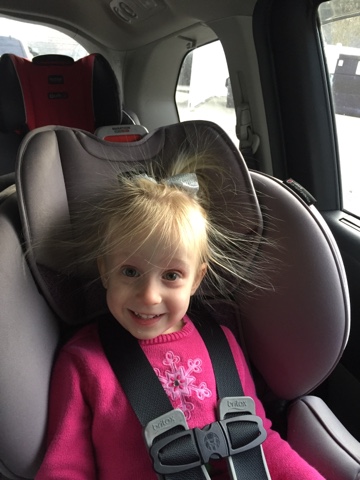 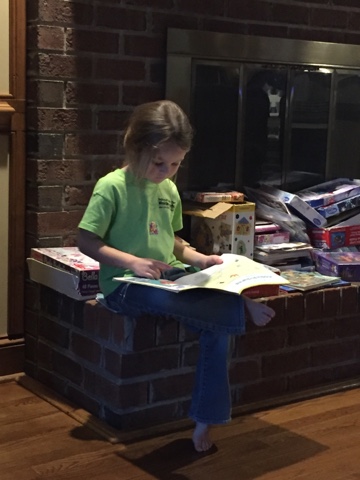 I think she's ready to start Teach Your Child to Read in 100 Lessons... I need to find a plush Rey doll but I'm having about zero luck. I think she'd enjoy having Rey read with us so maybe we'll start without her and once I find it she can join us 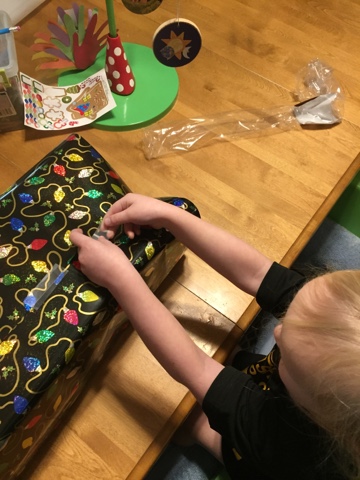 We finished out our Advent activity with exchanging names and picking out presents... E had R (again!), R had M, M picked A and A had E. They drew the names - I didn't plan that. Anyhow, it was cute watching them pick stuff out for their siblings and trying to picking something that fell within their budget. R isn't the best secret keeper but I think M was surprised by her Lego set.
at January 02, 2017