January 16, 2017
Last week the weather (folks) were talking about snow, snow snow. Possibly to the tune of 6-9 inches. Well boundaries and sleet lines were all over the place and we ended up with ice and snow but we were snowed in from Saturday to Tuesday... I didn't hear a final snow total but I would guess to the tune of 2ish inches on top of ice. 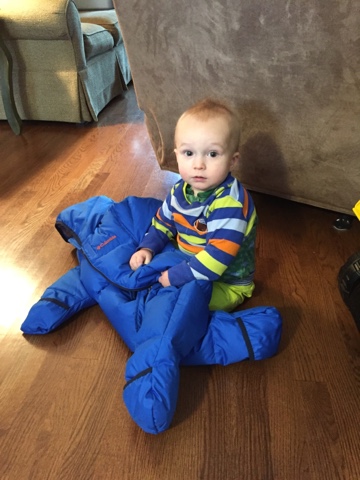 A was the last to get dressed and he almost seemed to know he was getting left out of the fun! 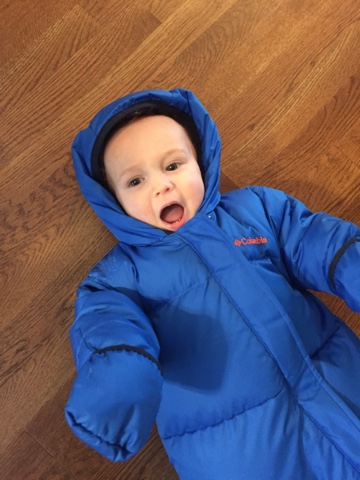 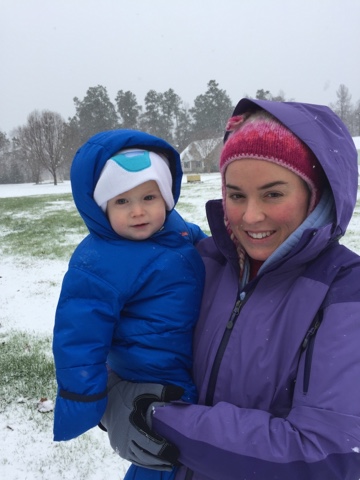 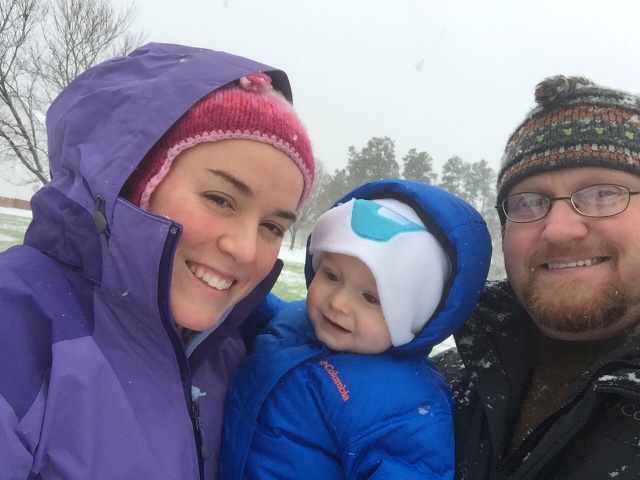 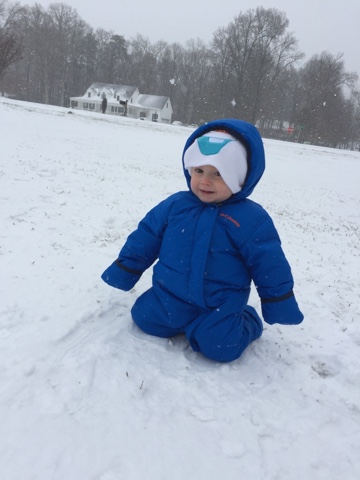 A was super impressed! 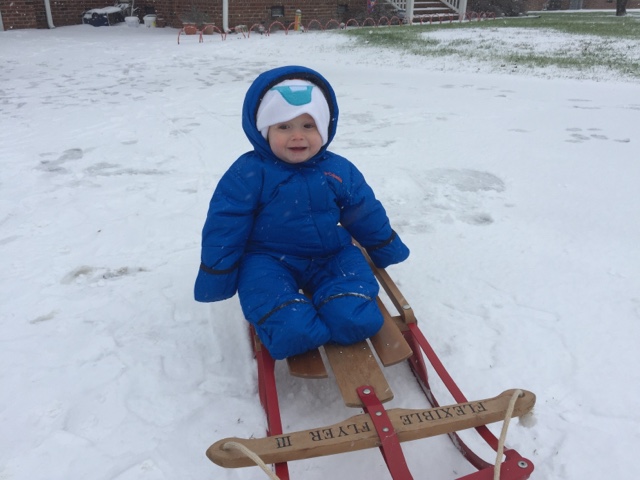 First sled ride! He thought it was great! 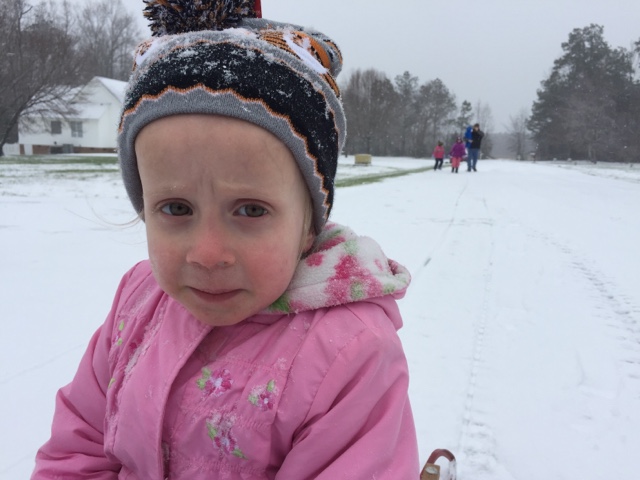 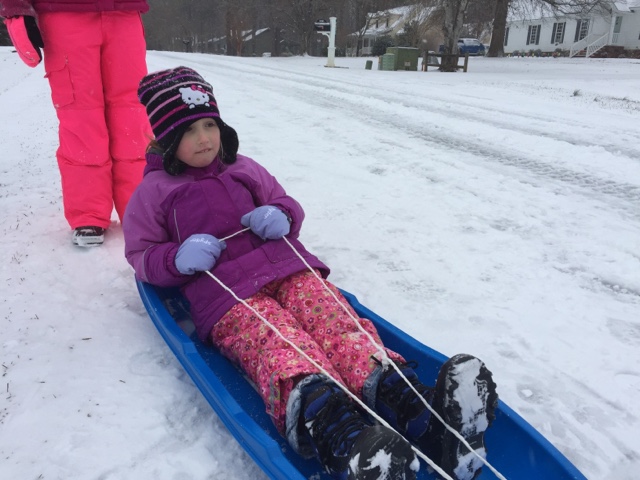 I found 2 pairs of snow boots at a consignment shop at the end of last season and they were an excellent buy and the girls had warm, dry feet! 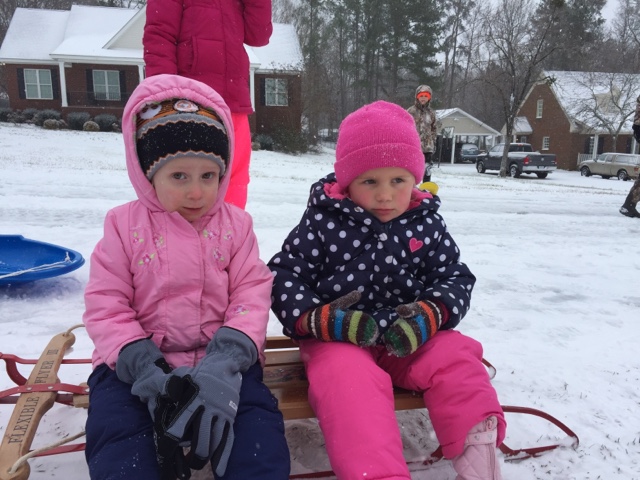 Obligatory friend pic... I promise they are friends : ) 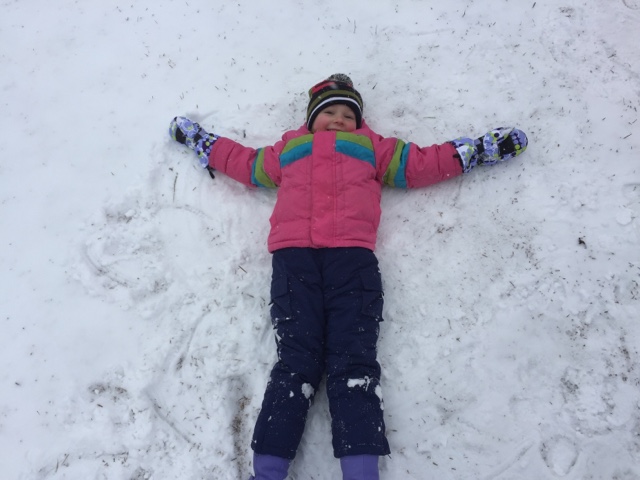 R had a big time and wasn't a huge sledding fan 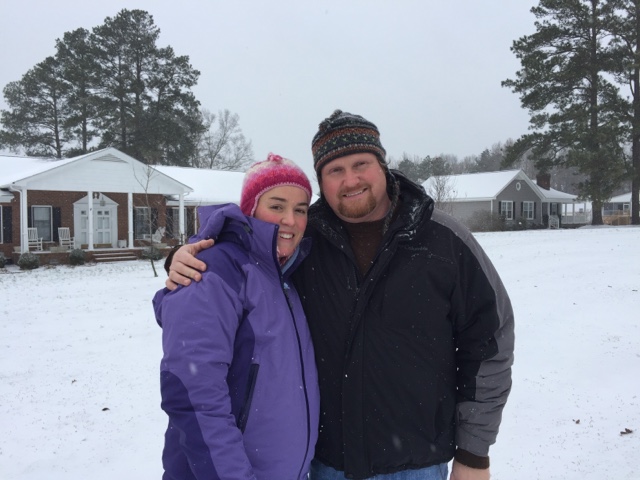 I had on three layers plus a baby bump and I was still FREEZING! 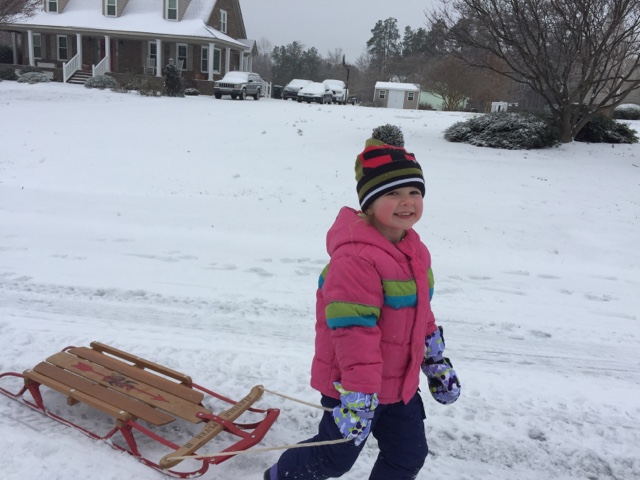 We rode together down the hill on a sled I got for Christmas ages ago! 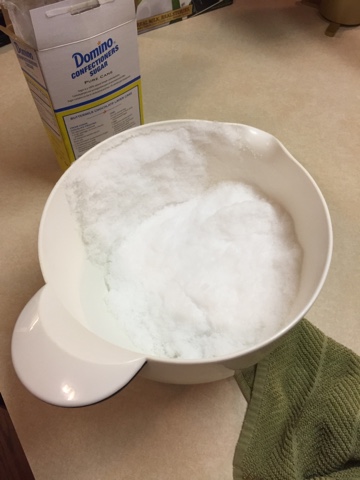 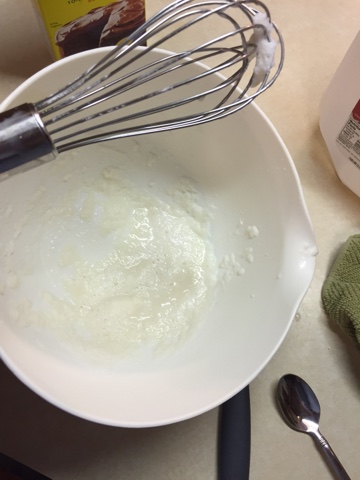 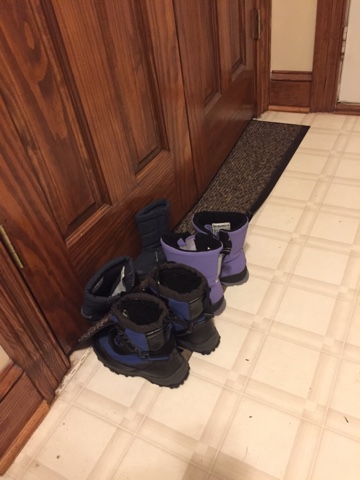 Then there's all the behind the scenes work of snow days that you don't experience as a kid... 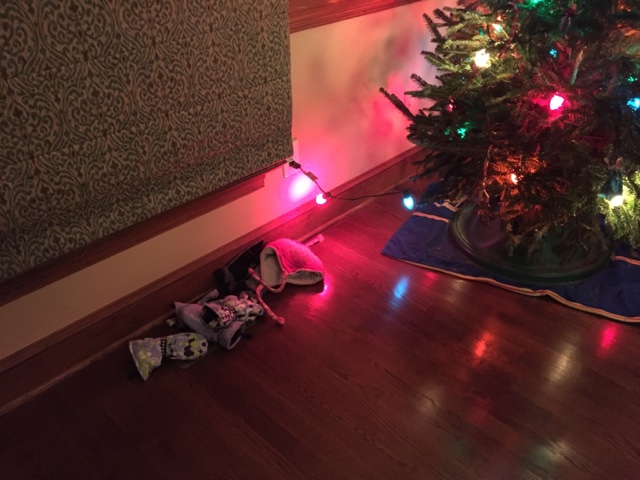 everything has to be taken from the icy, cold pile in the garage and warmed and dried and made ready for the next day of play 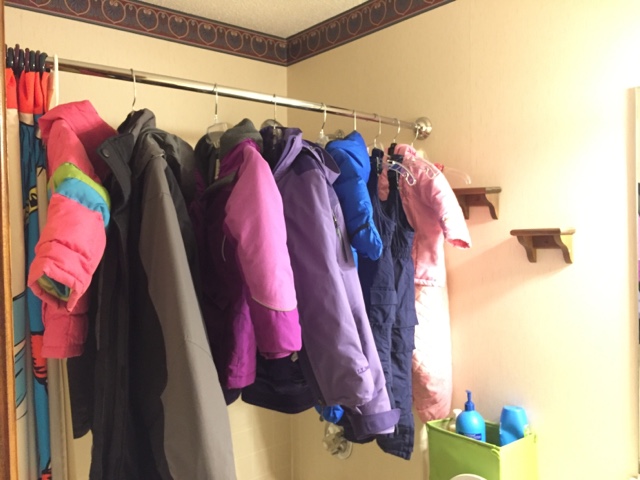 I wo-manned the laundry and Lee manned the kitchen. He cooked a pot of chili on Saturday and a bunch of spaghetti sauce the next. 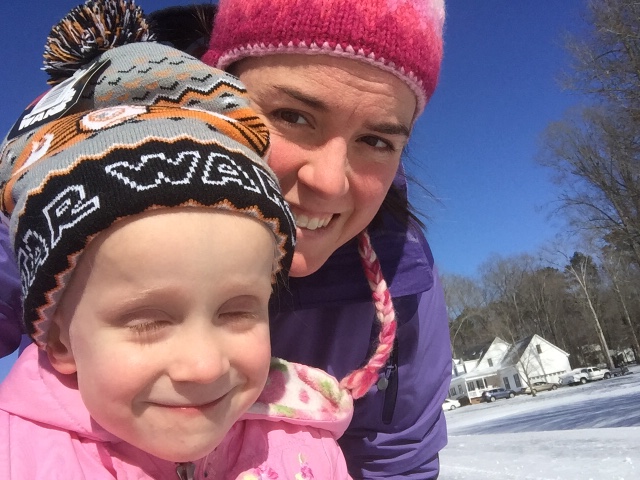 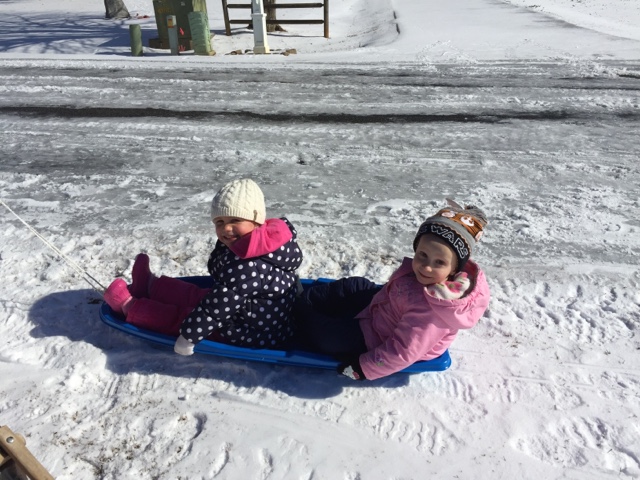 See they are friends! 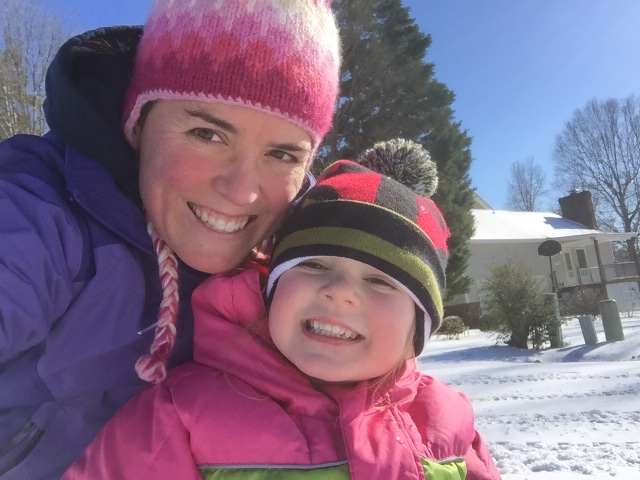 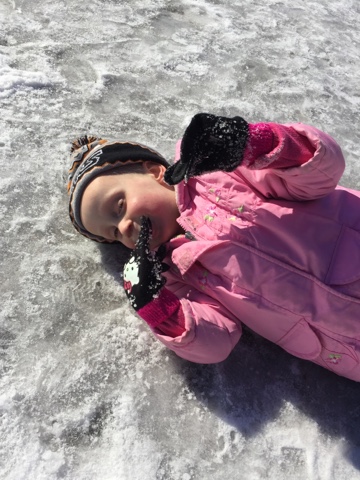 M was content with just lounging in the snow and ice 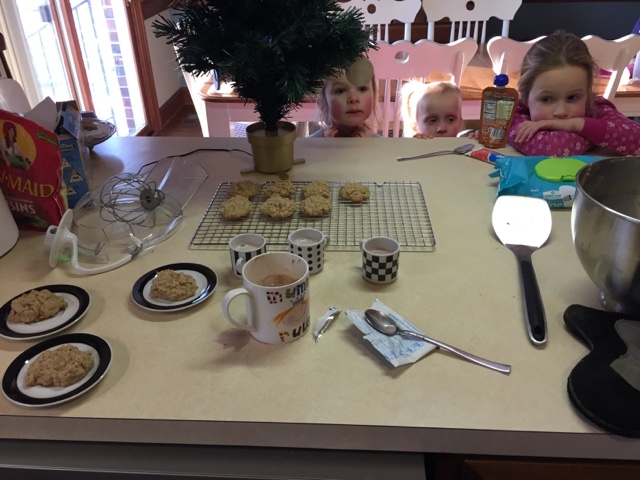 Papa also made oatmeal and oatmeal raisin cookies for everyone to go with hot chocolate... which was awesome!

There was a third day of snowness but the sledding was far from good and I was on day 3 of undiagnosed strep throat so my level of wanting to be outside was pretty low.

We only suited up the kids once each day. If you are out you are out, if you are in you are in. No potty breaks, snack breaks or anything. If you are cold go inside. The first day I made 3 trips back and forth from the neighbors taking cold little girls home (E snuck into the neighbors house so she lasted way longer than the others on the first day). A didn't go out day 2 or 3. M stayed out way longer than I would have expected on day 2 and appreciated the 2nd pair of cotton gloves I had for her on day three.

Overall, A+ snow experience. Next time I could go for more snow but only if it is 75 degrees 5 days later - like it was this time!
outside with the kiddos snow day things i think