Thoughts on our Fall Activities 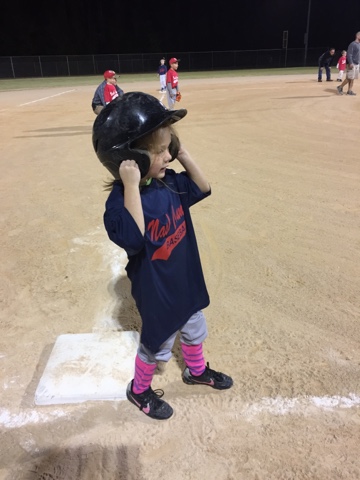 Three kids. Three different fall activities. Here's how we got there:

August rolled around and it was time to pick fall activities. R wanted to do swimming - a carry over from the summer. Well unfortunately for her she still was not at the point of swimming the length of the pool by herself which meant it would be swim lessons for her instead of swim team. Definitely on the more expensive side (not as much as dance) so I pulled a veto on that (though she and M are/will do swim lessons this winter). R wanted nothing to do with soccer : ( (for me) so tee ball it was.

Since R didn't want to do soccer, I asked M if she wanted to and got a resounding YES. Even though she wasn't quite 3 they bend the rules a little if you volunteer to coach! Three yr old soccer is super easy compared to the older ages because games and practices are on the same night and practice is pretty much limited to 20-25 minutes courtesy of a 3 yr olds attention span!

Well E took over where R left off with swimming. E was torn between soccer and swimming and ultimately wanted to do swimming - which Lee and I wouldn't commit to without some serious thought. There was much more at stake for us because it would require a lot more money each month and with that we believe going to practice only once a week was crazy so she really needed to go at least twice (if not 3 times) a week to get our monies worth. Plus it was a 9 month long commitment versus a 2.5-3 month long commitment. 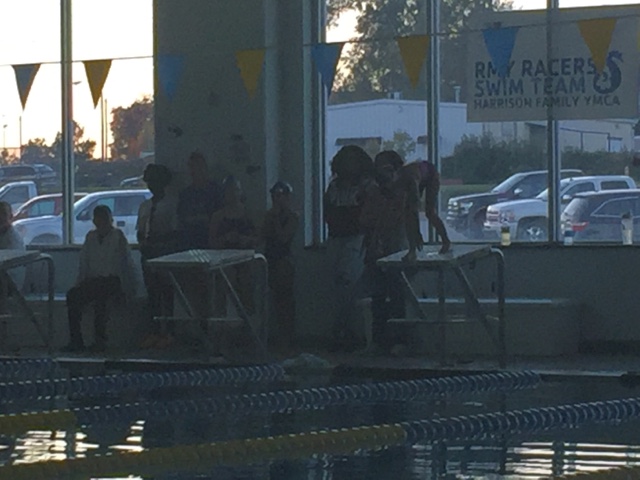 Thank you windows for creating impossible picture taking... (I spy a KibbeMobile)

Are we crazy for letting our kids go in a three million different directions?

Maybe. But we really found a great rhythm for our family during the fall months that required us parents to be more disciplined about family dinners and being prepared for them and it required some give and take on the kids part - which is a good lifeskill to learn. 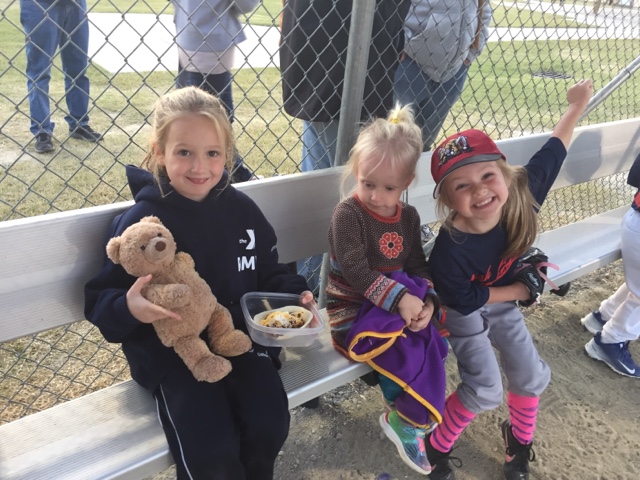 E has dinner at one of R's tee ball games (after her swim practice)... I have no idea the circumstances past that but let's be flexible people! 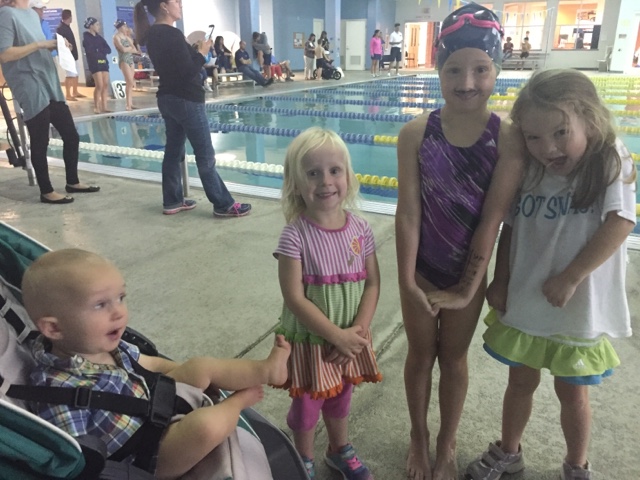 The littles were troopers with swim season... This was at a Friday night fun meet and they waited for Papa to get home from work to take them home for pizza and bed. E and I have had some excellent conversations about sacrificing our time and not whining about it.

How did the scheduled shake out? 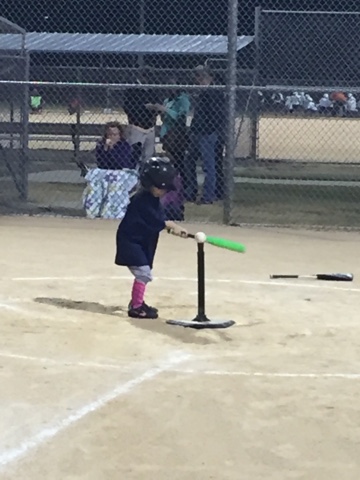 Friday
4:30 - E swim practice - IF SHE WANTED TO. We'd hit the playground if everyone went

Saturday
NO GAMES - THIS WAS AWESOME
E has a swim meet about every month - which are completely optional. We went to the ones locally and Lee took her to a few that were about 1.5 hours away just because she wanted to and we are still feeling out what swimming is all about. 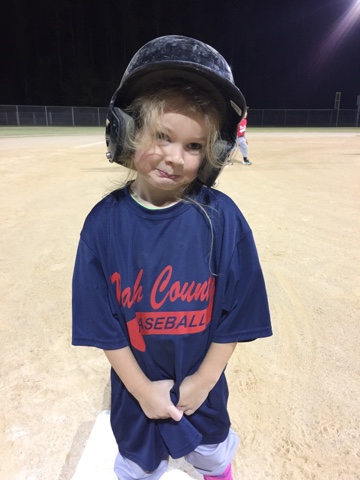 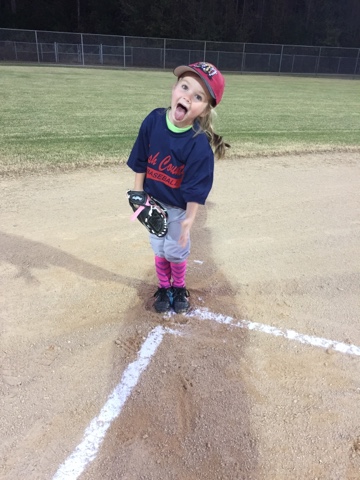 Swimming - I love the practice time for swimming and the flexibility of being able to go to practice whenever we can make it. There is practice at 4:30 every day so we go when we can but we always know it is available. Also, I've been able to go swimming when Lee says home with the others - this is great because the high school teams have taken over the pool in the morning - not really but who wants to share a lane? : ) The biggest downside of swimming is that it is so far away - okay only about 12 minutes but traipsing in and out with a small pack of children requires extra time and parking and actually walking in. Swimming requires us to leave at least 20 minutes before practice - which doesn't always happen. Also I like 4:30 because it gets us home to eat dinner by 6 HOWEVER it gives E less than an hour once she is home from school to decompress and eat snack and do homework. Some afternoons she'd rather stay home and play outside and I really try and respect that and realize she is 6 and she needs to play. She likes going to the meets and isn't afraid to do some over the harder races - she loves 100 IM but the poor child gets DQed every time BUT she likes it so whatever. 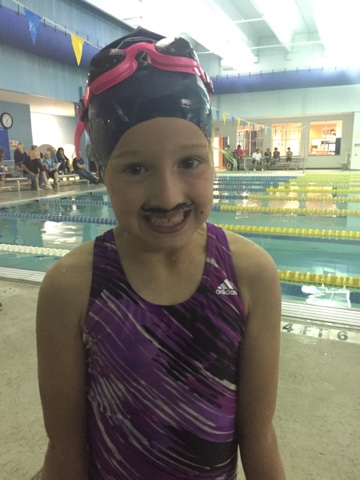 Tee ball - Somehow I got voted into helping coach at a practice I didn't go to?!?!?! I guess that's what you get when you know the head coach : ) Actually that didn't require too much so it wasn't bad. R seemed to enjoy tee ball even though she had never played before. She's a lefty but I might be a little convinced she should hit righty so that was confusing. I did find the store's only pink lefty glove the day before practice so that was a win. She wasn't terribly interested in practicing throwing and hitting at home - which is pretty typical for her. I think R learned a lot and played with a lot of dirt and enjoyed herself so I think it will be tee ball again in the spring. Tee ball worked well for us because it was 4 minutes from the house (just like soccer) so getting to practice was very very doable. I think tee ball is tough for 3-6 yr olds because there isn't always a lot of action that involved everyone at the same time. The one ball is being hit by the one batter and the ball goes near one - maybe two kids. That's the nature of the game so that's not changing. I stood in the outfield many innings talking to the kids about the ball that was about to be hit and the dirt and paint on the ground and the color of the bat the batter was using. It was fun/ny. In terms of logistics with the kids and the games it was doable somehow... There was one game that A hung out with me for an inning or two and M was usually a good sport about sitting on the bench or with other parent. 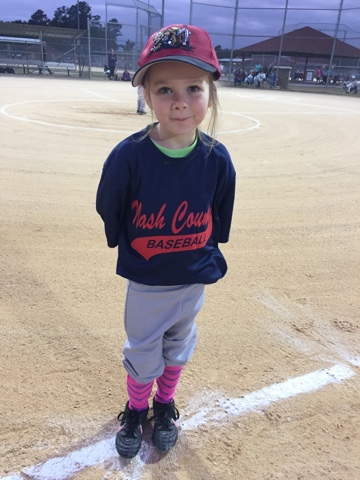 Soccer - 3 yr old soccer is just funny to watch. Half the time the kids are not into it; there is usually at least one kid crying either on the field or on the side line - that's just the nature of it. Soccer was easy. M seemed to catch on pretty quick. There was the usual not wanting to share and not wanting to participate but that is pretty normal for all the kids at some point. She did score a goal - or two actually. She got the biggest cheer when she did. It was awesome and she managed to accomplish something that eluded E for 3 seasons and continues to elude R. She was definitely the smallest one out there so she's got time. She keeps on asking if its 'soccer time' so she's ready for the spring. In terms of coaching and handling the other kids, it wasn't terrible. It required water for everyone which I learned after the first or second week AND telling them where it was. The playground wasn't too far away but I wasn't crazy about E and R going there by themselves - mostly for R's sake. Papa was stuck with A and A is a crazy so... it was rough for him. But it's 3 yr old soccer so if you have a baby attached to your hip there's nothing too out of the ordinary. 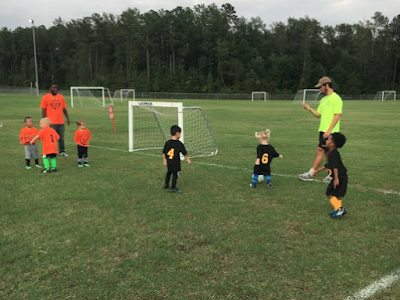 We will see what the spring holds for our crazy crew! 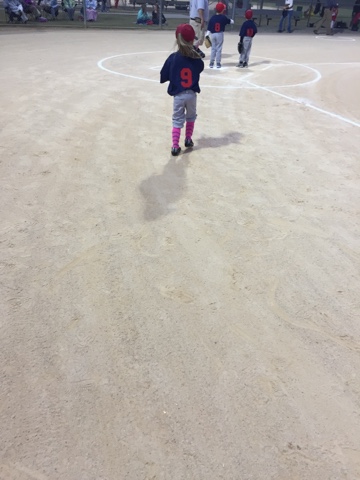