Linking up with Kelly for a full week recap

Whelp.... we made it through the week. The week that involved two soccer practices, tee ball practice, two swim practices, Presanctified Liturgy, Stations of the Cross, AHG, Bible Study, math club, school meeting, the 3-hr glucose test, and the normal 7-4 school schedule. The transition between winter and spring sports, I have heard, isn't too bad because it lasts about 2 weeks (this is the case for us) but when you sprinkle the Lenten church services into the mix that's when it gets ehem.... complicated? complex? crazy?

Was it a crazy week? Yes. But doable with dinner planning and extra sleep. Fortunately this week is the last week of swimming culminating with a swim meet next weekend and E is swimming the 50 Fly and I'm hoping her 6 yr old self can power through to the end because if you haven't tried doing butterfly then you have no idea what I'm talking about. She's swimming 8 and under and there's 8 other swimmers and they are all 8 years old - I don't think I'll be filling her in on that small detail. I'm just hoping for her to A. finish and B. not DQ - I'm remaining optimistic but that stroke requires a good bit of strength and when you get tired your form can get wacky so anyways... We shall see.

Next off the chopping block is Papa's Bible Study which is wrapping up Holy Week? I want to say. Three weeks of Lent left is kind of hard for me to believe because it seems like it just started but that's probably because the first week I was in China and the second week we didn't go to PSL or SoC.

Then it will be tee ball and soccer and AHG which we've done that before. I'm happily not coaching E's team. She likes her coach and she rolled in from practice the other night and announced she had an excellent time - now if we could just practice at 4:30 or 5 or 5:30 or 6 or 6:30 that would be even more excellent but ce la vi.

These squirrels bring lots of joy and entertainment and discussion to our family... 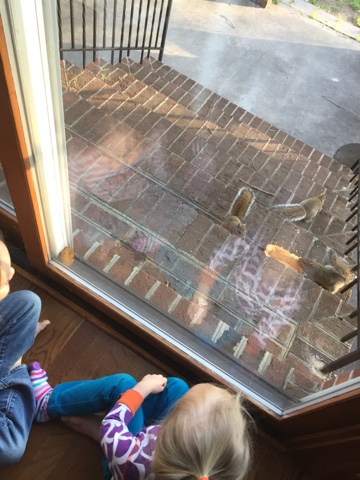 So we try and feed them to show our gratitude. Some of our neighbors dogs (hey Stella and Bruno) have discovered our squirrel feeding zone so they've been thrown in the mix :  )

M had her first soccer practice of the season 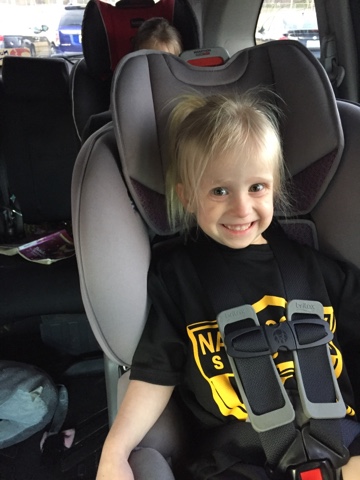 Thank goodness because everytime soccer has been uttered in the last month she thinks that it is soccer practice day. She was super disappointed to find out there would NOT be snacks after practice but rest assured games will start soon and I'm sure the Ducks will have plenty of post-game food. We survived the end-of-practice-shuffle when Papa (he still has Bible Study, remember?) brings the other kids to be field for all of 10 minutes and then we head back home. It is so, so, so, so much easier that E is look out for A and walk/chase him around. A is in ball-heaven at the soccer field so he's not too ornery. Then we hustle home for showers and homework (because E went to swim practice a la taxi de neighbors). We all said our prayer and then I put the kids down one-by-one. M first, then R and then E. I actually prefer this bedtime methodology (because there is one, right?) because I get to spend time with each kid. M got to pick her book. R got through one chapter of the reading book (that she struggled with 2 times prior because she's a word-guesser not a word-sounder-outer : ) plus she got a story, then E wrapped up her HW and requested a story - which since she's been reading shorter chapter books she hasn't been as interested in bedtime story time : (

So I deemed the night a success. I really do enjoy coaching that little age group and the joy/satisfaction/happiness I get from it cannot be replaced so all the work that surrounds it makes it worth it. And if I'm in bed at 8:45 and don't get up until 6:15 then you know why.


Tuesday was started off crazy because it was my glucose test day. My doctor left me speed ahead right to the 3 hr because I guess after failing the 1 hr four times before the fifth time isn't going to be a charm. Having pregnant women fast is dumb. I came home and I ate pizza, cereal and a cheesestick and I took a nap. Thankfully I passed.... Praise the Lord!

This is how the evening ended: 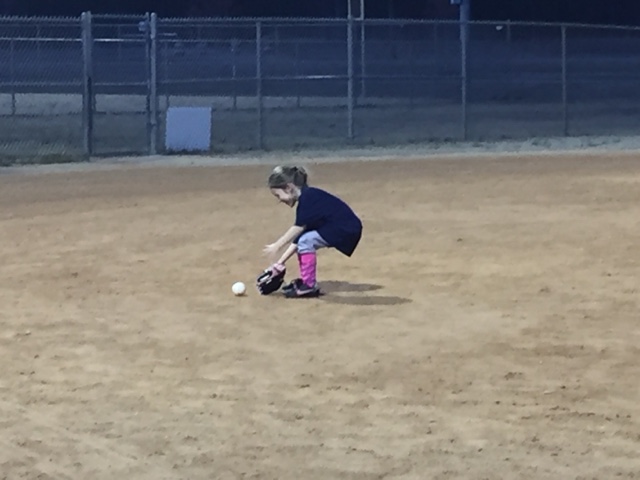 R really does enjoy tee ball. It is her thing and no one else does it. I don't love it but I'll love it for her sake. 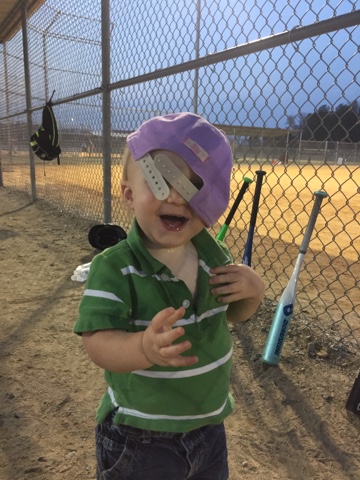 I had some kiddos in tow so I'm considering how to rework Tuesdays a little bit. It might require leaning on some people but asking for help is the hardest part of getting help. 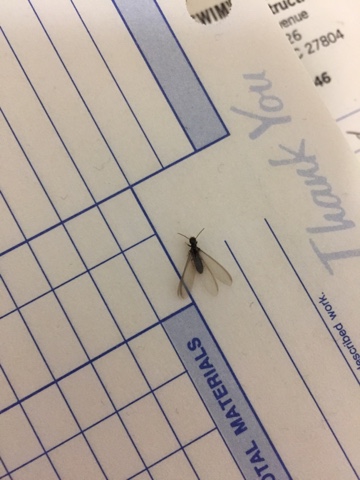 Can you name that pest?

We had a termite swarm at Swimworld this week. The people who own the building are going to have to remediate it and after about 6 hours the swarm stopped but still it was insanely gross while it happened. 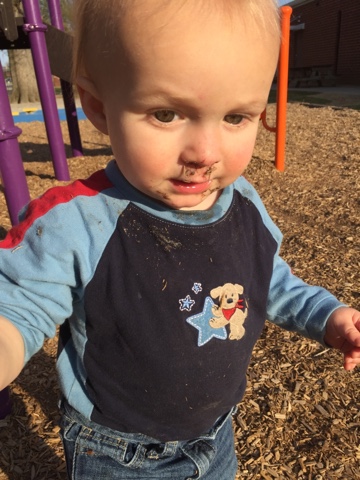 E was at swim but I took the kids early to play because it was awesome weather. A did several nose dives down the slides and thought it was the best thing ever. I was blocking the several open sides of the playset that lead to the rockwall and fire pole and monkey bars soooo... A ended up on the mulchy side of things because he is not cautious or afraid.

To reflect on church activities for the week, I really want to do a Lent post because some part of PSL always strikes a cord with me it's from the Psalms but part of it is - And the lifting up of my hands, like an evening sacrifice. More on that later?

The girls did great on Wednesday. A didn't. It is literally a tough time for him. But dinner was great and the girls happily ate bean and cheese tacos. Friday E was ALL about 'getting there early' (its a walk across the parking lot!) so she could sing in the choir loft. I mentioned to the music director last week I thought she might could use E's voice up there and E was SOLD. E's been happily in a pew by  herself for SoC since she was probably 4, maybe 3 (but not as trustworthy at 3 of course). R is just getting to the point where I can trust her for the duration of SoC which is good because yesterday I had to. A did AWESOME at Stations last week but this week was a different story so to the narthex went M and A and me. Again its a tough time of night for A and our normal bedtime hour has been and will be pushed back until Lent is over to account for all aforementioned activities soooooo.... what can I do except pray louder than his shouts.

A and I had a special shopping trip last weekend that involved getting a few last minute things for the St. Patrick's Day dance - which everyone raved about Lee's cooking and my mom's sugar cookies. Now you know why I don't cook or bake because I'm surrounded by people who are really, really good at it. 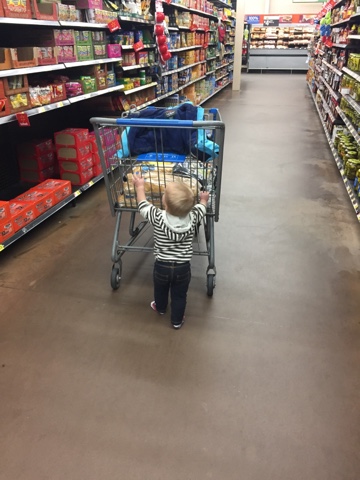 Looking for spicy mustard which I could have told you we didn't need because spicy mustard on Reuben's? I may not know a lot about food but I know that and fortunately I got that clarified before the chef left the house. 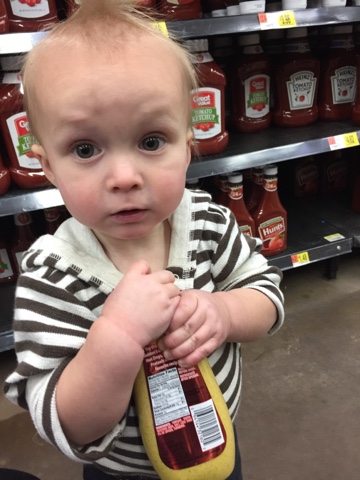 Goodness he is cute!

Oh and one more thing for good measure, I haven't had any super great pregnancy questions recently but I got one this week. Ready?

Lady - who I see about once or twice a year and generally can strike up a normal conversation with. She commented that the last time she saw me I was pregnant - not true, but I just went with it and said it was highly likely. Haha, laugh laugh. Then we got to, how old is our oldest? 6 - almost 7. Then question:

Did you mean to have that many kids?

Yes. I guess. I mean we know what we're doing and they keep coming and we've good with that.

Maybe it was because it wasn't quite 9 o'clock and the caffeine wasn't flowing yet. But seriously let's get some better word choice people.