Five Things I Had to Do Before I Left for China...

I got the green light to go to China from my doctor a few months ago (and was totally shocked he said YES) and between getting everyone and schedules organized and life and being sick with Strep not once but TWICE in a month (free and clear now though) - these were some big things that were a taking up large portions of my overflowing plate. 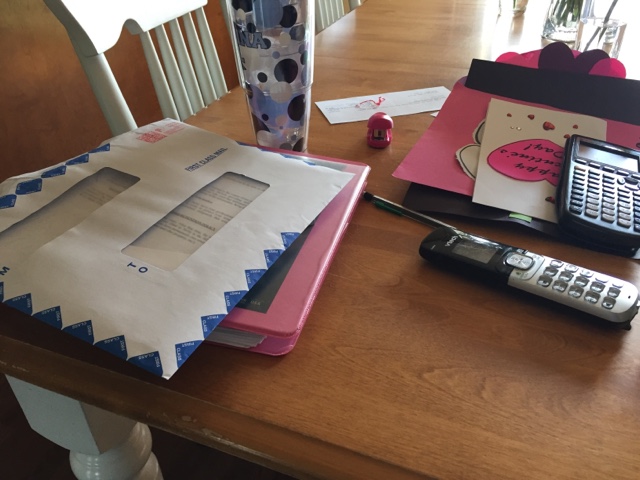 I knew the taxes needed to get submitted before I left because who doesn't need their tax refund??? It is always more of a process than I remember and if I actually kept up with a few things it might make my life a bit easier but somehow I never learn... 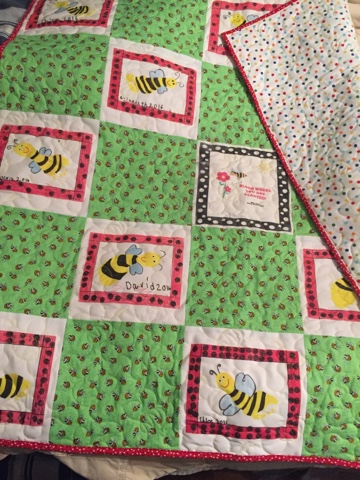 I think I need to talk about my brilliant quilt idea at length. There was a quick preview of it here. 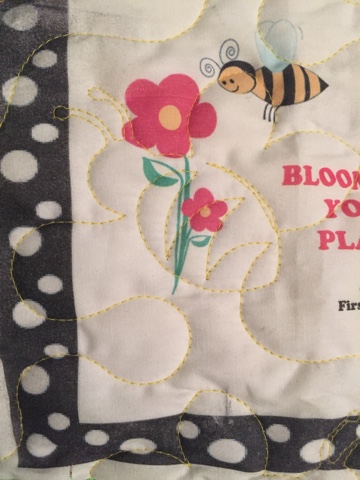 Anyways. Ultimately it is done and finished and I miss it and I really hope that it rakes in a bunch of $$$ at the auction in a few weeks. Maybe more on my thoughts on it later because I (of course) have a few. 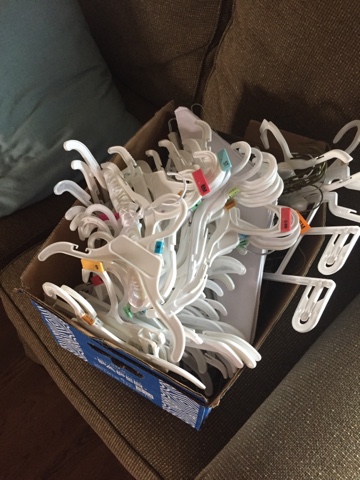 Our family has been blessed by a number of people who give us clothes (THANK YOU). New, hand-me-down whatever. It is a blessing. It is awesome to be able to raid the closets for any season and basically never come up empty handed - especially in the girls department. Some clothes wear out faster than other. Others have stains that will NEVER come out so it was time to really go through and make sure we didn't have 25 3T sundresses. 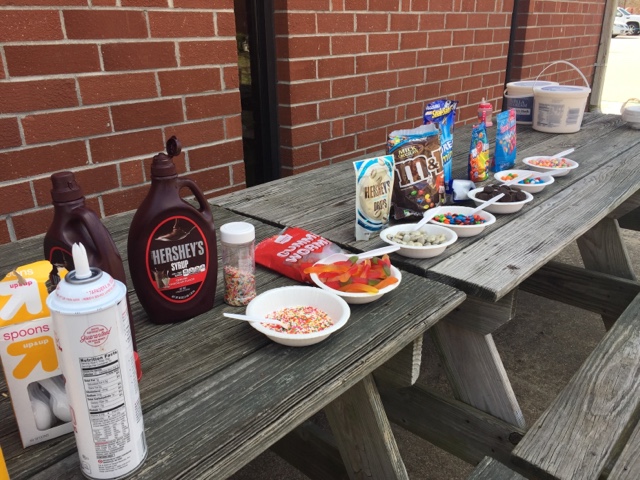 (Mental note for me next year for the toppings I got this year and get the Sprinkles not at Target because they only have Wilton and they are $5!!!!!!!!!!!!!!)

I could talk about this one for ages as well... Our little Catholic School has an Annual Fund. I think a number of Catholic and other parochial schools are moving in that direction. Stop selling everything under the sun and make a donation to the school. No magazines, oranges, wrapping paper, candles. Just a check.

Anyhow, I was asked to help head up the Annual Fund this year and we set a ridiculous goal compared to years past. At Christmas I had resigned to the fact it wasn't going to happen but then a month and a half later and a few prayers (yep I this has been something I've been praying about) we are actually, almost within reach of our $40,000 goal. Its kind of a big deal. So I thought about pushing back the ice cream party (for kids who had met the participation goal) to see if we could make another push.

But then I thought better of it and realized that April would be a terrible time for me personally so we kept the ice cream party as set - end of February. And the weather was perfect and I think the kids enjoyed it (along with some extra time outside). 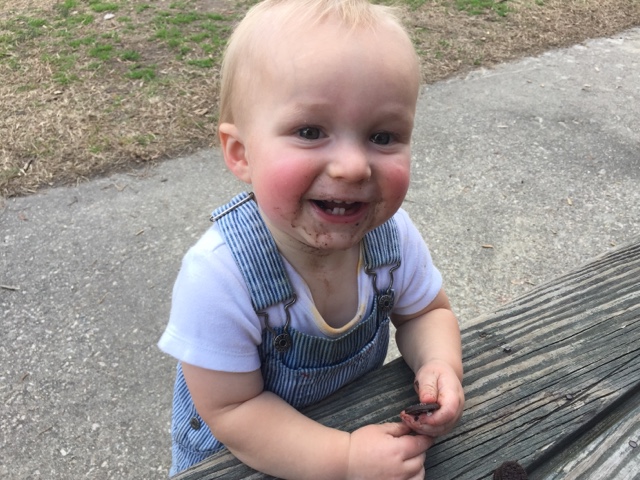 A enjoyed some remnant mini Oreos 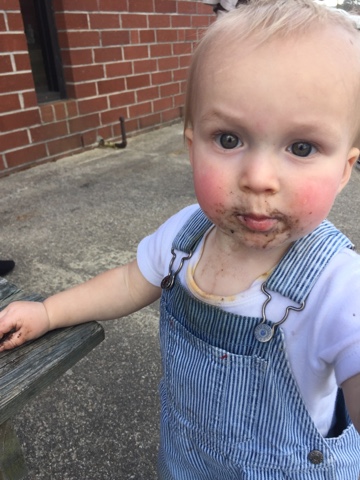 And if you want to help some reach our goal go here. 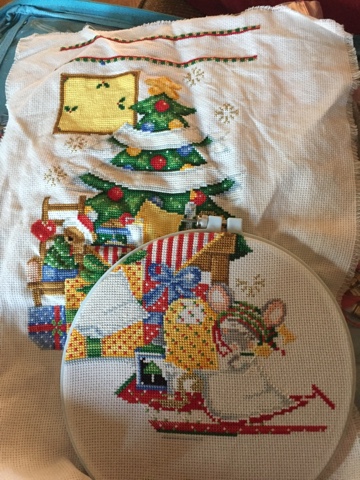 I knew with an insanely long plane ride to the tune of 14 hours (times TWO) I'd have loads of time to cross stitch. I knew I didn't want to back stitch because it is kind of boring to me even though it makes the stocking really POP. So I was REALLY trying to finish M's stocking (and least the front part) but I didn't. It is at home in the safe with the other completed stockings waiting for me. I probably would have finished what is left of the front stitching on the plane to LAX and I knew I couldn't take two sets of colors and stuff. Side note, I LOVE A's stocking. Pic of that to come

So all in all, I left with things relatively in order. Many thanks to everyone, family and friends who are keeping our family running like it should while I'm gone and helping Lee with the kids. More on some of the crazies (its not that crazy) of my week gone when I return : )
at March 01, 2017