So we got a church van... Thoughts on the Transitasaurs

We/I waffled back and forth for a while on the whole big van thing. First yes. Then no we would figure out the mini and then finally yes we needed to pull the trigger on the big, white van. I had my eye on Craigslist for a while and Carmax but nothing really jumped out at me until I came across one 45 minutes away. I scheduled a test drive on this particular day...

The day I like least in my kitchen... The day the sausage makers from church and invade with raw pork and casings... Seriously, okay, it's Lent and for a good cause so I digress. It was also a day that one of the sausage makers brought two of his kids so what do we do? Head up to teeball practice as if it is totally normal to show up with five kids ages, 5,4,3,2 and 1 plus one in utero. COMPLETELY NORMAL.

Anyhow, we all had to squeeze in the mini (fortunately E wasn't with us otherwise she'd have been in the front for the 1.5 mile ride). R was wedged in between the two seats and if it had not been for the novelty of her friends flanking her, she probably would have been way more irritated. However, it was validating for me because I had to squeeze past M to help people buckle in carseats - which is what I would have been doing several times daily to help M in and out of her carseat because she would have been in the back with the big girls (somehow). Let me tell you, doing that upon leaving home, arriving at the field, leaving the field and arriving home was enough for me. 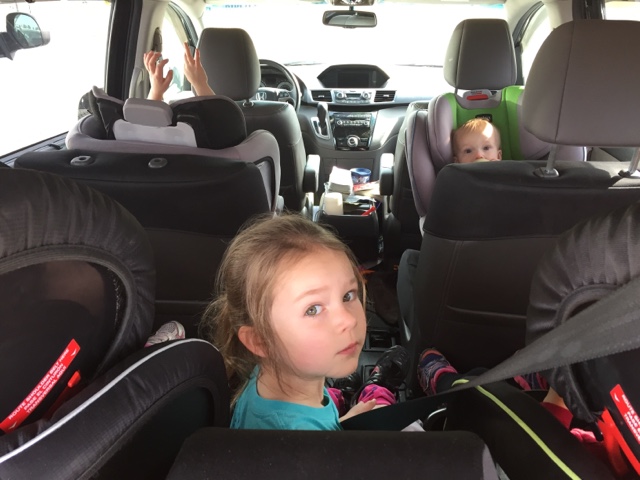 Can you spot my five under five? 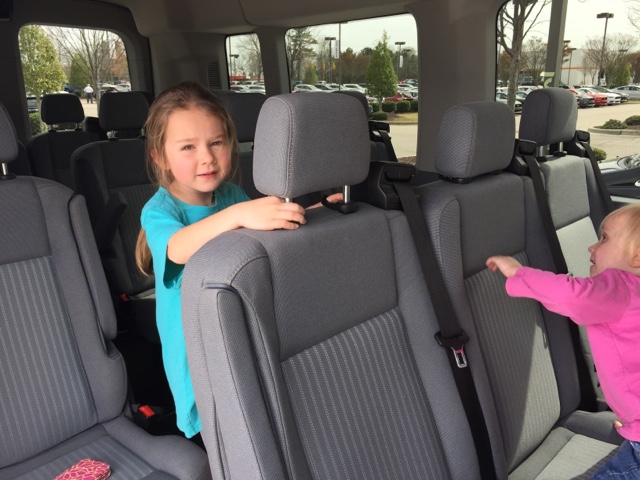 Later that afternoon R and M and I traipsed up to do the test drive (in between sausage making and Lee having to leave for deacon duties at Mass that evening) I had about 1.15 hours to make it happen. I was tight on time but there was literally no other time in the week.

When I got there the guy ask if I wanted the Transit with the dividing glass/shield thing in between the front and the back and I looked at him and I looked around and I wanted to say - do you think I'm here to test out a commercial cargo van?!?!?!  Instead, I told him I didn't think they made those dividers in the passenger versions of the Transit but if they did I wanted to get one. So we got straight on passenger vs. cargo, I loaded two of the carseats in and we were off.

M was in the first row and chatted it up with the sales guy. R was in the third row and had a screaming fit about how her shirt was itching her for a solid 1/3 of the test drive. She was so far back that it wasn't even worth trying to yell over her screams and all I could do was laugh as my life was transpiring in front of this random guy.

I really really really wanted Lee to see/drive/look over the van before signing my life away to it (I bought a car without cruise control once so he hasn't let me live that down). But it was Lent and we were still in transition to spring sports and its pool season and... Finally, we were halfway worried that the dealer would take it back to the auction because it has been on their lot for 3 months or someone else would come in and snap it up because it was it was a darn good deal for a van that only had 6K miles on it. Soooo.... 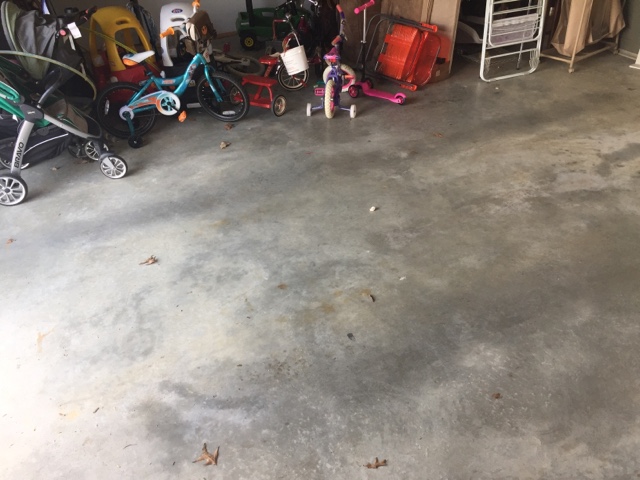 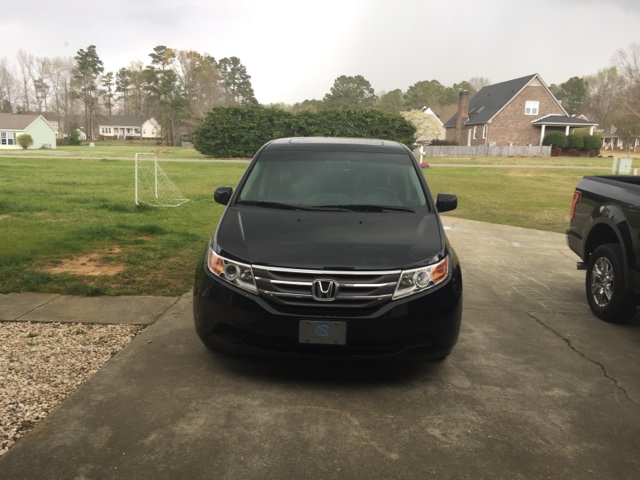 Obviously the front tag was saved : )

The guy came at late-o-clock one night and I signed over to the Transit. I may have shed a tear when I signed the last paper. I told Lee that the man was driving my 'normal' away. Minivans are normal. 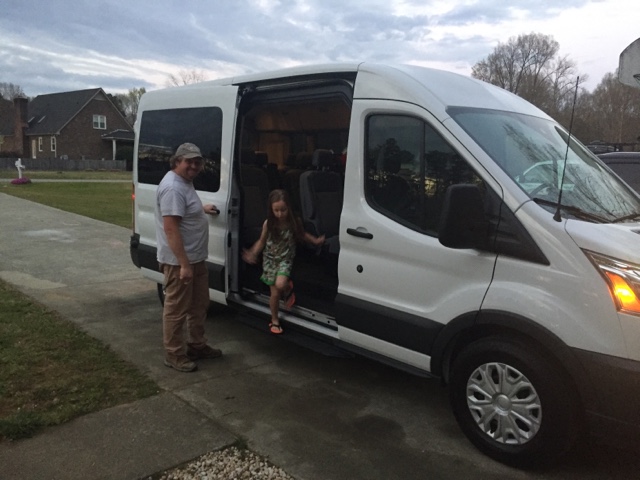 Meet the Ford Transit. Or the Transitasaurs. Or the KibbeKab. Or whatever. I'm taking suggestions for good license plate names and I've already nixed Joanne's Ark (sorry Uncle Kev).

The minibus / big van whatever is great. We are certainly blessed to be in a position to have one. It looks like a beast to drive but its really not. The gas mileage is terrible but we don't talk about that part. For the time being each kid has their own row to themselves and they've been strategically placed throughout the rows based on neediness and volume. (The chatterbox has been assigned to the 3rd row). I can stand up in the van (its the mid-roof height) - which is A+. The floor is vinyl or plastic of sorts - A+. There is a fantastic aisle in the 2nd and 3rd row due to the single jump seat on one side and the double seats on the other. Probably the only things that wasn't considered was the stroller. There is about /                                                           /
much space between the fourth row and the double doors sooooo... no room for the stroller - since we were getting used we couldn't just add the extended back feature. We've gotten it to fit in between the passenger and front row but it is not a permanent fixture like it was in the mini trunk (its already been forgotten once).

Other first world issues with the van include: It doesn't fit in the garage so rain 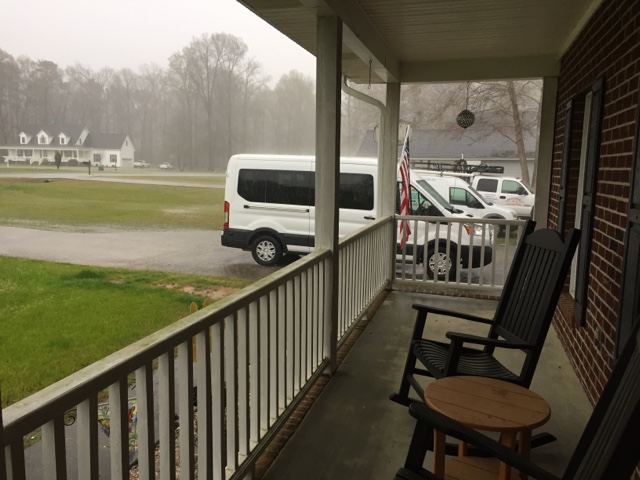 and monsoons are something to be contended with 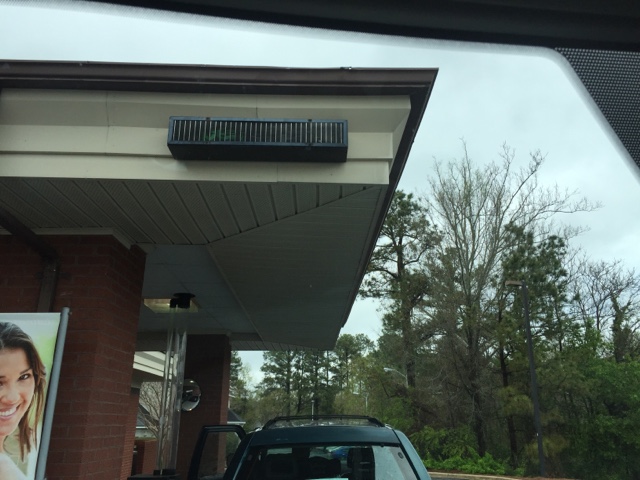 I have to worry about what I can fit under.
Lee's not understanding why I want to park the van where he formally parked his truck.
No power sliding door.
Teeny Tiny backup camera - but it does have back up sensors which the mini did not have.
Not being able to park like a normal person - it takes two or three times to get it straight unless its a straight shot or a pull through spot.

But I mean, come on, seriously 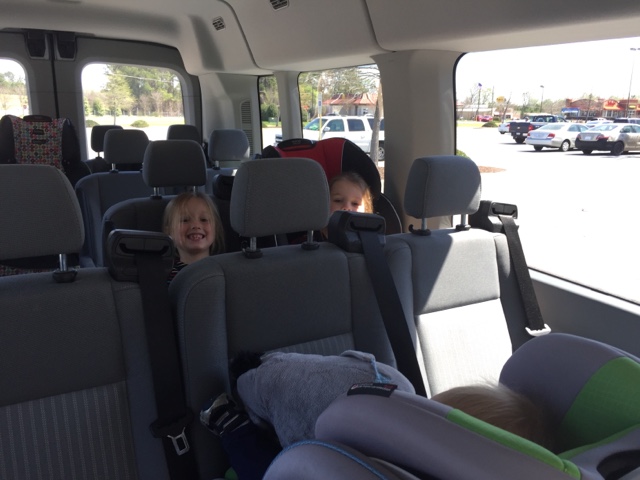 We really don't have anything that we should be complaining about.
at April 06, 2017