I would be remiss to go any further without saying that in less than 24 hours we'll be at the hospital getting ready to meet baby #5. Everyone keeps asking me if I'm ready - and really I'm not but that this point it doesn't matter. The bag is packed and the carseat is in the van and whether I want to go through L&D or not, well it doesn't matter because it is inevitable.

So say some prayers for a quick, easy, safe delivery and that's about all I can ask : )

Last week wrapped up E and R going to camp... 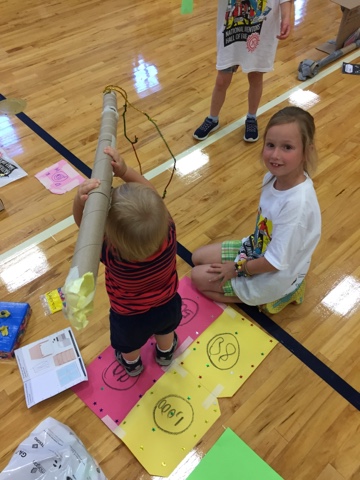 They report they had a good time 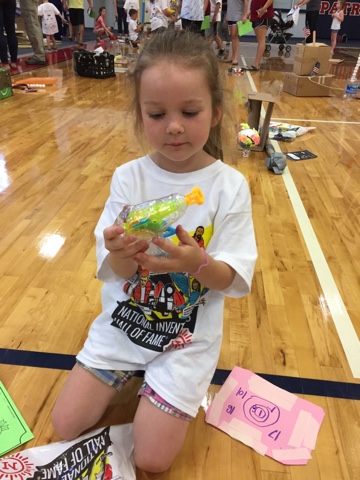 And other than the 3 pm smack-dap in the middle of rest pick up, it was fine for me. Definitely more on the $$$ side for us but I didn't have any childcare options because our school got out a week before the public schools : (

This week has been way different. M and A have been in their normal spot. E and R have been farmed out with family and friends and playdates and swim practice and going to work with me... Fortunately we have some pretty awesome people who are able to swoop in and help at exactly the right time

Then we hit up the pool with 4 tired non-rested kids... 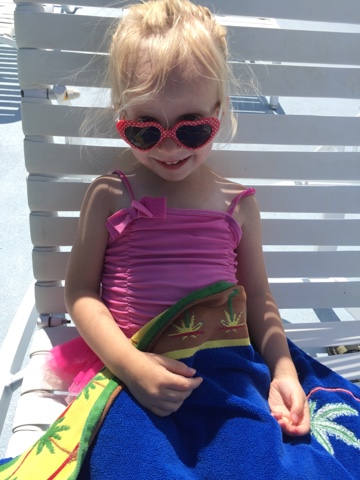 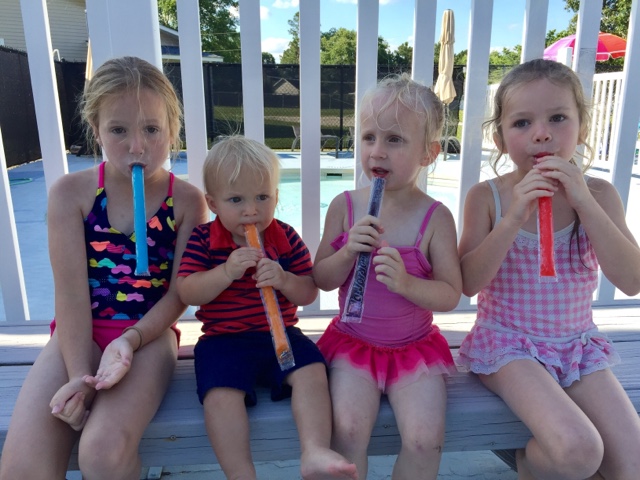 So the first popsicles of summer were had and had to be documented because that just what I do.

This kid thinks everytime we open the garage it is his cue to ride a car or get a broom or shovel out... 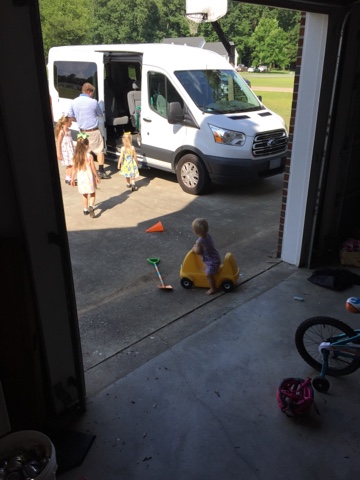 Even though its really not but we will forgive him : )

Over the weekend we took Papa out for an early Father's Day dinner... 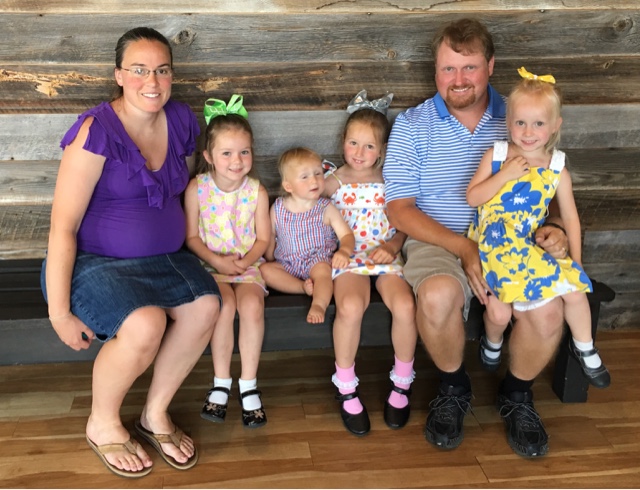 Everyone had pretty excellent behavior and manners and was patient enough waiting for food. I was pretty worried about A but even did pretty well chowing down on sweet potato fries : ) 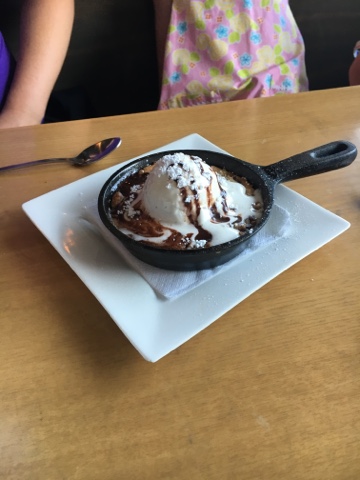 We got a double round of chocolate chip skillet cookie for dessert to top off an awesome dinner! 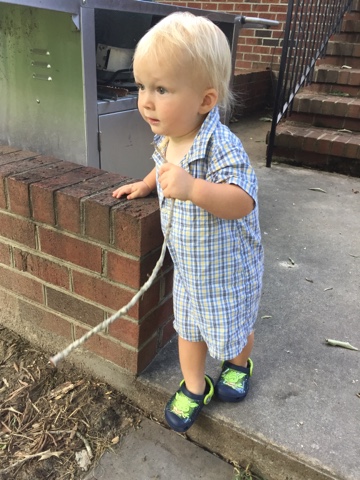 On some Yoda Crocs from Amazon... The price was cheap and while I don't love Crocs for little people because they are kind of clunky - they are $35 cheaper than sandals so.... 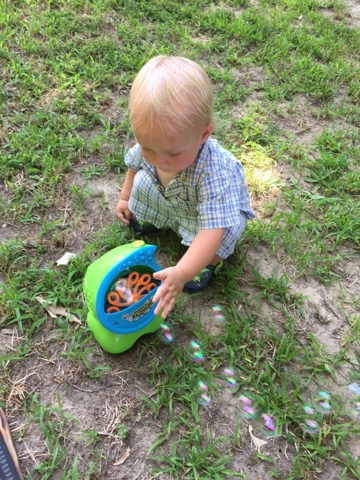 He is kind of a bear to take to the pool because he in and out and in and out of the water (I did get him a WaveRunner ball to throw so maybe that will keep him in the water longer?) plus he scurries around and is not one to use 'walking feet!' 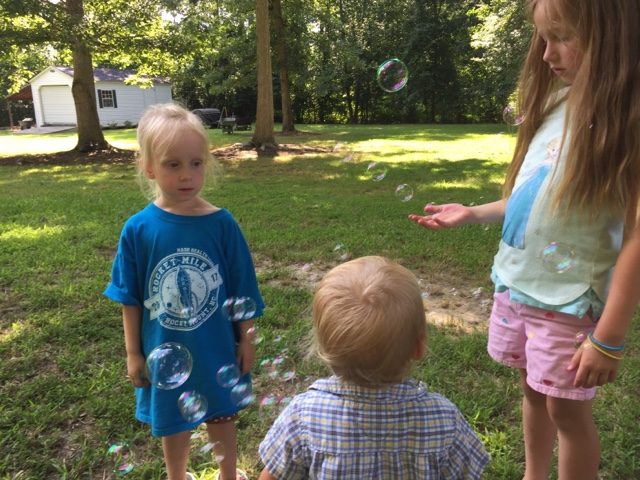 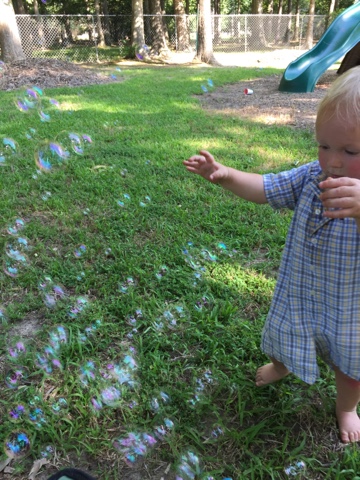 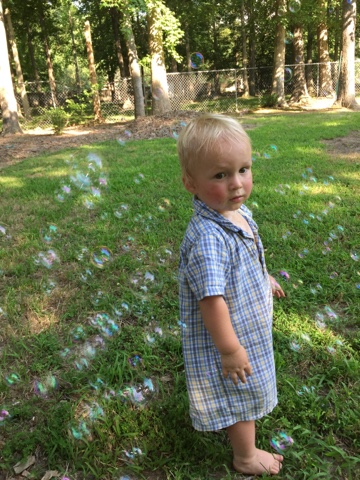 Yesterday we had our first swim meet.... 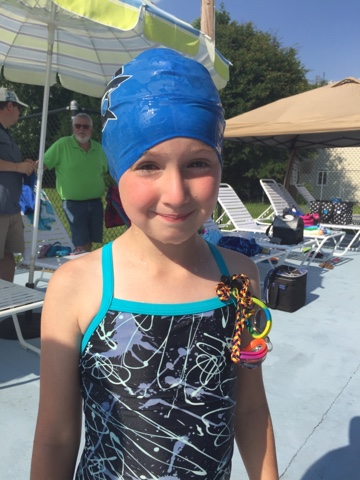 E swam fly, back and free 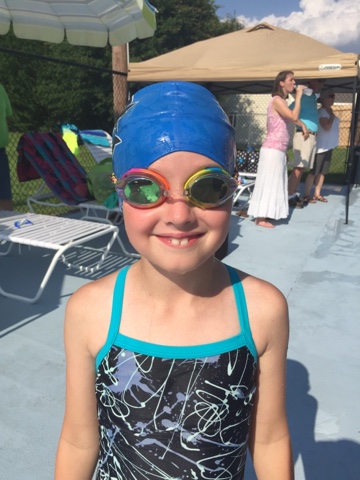 R is still swimming pup squad despite being passionately opposed and only wanting to swim 6 and under - I have never seen her this emotionally attached to doing something. Like tearful at the dinner table. When she does do 6 and under though she'll be the proud owner of a new racing bathing suit. Anyhow, she's still with Grammy so driving 2 hours for one lap of Pup Squad was not in the cards... Look for a sisters swim pic next week! 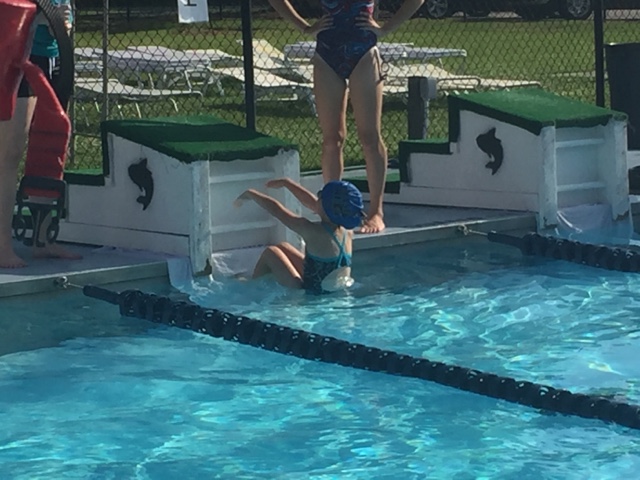 E swimming her favorite stroke! And she even dove off the blocks remarkably well which was a vast improvement from when I saw her practice on Tuesday 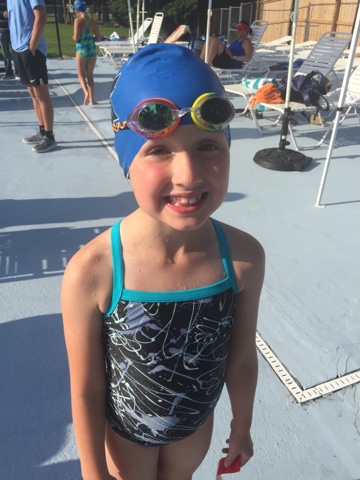 She's a younger swimmer in her age group this year so she' got some big girls to try and keep up with but she did great! 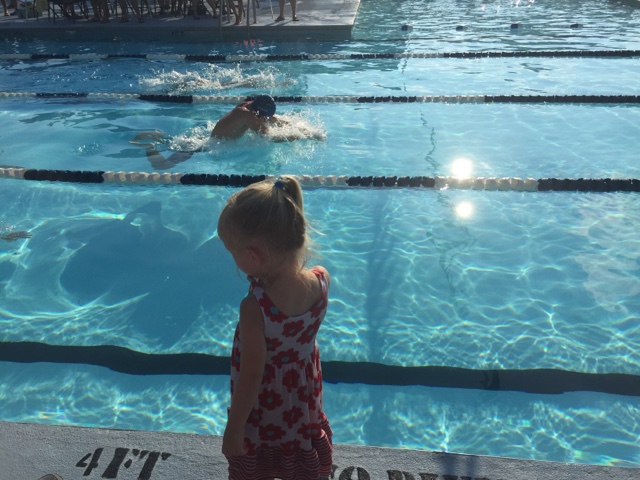 Aunt Mary hung out with A at home and M came to the meet with me. She snacked a lot. Got really really wet and proved to be an excellent cheering section. Next year, she's up : )
at June 16, 2017

Email ThisBlogThis!Share to TwitterShare to FacebookShare to Pinterest
Labels: babies, baby brother, outside with the kiddos, papa, swim time