Last Friday Papa took the big girls to a baseball game so that left me with: 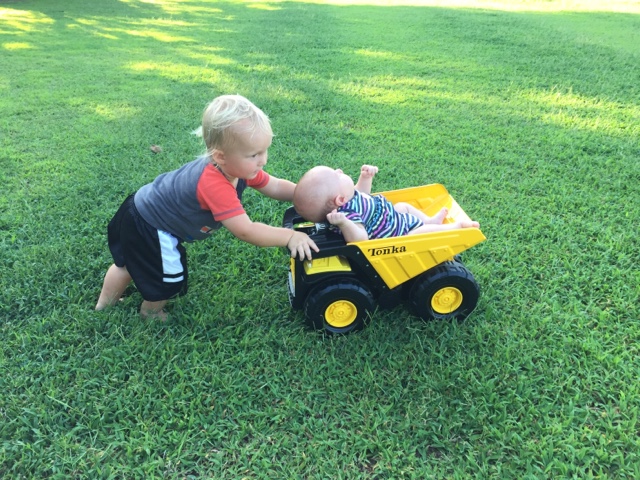 Who got to hang out with my neighbor/mama-friend who is MOVING and I'm dying. E announced - Well who will I play with? When she realize her neighborhood BFF is moving a million mile away

And I find myself asking the exact same thing because I'm losing a super great friend too.

The next day was Saturday: 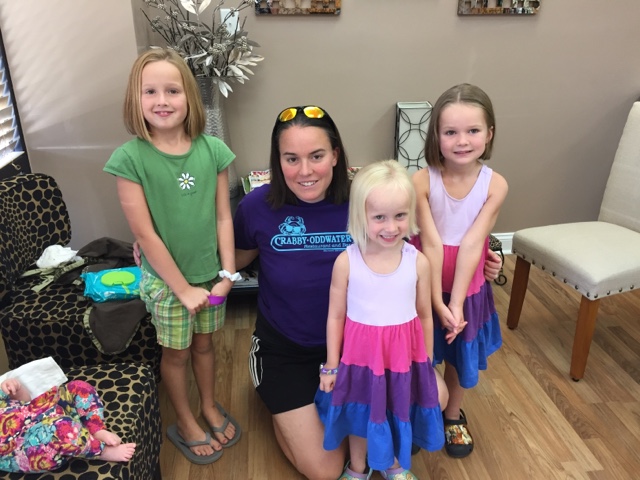 We chopped off our hair 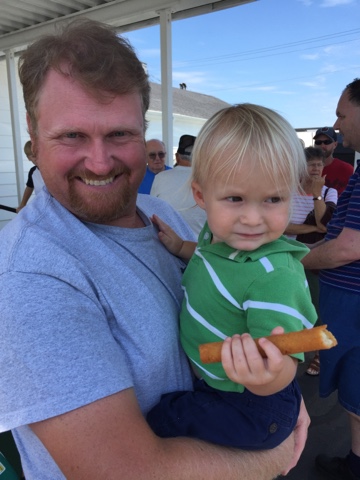 Had A+ BBQ with friends from church 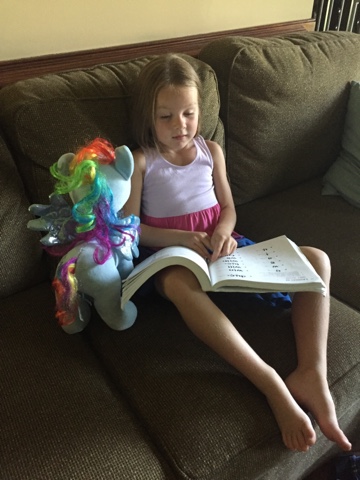 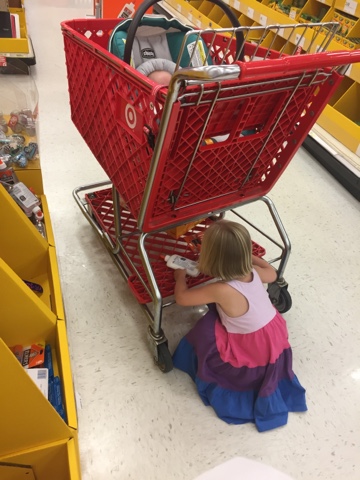 M and C and I went school shopping because... school?!?!?!?!?!?!? Who knew fat pencils and fat crayons were so hard to find. Maybe I won't wait until the last minute to go shopped next year....
But I wouldn't put a dime on it. 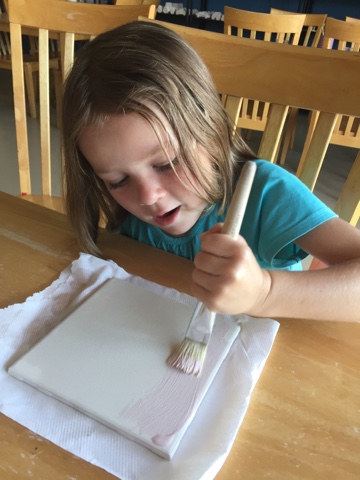 Sunday consisted of my birthday dinner at Grammy and Grandpa Joe's. Food was excellent. Cake was even better. I have a great pic of A being entertained by Grandpa Joe but its on Lee's phone because my phone was dead.

R and I hit handprint making and then the whole gang loaded up for a round of shoe shopping. That' a barrel-o-monkeys the week before school starting. 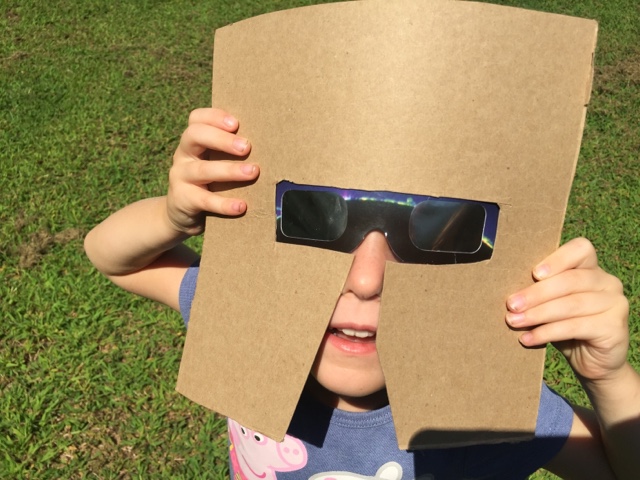 Monday was the eclipse and up until about 7 am that day we were not going to be doing anything for the eclipse because do I look the preorder-glasses-type? But Jibbe came through with not one but two pairs of glasses I saw some friends one FB creating these glasses holders with paper plates but I didn't have plates but I did have cardboard so.... nothing a little clear Duct tape cannot handle.

The eclipse was neat. It did get noticeable darker and cooler but we weren't in the path of totality or whatever so it did not get dusk-like but I watched it on TV and it was way cool, no? 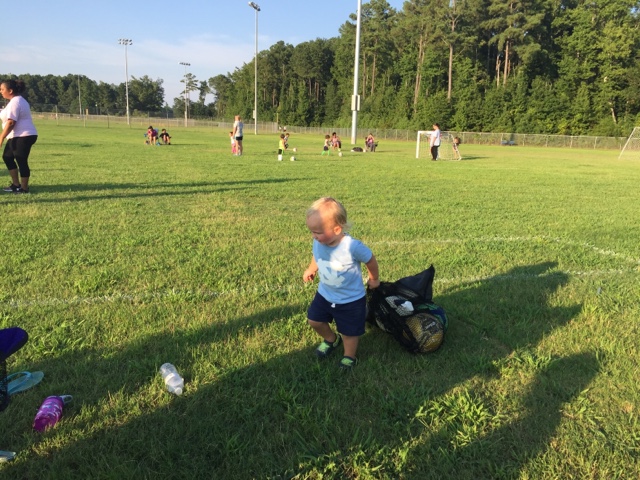 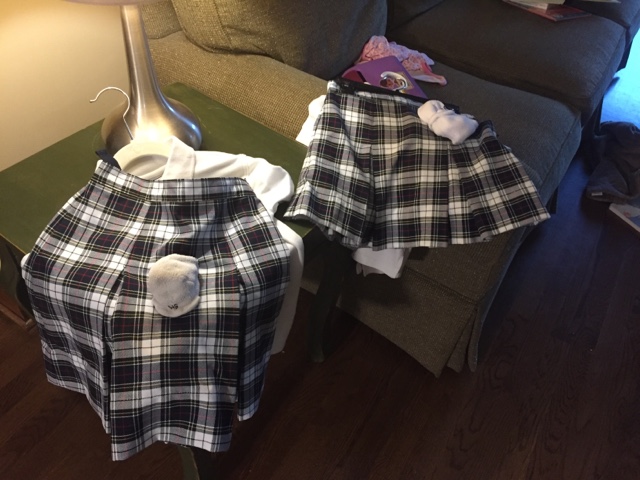 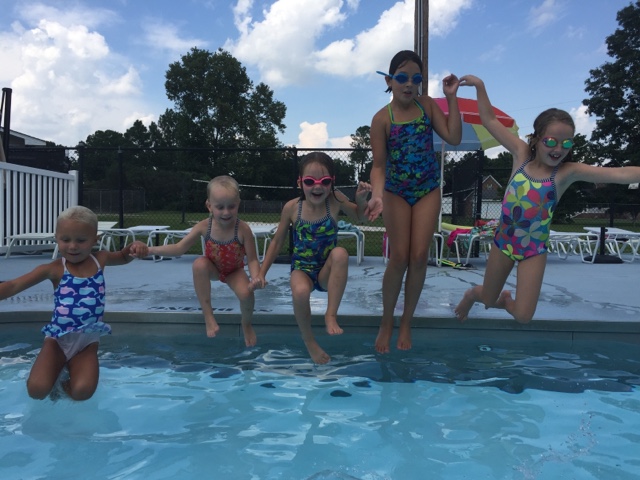 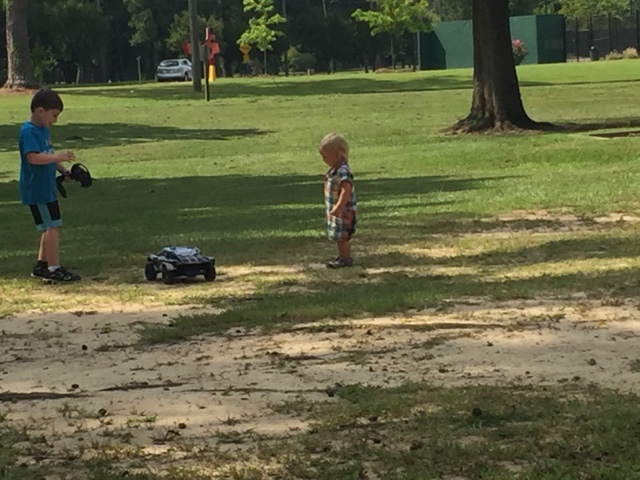 Thursday was another halfday so M and A and C and I met a friend in the park and waited for school to get out. A was mesmerized by the remote controlled car. I see one in his future. Friday - Was the first full day of school for everyone. It was such a crazy wild week my head was spinning 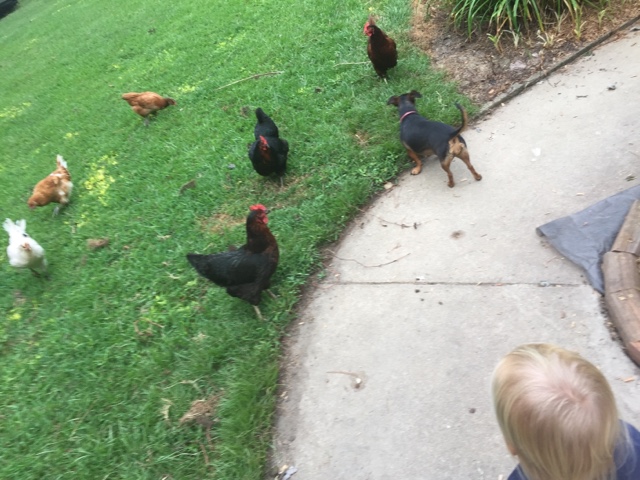 A got one last jaunt with his chicken friends before their new owners came for them. I'm pretty sure I'm going to ignore the moving truck that will be on the street next week.

But the week's end me and the microbus gas tank shared a moment: 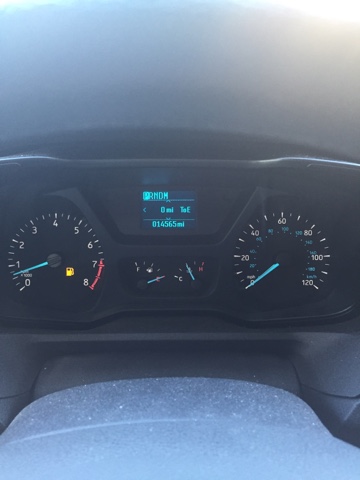 These last two weeks have been crazy. Without our summer sitter I was piece-milling childcare together, work was not without drama, school started, our neighbors are MOVING!!!, summer is coming to an end, everything just needed a little extra time and effort to make it through.

I'm hoping this week will be more routine like and calmer - but who am I kidding? 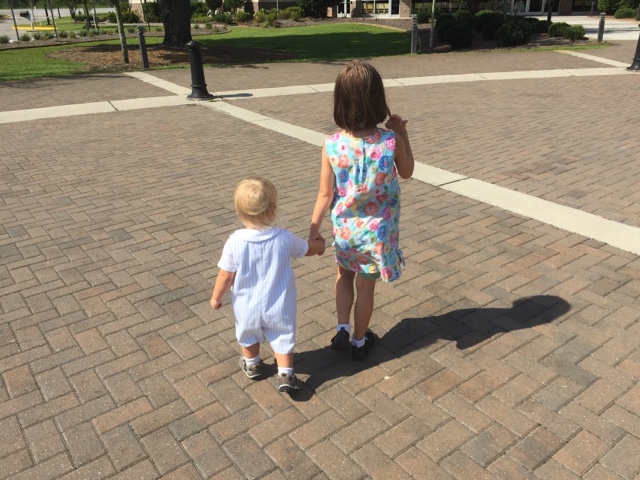 We headed to Wilmington for my goddaughters baptism and party 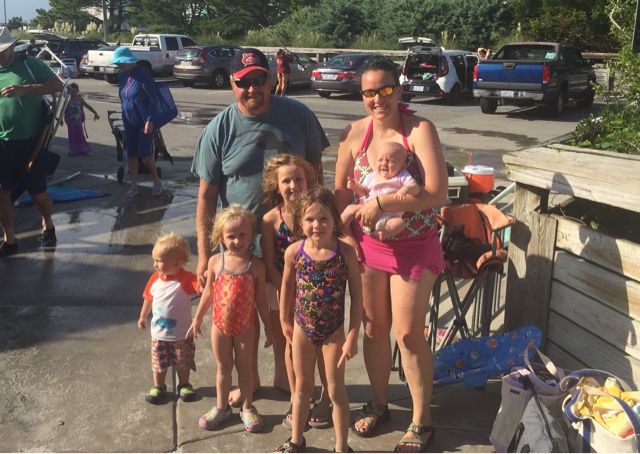 Then we shot over to the beach for a few hours just because we're crazy like that - more sandy family beach pics to follow.
at August 27, 2017

Email ThisBlogThis!Share to TwitterShare to FacebookShare to Pinterest
Labels: beach, Catholic School, crazy day, friends, outside with the kiddos