Let's start this post off on the right foot: 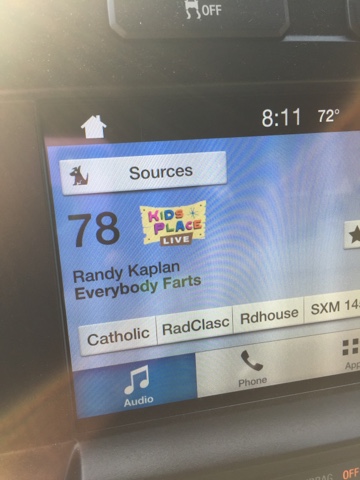 I have been driving Lee's truck this summer so the kids and sitter could actually go places (A. where did summer go? B. glad to have my van back C. missing our sitter BIG time). Anyways, last week I get into the truck and this LOVELY song is on the Sirus station that he turns on when he drives the girls around. I couldn't believe my ears or eyes because there is actually a song titled this? With legit lyrics and tunes? It was so dumb and I called Lee to see if all the songs were like that. I am assured not but I'll stick to my FREE classical station and not pay for this rubbish.

I finally made good on R's reward from last tee ball season... 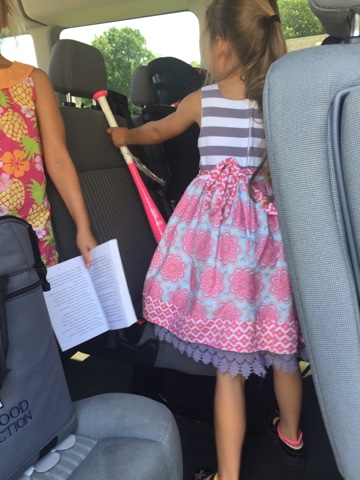 She was thrilled with her pink bat! They were playing out back with it and a certain overzealous sister hurled the bat toward me and C after making a good hit and dinged it pretty nicely on the brick and then promptly decided that metal bats are only for 'real' tee ball players. R was less than thrilled. 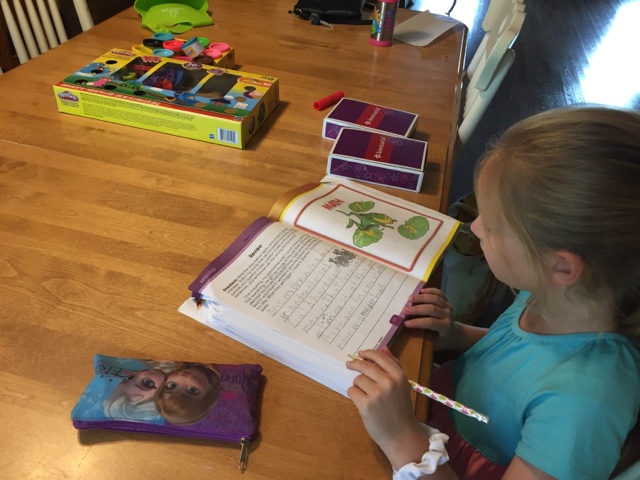 A certain less-than-zealous-soon-to-be-second-grader FINALLY finished her summer workbook. She had been griping about doing it all summer and last week I told her if it was not done this week she wouldn't go to Grammy's with the other big girls. I bet she had at least 120 pages left to do at that point. Let's just say she was pencil to paper up until about 3 minutes before the Grammy-mobile departed, new Leah clothes in tow as her workbook reward. R still has some pages left but she will sit and actually do it so I don't doubt it will be done in the next week.

And while the girls are away... 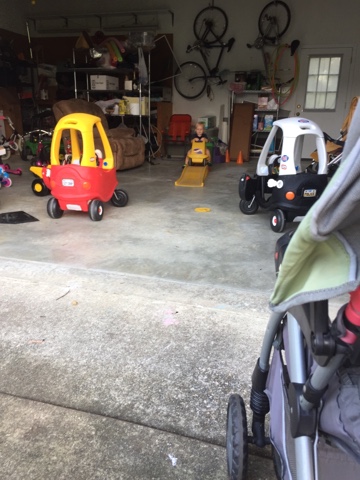 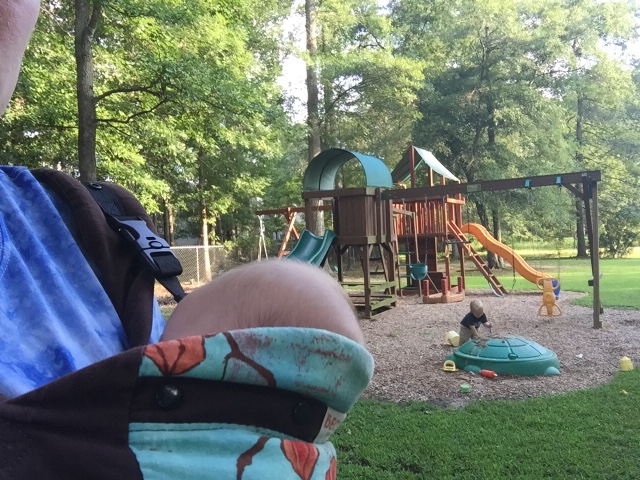 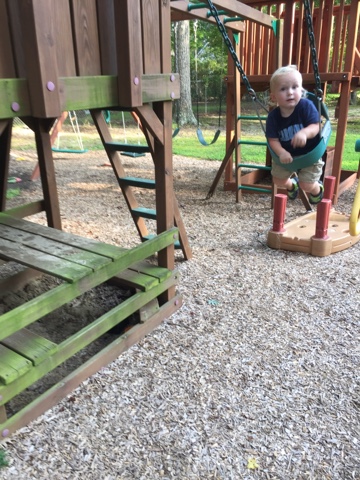 We walked and saw the chicken, we came back, he played cars, he swang, he went back and saw the chickens, he weaseled his way into our neighbors house and scored some food and play time, he ran through the grass, he got ant bites

Basically the best afternoon EVER in his eyes.

I'm definitely grateful for time to do stuff like that for/with him.

We had this contraption in our yard for a few glorious days: 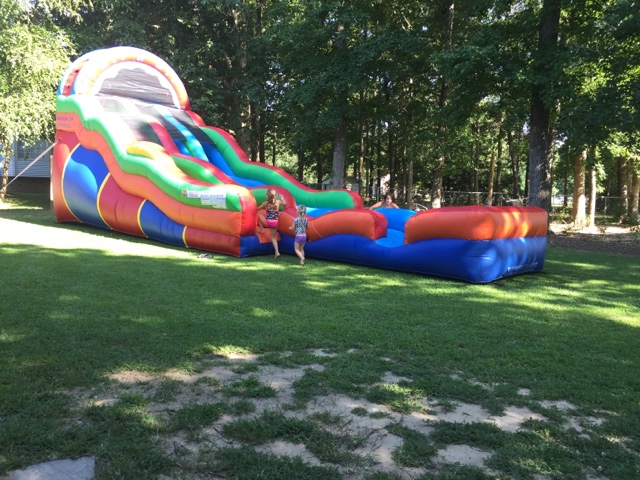 We hosted back to class parties for E and R's classes (separately). E's class is awesome and it was great to catch up but the weather didn't want to cooperate for us for long but the kids did get some good slides in. R is new to her class - as are many of the kids - so it was awesome to meet other parents and siblings BEFORE school started to get some of the I've-never-seen-these-people jitters out of the way (even though there was move up day back in May, but that was a million years ago) 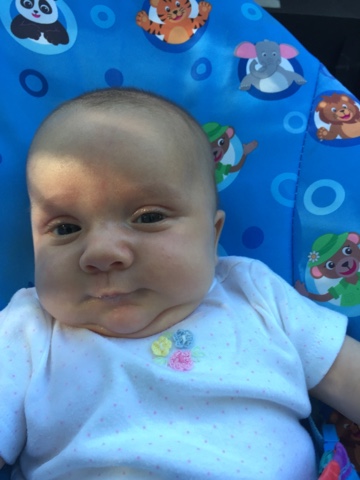 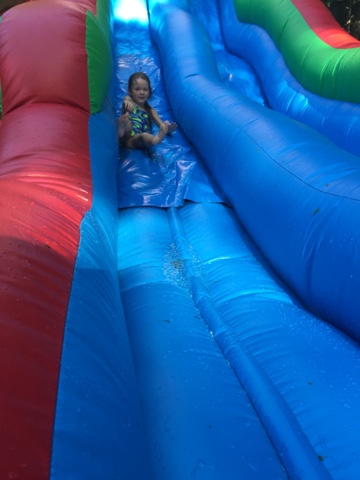 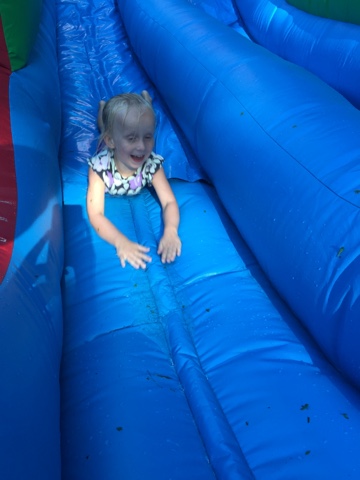 Overall, it was a success and I need to find out how much it costs to rent one for an entire summer, though our grass wouldn't appreciate it too much. 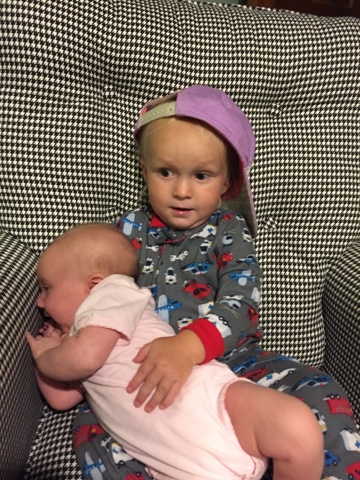 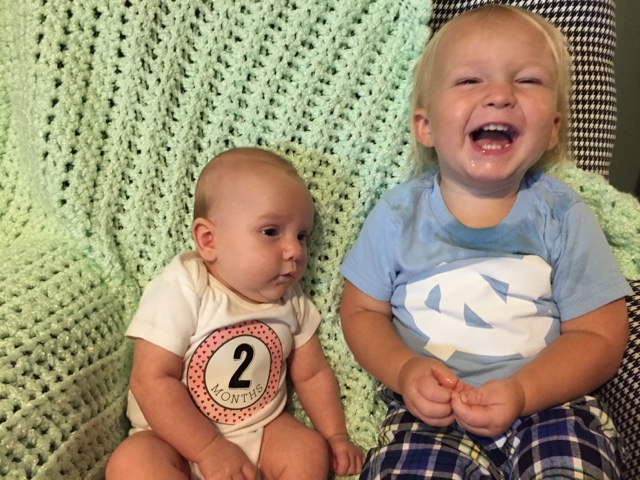 And it at the perfect photogenic age. E and R specifically don't like their pics taken and M makes crazy faces when she know's I'm taking her pic 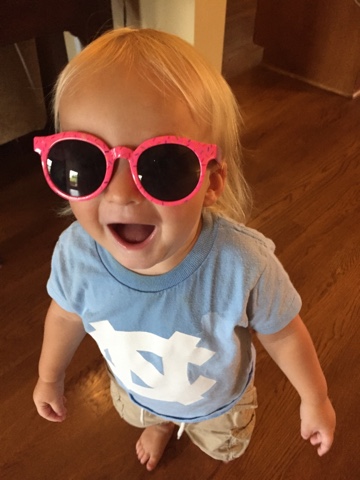 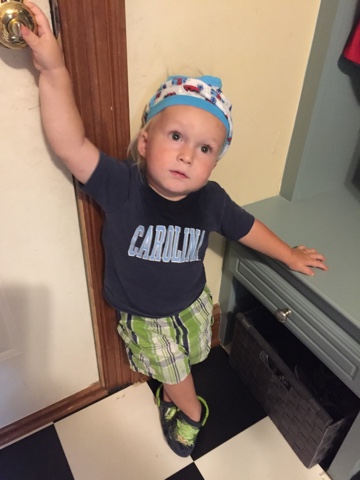 And way too cool for school

We did our first test run to school this week... 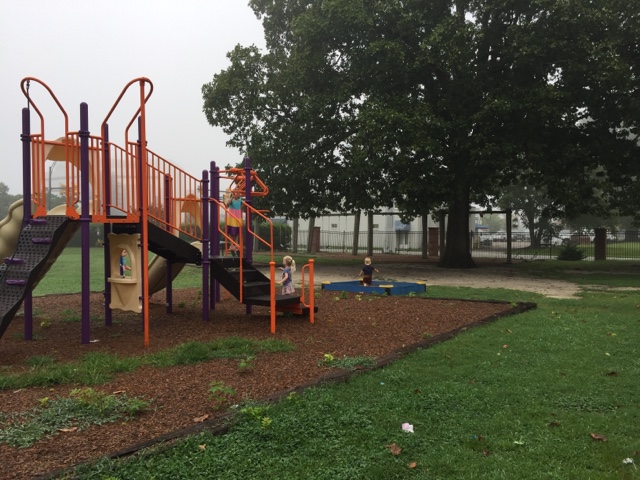 We made it. I moved up the time-to-pray alarm by 5 minutes so I think that really helped our cause. Now to to disciplined enough not to cheat and let it beep for 5 minutes : ) 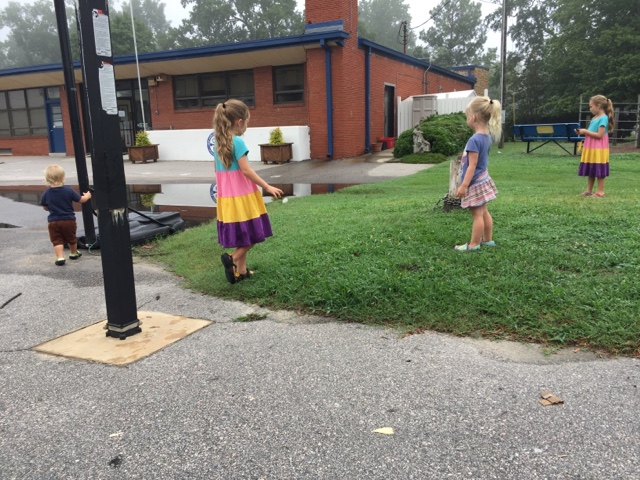 It was wet and A required a new outfit when we got home. We'll be at it again a few more times. 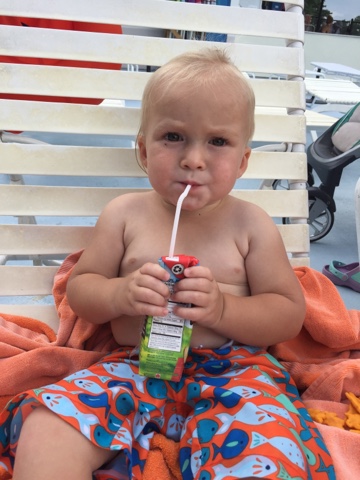 We stayed for all of 35 minutes... remind me to pack up snacks and towels and 5 kids to go to the pool without looking at the radar! 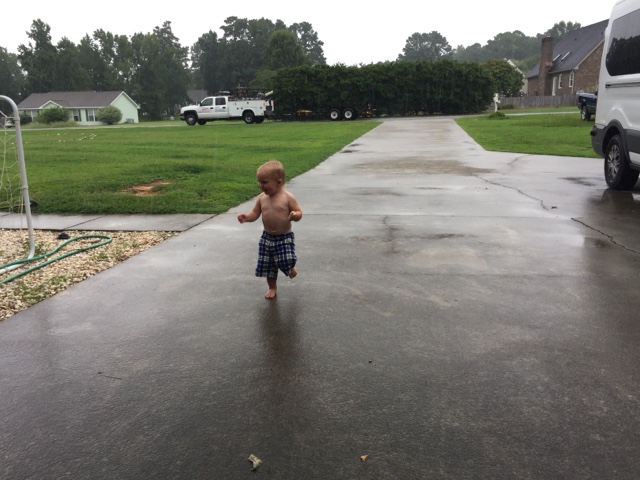 A got to run around outside in the rain before the bigger/better/boomier part of the storm rolled through.

HE LOVES BEING OUTSIDE