Linking up with Kelly ... I left off with preschool celebration and baseball game for the bigs...

Saturday (of Memorial Day weekend) Lee had to... work. Shocking indeed. We had some running around to do which involved shopping with all the kids at Lidl and the big girls actually carting the bulk of the groceries which A and C rode in my cart. I think all of  us cart pushers got hit in the back of the heels by a cart - E took her caboose role more seriously after that. Side note, I like Lidl except for the grocery packing... It is stressful to me because I always feel like it is a massive rush and I need a better game plan to pack my bags.

After the shopping trip we headed to fiesta number one of the week... 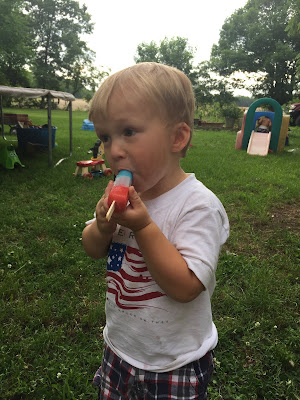 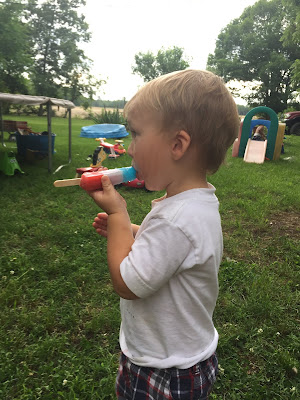 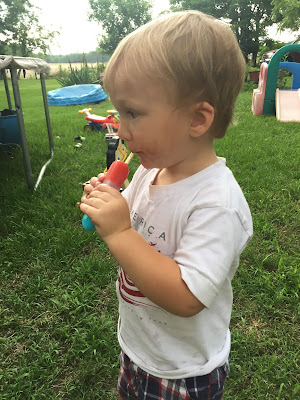 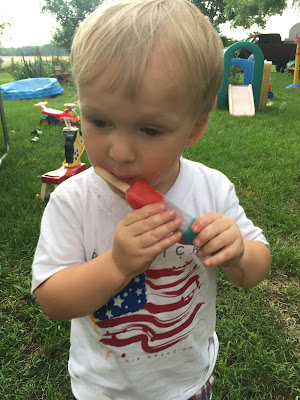 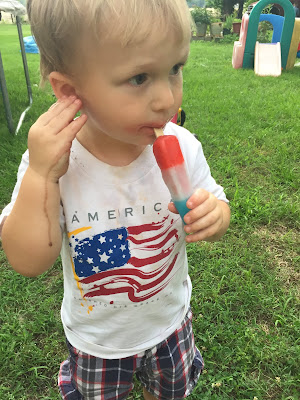 There was amazing food, awesome cake and great people. 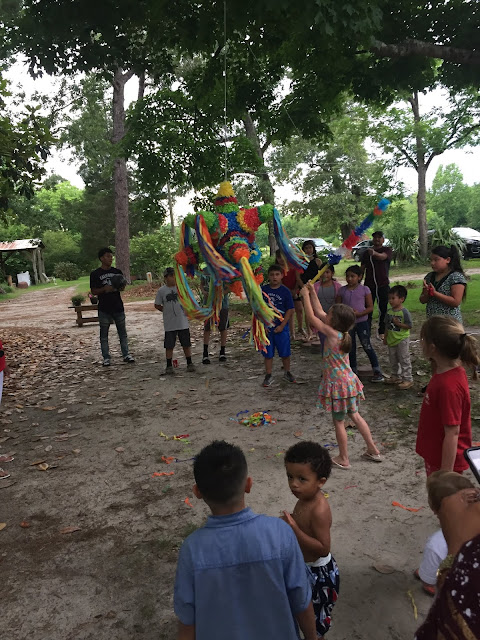 It wouldn't be a party without a piñata 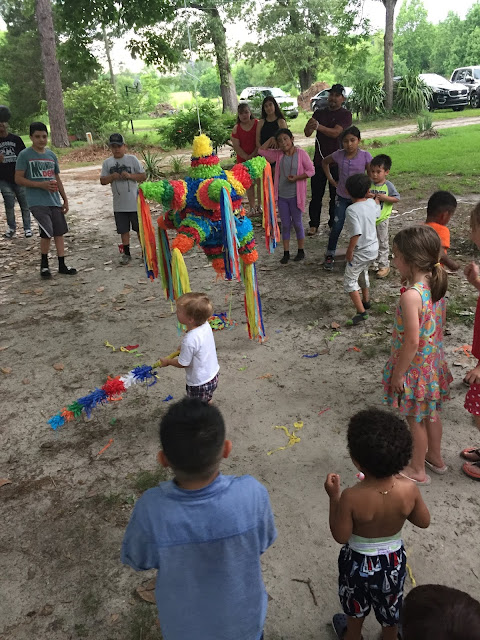 Thanks to Nani and Co for a fun night

Sunday and Monday were low key days that involved: 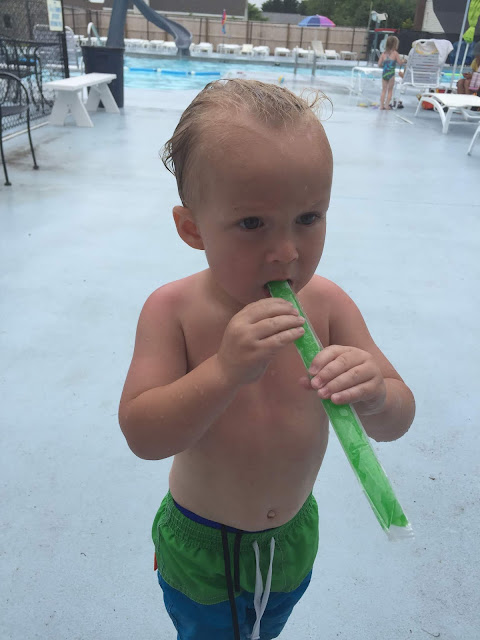 The pool and popsicles 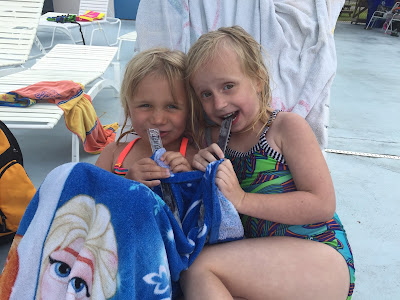 These 2 have been friends since FOREVER and they'll be in preK together in the fall!

We thought the rain was going to run us away from the pool on Monday but we stayed out in the drizzle and it was enjoyable.

Tuesday somehow Lee got home early - I think it might have been a rainy day - and E and I went off to AHG for some final badge signings. I think I did Chicken Orzo for dinner which was the first time I've made dinner in a while as we have been eating out of the freezer. With swim practice canceled due to some (early.. ehem) afternoon thunder it made for a much easier evening. 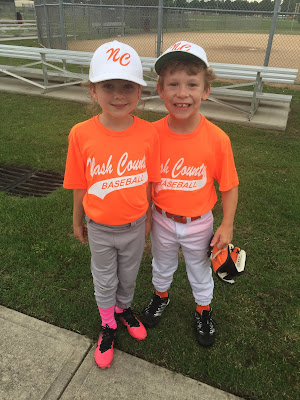 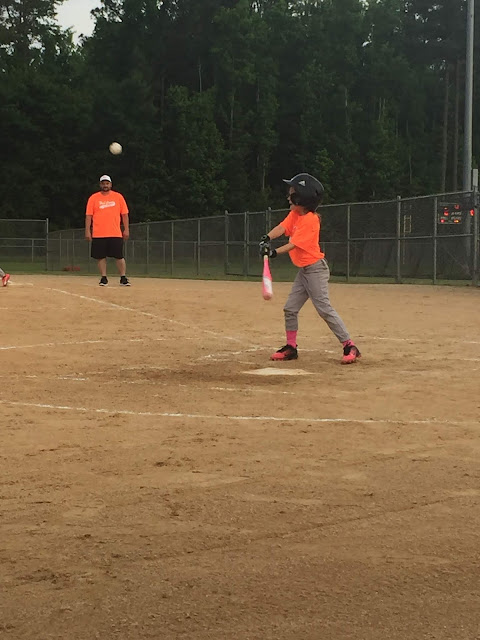 R had a few good hits and wrapped up a very successful season. Time will tell if she decides to play again in the fall. 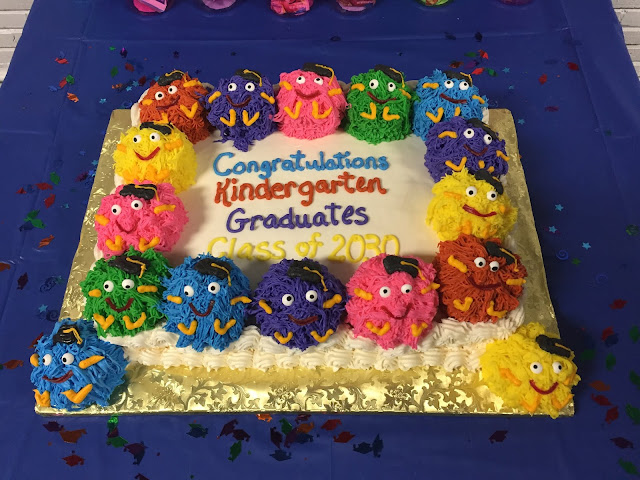 The cake tasted as amazing as it looked! 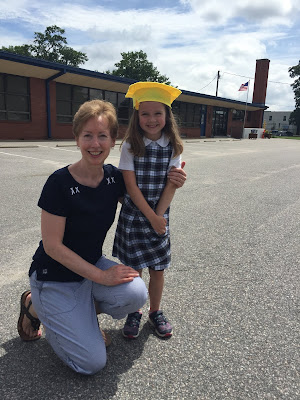 Grammy came up for the cute little program they had 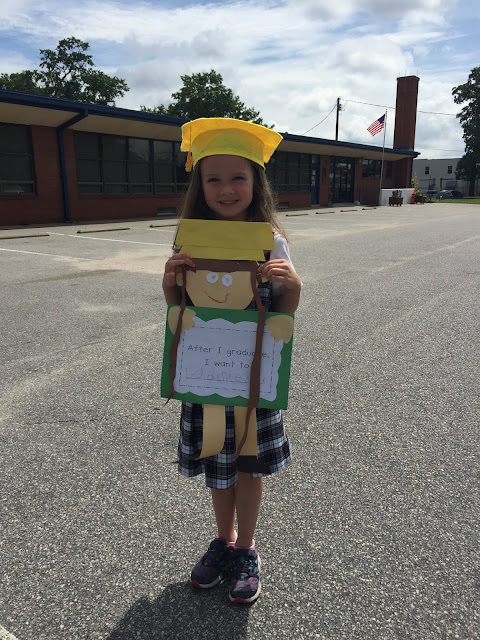 R wants to be a dentist when she grows up. So we will see if that holds true. 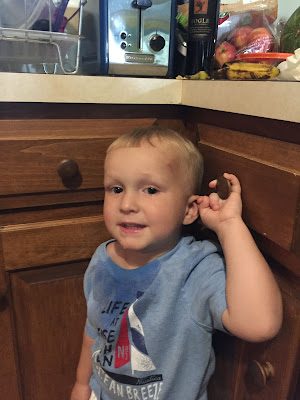 After graduation we took A for a haircut - which he has been begging for. Mainly because he gets a lollipop while he sits in the chair.

We put one of E's American Girl hats on C... 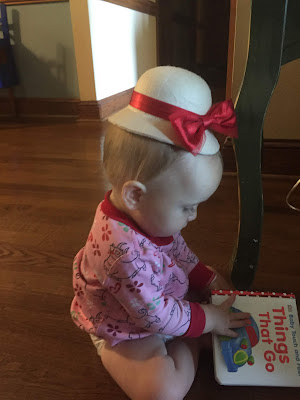 and it was cute and hilarious 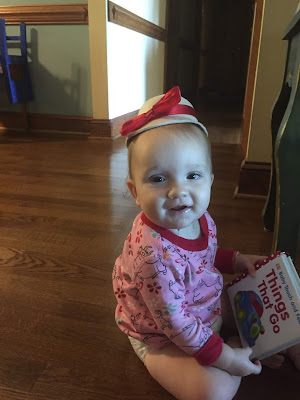 and she's going to be ONE before we know it.

Saturday we have Jibbe's birthday party at our house 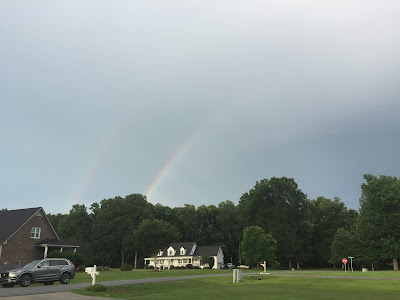 The weather mostly cooperated though it did rain a few times we were mostly spared but it totally justified my decision to put the MASSIVE tent in the front yard and not the back. The back would have been a swampy mess!

We did see a few rainbows which was neat!

Which we go to every year and the food is great and we take an obligatory family picture afterward.
at June 09, 2018