Linking up with Kelly ... pre gaming for school week

It has been a rough week for Catholics. And if by rough, I mean awful. Many more eloquent writers have written more about everything. It is disgusting. It is sad. We pray for the victims. We pray that all the evil men (and women) who are in the Church to depart.

Part of this post really made me think about the scandals in a whole other way "My son wants to be a priest. He talks about celebrating Mass and practices with his Mass kit. I have prayed to God that He would give one of my sons a vocation to the priesthood. But now I just don't know if I want that for him, for any of them."

I got this fancy new desk... 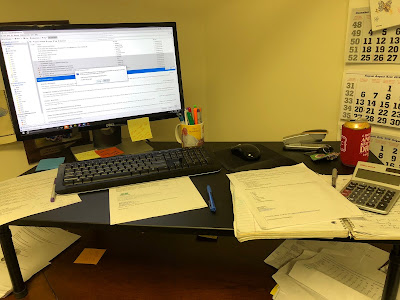 Actually it is really not. Just a 42x24 metal board thing with feet. A few other peeps in the office stand while working so I figured I'd give it a whirl. You know the staying...

We were on the last jar of honey and it had solidified... 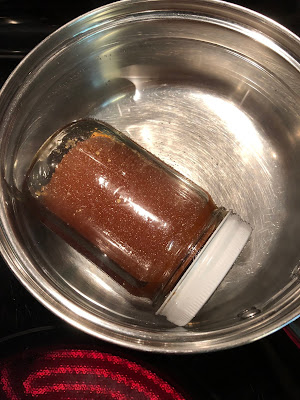 I was really worried I was going to boil it because the directions are clear about the water being hot but not boiling. Reconstituting took longer than I thought but did the trick.

Now we can have peanut butter and honey sandwiches again! BLAAAAAAAAAH!

We soaked in a little more summer at the pool 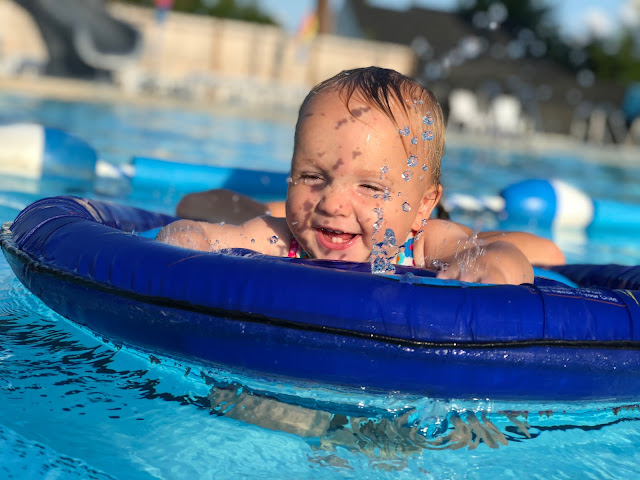 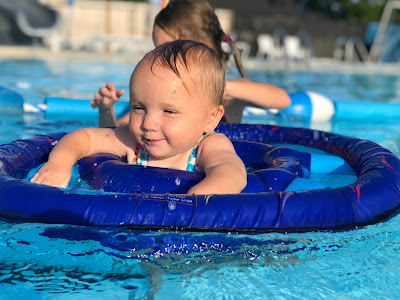 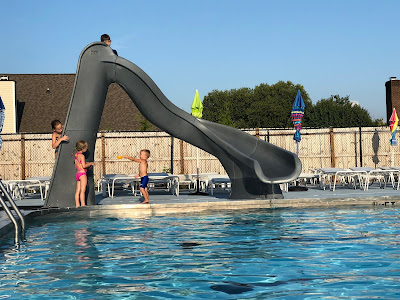 A refused to go down the slide... I think our first bout from the beginning of the summer was traumatizing. Next summer he's going to be going down like a champ!

We had to do our school supply shopping...

This was me and the 3 littles while the 2 bigs were at playground clean up. Thanks for the pic M! 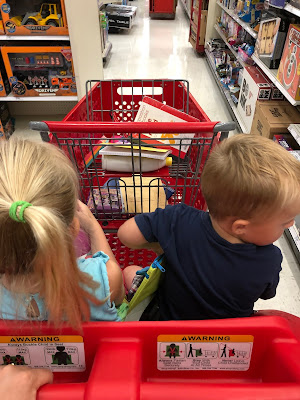 Then we headed into Target with the behemoth cart - which is harder to drive than the van! - plus... And my 2 walkers. The Saturday before school started back.

It is not procrastination for me people. It is just how I CHOOSE to handle things. Did my kids have the coolest folders - no but we did find one good Shopkins one. Did M have the best pencil box - heck no because I've convinced they don't make good pencil boxes anymore they are all crappy - or at least the ones mass market available are.

Anyhow, we made it and I'm glad I didn't school supply shop for a month before school began. I was busy in summer mode.

Also, it is worth noting I gave the Wally-world pick up app a shot for about half the school supplies.

Point.
Click.
Crayola markers, pencils, paints, scissors etc was too easy and I had a discount code.

I purposefully left folders off and a few other things (Hi Target) because I needed to put my hands on these things.

My Wally's experience was nice. It mainly cut the jabber from the kids of CAN I HAVE EVERYTHING COLORFUL AND GLITTERY IN THE STORE??!?!?!

My shopper was really nice and brought my stuff out and told me they didn't have any scissors left and something else got  replaced - totally fine.

I got home and unloaded and peeked in my bags and crazy me had ordered 3 packs of skinny dry erase markers - I swear they looked thick online at 11:15 pm when I was ordered them

Lee had to return them for me and pick up scissors which he obviously had to go into the store for thus defeating the purpose of online ordering but whatever. It was operator error. 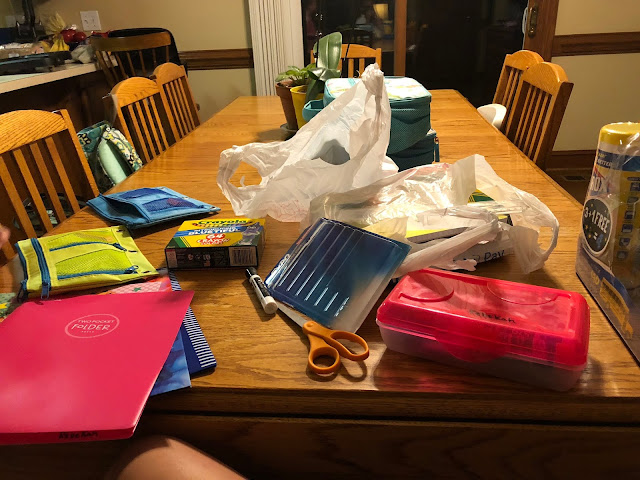 Then for the next 3.5 days the girls wanted to peruse everything but I nixed that until the night before school which almost killed them.

And then school happened.... And the first day I picked them up on their halfday and had packed lunch for the pool which was met with grumbling but one day they'll thank me. 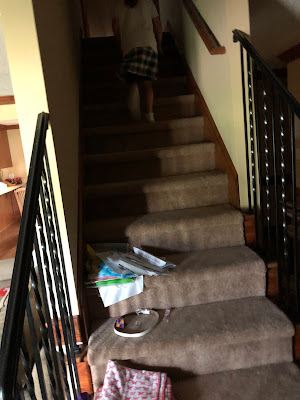 And then homework became a reality But we survived it 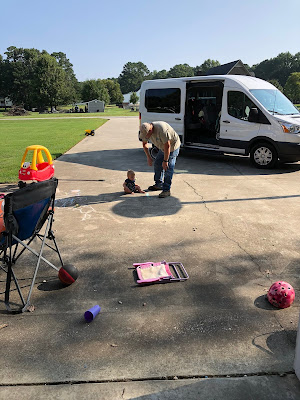 I spent one of the halfday morning sweeping out the garage with the little peeps who were not in preschool. I was glad to get that done and throw some stuff out including a little dead mouse.

To close I don't think I've fully dished on the fall sports line up but here's a teaser... PB bites for a prepractice snack He was loving his shinguard and soccer shoes and rolled around in the grass more than he stayed on his feet but the Rabbits are going to rock it out this season... I just know it!

E stitched this photo together or something. But obviously the next most important thing at soccer outside of postgame snacks in the postpractice playground run